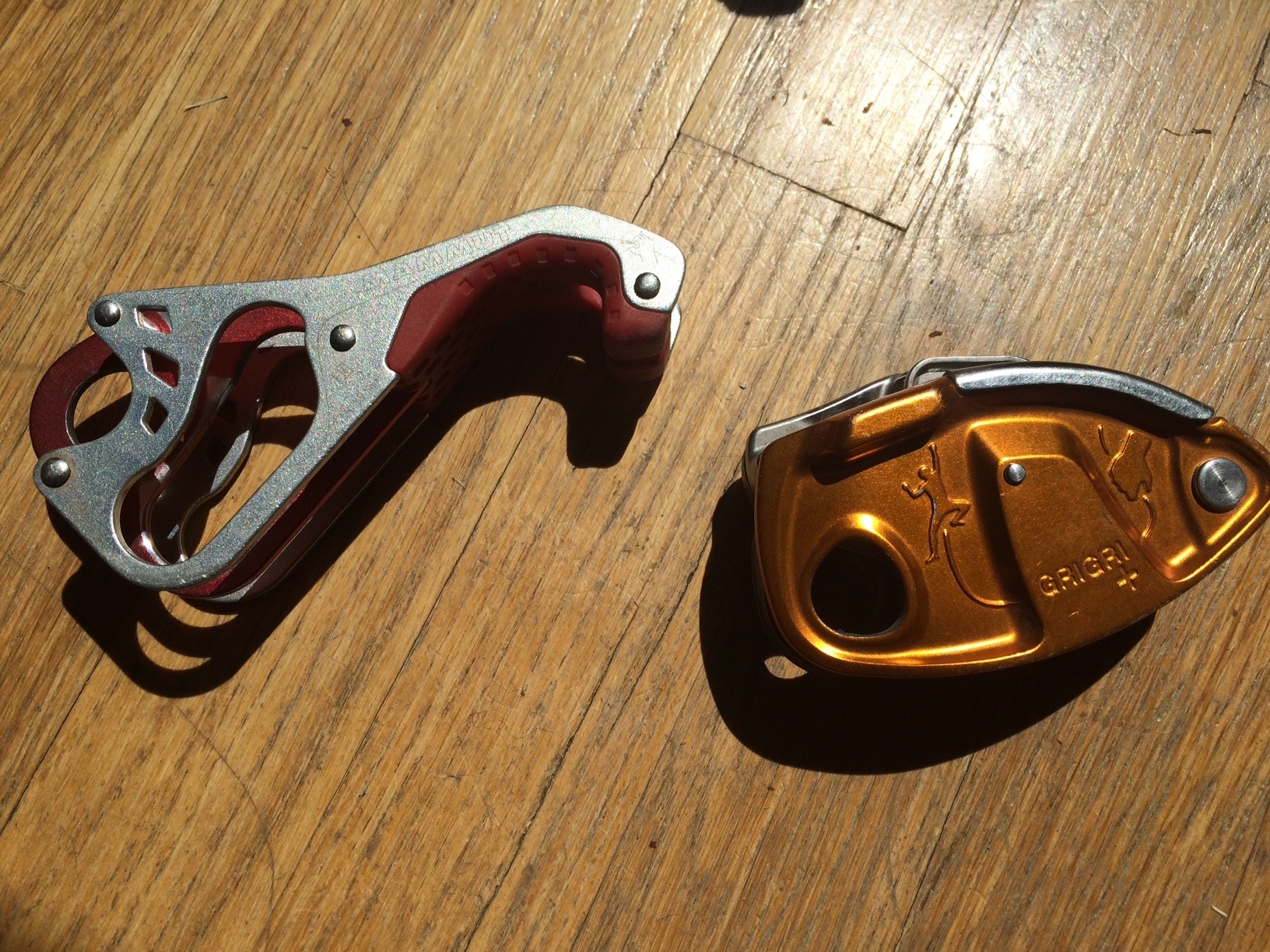 With more and more options for a safer belay, The Zine got its hands on two of the most innovative devices, The Mammut Smart Alpine and the Petzl GRIGRI + (Plus). Let’s start with the Smart. 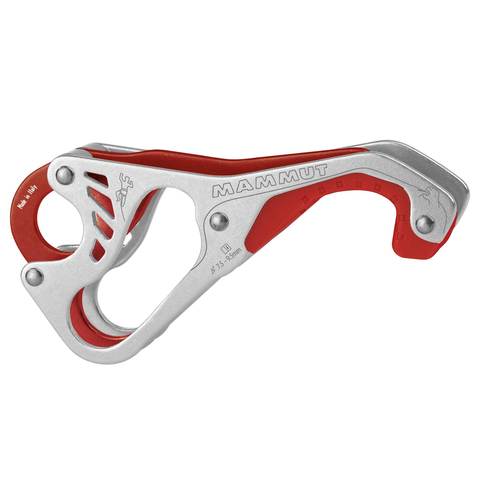 I first noticed this belay device hanging off the harness of a friend who runs a local climbing shop. The first thing that struck me was how big and clunky it looked. I wouldn’t have given in a second thought if it was some random climber, but this guy gets to see all the gear that comes on the market, and he chose the Smart as his preferred belay device. So, I knew it was worth a closer look.

The first thing he mentioned was the lock off feature for both belaying and rappelling. This was similar to the Edelrid Mega Jul , a device I like, but didn’t feel was all that smooth for rappelling. Once I borrowed a Smart and felt how useful and smooth it was on rappels I immediately bought one. After all rappelling can be the most dangerous part of any given climbing day.

The rappelling option is my favorite feature of the Smart. It locks off as a prussik would. I find the Smart to be the safest rappel device I’ve ever used, and is not as jerky as similar devices that will lock off in rappel mode. (Note: that Mammut still recommends using a prussik while rappelling with the Smart.)

Friends have referred to the Smart as an “alpine GRIGRI”. Though it certainly doesn’t feed rope out as smooth as a GRIGRI that’s not a bad and simplified way to refer to it.

The device does automatically lock off when weighted for lead and top rope belaying. Though this model is rated for ropes that are 8.7 to 10.5mm, I’ve found it to be jerky when the rope is 9.8mm or thicker, especially if its a well used rope. For top ropes it works great, just as well as a GRIGRI.

All in all, the Smart is a game changer—and if I had to only pick one device on the market to use for all the types of climbing it would be this one.

I always carry two belay devices to the crag: some version of what we refer to as the ATC (obviously from the above review it’s currently The Smart) and a GRIGRI. So naturally, I wanted to check out the “new” GRIGRI+. 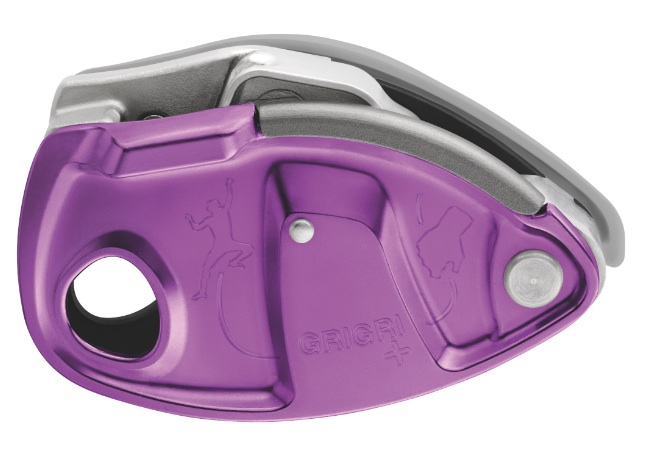 I found the GRIGRI+ to be smoother than the GRIGRI 2, especially when feeding out rope in the lead mode. (The Plus has two modes: lead and top rope, which can be changed using a switch on the back of the device.) The lead mode was designed to feed rope out quicker to a leader.

There’s a noticeable improvement by adding a steel plate to where the rope runs over the device when lowering a climber. Anyone who has an older model of the GRIGRI can surely notice wear in that area.

The anti-panic feature in the Plus is the major difference in the Plus versus the GRIGRI 2. If the user pulls too hard on the handle, the anti-panic function brakes and stops the descent. I think this will be especially helpful for those new to using GRIGRIs.

Another improvement worth noting is the Plus can handle ropes from 8.5 to 11mm, the widest range yet of any GRIGRI. It is also worth noting the Plus is slightly heavier than the GRIGRI 2.

All in all, these subtle improvements have created another refined GRIGRI, building on what was already a unique and irreplaceable device.

GRIGRI Plus on Backcountry.com