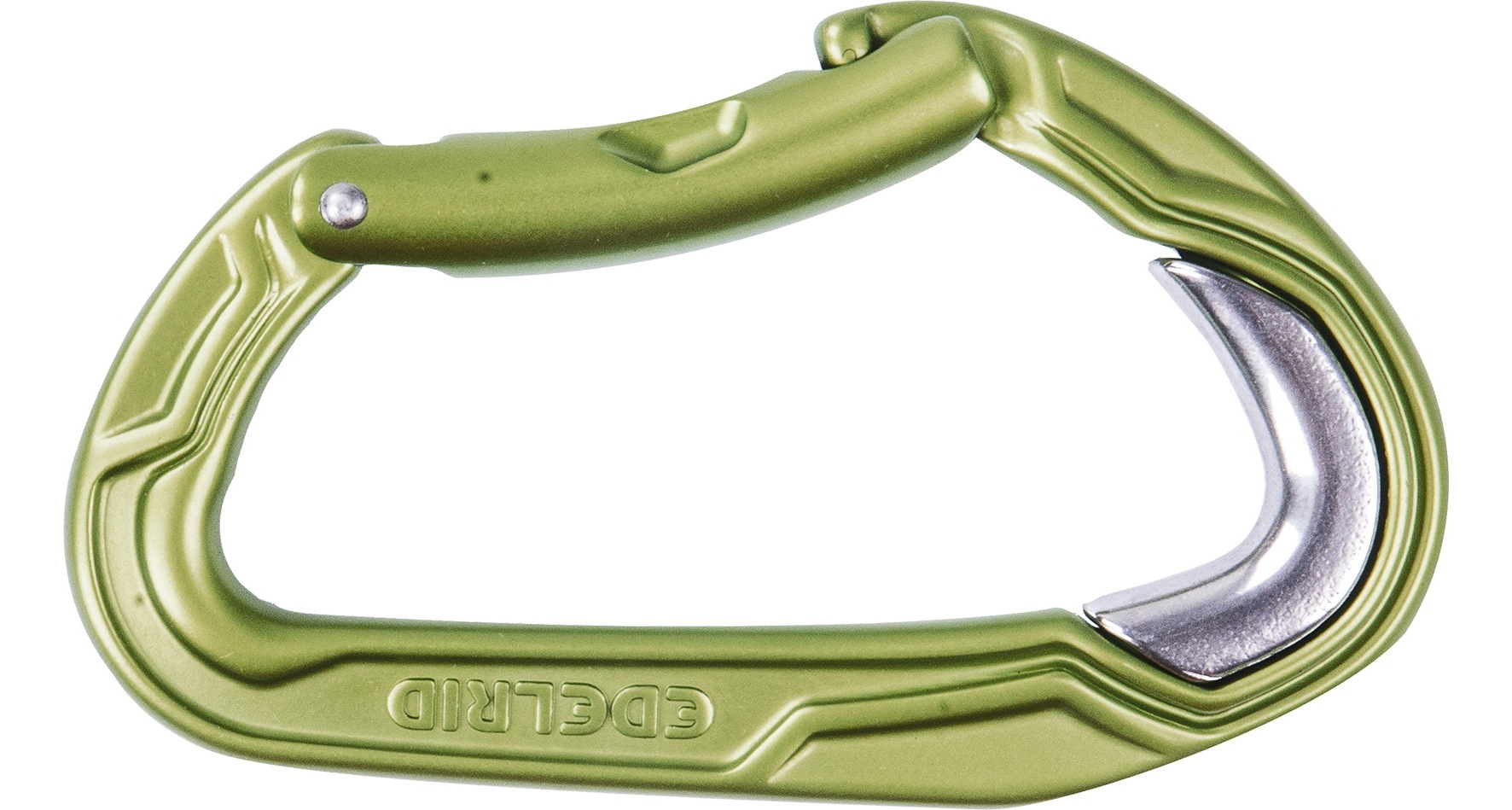 Every once and awhile a climbing product will come along and as a community we’ll collectively be like, “that’s a great idea, why didn’t they think of that sooner”? The Edelrid Bulletproof carabiner is one of those items.

The concept is simple, but it’s definitely a game changer. Edelrid has designed a carabiner that has a steel insert where the rope runs through. This drastically reduces the chances that a carabiner is going to become sharp, which could potentially damage or cut the sheath of one’s rope.

I picked up a set of these quickdraws this fall, and have used them every time I’ve been climbing since. I often place one on the first bolt of a route, which traditionally gets worn the most. I also use them at the anchors of a route while toproping. After months and months of use there’s relatively zero evidence of wear. When comparing that to a “normal” carabiner that’s being used at an anchor the difference is very noticeable. These are carabiners that are going to need to be replaced less, and also reduce the risk of a sharp edge cutting your rope.

I love these things.

The next thing that came to my mind is that it would be awesome to have a locking carabiner option for this same feature. After all, don’t most of us replace the carabiners we use for rappelling quite often? I know I do. The good news is the Bulletproof locking carabiners are on their way, and the folks at Edelrid have told us they are expected for a March release. You can be sure I’ll be adding a couple of these to my rack.

The Edelrid Bulletproof Quickdraw (on Amazon)

The Edelrid Bulletproof Carabiner (on Amazon)