The Ten Sleep Dream (a poem) by Georgie Abel 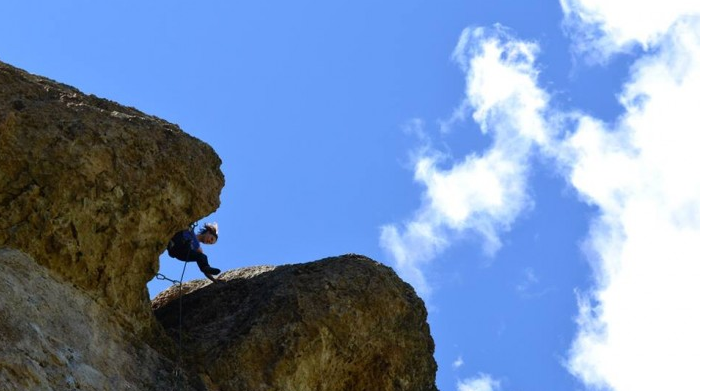 The Ten Sleep dream
is where you learn to feed yourself with moonbeams
and marvel at the way steam rises from your coffee
You respect the way light chooses to balance itself on
river rocks
You feel yourself from six years ago
Six years ago, it took ten sleeps
To get yourself to Ten Sleep
and enter the dream.
The dream was different then.
You just wanted him to love you
But now, after ten sleeps,
You look to the steep canyon walls,
Jutting up from the hillside like smiling teeth,
You’re in the dream, Ten Sleep dream,
and you hold your past self like a baby
In your own arms
It’s going to be ok, you tell her
You know it’s going to be ok because
look at you now,
You’ve got the same light
Gleaming through your eyes
That shatters through the trees in the morning
Ten Sleep dream,
Same light that drenches the canyon
Walls with summertime, all Van Morrison and 4th of July,
Big sky, big like you can fly, no more lying to yourself
About what really happened back then
You
Were
So strong
Still are, all day long,
and Ten Sleep dream
Is forgiveness
As big
As this sky
Look around, honey,
Sunflowers douse the hillside where the fire happened last year
Six years, been six years since you first entered the dream
Your rage blooming in the sun,
The Ten Sleep dream,
but that flower has lived and died
Dust now,
Dirt now,
Over now
Ten Sleep dream, took ten sleeps to
Fall asleep and while
You were sleeping the canyon swallowed
You whole 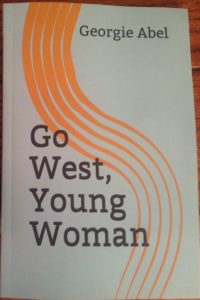 Georgie Abel is a climber, writer, and yoga teacher from the San Francisco Bay Area. She loves slabs, coffee, power spots, highballs, gin and tonics, poetry, running in the mountains, and not training. Her book of poetry, Go West Young Woman, can be found online. She writes about her adventures at www.georgieabel.wordpress.com. Banner photo of Georgie by Dylan Hightower.