The Desert – is now officially released (plus Spring Book Tour) 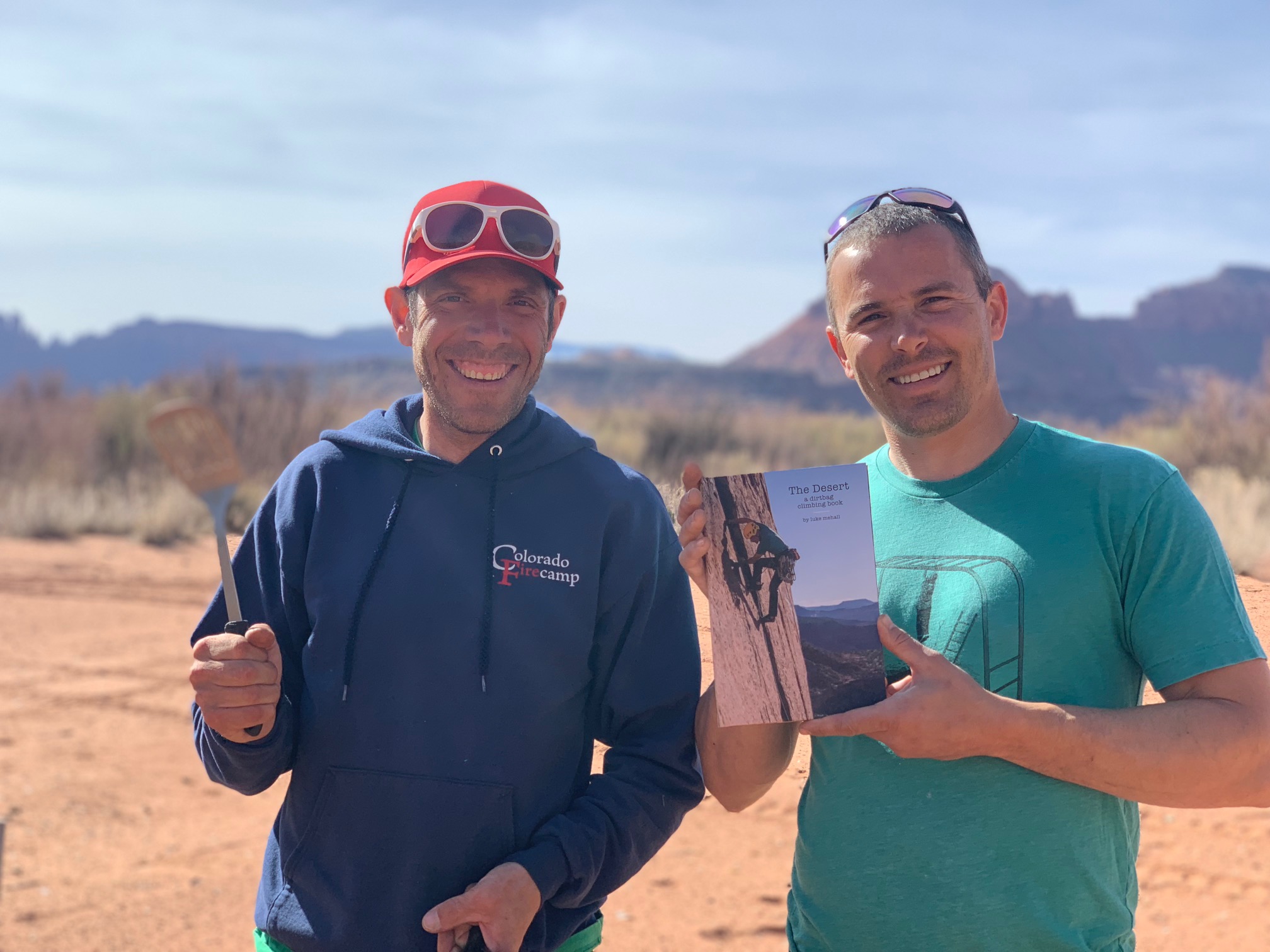 Last Saturday, April 20th, was the official release for my fifth and final “dirtbag climbing book”, The Desert. The book is now available to order through our online store and I will be embarking on a spring book tour starting this week.

Here is a look at the introduction to The Desert, and some information on the spring tour: 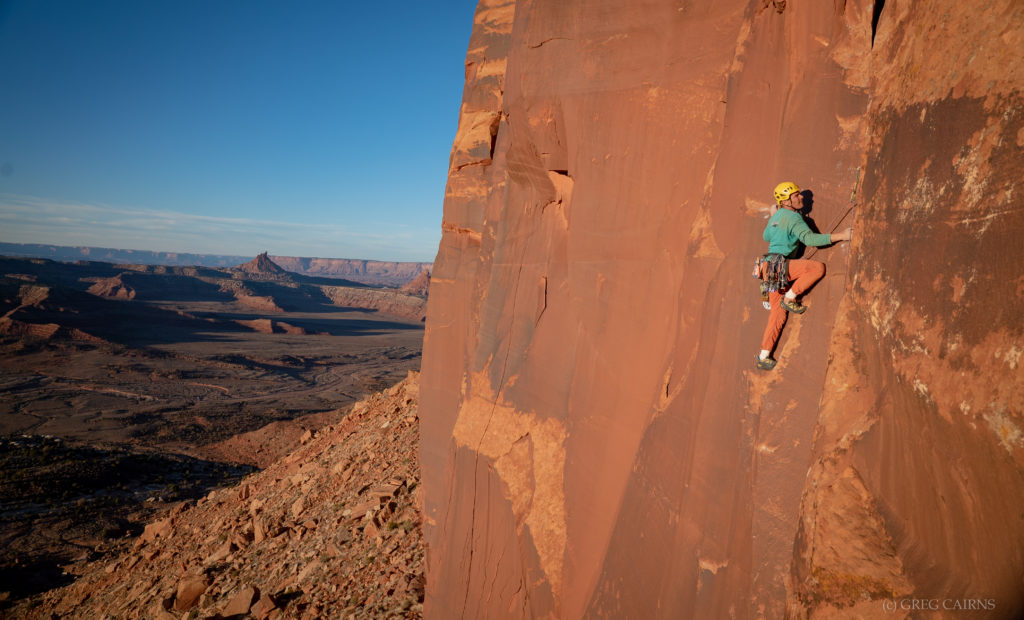 This book began when I made my first trip to Indian Creek, Utah, in 1999. For nearly two decades now, I’ve been exploring this place that climbers simply refer to as “The Desert.” This book documents that exploration, both internal and external.

As a writer, I’ve always felt drawn to “The Truth,” yet as I look back on my life, I realize I’ve been guided by myths more than anything—I think most of us are. The myth that led me away from my childhood home of the Midwest was that freedom and happiness could be found on the open road. I can blame Jack Kerouac and Jerry Garcia for that one. Though those two “heroes” ended up being consumed by their demons, I hope somehow they know the seeds they planted ended up saving other lives, those of us, like myself, that, so far, have been able to live with the light.

Mainstream American culture was what led me to the counterculture. In Jerry’s words, “It’s hard to find adventure in this new, lame America.”

If I’m looking for adventure, The Desert always provides, yet it gives much more. As Edward Abbey put it in his introduction to Desert Solitaire, “When traces of blood begin to mark your trail you’ll see something, maybe.”

The myths of the beatnik and hippie counterculture, which so heavily influenced the early American climbers, made more sense to me than the myths that created mainstream American culture. However, living out the dirtbag dream made me realize I’d probably be headed to a place where I might get a little too acquainted with my demons, so I moved closer toward the middle.

The desert is a landscape I’ve written off many, many times: too dusty, too barren, too unfriendly, too windy, and too harsh. My dreams have evaporated in front of me too many times.

Somehow in leaving, I always want to come back. Like a long and drawn-out love affair that eventually leads to marriage, the desert has a piece of my heart and always will. I dream about it even when I’m in other rock climbing paradises, sometimes wishing I were there instead of where I am, which is crazy.

Don’t worry; I’m not dying. Not yet anyway. We all are headed to that same place though, and that certain ending is what calls us to create. Or at least that’s part of the motivation for me. There’s really nothing to lose by choosing to be creative, to do something different.

In these two decades of believing the myth of the dirtbag climber—that, like rock ’n’ roll, it can save your mortal soul—I’ve watched climbing grow exponentially. And that growth has certainly found its way to the desert, especially to Indian Creek. Some older climbers really resent that, or at least lament it, and on occasion I do as well. So I must force myself to look at the bigger picture—we’re living on a crowded planet, gobbling up resources at an exponential rate, and if you believe those “fake news” scientists, we’re on the brink of a climate crisis, and an extinction crisis. And when you think of those things, more people at rock climbing areas right next to a paved highway doesn’t seem like such a big deal. The importance is knowing how to interact with this delicate land.

Besides saving my mortal soul, climbing gave me a job. I’ve had the pleasure to write the stories, the myths, and perhaps even more importantly, as an editor, I’ve had the honor to help other people tell their stories through my publication, The Climbing Zine.

At one point in the history of The Zine, I recall being worried about running out of stories, like perhaps someday, they would stop coming in. That worry, like many worries, ended up not coming to fruition. If there’s one thing that climbing provides, it is stories, and the potential is absolutely infinite.

And so is the desert, at least in the realm of what one human can grasp. As I write about the desert, I know that I will only see a percentage of its wonders in my lifetime. I also must note that I am no expert, nor do I have a deep history with this land. I also don’t want to be no Wild West cracker, thinking that this land is mine because of manifest destiny. If there is any bullshit myth, it is that this land belongs only to the white man.

When Ed Abbey wrote Desert Solitaire, he cautioned the reader about getting in their car and heading to the desert expecting to find what he wrote about. In some ways, that could be said about this book; most of the stories I write about here have taken place in the newly created and recently dismantled Bears Ears National Monument.

That said, even though the Trump administration has tried to dismantle these protections, the place is getting more and more popular, and we need to unite as a people to continue to assist with protections, as well as the education process. The Bears Ears Education Center in Bluff, Utah, seems like a good place to start.

To appreciate a landscape is to know it, and to know how to properly interact with it, we all need to consider our impacts. Old manifest destiny myths are coming back, and we the people must fight back with The Truth.

And if I know one place to find the truth it is The Desert.

(all events are free to attend):

Grand County Public Library (with Back of Beyond Books) Moab, Utah

Luke Mehall is the publisher of The Climbing Zine. His fifth book, The Desert, is out, and he will be traveling the United States this year to promote it. You can order a copy HERE.

The Desert, now available for order