Off Root on El Capitan 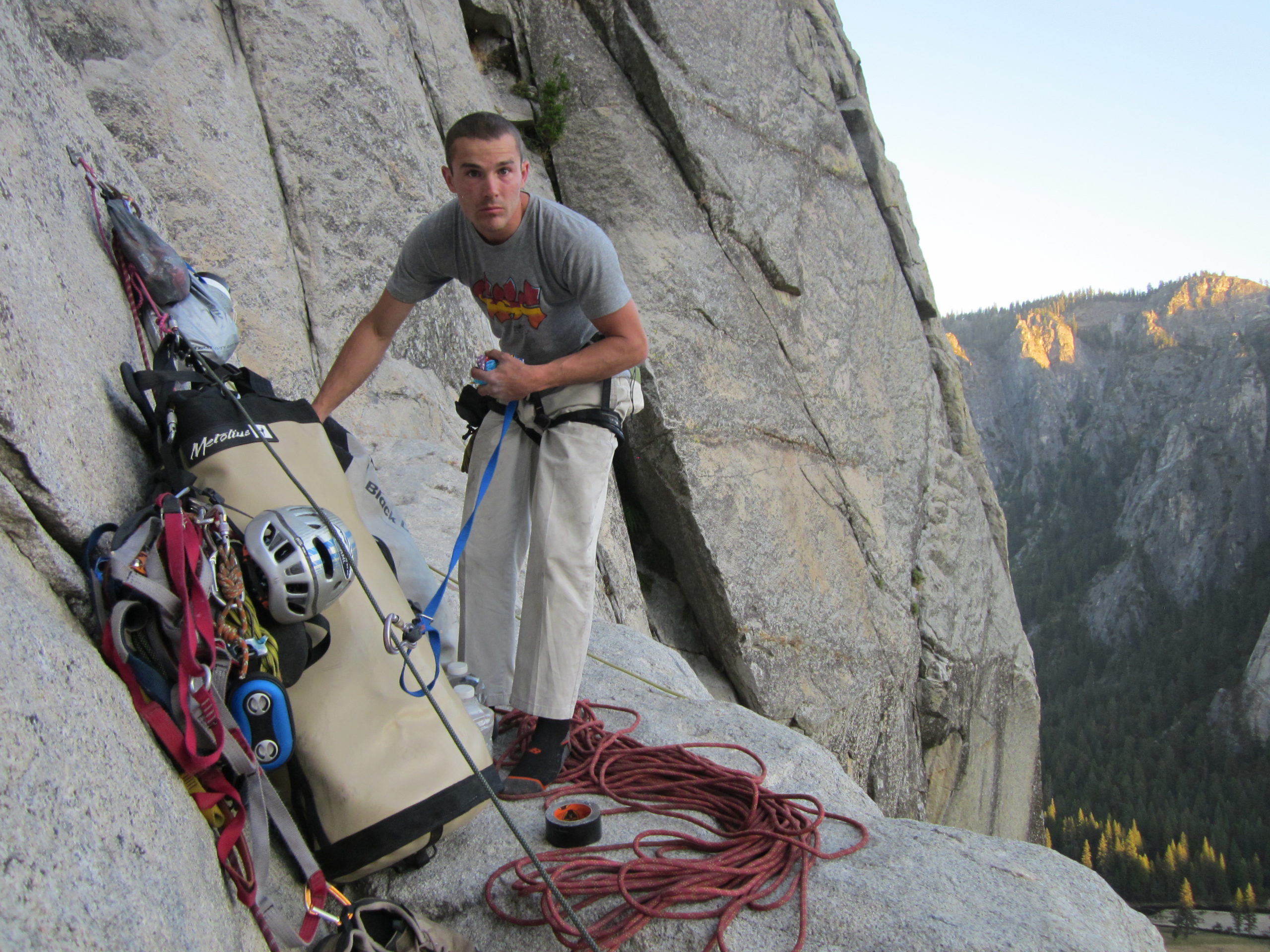 by Luke Mehall, publisher of The Zine

Over the last few years I’ve spent enough on my mouth that I could have probably bought a Tesla with. I had braces for two years, had a gum graph completed, and six crowns. Luckily, I like my dentist, and the whole staff there.

Here I was in need of a root canal, and technically I was actually in an endodontist’s chair, because that’s who performs root canals. The cause of this root canal was a mystery, until he asked me, “Have you had any trauma on this tooth?”

Instantly I was transported back to being near the top of El Capitan in Yosemite National Park. We were on day four, and I was climbing an overhanging thin crack with what seemed like an infinite amount of air below us. For perspective if you’ve seen Free Solo, I was close to where Alex Honnold was near the end of his historic climb. Except I had a little more baggage than Honnold: we were using ropes, gear, and camping supplies; plus we had four days of poop in a pvc pipe that climbers call the “poop tube”. Actually leaving no trace is nearly impossible, but carrying your poop with you is a requirement these days.

Anywho, as I was climbing and placing gear I somehow smacked myself right in the face with a carabiner. Immediately I thought I’d knocked my entire tooth out, but I felt around and it was intact, and there was no blood. I figured I was all right. And I was. For eight years, until suddenly that tooth started hurting, and the endodontist informed me of why I was in need of a root canal.

Free Solo, which won an Academy Award for best documentary last year, has changed many things in climbing. As a climber, and one who is very critical of climbing media, I was impressed. I was impressed by the feat, and how the story was told. I recall the day I found out about his solo a tingle ran down my spine and I felt a surge of inspiration and pride. Honnold made me smile from ear to ear. The impossible had become the possible.

There’s little debate of whether this is a great film. A quick Google reveals a 9.7 rating on Rotten Tomatoes, and in all the conversations I’ve had no one has criticized the film itself. The criticism I’ve heard is exposing free soloing—climbing without a rope—to the general public; possibly encouraging others to emulate Honnold.

I’ve done a bit of free soloing myself and I’ve realized—similar to an LSD trip—that’s its not for me anymore. I’ve felt enough terror unroped on a rock that I’ve mostly sworn it off. However, the true reality is that any trad climber does some amount of climbing unroped. Whether it’s an easy route in Joshua Tree, or scrambling to reach the objective climbing without a rope is something almost all climbers do at some point.

We are living in a day and age where people die for selfies. It took me a few years, and many headlines, to digest this, but sadly it is true. People do dangerous things for social media. It’s symptomatic of our culture, but here’s the thing: Honnold didn’t free solo for any other reason than it was his lifelong goal. His intentions were pure, and luckily for us, this historic process was captured in film.

Honnold’s climb was an extension of his own free solos, and he also proverbially stood on the shoulders of other soloists. Sadly, the two contemporaries that were considered his peers—Brad Gobright and Dean Potter—both died in the last few years. Neither died free soling though. Gobright died this winter in El Potrero Chico, Mexico in a rappelling accident, and Potter died in a wingsuit flying accident in Yosemite in 2015. The man who is perhaps the most prolific free soloist of all time, Peter Croft, is still living and breathing, and in his sixties still climbs harder than most 25-year old’s.

I am happy that Alex Honnold is still with us. He’s a good guy, and he’s seemingly unaffected by fame. He still lives modestly, and he’s created a foundation, the Honnold Foundation, that funds renewable energy projects, often for those that don’t have electricity. And, I recently saw on Instagram that he got engaged, something that makes me extra happy for him, because I also got engaged recently!

In a cancel culture, in a society quick to judge, as a writer I feel the need to write that hindsight is 20-20. I’ve done several stupid things in life and climbing that should have gotten me killed. When someone purposely dances so close to the edge it’s easy to judge them, but its seemingly harder to just watch them dance; and realize that human potential is infinite. If you’re dancing close to the edge with a selfie stick that may be your end.

While Alex Honnold danced so close to the edge he completed a feat that took him four hours without a rope; a feat that took me and my partner Dave four plus days. Honnold escaped unphased, but Mehall ended up needing a root canal; I’ll let you be the judge of which man was more reckless.