Loss In The Time of Corona: Dan Escalante we will miss you! 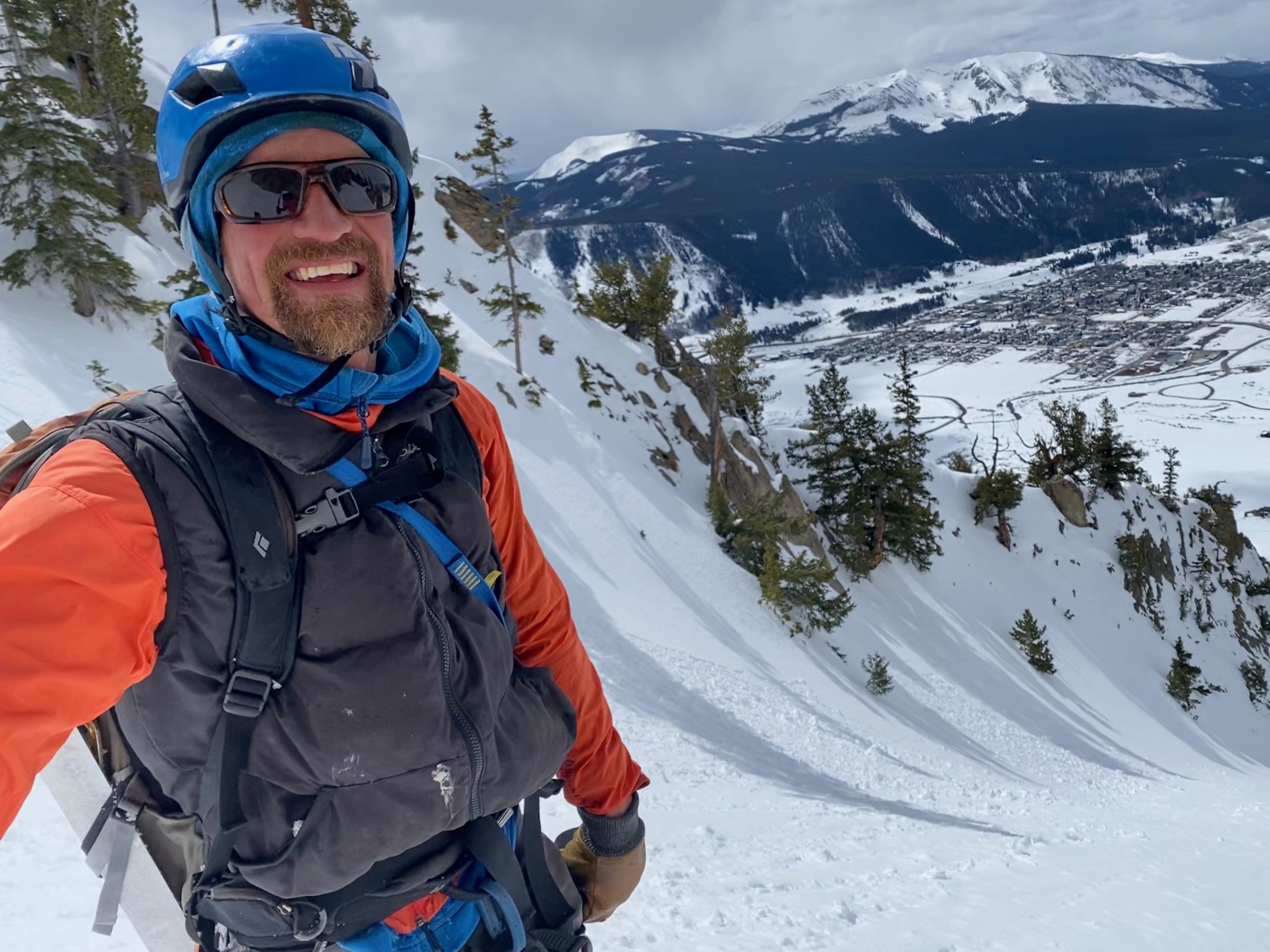 There’s a lot to write about these days, yet I’m sure I’m not alone in struggling to find the motivation to write. The struggle is where the blessing lies, in writing. If you spend enough time, and let the muse visit you, eventually the words will come.

I had some ideas bouncing around in my head of what I would write about this week, and then tragedy struck. My friend Dan Escalante was killed in an avalanche while backcountry skiing in Crested Butte.

I was doing a climbing workout in my garage when I got the news. I saw my friend Shaun’s name pop up on my phone and answered it in a cheerful manner. Then he said, “Oh, you don’t know, do you?” And then I braced myself for bad news.

Calls like these are all too routine for those of us that live and breathe for dangerous sports. It doesn’t take away the sting, or the pain. I cried for Dan, got a beer, and then thought about who I needed to call and tell the bad news to.

My fiancee Amber had just started a yoga practice, and I didn’t want to interrupt her self care. As a nurse she needs that now more than ever. They say time is relative and that hour and a half that she was practicing seemed like an eternity. In tears, I told her the news when she was done.

More tears and phone calls. I wept uncontrollably while eating dinner and listening to a tribute show on KBUT, Crested Butte’s community radio station. One friend told me he hated backcountry skiing because of all the losses our community has endured. I’ve lost more friends to avalanches than anything.

In normal times, we would have been packing up the truck and driving right to the Gunnison Valley to be with friends. But given the current circumstances, it didn’t feel right. Others that were closer to him went. My dear friend Adam Ferro, who considered Dan his best friend, drove up from Durango and was there for the body recovery.

Given that I wasn’t as close to Dan – I didn’t even have his phone number – made his loss no less devastating. Dan was special, and it wasn’t hard to see. It was so obvious that you took his light and levity for granted; that once you met him you knew that God occasionally created people like this.

Dan was a climber, yet I never tied in with him. But we shared the part of climbing that is just as important as the act itself: the community. Dan represented the old school mentality of Crested Butte: to live humbly, help out your neighbors, and enjoy the mountains and the mountain town culture. In the last few years, he had told me that my writing had become more “crusty.” From a guy like Dan, that was an ultimate compliment. He wanted towns like Crested Butte and Gunnison to remain viable for middle class working folk, and he did everything he could to keep that dream alive.

He was a mountain guide and a builder. He owned several properties in the Gunnison Valley and was always helping people out with creative solutions to find a place to rest their heads. He was a savvy businessman who looked like a hardcore dirtbag; all while being extremely handsome. The ladies loved Dan and he reciprocated. I remember him wearing scrubs – not because he was a medical professional, but because they were cheap clothes!

I hope that I’m doing Dan justice with the words I’m writing. I honestly had no idea what he meant to me until his death. He was a pure soul, and it’s always these pure souls who die in their prime. His absence will be felt by many, I have no doubt about that. He was a pillar. A legend. A climber. A skier. A boater. An adventurer. A lover of music. A blue-eyed Mexican. A former elected official. A radio DJ. A mountain guide to countless. A best friend to many. Irreplaceable. Unforgettable. The type of person we all want to be, but most of us are not cut out for his level of kindness, love and empathy.

The night Amber and I listened to the tribute show for Dan on KBUT, the DJ, Pat O’Neill, said something to the effect of, “get up and dance, you know Dan would want you to.”

So we did. In our living room. There’s been a lot of boring nights lately, and I know Amber and I have both been bored with our COVID-era routines. But all of a sudden, in all this grief, there was magic. Pure magic that flowed from him, from the Gunnison Valley, from everyone who was listening.

My heart goes out to Dan’s friends and family. My heart goes out to everyone who has lost someone during this very strange time. I’ll leave you with words from Randy Felix, a captain in the Crested Butte Fire Department and best friend to Dan: “Dan has countless close friends and adventure buddies. Almost everyone who knows Dan has been on some awesome adventure with him. I am so fortunate to have traveled the world and climbed with him. The outpouring of love has been beyond belief. Keep it coming. Show your love for Dan however you can. As for what’s next, not sure. I’m sure we will be having a celebration of Dan’s life at some point. This could very well involve a thousand people! For now, keep sharing photos and stories.”