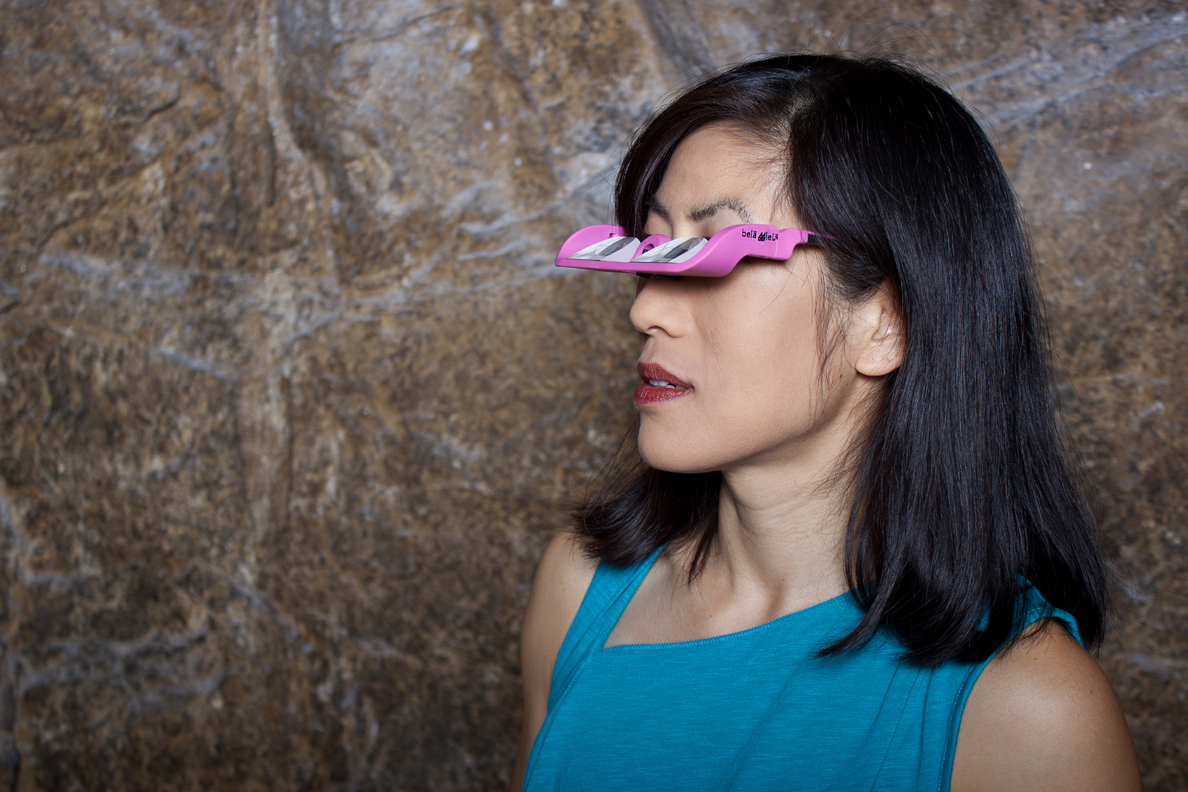 I’ve been asked that question 20 times in the last month, while testing out my new belay glasses. They look like a heavier version of movie 3D glasses, and although commonplace in Europe are just starting to catch on here in the United States. The glasses, made by Belaggles, are designed to help reduce belayer’s neck:  a condition created by compression on the joints, nerves, discs and bones in the neck.

As a climber of 15 years, and someone who has suffered pain and discomfort from belayer’s neck, the Belaggles have been a welcome addition to my climbing gear. Since the day I got them they haven’t left my pack. However there is a learning curve, and using them while belaying takes some time. 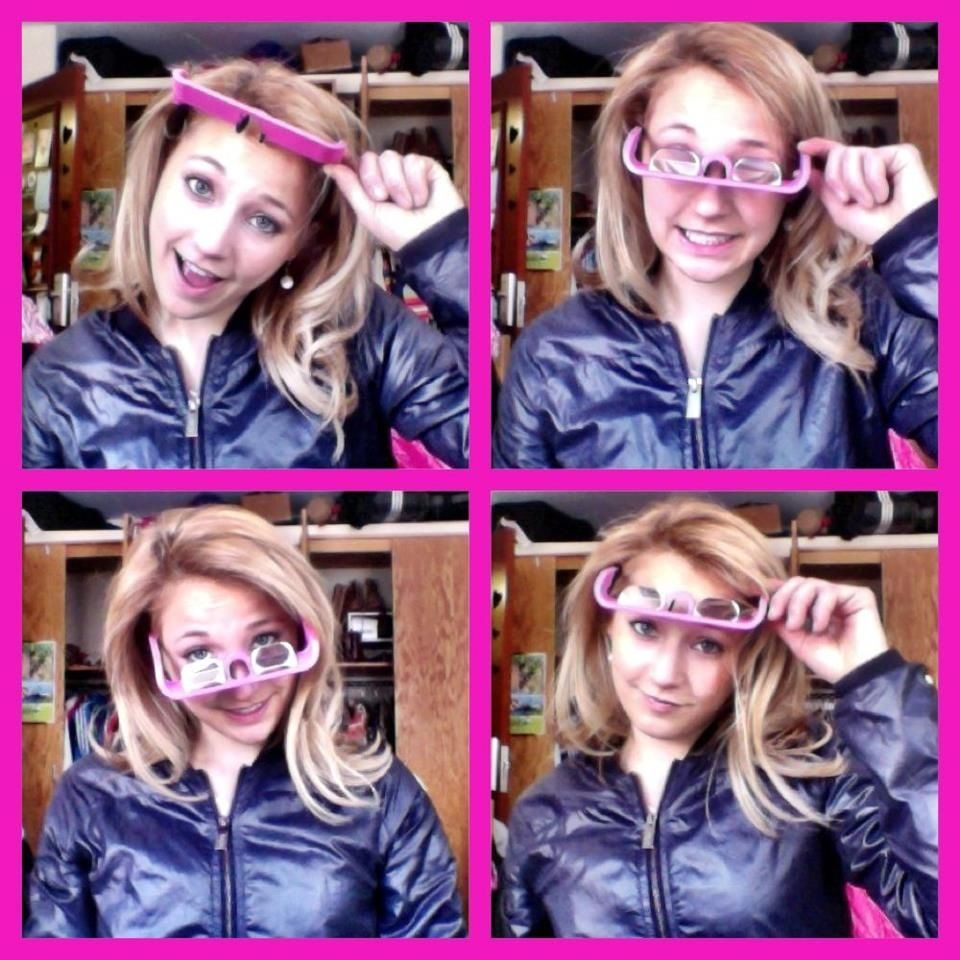 Sasha Digiulian checks out the Belaggles. Photo courtesy of Belaggles.

Initially when I put these glasses on I felt dizzy and disoriented, like the first time I went to a 3D movie. After I got used to them I really enjoyed not having to bend my neck drastically back to see the climber I was belaying. When my climbing partner was 100 feet up I was looking at him, as I would be when he was five feet off the ground. It also magnifies the climber and with these belay glasses its incredibly easy to really focus in on what’s going on. Since your normal point of view is blinded distractions are minimal.

After 10 sessions out climbing I realized that simply putting these glasses on when the climber leaves the ground is a mistake. The climber isn’t visible with the glasses until she or he is about 10 feet off the ground. Also, with the magnification of a difficult move is near the beginning of the climb, its difficult to focus and belay them properly so they don’t hit the ground. I like to keep the belay glasses hanging off my neck (using the eyewear retailer included with the glasses), and then put them on once my climber is 15 or so feet off the deck. (When toproping they could be put on sooner.)

Another important thing to keep in mind is do not look into the sun while wearing these. Belaggles notes that they are not designed in any way to block out the light or radiation from the sun.

While I’m personally using these glasses to reduce some the discomfort and pain from belaying, to some climbers with more severe injuries these glasses are invaluable. Chuck Claude, a climber from Flagstaff, Arizona, recently fractured his C4, C5, C6 and C7 in a mountain biking accident, and was partially paralyzed for some time. To him belay glasses are essential. “For me using the Belaggles is critical to the health of my neck,” Claude said. “Without using them I would probably have cramping, pain, and worsening neuropathy which would likely preclude me from climbing significantly.”

Belaggles are certainly not the only brand of belay glasses on the market, but from what I’ve seen they are the most durable. Most of the other brands are considerably lighter, and thus more prone to damaging. Some of the cheaper ones feel like glorified reading glasses, and since they are less stable it’s easier to get dizzy wearing those. That said if you want to bring your belay glasses on multipitch routes (I personally don’t bother) one of these lighter pairs would probably be better than the Belaggles. The Belay Specs are a high quality, lightweight option. Belay Specs are also designed to fit over most prescription glasses, something the Belaggles can’t do.

While the Belaggles have their nuances, I’ll be using these every day I’m at the crag or gym, without a doubt.