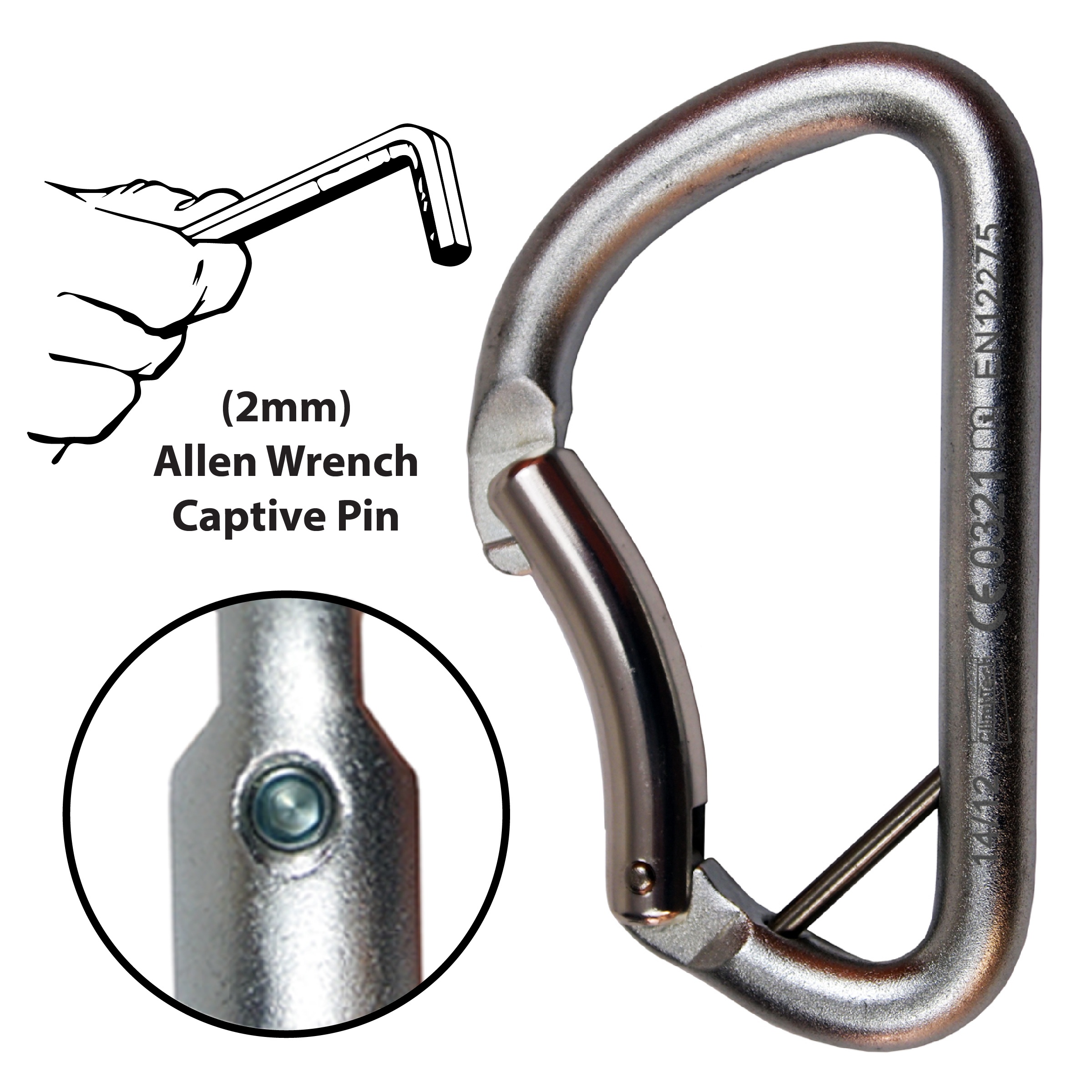 Love them or hate them, fixed draws are becoming more and more of a staple in the sport climbing world. They make things more convenient, saving a lot of time when cleaning overhanging and traversing routes, but they also create potential problems: the worst of those creating sharp, dangerous grooves in the biner.

There have been multiple cases of ropes getting cut because of aluminum biners becoming razor sharp; with at least one reported death. Go to your local sport crag with fixed draws and feel around on the edges of the biner on the first bolt and you’ll see what I mean. This is a potentially large-scale problem, with a very basic solution: use steel carabiners, instead of aluminum ones.

At our local limestone crag, the Golf Wall, fifteen minutes from Durango, we’ve had the same problems that everyone else has: people install fixed draws with aluminum biners, and then they don’t properly maintain them. The first draw, which typically receives the most weight and wear and tear, becomes super sharp (fixed biners on traversing sections also take a lot of weight). As a community we decided to replace every single aluminum biner on the wall with a steel one. Though an undertaking, there are only about 35 routes on this wall, so it’s not as difficult to do as it would be at many other sport areas. 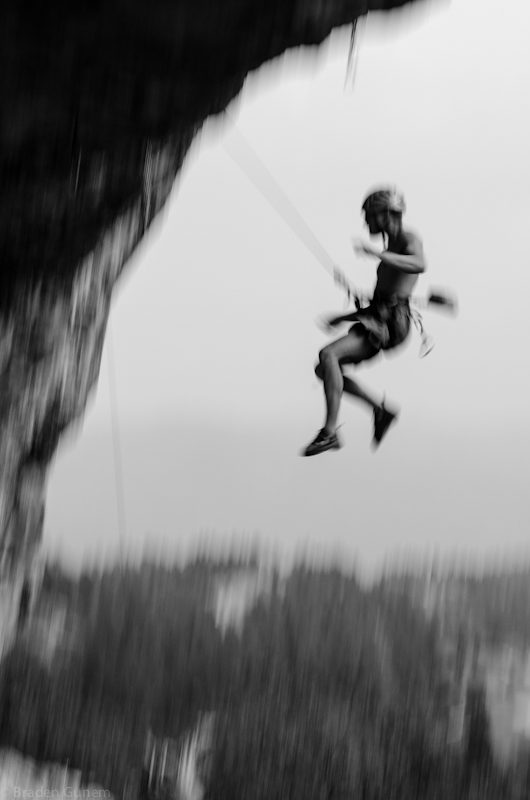 We had a fundraiser at a local brewery and bought some steel biners, with small pins to keep the biners from shifting, which risks cross loading, but all of these biners had pins you had to hammer in. The problem with these is that once the biner is worn through, it’s difficult to remove it from the chain. Was there a solution to this simple, yet annoying problem?

The answer is the Climb Tech steel biner with captive pin. These biners are basically the same as the previous mentioned ones, except they have an easily removable pin. All you need to install and remove the pin is a small 2mm Allen wrench. These biners are also super smooth to clip, which is not always the case with steel biners.

Since the captive pin biners are a little different they take some getting used to. The removable pin has a very tiny set screw that is easily lost. Trying to hang from the wall to replace an aluminum biner with a steel one with this set up is nearly impossible; you’re almost guaranteed to drop this tiny screw, and when you do, you’ll never find it, because it’s so tiny. This also has a simple solution though, clean the draw, and do the replacement on the ground.

The other issue is the pin is fixed low on the spine of the biner and therefore doesn’t fit on the bigger chains. When you’re getting chain at the hardware store, or elsewhere, be sure to avoid the fatter chains, because the biners won’t fit.

My only other critique of these is that the pin becomes easily stuck and difficult to unscrew, even before they are installed. It’s usually a quick fix, and takes some taps with a hammer or another biner, but hopefully this issue can be remedied by Climb Tech in the future.

All in all, a game changer, fixed steel biners don’t need replacement near as often as aluminum ones, but when they do, the captive pin feature makes that simple and efficient. There’s so much work to be done at our sport crags to keep fixed gear safe that makes these the best steel carabiners available at the moment.

And, while our work at the Golf Wall is not quite done, when we need to reorder steel biners, you can bet that we’ll be ordering these, for sure.