The Sanctity of High Places – On The Diamond by Drew Thayer 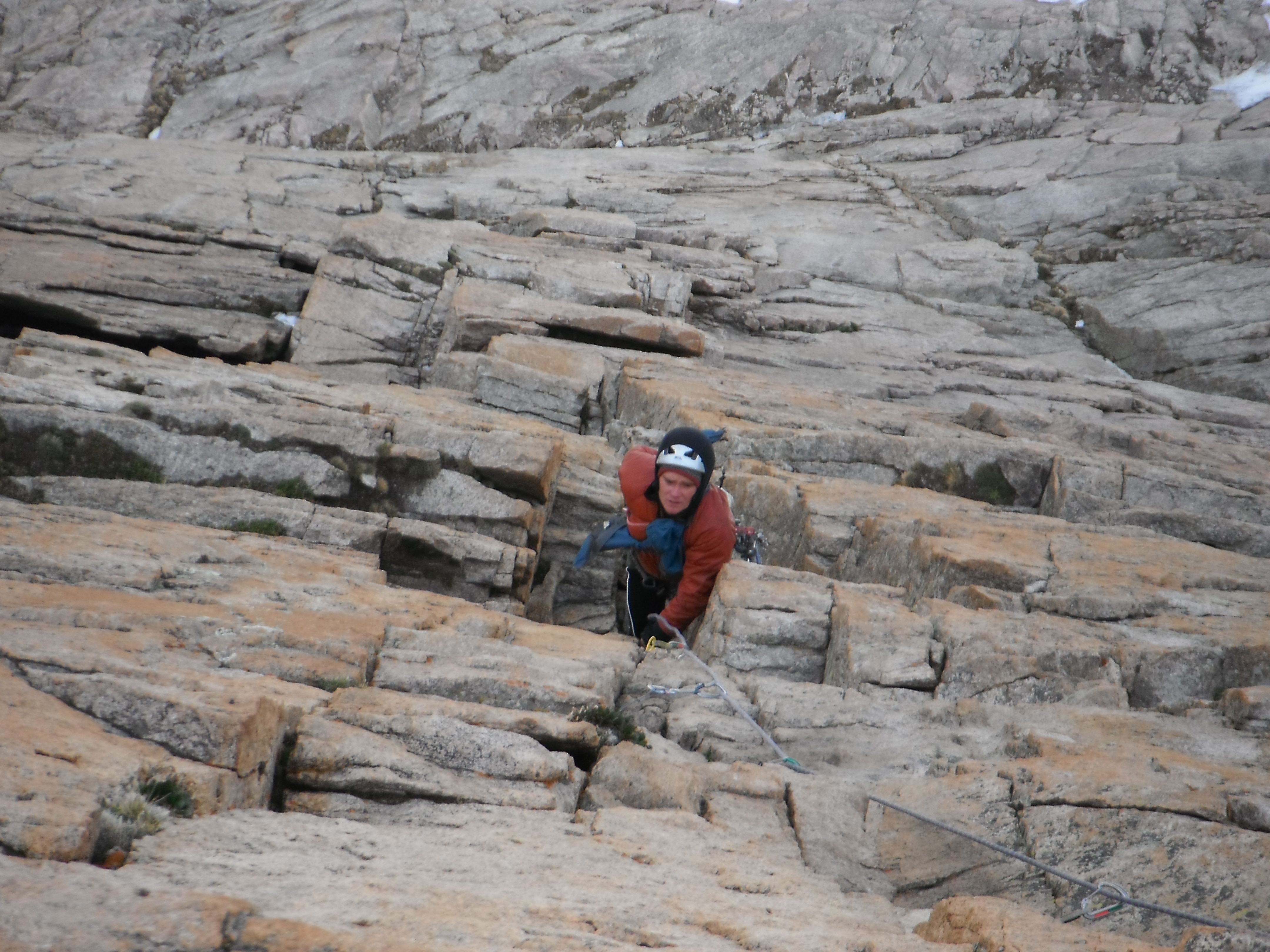 The clean smell of wet granite brings me to my senses like nothing else does. (Except maybe coffee…yeah, let’s all say it: thank god for coffee). Lately, it seems I’ve been basing my whole lifestyle around chasing that scent. I dream about it, in my nights, in my foggy mornings, in my information-choked days, during my post-work pain fests on the local trails.

I can smell it, on the gear in my closet, in my clothes, on my skin. One whiff and I’m gone, transported to a high perch where the thin air warms lovingly with the sun and cools just as quickly with a gust of wind.

The change of seasons and the inevitable forward march of time has brought me to Laramie, Wyoming, a town I drove through once and didn’t think much else about and a place I will call home for the next two years as I explore the nuances of hydro-geophysics in grad school. I’m getting to know a new town and a new region, and among the unexpected benefits of my new situation are good bike trails, violent hailstorms that blossom into gorgeous sunsets, a couple good breweries, and close proximity to Rocky Mountain National Park and the iconic East Face of Longs Peak, the Diamond. 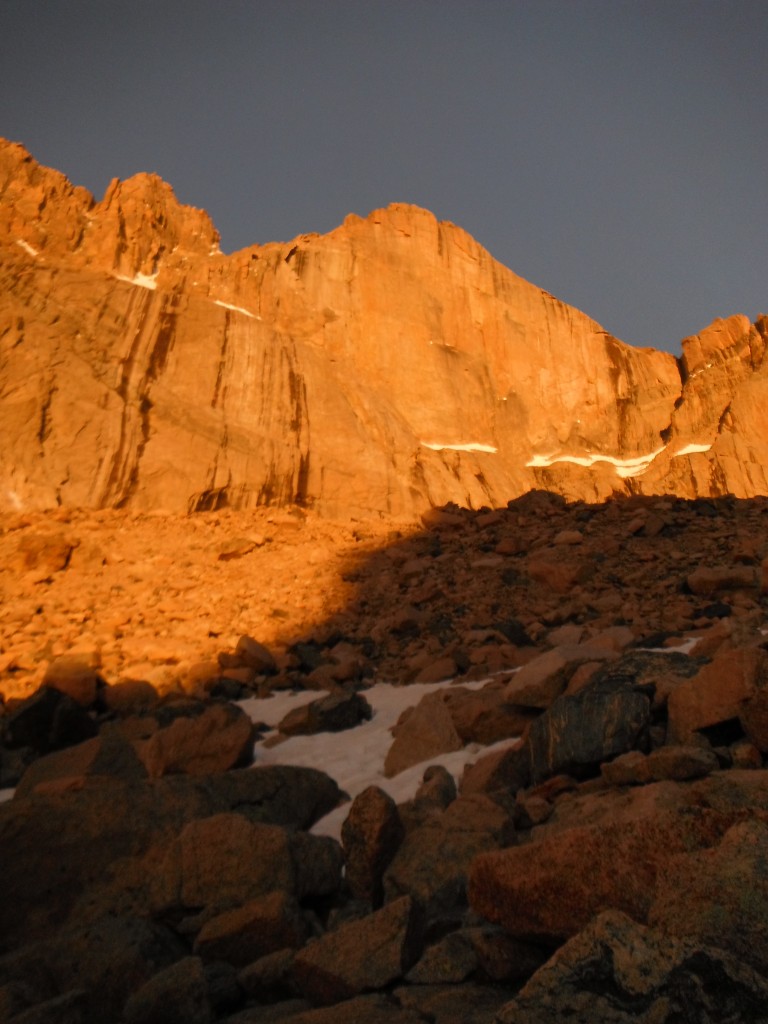 The last few weeks my Friday routine has been: drag myself home from work, throw my mud-spattered field clothes in the corner, sit down for one beautiful minute, throw implements of ascension and whimsy in a duffel bag, pack the cooler, make a mug of tea and turn the Brave Little Toaster south toward Colorado. The bustle of the workweek fades away with the soft curves of highway 287 on the way to Fort Collins. I set cruise control, put on an album, and follow the sinuous curves of lithified Cretaceous beaches though a lush pastoral landscape. By the time I emerge and join the Interstate-25, I am a clean slate, and I spend the next hour staring west at the beautiful massif of Longs Peak rearing above the Front Range, dreaming. The Diamond beckons across the foothills, and in good light I can make out distinct features from the road: the Dagger… Table Ledge… snow on Broadway, remember to bring crampons…

There is nothing I like more than waking up in the mountains. Sometimes I think the real reason I get involved in all these alpine shenanigans, the reason I own all this fancy-pants gear and put out these massive physical efforts, is just so I can savor those crystal mornings waking up in the frosty heights and sipping coffee while watching the sun greet the clean silent world.

I was thrilled to introduce my good friend Tucker to the Diamond, and for his first trip I wanted to share the full experience of the evening hike, bivy, and waking up to the alpine sunrise.

A bivy above Chasm Lake is perhaps the most wonderful place to wake up in the whole world. You wake and start the stove as the sky turns light grey, and just as you pull a steaming mug to your lips the sun rises above the flat eastern horizon and shoots its rays across unfathomable space and our fragile atmosphere and the whole flat state of Kansas straight into the Longs Peak cirque, igniting the Diamond with promethean fire. To rise in the frigid dawn air and behold the sheer wall glowing in the light of a distant star, there is no question that the high places hold something sacred, and we were meant to venture upwards to chase it. 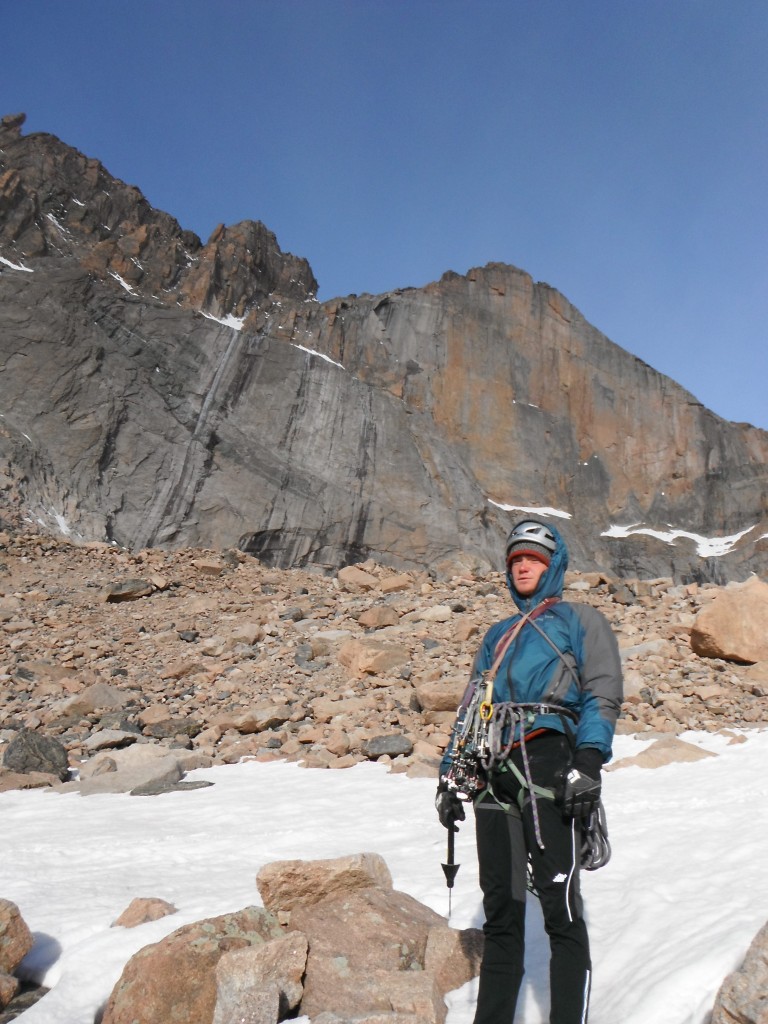 Tucker ready for battle on The Diamond.

Of course, the uncommonly cold morning we awoke to did not magically thaw, and after ascending snow and ice up the North Chimney we arrived at the base of the wall happily wrapped in our puffy jackets. We had our sights set on Ariana, but we quickly realized we wouldn’t be climbing 5.12 with frozen fingers. Tucker won the rock-paper-scissors and began the first pitch of Pervertical Sanctuary. The climbing was excellent, and luckily I could climb the easier pitches in gloves, but at the crux it was clear the gloves needed to come off. We climbed through the steep finger locks with wooden fingers and endured the screaming barfies as warm blood pumped back in. Ominous cloud streamers were coursing over the bulk of Longs Peak, threatening weather. We took stock of our situation; getting dumped on at this temperature would be pretty grim, and I think we were both looking for an excuse to avoid freezing our hands again, so we rapped off.

It never rained, but on the hike out we ran into an impromptu rescue underway and dropped our packs to join the effort. A hiker had lost her footing on a snowfield and slid down to a harsh impact in the talus; she was getting hypothermic, wearing what little extra clothes other hikers had, and we were able to wrap her in our sleeping bags and give her some comfort while we all waited for the Park Service SAR team to arrive. Five strong guys arrived with neon shirts and radios and organized us to package the woman on a stretcher and haul her up and across a couple hundred meters of soft snow, then carry her to a clearing where a helicopter could land. Pushing the laden stretcher across the snow was probably more physically exhausting than the hardest offwidth struggle, but we had a narrow time window before dusk, so we pushed all-out with our best Chris Sharma redpoint grunts and got the patient to the LZ with just minutes to spare.

It was quite rewarding and awe-inspiring to watch the whimsical contraption fly up into the narrow cirque and nimbly hover down on a small gravel bar, blasting us with the gale force of its rotors as we sheltered behind boulders. The NPS team loaded the patient and the chopper took off into the darkening sky, bearing the grateful woman towards the hospital. We all high-fived and stumbled down the trail more tired than if we’d climbed the peak, but satisfied after a well-rounded day in the mountains. The day’s events were a good reminder that success can be defined by much more than a send, and that in our quest to experience the sanctity of high places, helping others through their day of darkness is just as important as our own pursuit of the light.