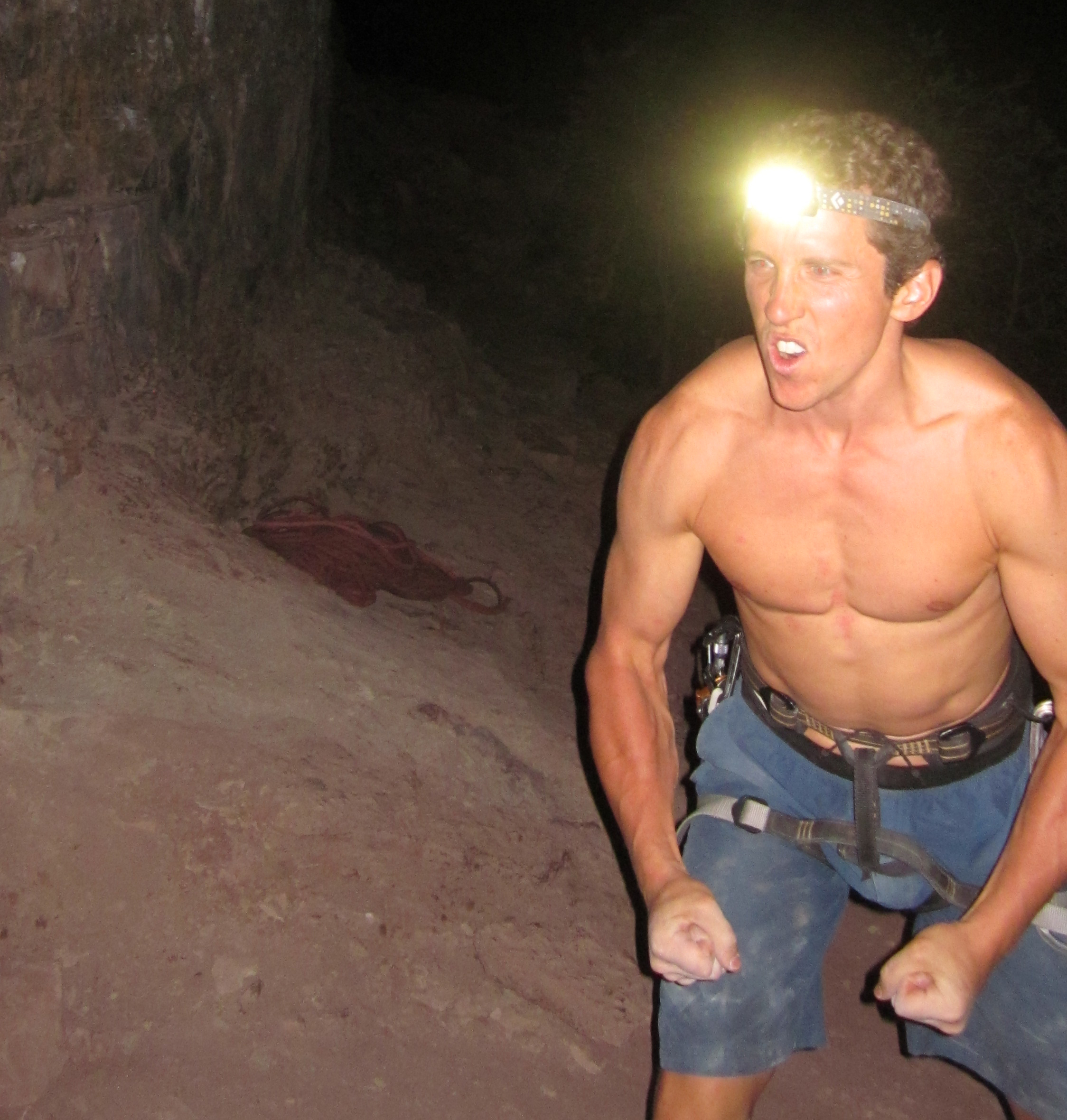 spray: 1. Climbing talk. 2. A climbing conversation in which the unconscious ego enters, steering the chatter towards graceless self-aggrandizement.

Sometimes in writing you write something, completely forget about it, and then scramble to find the piece. This happened the other day, I remembered writing The Spray Dictionary for Climbing magazine. I didn’t have a copy of the file in my records, but through a Google search I found in on Kim Havell’s Havell Travels website. Thanks Kim! Here it is: The Spray Dictionary. Enjoy.

How and whom we talk about our climbing endeavors is tricky business. We want to share, but most of us don’t want to seem egotistical. I first became conscious of my own spraying when talking about climbing became more of a comfortable habit than a reflection of passion. So I brought the matter up with friends. They, too, studied their spraying habits; some even tried not to talk climbing at all – no mean feat – while others simply stopped bragging. Others made fun of themselves and fellow climbers, relaying certain situations in which they’d become trapped. As a result, we began to observe climbers at crags, campgrounds, kitchens, bars and restaurants, dissecting the different types of spray, and then naming them. Here are our results:

almost-did-it-spray: Spraying about a climb not successfully completed.

beersay spray: 1. Making plans, while intoxicated, to do a difficult climb the following day, and more often than not the plans are abandoned due to a hangover. 2. Beta given under the influence. Might result in a beer-saturated topo and exclamations of, “It’s the best route ever!”

e-spray: Spray via our beloved interweb. This can be via blogging, Facebook,  or forums.

gym spray: 1.Boasting about an outdoor climb at the gym. 2. Spraying about a gym climb, outside.

hearsay spray: Spraying about a route you’ve heard about, but never actually climbed.

instant spraydown: Occurs when a spraylord spews unsolicited move-by-move beta, telegraphing to onlookers the fact that said spraylord has intimate knowledge of the moves (and has climbed the route).

invited spray: Asking for it. Setting yourself up for spray by actively seeking a spraymaster’s advice.

on belay spray: The belayer gets sprayed down by a third party, while the leader is climbing.

pantomime spray: Occurs when a climber uses hands and feet to mimic the beta of a problem or route. A dynamic, physical way to spray; animated facial expressions and heavy breathing are often displayed.

pre-emptive spray: Spraying prior to actually climbing something; often guarantees failure. Also appears as a form of beersay spray.

spraydown: The act of receiving spray; might involve two people spraying at each other, or even in a group, though it’s typically one person getting sprayed down by another.

sprayee: Person getting sprayed down. Often an innocent bystander.

sprayfest: A gathering of climbers talking about climbing nonstop, commonly induced by substance use.

spraylord aka spraymaster: Someone who sprays in excessive amounts; often the spray is unsolicited.

spray-turation: A point in the conversation at which the sprayee simply can’t take it anymore; a look of supreme annoyance or uneasy resignation will steal over her or his face.

A version of The Spray Dictionary was published in Climbing magazine, issue 267, July 2008. Thanks again to the Havell Travels website for posting the original document on her site!