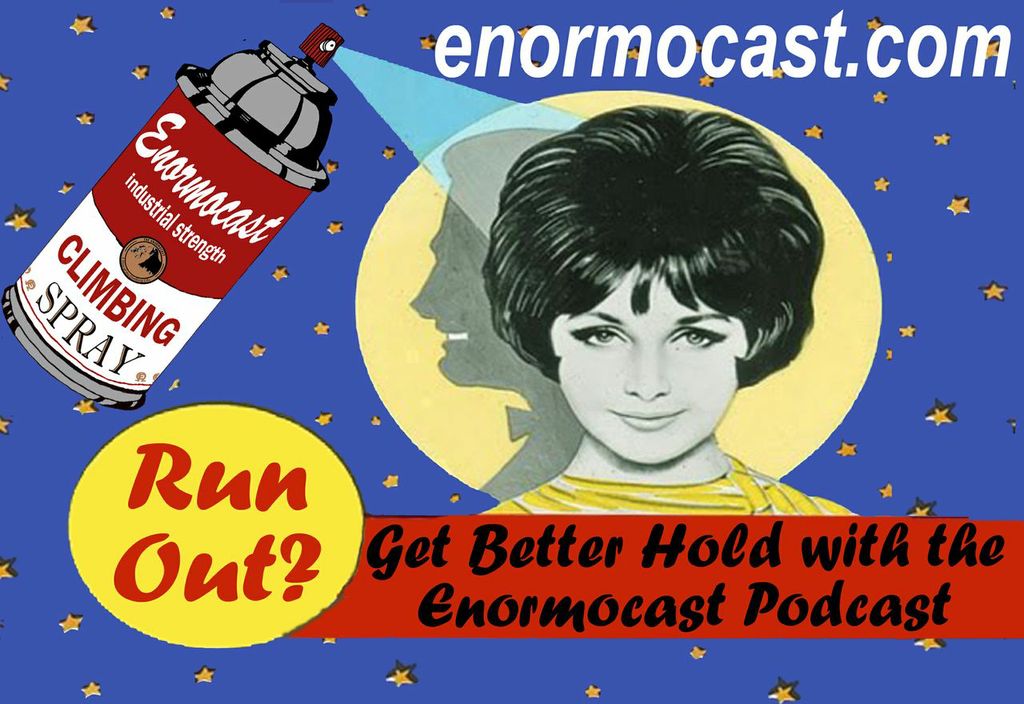 Note: this piece was originally written for The Gulch, a fine, free magazine out of Durango, Colorado.

There I was—in a rundown motel in Salt Lake City sitting across from Chris Kalous cracking my second beer of the afternoon. The lighting was dark, but the conversation was light, even uplifting; I was about to start my interview on The Enormocast.

At the time The Enormocast was an increasingly popular climbing podcast, but not yet the phenomenon it is today. Just as we started talking I mentioned that I wrote poetry, and as I said that I cringed out of embarrassment.

Like any good interviewer Kalous picked up on that and started asking questions, eventually digging up the fact that I used to write “too soon poetry” to the women I was courting, which basically never worked. He went on to tease me about it throughout the episode, and he also joked that he hoped my (then new) magazine, The Climbing Zine, would never be more popular than his podcast. 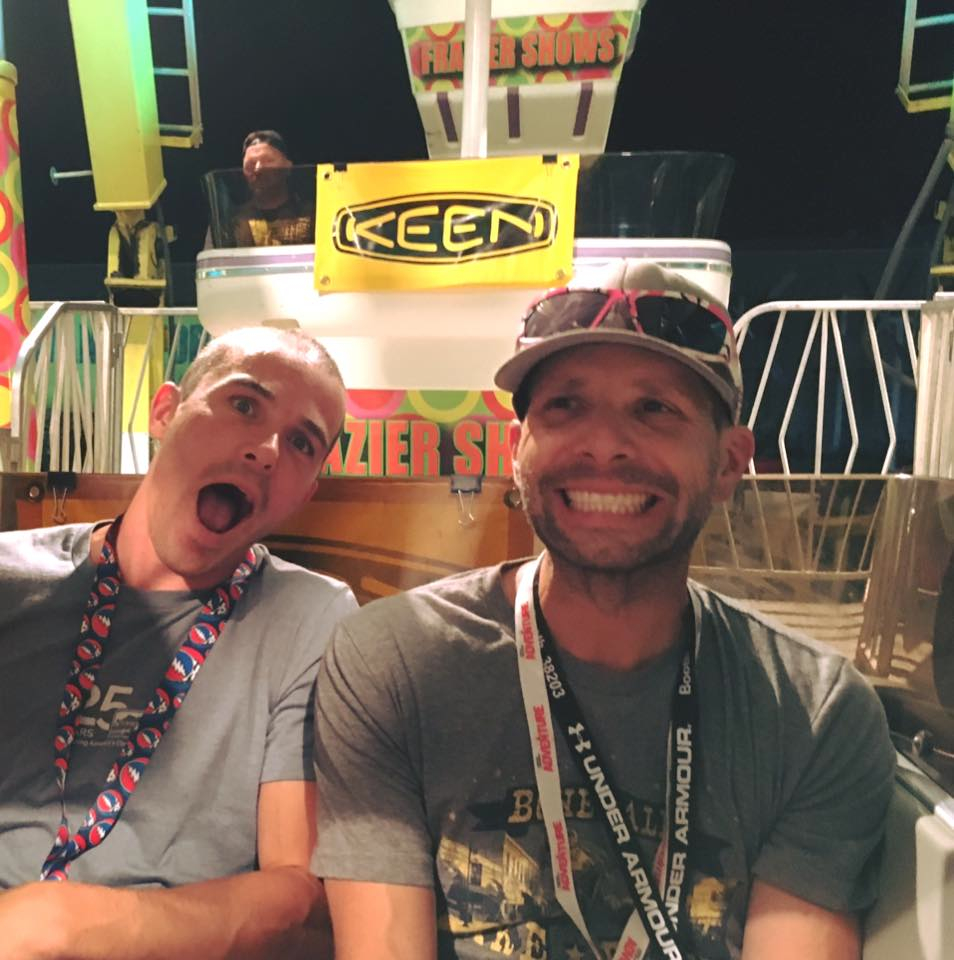 The author and Kalous on a Ferris Wheel. Photo: Shaun Matusewicz

Kalous was right, he won the popularity contest. The Enormocast went from being an obscure show where the number of beers drank on air matched the listeners, to, dare I say, the most popular form of climbing media out there.

As a host Kalous has this endearing quality that he is your friend, and you are just eavesdropping on an engaging conversation. The format for the show slightly resembles that of WTF with Marc Maron (with way less commercials). In fact even Kalous’s commercials are worth listening to, as he adds a personal and humorous touch to them.

Even though The Enormocast has become wildly successful, a listen to the early episodes shows that Kalous was not out to start something that appealed to a mass audience, he simply started the podcast with a deep dedication to the craft and a love for climbing and his fellow climbers. One of my favorite early episodes (number 26) was with Kevin Landolt, an ambitious young climber, who was being treated for leukemia. The episode was both heartbreaking and inspiring. Shortly after Landolt passed away, and most of the climbing world found out from Kalous, as he informed us on a later episode, in tears.

The Enormocast has brought more humanity to climbing, and climbing stories. It also brings a new level of excitement that no book, magazine, or movie can do. Kalous’s conversations with climbing legends like Alex Honnold, Peter Croft, Tommy Caldwell, and Lynn Hill are amongst his best work. While their exploits are well known, something about the raw nature of the show, brings freshness to their experiences.

Kalous also seeks out guests that are willing to discuss the more modern issues and challenges in the climbing world. His recent discussion with Shelma Jun, who runs the Women’s Climbing Festival, was one particular gem, and so was his discussion with Madaleine Sorkin, an openly homosexual professional climber. I hope in the future Kalous will have more people of color on the show, as the guests have been mostly white, and climbing is growing in its diversity by the day.

Like any climbing experience, The Enormocast has had its lows as well. Usually, and dare I say, almost always, it is because the guest is less than engaging. Typically these are folks who mainly focus on the mechanics of climbing. From time to time Kalous will repeat a story of his (often his big wall solo climbs) but for some reason that only makes him more endearing.

There have been nearly a hundred episodes since I was interviewed in that dank, dark motel. In our interview Kalous discussed the underground climbing media and who were the key players. Like I said he joked about how he hoped my magazine would fail miserably. It didn’t, and quite frankly neither did his podcast. He can confidently claim his throne as the king of underground climbing media. One visit to iTunes and a few downloads shows exactly why.

Luke Mehall is the publisher of The Climbing Zine and author of American Climber. He was a guest on episode 42 of The Enormocast.

Check out The Gulch online.