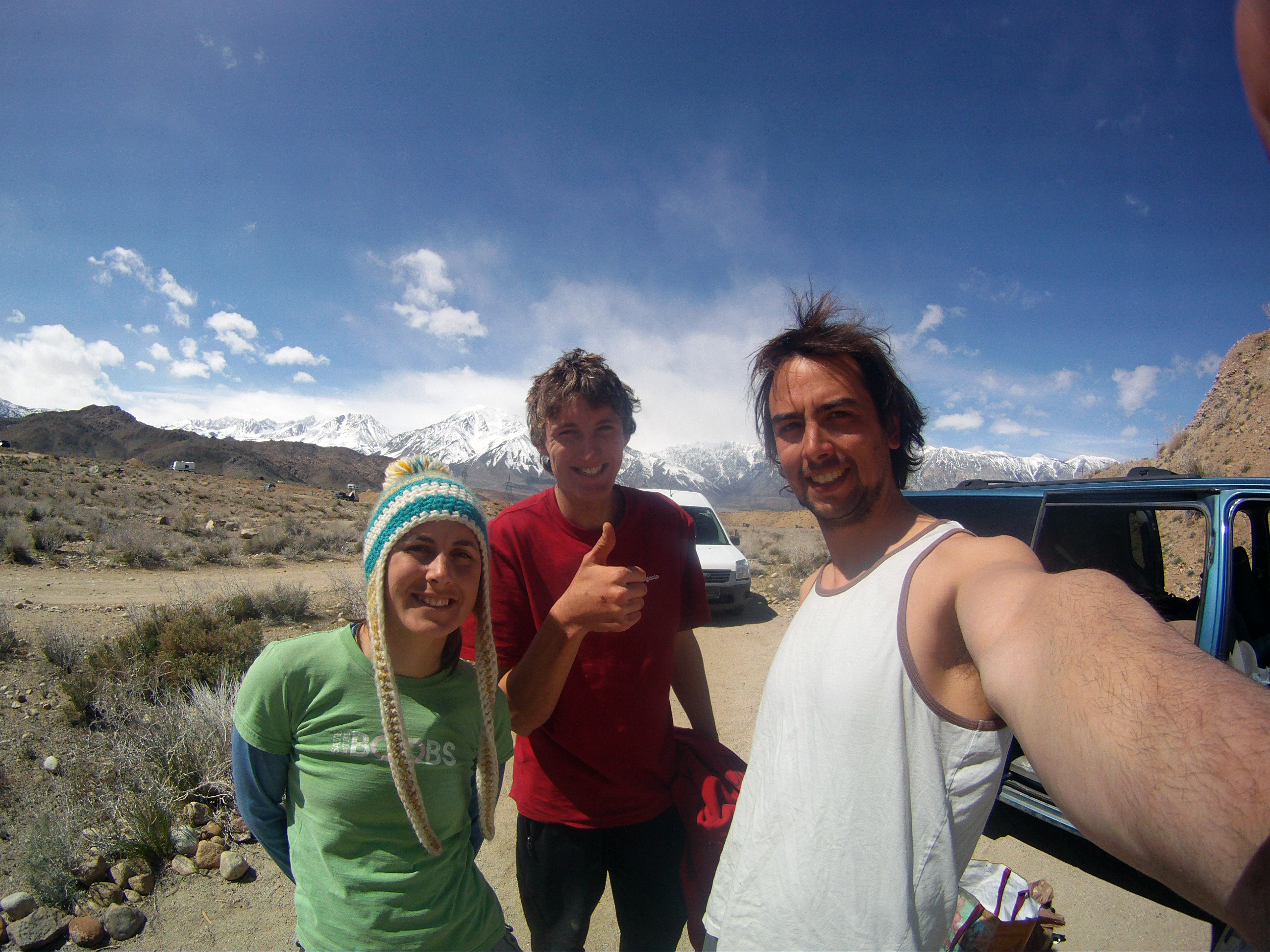 I am just so sad that you’re gone. The news struck me like a train. It literally knocked me off my feet. Since then I have felt waves of sadness and spasms of tears that continue to bring me to my knees.

Upon learning that you were no longer a part of this world, I spent the following twenty-four hours under the erroneous impression that you and your sweet Inge had been lost to that white wave of snow together. The dissemination of information in the aftermath of tragedy is often fraught with innocent error, and so it was here. As doubly painful as it was to know that you and Inge were both gone, I was in part comforted by the fact that neither of you had to bear each other’s loss. Over those twenty-four hours, I sobbed uncontrollably and hoped that you had experienced no conscious moments under that cold, heavy blanket of snow. Jen, Piper, Kalous, and I hiked up Red Hill and looked down at your house and then across the valley at a freshly coated Sopris, and we thought about you and spent the afternoon tromping around in the mud and sobbing. That night, I prayed that your death had been quick and painless.

As I learned the following morning, those were not the circumstances of your death. In fact, the circumstances that I had prayed you’d been spared—the anguish of consciousness and the unbearable sadness that would bring—were far more prolonged, and far more terrible, than anything I could’ve imagined.

The image of you buried under snow now turned to one of you searching and thrashing across a gentle slope in a fit of rage and denial, digging through the debris as if it could turn back time. Hayden, you must have felt so guilty and so sad. You must’ve felt as if you’d committed the ultimate sin and therefore had to pay the ultimate price yourself. I just wish I could’ve been there to hug you and somehow help you carry a little bit of this unbearable load. There are just so many of us who share this wish.

I’ll admit that learning that you had ended your own life in some ways made me sadder. In other ways, I felt less sad but a little angrier. Indeed, the circumstances changed everything, and yet, of course, they also ultimately changed nothing.

Things were going so well for you until this tragedy struck. Last summer, Jen and I routinely spoke about how happy we were for you that your life was heading in a bright, new direction—one that you’d been secretly wanting for so long. You’d just signed your first lease on an apartment and had moved in with a woman you loved. Over the last decade, we spent so many hours discussing what it means to lead a meaningful life. I think you sometimes struggled with the fact that you were just so fucking talented at climbing, and so some part of you felt almost obligated to do it. You’d just turned a corner toward something far more meaningful: love. I know that this, more than any summit, is what you wanted. Boy, you are so lucky to have met and loved Inge. She was as talented and humble and sweet as you. You guys were perfect. I’m so happy you got to experience a profound connection to someone you loved and who loved you back. 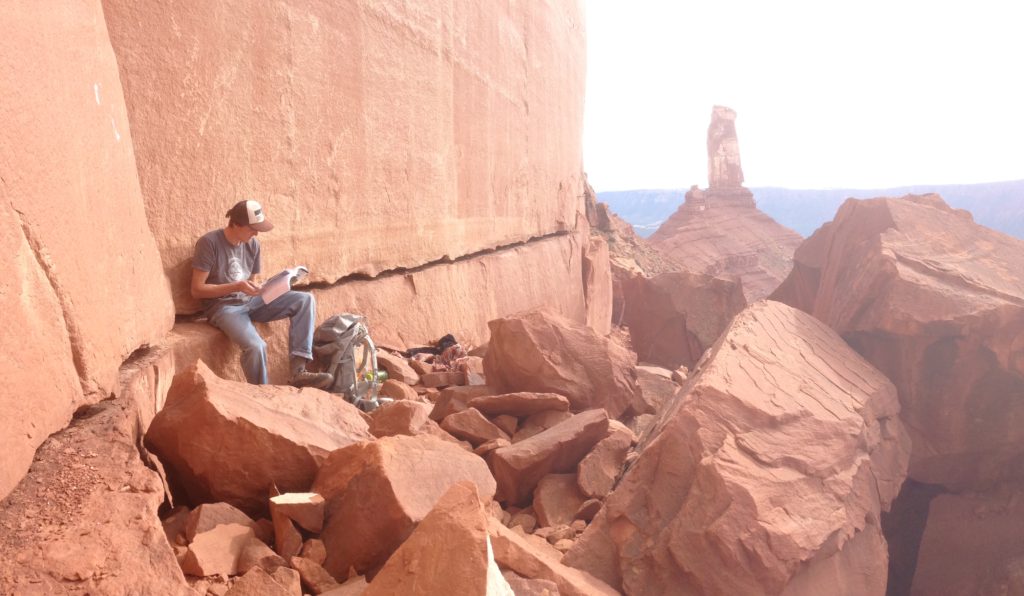 Hayden underneath the route Where Have All The Wild Things Gone, in Castle Valley, Utah. Hayden linked all three pitches of this climb in one pitch! Photo: Andrew Bisharat

Again, it’s the circumstances—that everything seemed to be headed in the right direction for you and Inge—that makes this sadder still. It changes everything and nothing all at once.

You made the decision to end your life with the same fierce conviction with which you lived—always with such dedication and forthright intention. You were never afraid to do what you believed was right. I’ve never met anyone with as much integrity as you. Michael and Julie raised you that way—not only as a kind person but as a wonderful climbing and skiing partner too. They took so much care to show you what it means to be good, to do things the right way, to make good decisions, and to stay true to who you are. You always, always rose up to be that person. This integrity is what endeared you to us. It’s the reason you have so many friends in so many places, across one of the most impressive spectrums of age and background that I know of.

Over the last three months of your life, I was fortunate enough to get to work with you on your Day I Sent story, though now this story feels strangely haunting. The editing process is one I will always cherish because it produced so many deep and memorable conversations, on the phone and in person. Days before your death, I got an email from you saying that you were so psyched on your story’s reception. You said that the process of writing this story had brought you a sense of peace over the loss of your friends Kyle and Justin. I feel happy that this writing process gave you some kind of clarity and resolution.

In that story, you wrote that you were unsure whether climbing is a beautiful gift or a curse. Your death has helped me figure out an answer to this question, so I want you to listen up because what I’m about to say, I’m going to say with all of my being.

How could climbing be a curse, Hayden, when climbing is how you became my dear friend—maybe my best friend? How could climbing be a curse when climbing is how so many of us got to spend some of the best days of our lives in your company? Climbing isn’t a curse, Hayden. It’s a gift. And just because a gift is lost, or breaks, or doesn’t work out the way we wish it had, doesn’t mean we should stop feeling gratitude for being given the gift in the first place.

I am grasping to find much meaning in the inconceivable reality of your death and Inge’s. Instead, the only thing I can cling to is gratitude. Let me finish this letter by saying thank you.

First, thank you, Hayden, for being you and no one else. You followed your heart and lived by a righteous code.

Thank you for being my rope gun so many times. I got to follow you up pitches of rock that I would’ve never otherwise climbed. I got to see what true grace and poise look like on leads that would’ve had me and anyone else shaking with fear. And you belayed me on some of the hardest redpoints of my life. You always believed in my abilities more than I ever did.

Thank you for all the Bowl laps and for never once commenting on how much slower I always was, on the way up as well as down. Thank you for never judging me, whether we were on skis or in rock shoes. You approached climbing partnerships with such respect and always empowered those who were slower, weaker, or just less talented than you to feel like they were your equals. 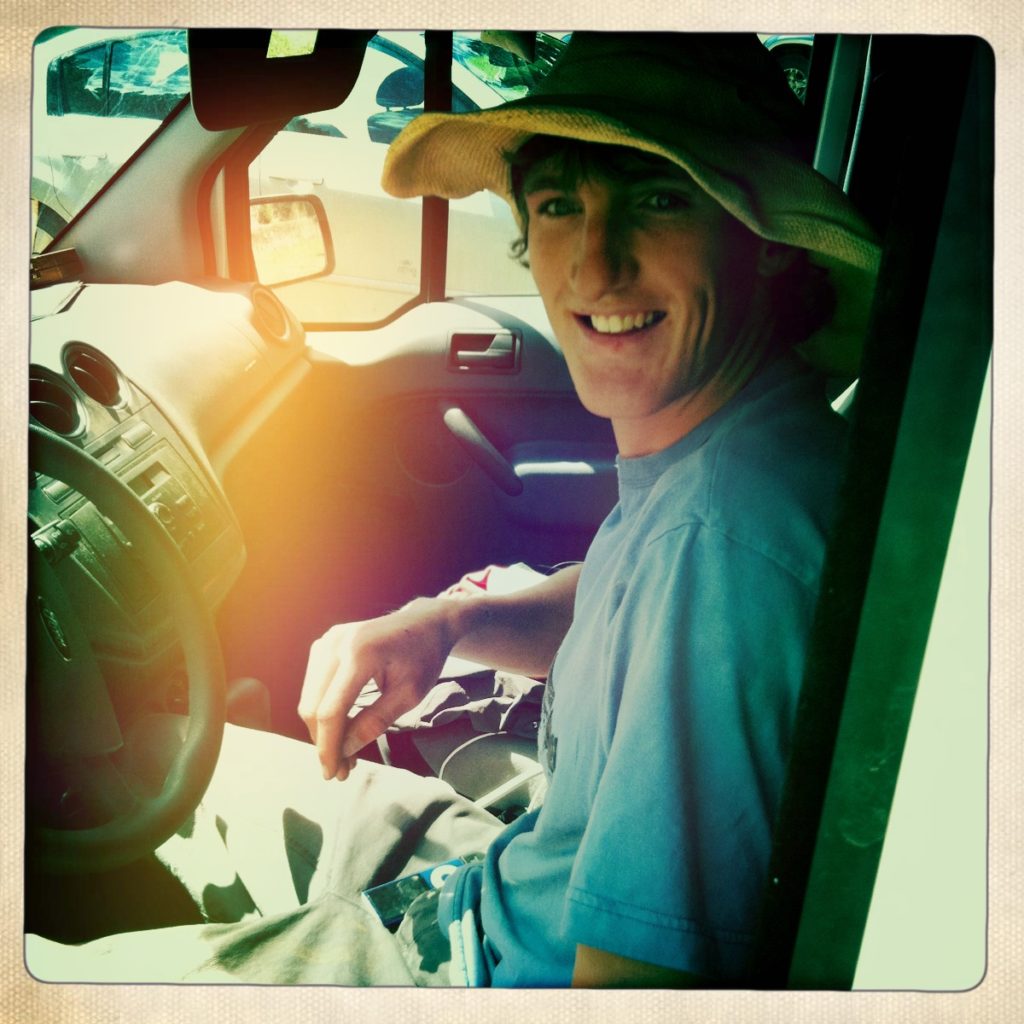 A stoked Hayden in his old van. Photo: Andrew Bisharat

Thank you for going with me to that Wu-Tang concert when you were just fifteen years old—that was probably the first time we really hung out as friends. I’ll never forget buying you a drink, then turning around to see you dancing with some girl on the dance floor. With your gawky teenage frame, you looked like a Doberman puppy humping a couch. Nor will I forget what happened next: that girl took your drink right out of your hands and left you with the saddest little puppy eyes before we both just laughed it off and kept bobbing our heads to a glorious RZA track. WU-TANG!

Thank you for climbing thirty pitches with me on my thirtieth birthday. I’m so sad that you didn’t make it to your thirties. You had just set yourself up to receive so many amazing gifts and surprises and adventures in this next decade of life.

Thank you for all of the actual gifts. You always brought me and Jen something back from every single one of your big climbing trips. Spices from India. Prayer flags from Nepal. Some kind of vile homemade bathtub swill from Slovenia that we drank after our garage training sessions. You came over three times a week after Piper was born to climb with me and hear what life was now like for me as a dad.

Thank you for all the books you’ve given me over the years. You read voraciously and were always more interested in telling stories and talking about literature than spraying beta. Same with music. You were always seeking out new artists and enthusiastically sharing their songs with those around you.

Thank you for the reminder to turn off my phone, to seek out the small, intimate, meaningful connections over the bigger, more vapid ones. To avoid too much of the “tasty talk,” as your friend Marko Prezelj calls it.

Thank you for the inspiration to live with integrity, to be humble, and to be true to myself. I’ve never met someone so much younger than me who has taught me so much about what it means to live. You were a young guy, but you had an old soul. You’ve been a great gift to me, Hayden. I’m just so sad you’re gone, but my heart is filled with gratitude for the honor of having been your friend. I hope I can lead a life worthy of your memory.

Much love and respect,

A donation to the Hayden Kennedy Public Lands Defense Fund was made from Mr. Bisharat and The Climbing Zine in Hayden’s memory. The fund, was created by Hayden’s parents: Michael and Julie, and is administered by the Access Fund.