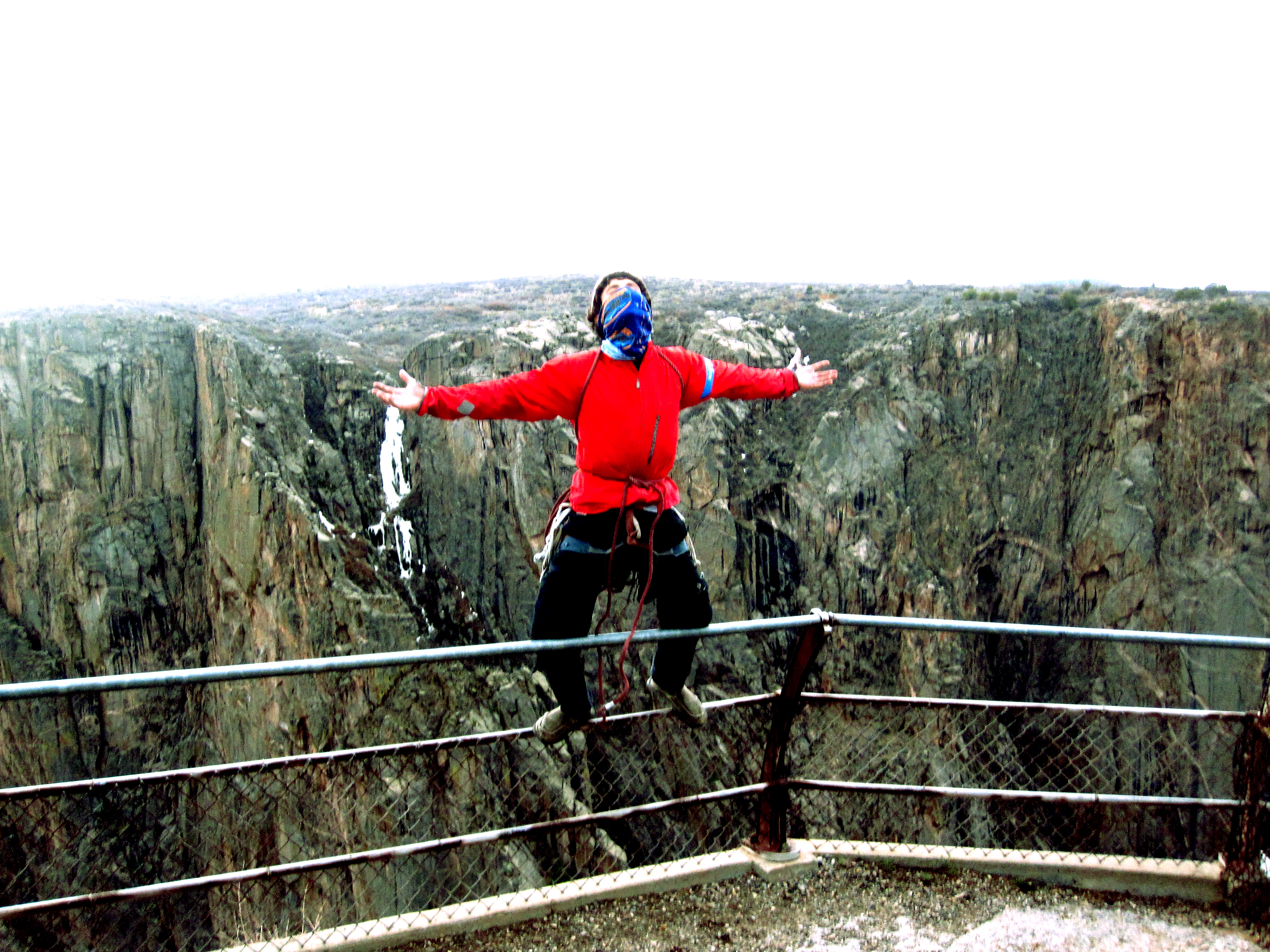 Ever wondered what kind of dirtbag you are? Or have you spotted a hipster that kind of looked like a dirtbag? After years of research The Climbing Zine, with help from Erica Lineberry aka Cragmama, have brought you The Dirtbag Dictionary, an excerpt from Volume 5, The Dirtbag Issue. 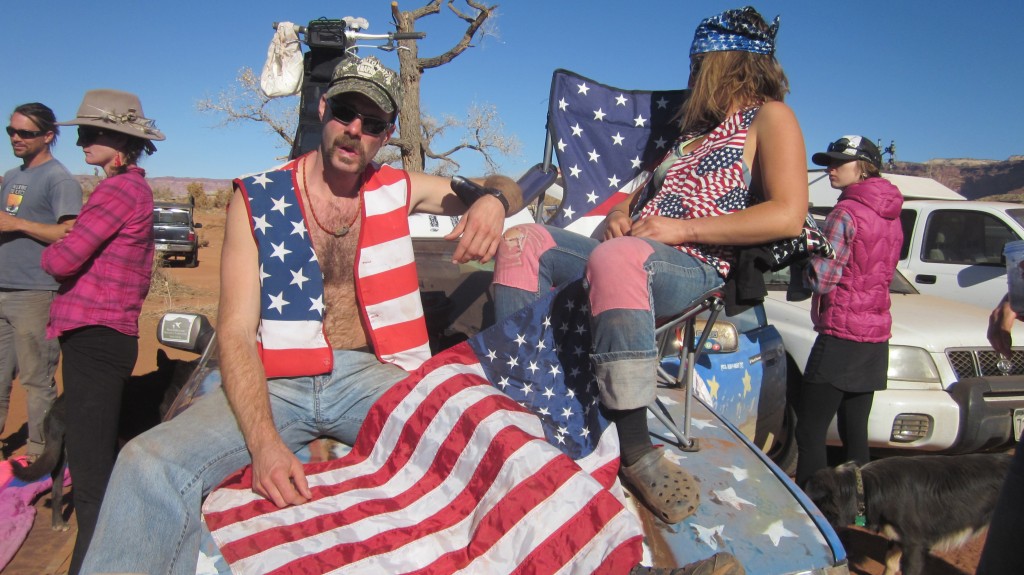 dirtbag climber (durt-bag kli-mer) n. a person who dedicates her or his entire existence to the pursuit of climbing, making ends meet using creative means. A dirtbag will get her food out of a dumpster, get his clothes from a thrift store, and live in a tent or vehicle to save money. Often found living near major climbing destinations the dirtbag is a rebel with a cause who finds happiness in nature. When the dirtbag grows up (if ever), he or she often is drawn to a profession engaged with the outdoors and/or creative arts. –dirtbagging, dirtbagger, dirtbagged.

baller dirtbag: This person is a dirtbag at heart, but no longer sacrifices all creature comforts of society, rather indulges in many of them. This dirtbag sports clean, brand name clothes, and has the latest, most modern climbing gear. A baller dirtbag is defined by balling in one area of his life (i.e. gear, vehicle) and dirtbagging in another (i.e. food, shelter). An expert at finding a good deal in stores or online and then bragging about it for the next ten years.

born again dirtbag: The dirtbag that got tired of dirtbagging, entered the 9-5 world, and then returned to the dirtbag life. A renowned storyteller this person will describe the horrors of spreadsheets, meetings and awkward talk around the water cooler. Often lives in van (see vanbag).

classbag: the dirtbag with class. This person has a flexible job (i.e. graphic designer, writer, photographer, etc.) where she or he has to be professional and sometimes presentable. They have the skills to attract money for their services, and can follow through with the goods. Their friends know them as a dirtbag and their employers know them as pros. Experts at time management and cleaning up for meetings just after climbing.

clean dirtbag: a dirtbag with an obsession to stay as clean as possible. Always has hand sanitizer and baby wipes available within a moment’s notice,and is constantly preoccupied with the conundrum of being a neat freak who loves living in the outdoors. A go-to source when you are out of toilet paper, or forget something related to cleanliness.

crusty dirtbag: an older dirtbag, usually male, who dirtbagged it too long, and is bitter about it. Often self-righteous, this guy misses the good old days, and constantly reminds anyone who is listening why things were better when he was young. When no one is there to listen he takes to online forums with his message where he is more likely to find company. Also known as a glory days dirtbag.

desk monkey dirtbag: the climber with a desk job, that longs to live the dirtbag life, but never has for extended periods of time. This person has a strong sense of adventure, with a stronger sense for practicality. Cannot live without a house, health insurance or reliable vehicle. The desk monkey dirtbag often begins their dirtbag existence with early retirement.

dirtster: a rarely seen combination, half dirtbag, half hipster. While it is difficult to climb with an ironic personality and tight pants, these folks get it done. If questioned the dirtster will deny their identity to protect their unique and sometimes endangered breed.

family dirtbag: dirtbags with children. This dirtbag is responsible at raising a family, but also manages to save time for climbing. Their tent often has more square acreage than a college dorm room, but they are still well versed in the dirtbag life. Kids raised by these type of parents either go on to become top climbers, abandon the lifestyle completely, or find a middle ground, like their parents did.

fancy dirtbag: a female counterpart of the baller dirtbag this woman can rough it, but often does so with perfectly painted fingernails. Can crank out pitches with the best of dirtbags, but also knows what kind of wine pairs best with dinner. Often has an addiction to websites like Pinterest and Etsy.

fraternity dirtbag: guys who generally live in communal groups, commonly found in the nearest towns to major climbing areas. Although many possess college degrees, they refuse to grow up and get real jobs. Instead they prolong their collegiate experiences with dormitory-esque lifestyles consisting primarily of Ramen noodles, PBJs and PBR. They even still do laundry at their Mom’s house, if she lives nearby. This guy will abandon his living status as soon as he meets a badass climbing chick, but his buddies will let him have his room back each time if things don’t work out.

poser dirtbag: someone who wants to live the dirtbag lifestyle, but does not, for various reasons, yet still looks similar to a dirtbag. This person dresses similar to the dirtbag baller, has a subscription to outdoor magazines, and even talks about making climbing trips, but rarely does. A powerful force in the outdoor economy, this person rarely actually goes outdoors.

workbag: a dirtbag with a full time job. Found all over the country in towns and cities with climbing nearby. Often work “four-tens” (four, ten hour work days) and then heads straight to a big wall or crag for a three-day weekend. Also called a weekend dirtbag or a neo-dirtbag.

vanbag: a dirtbag who lives out of their comfortable vehicle, most commonly a pimped out van. Such van may have a refrigerator, stove, solar panels and other plush accommodations. Easily ignites jealousy amongst dirtbags with lesser vehicles, especially on rainy weather days. Male vanbags use the line, “Do you want to check out my van?” to lure the opposite sex into their mating quarters.

Thanks to Erica Lineberry at Cragmama for her additional reporting.

Brooke Sandahl on the beginnings of freeing The Nose
March 22, 2021