Review: Alone on the Wall by Alex Honnold 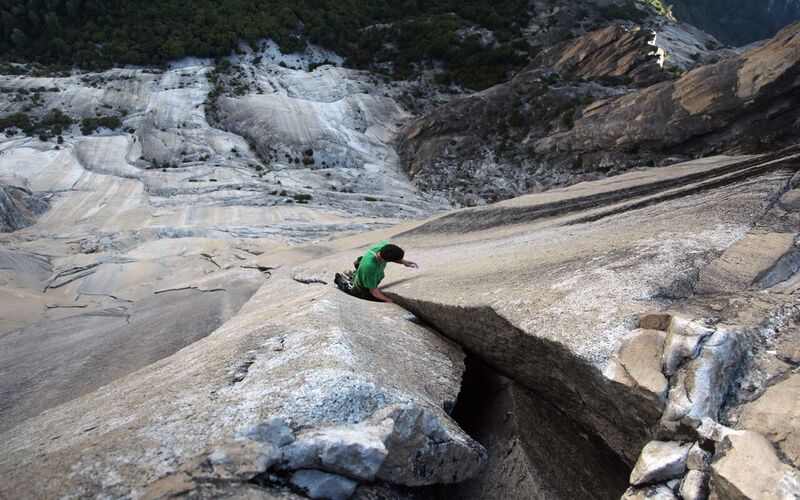 Every sport has a Michael Jordan, the athlete whose fame stretches well beyond the playing field, and for climbing that person is Alex Honnold. Honnold, a 30-year-old climber hailing from Sacramento, California, has gained worldwide notoriety for his filmed free solo climbs ranging from Yosemite to Africa. His recently published memoir, Alone On The Wall, offers a glimpse into the life and psyche of a guy who is rich beyond imagination for a dirtbag climber, but also still chooses to live in a van. 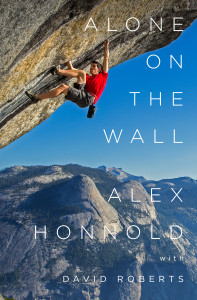 After the first pages of Alone On The Wall I forced myself to read this memoir from two perspectives: the climber and the non-climber. As a climber I’m very aware of Honnold’s achievements, such as his ropeless climb of the Northwest face of Half Dome in Yosemite and his linkup of the entire Fitz Roy massif in Patagonia with Tommy Caldwell. These are heroic accomplishments, ones that have forever placed Honnold as one of the greatest climbers to ever live. I’m also aware of Honnold’s placement in mainstream society. Non-climbers, even people who aren’t outdoorsy, are aware of him, mainly from the commercials he’s appeared in, his National Geographic cover story about soloing Half Dome, and most of all, from the 60 Minutes feature that put him into the public spotlight in 2011.

Did Mr. Honnold, who co-wrote the book with David Roberts, succeed in writing a memoir that appealed to climbers and non-climbers alike? It all depends on how closely you’ve been following him for the last eight years.

Alone On The Wall is an ironic title because Alex Honnold has spent more time climbing solo on a wall, with a film crew, than any other free solo climber before him. (As Mr. Honnold would be quick to point out his climbs build upon the foundation of those from previous generations, like John Bachar, Peter Croft and Dean Potter.) That said, many of these free solo climbs were reenactments, performed for the camera after he’d successfully done the route without a rope. 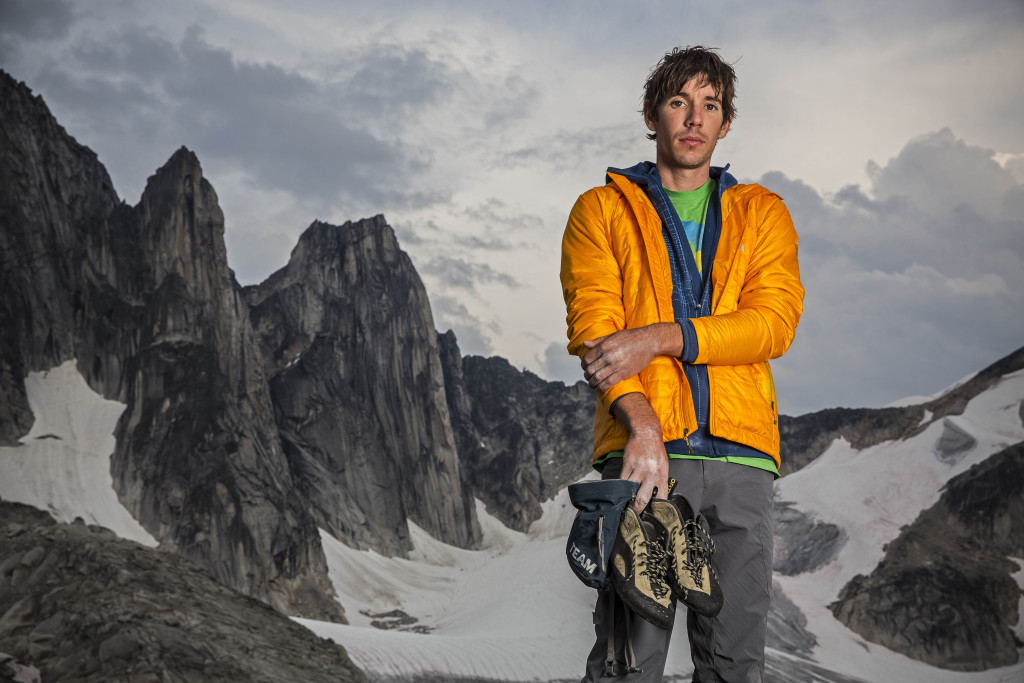 Looking at the book as if I’d never heard or read any of these stories, they are stunning accomplishments, but the writing itself does not convey the magic or suspense that a film can. Alex, who has earned the nickname “No Big Deal” Honnold, does not try to wax poetic about his climbing. His language when describing the climbs is simple, and to him they are no big deal.

I think the mainstream audience will be entertained by Alone On The Wall; it’s a quick read, one that could be consumed in a day’s worth of travel, and I would recommend it to my non-climbing relatives who all know Alex Honnold from his placements in mainstream media. He is a great man, and despite all his fame and riches when he’s out living the climbing life he does it as if he was living hand to mouth as many dirtbag climbers do. He doesn’t indulge in drugs or alcohol, and has funneled much of his sponsorship dollars into a non-profit, the Honnold Foundation, aimed at improving people’s lives through sustainability.

I also think the mainstream audience might be a little more forgiving to the book, which stretches to find anything dramatic about Honnold’s life. There are awkward passages about his love life, and his dynamic with older mentors, like Mark Synnott, that seem forced, like the editors were demanding something interesting to add to the story. Even though from the outside perspective his life seems to be on the cutting edge, to Honnold it’s just what he does. No big deal.

As a climber this book was very similar to listening to a good friend tell an epic story you’ve heard before. Nearly every single story in this book has already been documented in film, and magazine articles. I found myself skipping many sections in the book because I already know exactly what was going to happen. I think most climbers who have been following Honnold will feel the same way. His career has been so meticulously documented that it seemed there was little else to tell. That said, if I was a climber who didn’t know about all of his exploits it would be a lot more interesting.

What I did find charming and fascinating about Alone On The Wall is how Mr. Honnold is seemingly unaffected by the pressures that most people succumb to. After celebrity and fame he didn’t indulge in any of it. He doesn’t even own a house or apartment. He’s painfully aware of the state of the world, and funnels much of his fortune into environmental and social projects. In the process of becoming the most famous climber in the world, he’s remained entirely himself, a guy who just wants to live in a van and climb rocks. In the climbing community he is highly respected, and regarded as one of the greats, both as a person, and as a climber.

I wanted to ask Mr. Honnold about the book and his interest in social and environmental activism. His publicists promised me an interview, but when I requested some phone time with him, I was informed I’d missed the time window. I did get to meet him briefly this past summer at a tradeshow, and got an autograph for a teenage co-worker of mine. He was present and kind, and we engaged in a brief conversation about literature.

After thinking about this book from the two different perspectives: that of the climber well familiar with his accomplishments, and the non-climber vaguely familiar with his story, I’ve come to the conclusion that this is a book for the latter. If you’ve seen the films where he climbs ropeless thousands of feet above the ground they tell the stories better than this book does. If you’re new to the super human known as Alex Honnold, Alone On The Wall, is a good primer for the ongoing tale of the most famous climber the world has ever seen.

Alone On The Wall

This review was originally published in the Durango Telegraph.