Reflections on Dad by Tamara Robbins 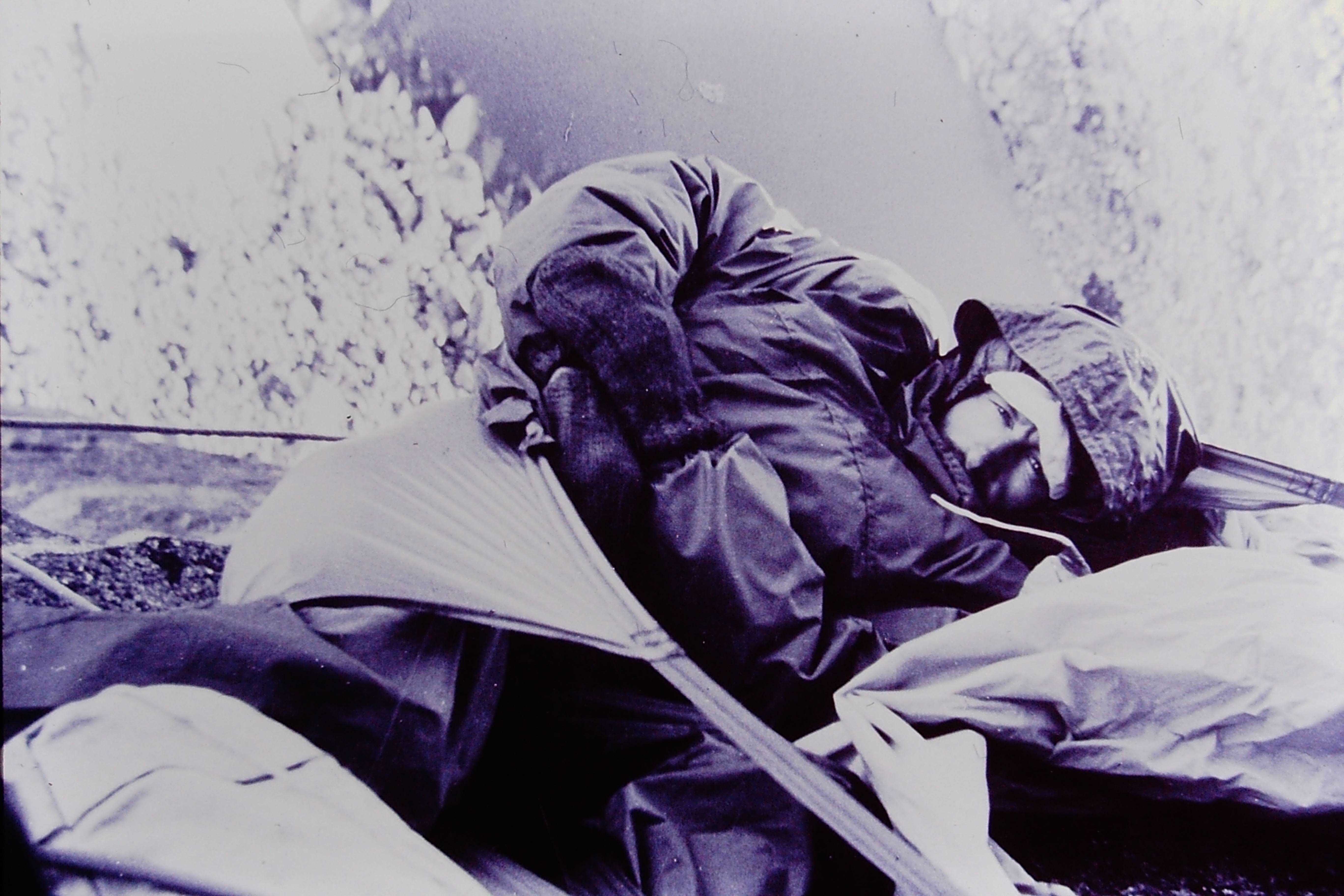 Since November, I’ve been in Modesto, California, with my family and, while here, digitally archiving the multitude of slides, negatives, writings, etc., that occupy nearly every corner of our home. Luke and I had discussed doing this photo essay months ago, and it’s been a bizarre endeavor, writing about something as personal and precious as my father, while knowing that publication will almost certainly be postmortem.

This article was published in Volume 10, now out of print. It will be included in the upcoming Climbing Zine Book.

My dad, Royal, turned eighty-two just this week. He is dying. Dying at his age is not so unusual—the remarkable aspect is that he has been living with the effects of a rare condition called Progressive Supranuclear Palsy (PSP) for about seven years now. As is usually the case with PSP, it was initially misdiagnosed. This has gradually taken his mobility, speech, and some cognitive function. He has managed to outlive all predictions of longevity with PSP—as his doctors say, “No one but Royal Robbins would have endured for this long.”

It’s worth noting that not only has he lived with the frustration and debilitation of PSP symptoms, he’s done it with grace, strength, good nature, and tolerance.

His approach to everything in life has been driven by tenacity, commitment, integrity, and aspiration. “Reaching for new heights,” to use an overused but astute phrase. This was true in his climbing, his auto-didacticism, the company, his personal relationships, his writing, and now, the closure to his life. The juxtaposition of revisiting his life in the archiving process, and him being right here—but unable to assist or have input on the wonderful stuff I’m encountering or to care about my sharing it with him—has been frustrating but splendid in its rawness.

A common preconception about Dad is that his convictions defined him. Indeed, he held strong ones over the years—some of which completely contradict one another. His integrity, however, was separate from those convictions. His integrity lies in his humility, his dedication to The Truth (he always capitalized those two words), and his capacity for self-awareness and growth. He was not afraid to be proven wrong and, in fact, respected it and had no shame admitting a change of heart. His pride was not attached to the belief but rather to the quest for truth and honesty. Ultimately, it is Dad’s integrity, not his position on a specific philosophical or ethical matter, that defines him and has inspired so many.

Dad has said, in both his slide presentations and in his writings, “I realized that I was not falling; I was subconsciously choosing to let go.” This was a breakthrough in his climbing and philosophical evolution. No force was pulling him from the wall; his beliefs that he could not climb farther were leading to his fingers loosening and him “falling” from the route. Perhaps that is what is wrangling his mind these days…the question of whether the route is here or “there”…and whether letting go is giving up or actually ascending.

Co-founder of Team Upside-Down, Tamara resides in Moab, where you may find her assisting visitors in the national parks nearby or at the Moab info center, and working for Canyonlands natural history association. Off-duty, she wrangles her garden, wanders the desert, sips Chardonnay, and plays online golf. Whitewater, skiing, and horseback riding are her favorite activities, and along with the desert, the Sierra Nevada, Pacific Northwest, and Chile are the locales she loves.