Zine Emeritus: a story with Shaun 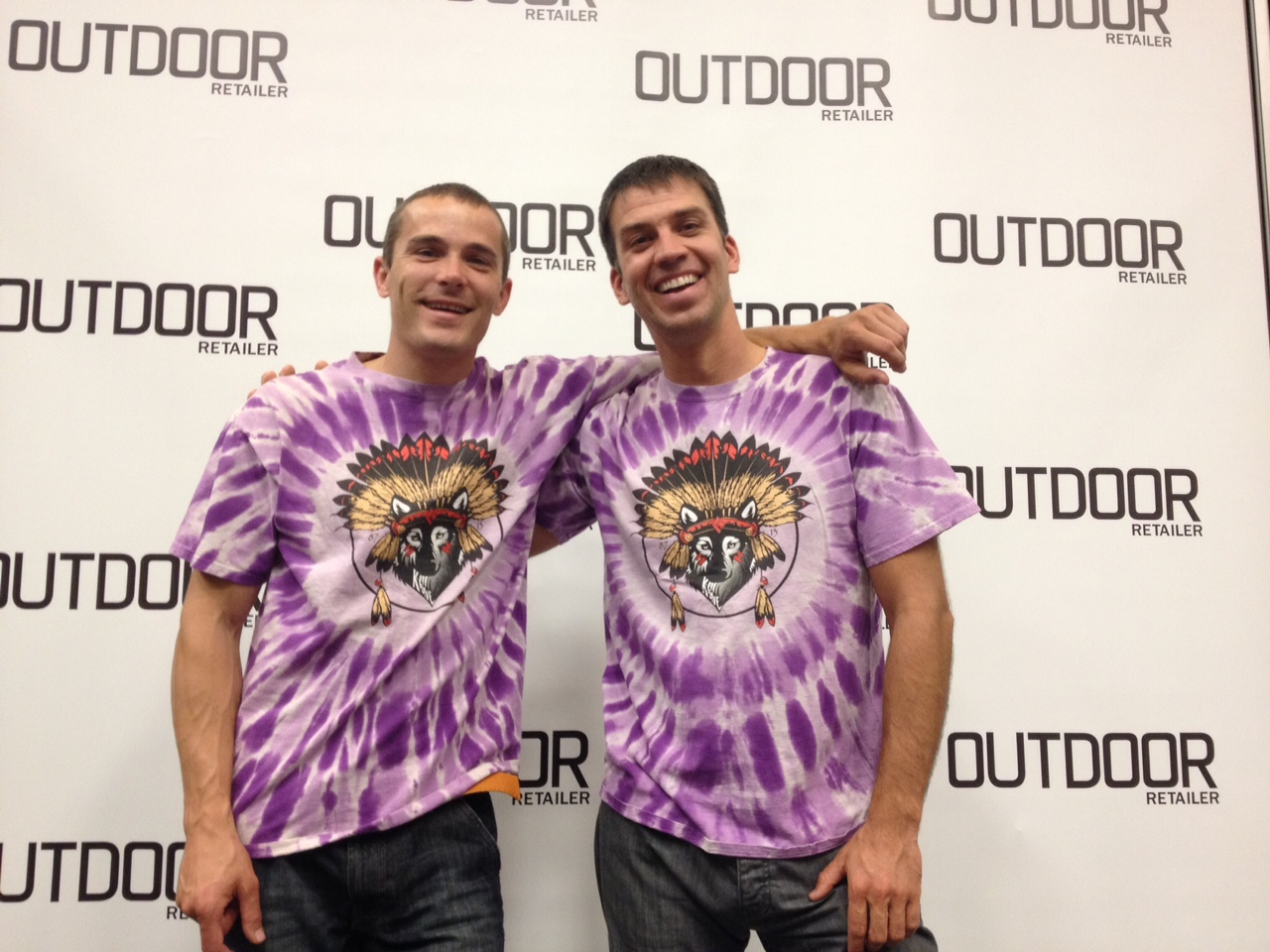 This last month, as we raise funds for The Climbing Zine Book, I’ve been telling a lot of stories about how The Zine came to be. I thought over the course of the month I’d run short on material, but now 29 days into it, I realized I have so many stories its ridiculous.

But one, above all, stands out, and its one I want to share. It’s about a man we call our Publisher Emeritus: Shaun Matusewicz.

by Luke Mehall, publisher of The Zine.

It’s the winter of 2012, and I’m still driving the Freedom Mobile, my spray painted red, white, and blue old compact car. I meet Shaun at Crescent Junction, just off I-70, a half hour from Moab, Utah. We leave my car there, and it fits in perfectly, the entire gas station has a weird cartoon vibe to it; everything is painted in bright obnoxious colors.

I hop into Shaun’s truck, and we drive through a blizzard to Salt Lake City to the Outdoor Retailer trade show. It’s our first time attending. I’m promoting The Climbing Zine, and Shaun is there to support me.

We are staying at our friend Adam Lawton’s house, but Adam isn’t there. He’d died just a week before in an avalanche in British Columbia. We’re devastated. Adam passionately supported my writing, and believed in the dream. Now that I’m knocking on the door of the outdoor industry, and its opening the door for me, he is gone. He would have been insanely proud. He lived with a passion and excitement I wish more people had. He motived me to strive to have that passion.

That weekend we stumbled our way through the trade show, mostly talking to whoever would talk to us, and drinking free beers. Adam’s girlfriend Amber showed us around town and in our deep sadness we found hope that I might be able to build a life with words. Shaun believed in me as much as Adam, and he had years of business experience in New York City, for which he could draw upon and advise me. Years later, Amber and I still stay in touch and reflect on Adam, and how important he was to our lives.

This whole time, if I’m being honest, I was doubtful about The Zine as a business venture. I wanted to be an author on the New York Times best seller list. I thought for sure that was where my talents were, and that was where I’d earn my living. But, it wasn’t. Every book I’ve ever sent to a publisher came back with a rejection notice. The books I was writing were very specific to climbing, and even in climbing literature they fell within a niche of climbing writing. In short, what my big dream was would fail, but I had a friend who believed in a dream that was realistic. And that dream was this little zine.

Shaun and I are like brothers, and it took us years to get to this level of friendship. We’d gotten in plenty of arguments over the years. Even at these shows we’d fight about an idea, and whether it was good or not. I recall these arguments with an intensity of a company making a million dollar decision. Shaun cared about The Zine as much as I did. But the reality: Shaun was never paid a dime for his work with The Zine. He volunteered all his time to me, and never asked for a thing back; other than a pro deal for some climbing shoes.

I’m sure in these meetings when we were pitching companies to sponsor The Zine the people we were meeting with likely thought we were 50-50 business partners with the passion Shaun displayed. Not true. It was always my business, and Shaun had his other ventures to earn his living. It was all out of his love for me to reach my dream.

It look me years of losing money, and working a side hustle to my side hustle, but a couple of years ago The Zine reached a place financially where I could do that as my full time job. I’m still grateful every damn day that I wake up and work on it. I really feel like I’m living my dream. I was born to be an entrepreneur, and Shaun helped me realize that. Who knows without Shaun in my life I may be a bitter, struggling writer; wondering why I never made it. Sometimes we all need a friend to gently guide us in the right direction. And sometimes we need to courage to recognize not all of our dreams come true.

One thing that we were always perplexed by was what title to give Shaun. For years he was listed as a Senior Contributor in our masthead. I always wanted to give him a special title. Then one day it just hit me: Publisher Emeritus. It’s a made up title, combining publishing with an academic title, but it fit perfectly.

Years later Shaun would tell me how much he enjoys seeing his friends follow and achieve their dreams. We were having so much fun pitching I never realized it at the time, but now, as I sit here on the 10th anniversary of The Zine I know it wouldn’t be what it is today without him. And for that I thank you my friend! Here’s to 10 more years of great stories, and inspiring others!