Modern Climbers: The Ever Evolving and Expansive Climbing Scene by Cyrena Lee 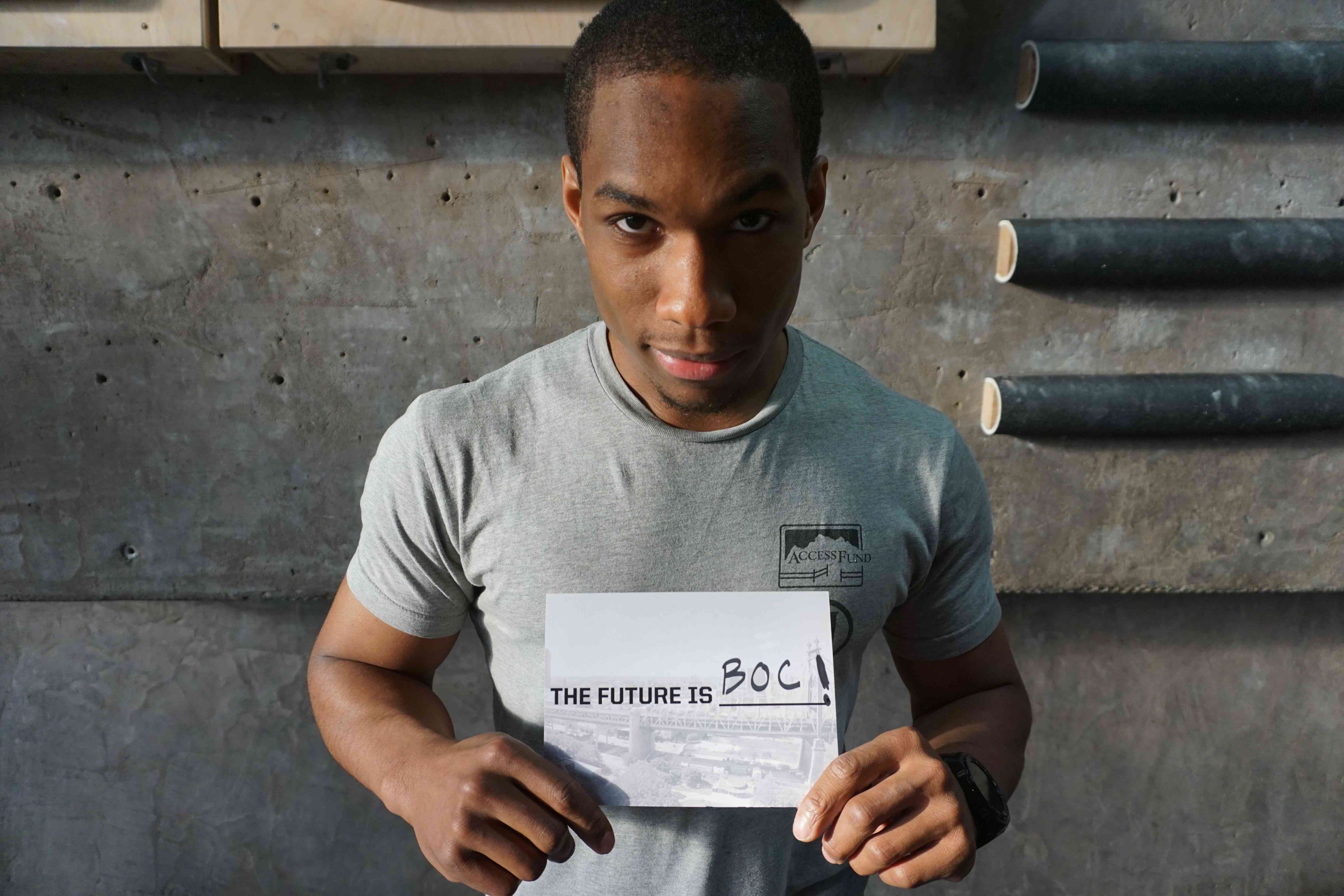 I’ve been climbing for a just over a year now. The first time I pulled on real rock was only a few months ago. Before that, I only gripped plastic simulations of the ‘real thing’ climbing indoors. Even in an urban climbing community, I was quickly introduced to the niche battle over what constitutes ‘real’ climbing, or what makes a person a ‘real’ climber.

banner photo: Mikhail Martin, founder of Brothers of Climbing, showing us that the future of climbing is diversity.

Most contend that “dirtbag climbers” are the most orthodox, the ones who live and breathe to get their  hands dirty and fingers destroyed out in the wild. But as climbing grows in popularity, the scene has changed drastically, and dirtbagging has been proclaimed dead by professional climber and filmmaker Cedar Wright. What is a dirtbag climber? He quotes this definition of the dirtbag climber from Urban Dictionary as the most accurate:

“A person who is committed to a given (usually extreme) lifestyle to the point of abandoning employment and other societal norms in order to pursue said lifestyle. Dirtbags can be distinguished from ‘hippies’ by the fact that dirtbags have a specific reason for living communally and generally non-hygienically; dirtbags seek to spend all of their moments climbing,”

Wright seems dismayed that climbing has become so popular that most first interactions with the sport or lifestyle are in man-made simulacrums, and exasperates that “Modern culture as a whole is also becoming increasingly materialistic” and that “being broke and living in your car is just becoming less cool, even for climbers.” 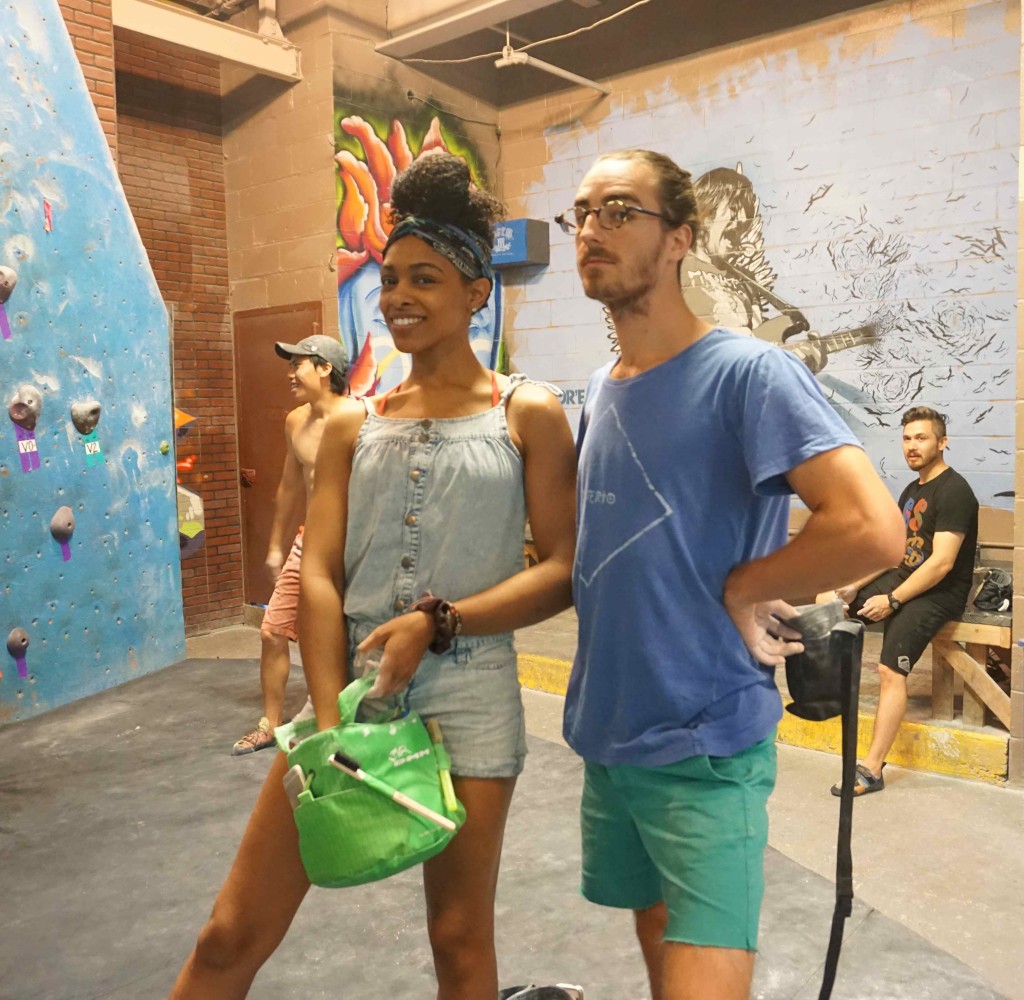 However, what Wright is really calling for is for our generation to step up; he hopes to inspire new climbers to quit their ‘crappy jobs’ to fulfill fantasies of climbing all day.

But what often goes unstated is that dirtbag climbing is actually a quite privileged fringe existence to begin with.  The sport of climbing, like most other things, was pioneered and dominated by white males who had the most freedom to pursue their passions.  Alpinism and mountaineering was essentially a predecessor ‘race to the moon’, a government-funded wild hunt for national glory.

Climbing has come a long way since – unparalleled talent such as Ashima Shiraishi and Kai Lightner – two faces that represent an increase in diversity and popularity of the sport. And it’s evolving at an exponential rate.

With the recent explosion of indoor climbing gyms, the dirtbag climbing lifestyle becomes unsustainable – there simply isn’t enough room in Yosemite for the millions of climbers in North America. Yosemite would crumble, the Access Fund would be overworked, and the peaceful nature of climbing outdoors may be lost to the crowds.

The world is rapidly changing, and the world of climbing must evolve along with it. The orthodox dirtbag climbers who pursue a singular passion for climbing with blinders to the rest society need to evolve, and the definition of what constitutes a ‘real’ climber must expand.

For those who want to spend their days exclusively out on the crag, go for it. But the reality is that there can only be so many Alex Honnolds, and there is so much potential to have more ‘real’ climbers who can embody the spirit of climbing: a relentless pursuit of something that you love.

All climbers know the mental, physical and social benefits of the sport; the zen focus provided from forcing you to be in the moment, and the camaraderie it provides. 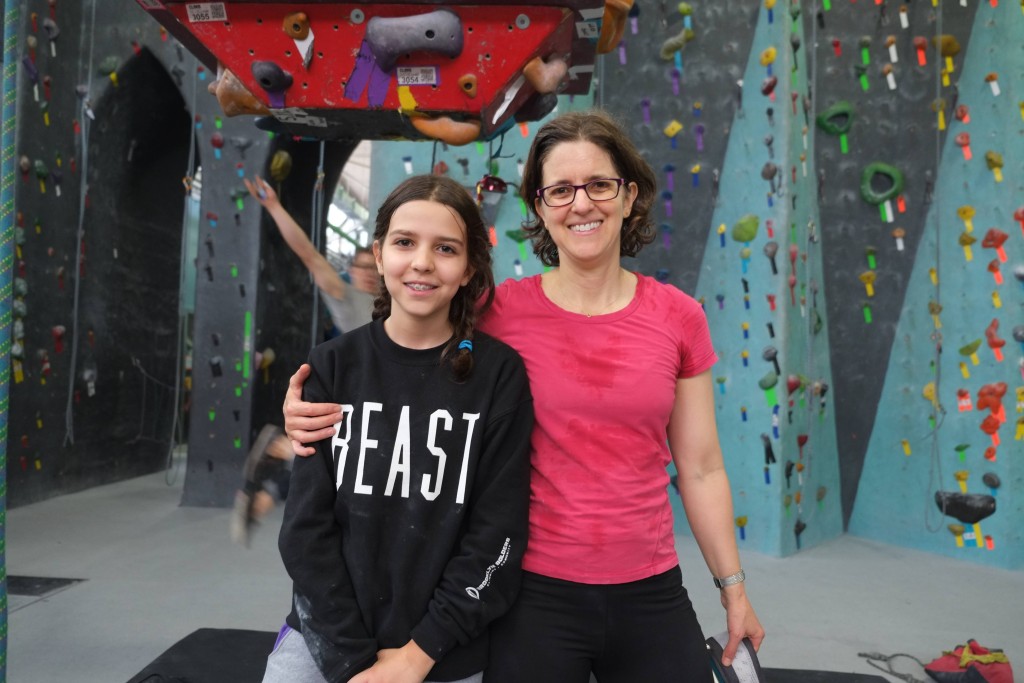 BKBeast Helen and her mom Laura, who is also now a devoted climber

When we make climbing more inclusive, we can make more real climbers, abandoning ties nature of the dirtbag climber as we invent the modern climber as one who can integrate these positives back into modern society. Modern climbers can apply the spirit and skills needed to dirtbag to any dream they can imagine; not limited to the rock out in the world.

Indoor climbing in the 21st century will likely be more and more considered the norm, and that’s okay. Because when you create an accessible space for people to climb, to interact, to challenge themselves physically, to help out their surrounding community – positive change has a ripple effect outwards. Climbers should inspire people – not just to leave their place in society to climb, but to pursue whatever passion they have for the betterment of themselves, and for society as a whole. I hope to see more dirtbag climbers who choose to explore the world, but I also hope to see more people who can embrace climbing as a vehicle to open their eyes up to the possibility of worlds that they can create.

And maybe traditional climbers won’t ever consider someone like myself a ‘real’ climber – a dedicated writer with a desk job (albeit for a climbing facility) and little interest to abandon my life to climb. But that’s okay. I consider myself a modern climber. I enjoy climbing on the weekends, outside in nature. Most importantly: I take my climbing and apply it to my everyday life.

My existence is not sustained by climbing in the dirt, but rather, my existence is explained by how I climb. When I get frustrated on the wall, when I can’t do a problem outside, I examine every inch of my mental journey and extrapolate – what’s holding me back in climbing is very likely similar to what’s holding me back in real life. I complain in climbing that I’m short, that I have a negative three ape index, but in climbing, I don’t let those barriers stop me from doing problems that are more difficult for me than the average person. Likewise in life, at times I whine and complain that as a female and minority in America, it’s more difficult to find success compared to a white man – but these are just excuses.

We all have our differences, our strengths, our weaknesses, our styles and unique characteristics. Climbing has allowed me to evaluate myself not only as a climber, but as a person. It’s shown me how to break notions of what is possible, and what isn’t. It’s allowed me to push myself to pursue my own dreams, of writing, of helping build climbing communities, and living a life that isn’t already scripted.

This is Cyrena Lee’s first piece for The Climbing Zine. She is the Regional Marketing Manager at Brooklyn Boulders. More of her work can be seen at her blog.