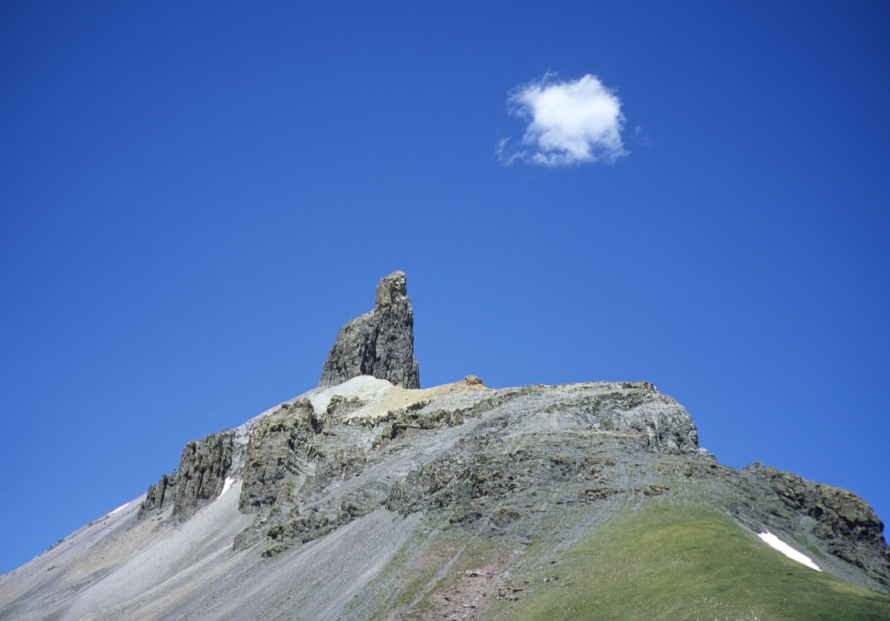 And then there’s Lizard Head.

I have never climbed such rotten volcanic rock in my life. I didn’t know volcanic rock could be so chossy. The real kicker, which I mulled over as I struggled to not fall off the decomposing top pitch, was that this was first climbed in 1921—a century ago!—one of the proud, classic climbs of early Colorado.

by Steve “Crusher” Bartlett (Note: the full version of this piece, is our photo essay for Volume 11, now available in print. Click here to get a copy or to subscribe)

Banner photo of Lizard Head by the author.

My wife, Fran, and I climbed this in 2004. We were visiting Chip Wilson in Telluride. Chip was—still is—stubborn, practical, and fearless. He introduced me to desert towers in the mid-1980s; I taught Chip concrete-form setting, and he took this newfound trade to Telluride. Climbing opportunities near Telluride were few back then, and we assumed that Lizard Head, at 5.7 or so, was some mountaineering moderate that everyone and their brother climbed. We were in for a shock. Later, we discovered this little gem of a description, by Albert Ellingwood:

“A rottener mass of rock is inconceivable. The core may still be solid but the ‘surrounding tuffs’ are seeking a lower level in large quantities.… Absolutely the whole surface of the rock is loose and pebbles rain down from the sides as readily as needles from an aging Christmas tree. In many places one could with one hand pull down hundreds of pounds of fragments, and occasionally we could hear the crashing of small avalanches that fell without human prompting.” 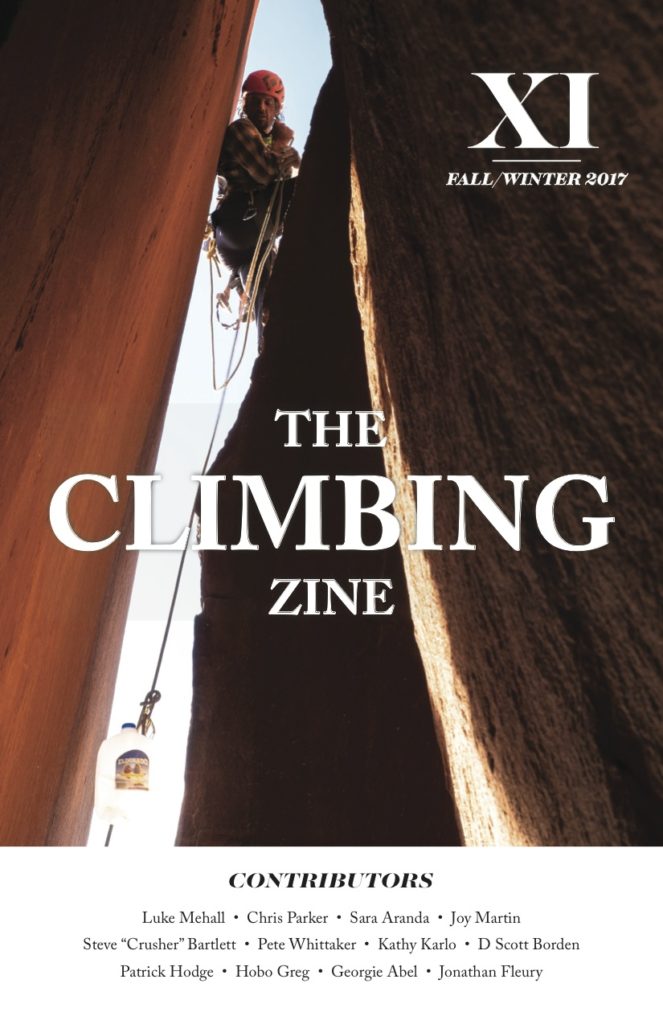 Who was this person who took such risks to climb this obscure formation? Ellingwood grew up in Colorado Springs. In 1911, a Rhodes Scholarship took him to the UK’s Oxford University for three years where he joined their mountaineering club. This prosperous, post-Victorian era was a pivotal time for the sport. There was an expanding middle class, wealthy, educated, intellectually engaged, enjoying leisure time and energy to enjoy it. Previous to this, mountaineering had been an exclusive upper-class hobby. The leading climbers were young, strong, fit daredevils who formed clubs (Oxford University’s was very active at this time) and shared resources and information. They crafted better techniques for belaying, anchoring, and rappelling. And, they developed a new attitude:

“The true joys of mountaineering are…only to be had when the climber…goes to the mountains because he loves and respects them and not just for display of his skills, or to compete for records or first ascents, or the collection of summits. These latter rewards are froth, none of them worth a man’s life—or even his time. If the approach is right—for love, not gain, mountains enrich life and are worth all the risks entailed.”

These words were written decades later by a Scot, Bill Murray. He lamented how so many climbers and the ideals they developed were lost during WWI. But perhaps Ellingwood preserved something of that attitude when he returned to Colorado in 1913.

Certainly, he began putting up harder routes than anything previously done in Colorado. The bit about the mountains being “worth all the risks entailed” would seem appropriate for Lizard Head. A fist-size rock hit Ellingwood’s helmetless head; on the descent, their rappel rope jammed and had to be abandoned. 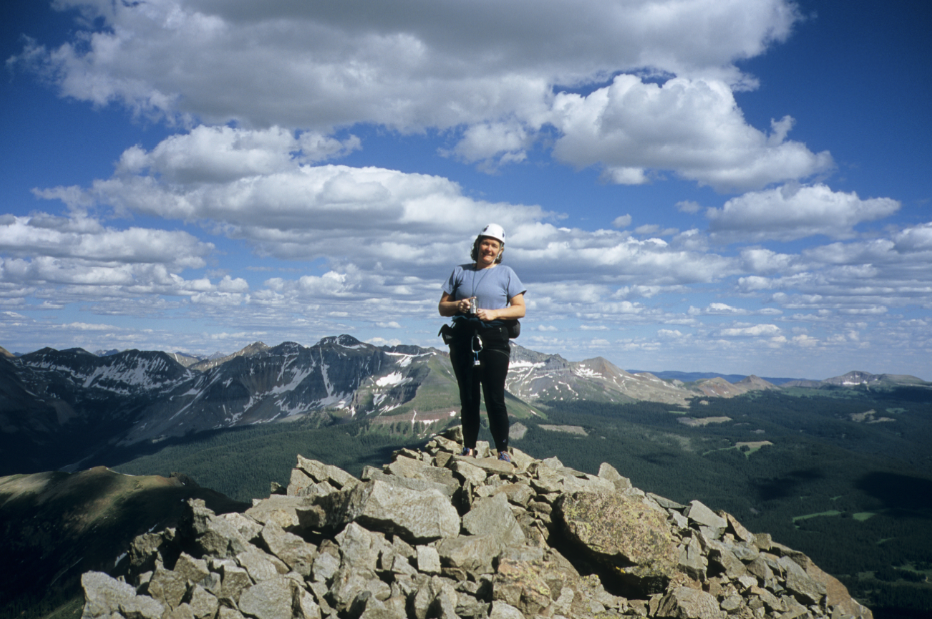 Fran Bagenal on the summit of Lizard Head. Photo by the author.

Lizard Head is serious in ways that all the modern equipment in the world cannot change. A great partner—self-sufficient, unflappable, and with an understanding of when and when not to engage “the risks entailed,” —reduces the fear factor. Fran is definitely on my own list of Great Choss Partners. We met in the mid-’80s in Joshua Tree, round a campfire, and decided to go climbing together the next day. And the one after that… Whatever needs to be done at her end of the rope will be done just right.

To check out the rest of Crusher’s photo essay pick up a copy of Volume 11 in print, or subscribe by clicking here.

Had Crusher known he’d live to be so old, he’d have climbed more dangerous climbs and ridden faster motorcycles. Otherwise he would not change a thing. He is the author of Desert Towers, a boisterous history of the select band of rock climbers who have thrived amid the chossy pinnacles of the Southwest.