Living Rent Free, On a Portaledge or in a Tent 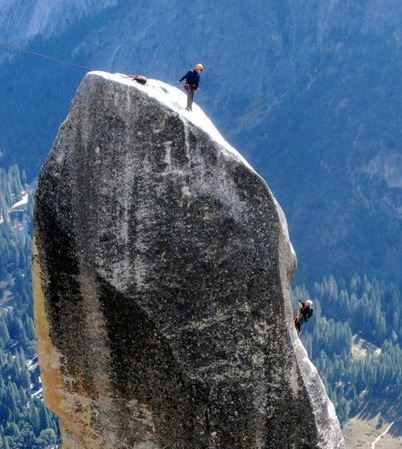 I blame my dirtbagging, vagabond ways on my education at Western State College of Colorado. As a child of the Midwest, I’d slept under the stars maybe a handful of times before I moved to Gunnison at 20 years old, but in my first year studying Recreation I found myself sleeping in a snow cave, with two other students and my professor, for credit. The realization that one can survive this way, and even be comfortable was a personal breakthrough, and left me wanting more of this lifestyle, much more.

After gaining two years of knowledge at Western (now called Western State Colorado University) I wanted to put what I learned to test in the real world. At first I thought the summer would be enough, I slept on rock ledges in Yosemite, campsites in the majestic outdoors I called my backyard here in Gunnison, and various climbing areas across the United States. Yet, I wanted more, so took a full semester off and moved into a tent; at first it seemed like avoiding responsibility, but now in hindsight it was gaining field experience for my chosen path of study.

I felt like I was Huck Finn or Jack Kerouac, recapturing forgotten joys I’d assume were long lost because I was becoming an adult.

Even though many college educations are left half finished because of “taking a break” I managed to get the job done and finish. After graduation I felt lured to continue experimenting with living in the great outdoors. I’ve spent hundreds of nights under the stars calling a tent home, slept in my vehicle countless times, and even several nights perched on a rock face a thousand feet off the ground. To top this off, I rarely spent a dime on my accommodations. After 15 years of this lifestyle, here’s some of my favorite ways to live rent-free: 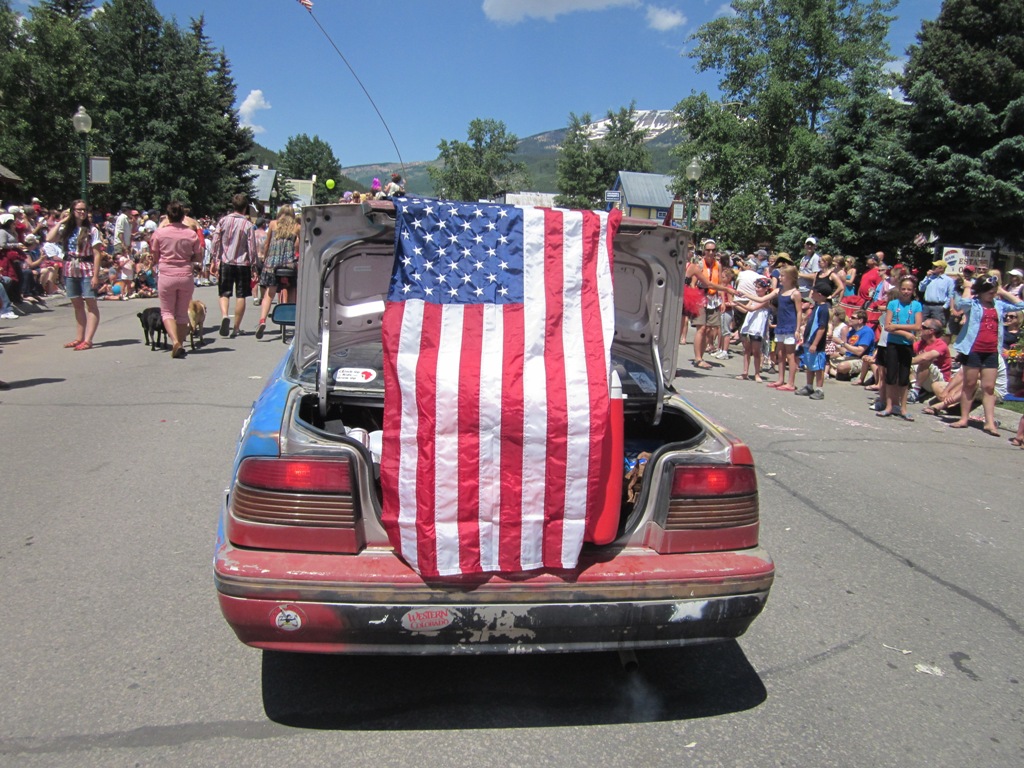 “To The Dirtbag Mobile”

When Chris Farley joked about living in a van down by the river, he equated that lifestyle to failure. For many outdoor enthusiasts the experience of living out of their vehicle is a dream come true. How far you want to take it is up to you.

For many years my credo was to only own as much stuff that could fit into a compact car. I’d live in the Gunnison Valley in the summer, and then hit the road when things got to cold for climbing. Those who live in their vehicles don’t have TVs, couches or microwaves, but there is an incredible potential to live comfortably.

As a point of interest the most famous climbers or mountaineers often live in vans. Alex Honnold and Tommy Caldwell, the guys you see in National Geographic and in television specials, live in vans; success is measured differently by outdoor enthusiasts.

The most simple set ups are compact cars, they usually cannot be slept in, but contain everything needed for outdoor living. Then you have station wagons, which can be modified to sleep in comfortably. Next comes a truck, add a camper to it and things are starting to get plush. The van is the ultimate. I’ve seen vans with stoves, refrigerators, solar for power, and queen sized beds. Home is where you lay your head, and some people live out of vans for years to fully embrace their outdoor passions. 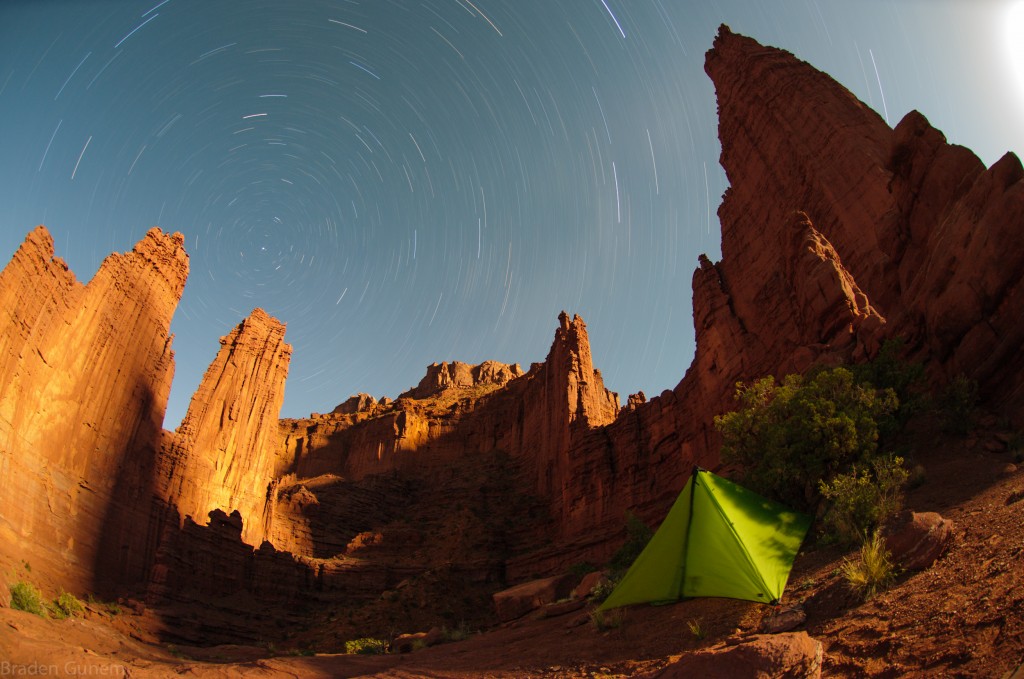 photo of the Fisher Towers, Utah by Braden Gunem

Living The Dream (in a tent)

The most transcendental moments of my life have happened while living in a tent. My education led me to the lifestyle; the field of Recreation, which I like to refer to as re-creation (of one’s state of mind) has to be experienced to be understood.

Camping for the summer is a pastime for college students, and those in their twenties. The concept is simple: move out of your apartment, liquidate your belongings or put them in storage, and stake out a hidden campsite somewhere. Live under the stars, suffer with the elements, get your heat from the fire, and your air conditioning from the cold nights. Enjoy the solitude and invite your friends over for a night or two. Just be sure to move your site every 14 days to comply with the law.

This is perhaps the most delicate way to live rent free, because you are living off someone who is paying rent. I’ve probably spent 200 days of my life living on other people’s floors, couches, or spare rooms. Couch surfing needs to be a network, and couch surfing karma is where the key lies to unlock this lifestyle. Let someone stay on your couch for a week, and then accept the karma back at another place.

The best couch surfing location I ever had was in Gunnison. Just after finishing college all of my friends were living the dream in one way or another. Some were raft guides and outdoor educators, others were working seasonally at non-profits, and I was a dishwasher/writer saving my pennies for climbing trips. I lived out of my friend’s house, rotating between crashing on the couch and pitching a tent in her front yard. To build up my karma I washed her dishes, cooked meals, and threw a twenty dollar bill her way every once and awhile. Another friend was living out of an RV in the parking lot, and the house became home for many climbing/ski bums. More than a place to live it was a basecamp for adventure; communal meals, games at night, and always a place to hear or tell a good story.

Couch surfing is more than just something people in the Gunnison Valley use to buffer their adventures and save money; it is a worldwide phenomenon. The website couchsurfing.com has a network of hosts and travelers from all over the world, and boasts that 10.4 million couches were surfed in 2012. 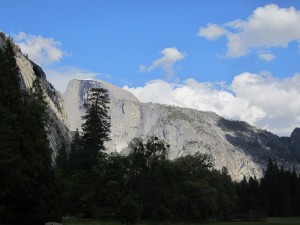 The Rock as a Home

The most memorable nights of my life have been spent dangling off the side of a cliff on a small ledge, or in a portaledge, a hanging tent used to camp on big wall rock climbs. Imagine two thousand feet of air underneath you, watching the sunset, and the stars arrive, one by one, as you cook a modest meal of pasta, balancing your stove on what little space there is to cook. 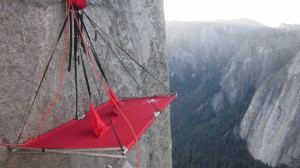 The view is one of a king, and you have to suffer for it, packing all your supplies in a haulbag, that seems to weigh a ton, and must be hauled up using a pulley system. But when the day is over, and the climb is not, life hangs in the balance of the beauty of living on a wall. Forget going to the moon, this is the unique way to see the earth. One cannot help but reflect on his life, what got you to this crazy vantage point, and where you want to take your life from here. If you have what it takes to do this, you believe you can do anything. 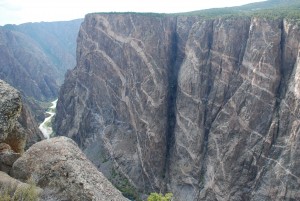 Just an hour and a half from Gunnison is the Black Canyon, Colorado’s Yosemite, with many walls close to 2,000 feet in height, and the Painted Wall, Colorado’s tallest cliff at 2,300 feet. Most will simply look down at the abyss, and let the feeling of two thousand feet of air beneath you sink in. A demented few will enter the canyon, and of those a mere one percent might choose to live on the cliffs for a few days. When you take a look down into the canyon think of an ascent in the late 1970s where a team of four spent 17 days establishing a climb called the Hallucinogen Wall, and ponder that way of living. 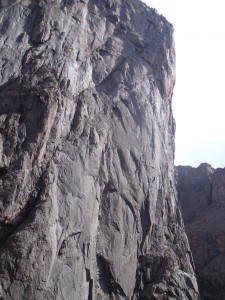 The latest version of The Climbing Zine, Volume 5, The Dirtbag Issue, is available on Kindle, and will be available next month in print.

This article was written for the summer issue of Gunnison Country Magazine, published out of Gunnison, Colorado, close to The Black Canyon, the biggest walls in Colorado.