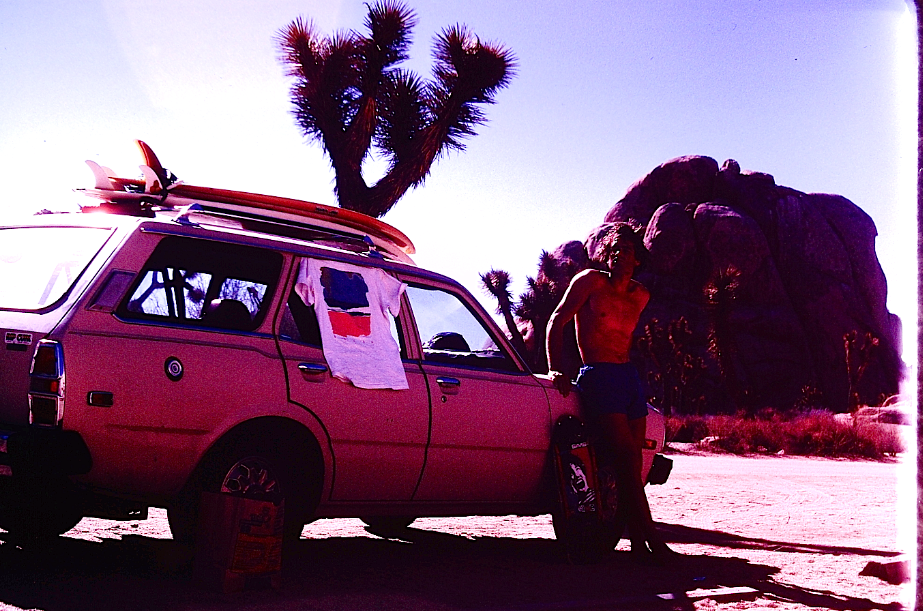 Note: This is included in Sandahl’s photo essay for Volume 8, The Old School Issue. All photos by the author.

Because I grew up in the Pacific Northwest, the amazing rock, weather, and landscapes of California were always a massive pull. Generally, each winter or spring break—if we weren’t ice climbing or alpine climbing in the Cascades or doing a ski tour in Canada—we’d head straight for Yosemite or Joshua Tree, depending on the weather. Winter break usually meant Josh. It truly was the California-dreamin’ effect. We’d either hitchhike or pile into one of our rigs that seemed most capable of doing the big drive south. We’d load skates, surfboards, slack lines, and climbing and camping gear and head for the desert of southern Cali. After a rainy, cold fall, that dreamy Cali sun would feel so righteous, and like clockwork, the usual suspects would slowly turn up one after another. The Canadian brethren would drift in, as would the Oregon cats and the Valley boys, making their annual migration. The Rocky Mountain crew and even the Gunkies/East Coasters would do the big journey, seeking sun and crystalline rocks. Pretty soon, most everyone you knew would be chillin’. The community back then was so small and tight!

Then, as now, there were some pretty fringe characters living life in the dirt in the Joshua Tree desert. Special K (Karl with a K) was one such dude. Even with all his quirks and idiosyncrasies (okay, he was freakin’ nuts), he was tolerated and allowed to join in. He lived primarily on Monkey Chow—from big bags. The crew would look out for him. I remember taking him to town one time with John Bachar and going shopping—poor Karl didn’t have enough money for his purchase and started to melt. John and I ponied up for him to keep his mind from total failure.

Then, there was the classic Boom Boom Room, where thirsty climbing crusters went to slake their thirst and get bent. Others, like Bwana Dik, aka Dick Ceilly, would wander the campground with a climbing store literally on his back and within his trench coat. He sold chalk, Kinnaloa chalk bags, ‘biners and minicams, et cetera, making enough to feed himself, stay liquored, and keep the dream alive. 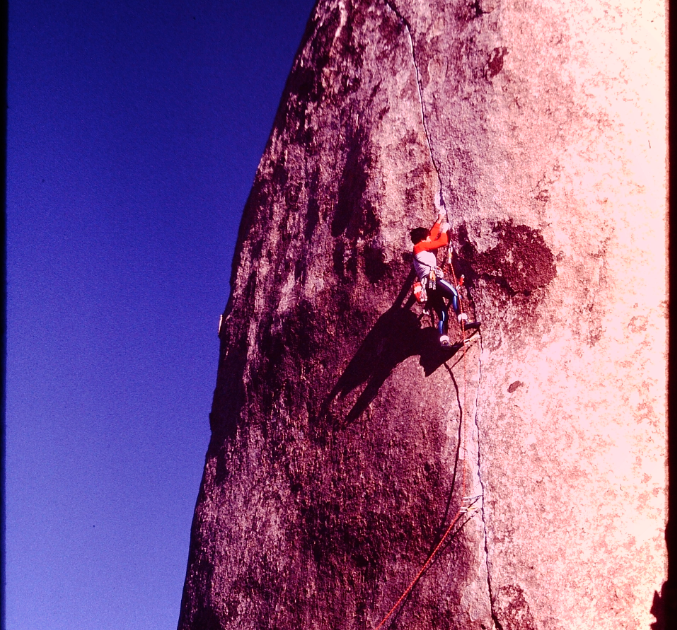 Finger cracks were like the sport climbing of crack climbing, before sport climbing existed. We’d seek those bad boys out and try to send as many as possible on our vacations. The Equinox was one of Josh’s very finest. I had saved it for years hoping for an onsight, as had Stevie. We both got beat—that thing is no frickin’ joke.

This piece was originally published in The Climbing Zine Volume 8.