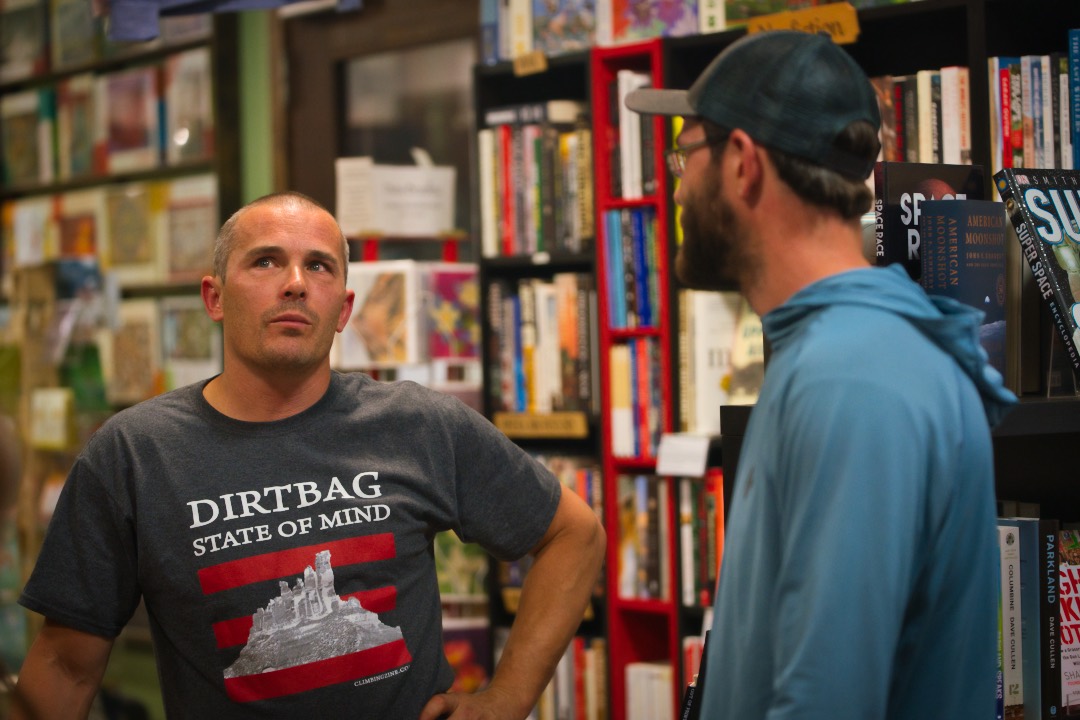 From Townie Books in Crested Butte, Luke Mehall and friends tell stories from his books American Climber and The Desert, and a few out of the box tales as well.

Mehall is the author of five dirtbag climbing books, and he’s the publisher of The Climbing Zine. The Desert is Luke Mehall’s fifth and final offering in his series of dirtbag climbing books. The book begins with Mehall’s first trip to The Desert, a visit to Indian Creek in 1999, and chronicles nearly two decades of experiences. Over time, the author grows from thinking that the red-rock desert of the Colorado Plateau is just another stop along the way to finding himself more and more at home there. Ultimately, the author’s passion for first ascents with his best friends fuels his desire to get to know the area in an intimate way. At the same time that this transformation occurs, the Bears Ears National Monument is created by the Obama administration and then ultimately dismantled by the Trump administration. While the final decision by the courts is awaited, Mehall contemplates the importance of public lands for the soul of America. He also pulls no punches with his thoughts on Trump’s decision. The Desert is a definitive, independently published account of a dirtbag climber searching for love, passion, fresh air, and, an escape from the electronic hyper-connectedness of the modern world.