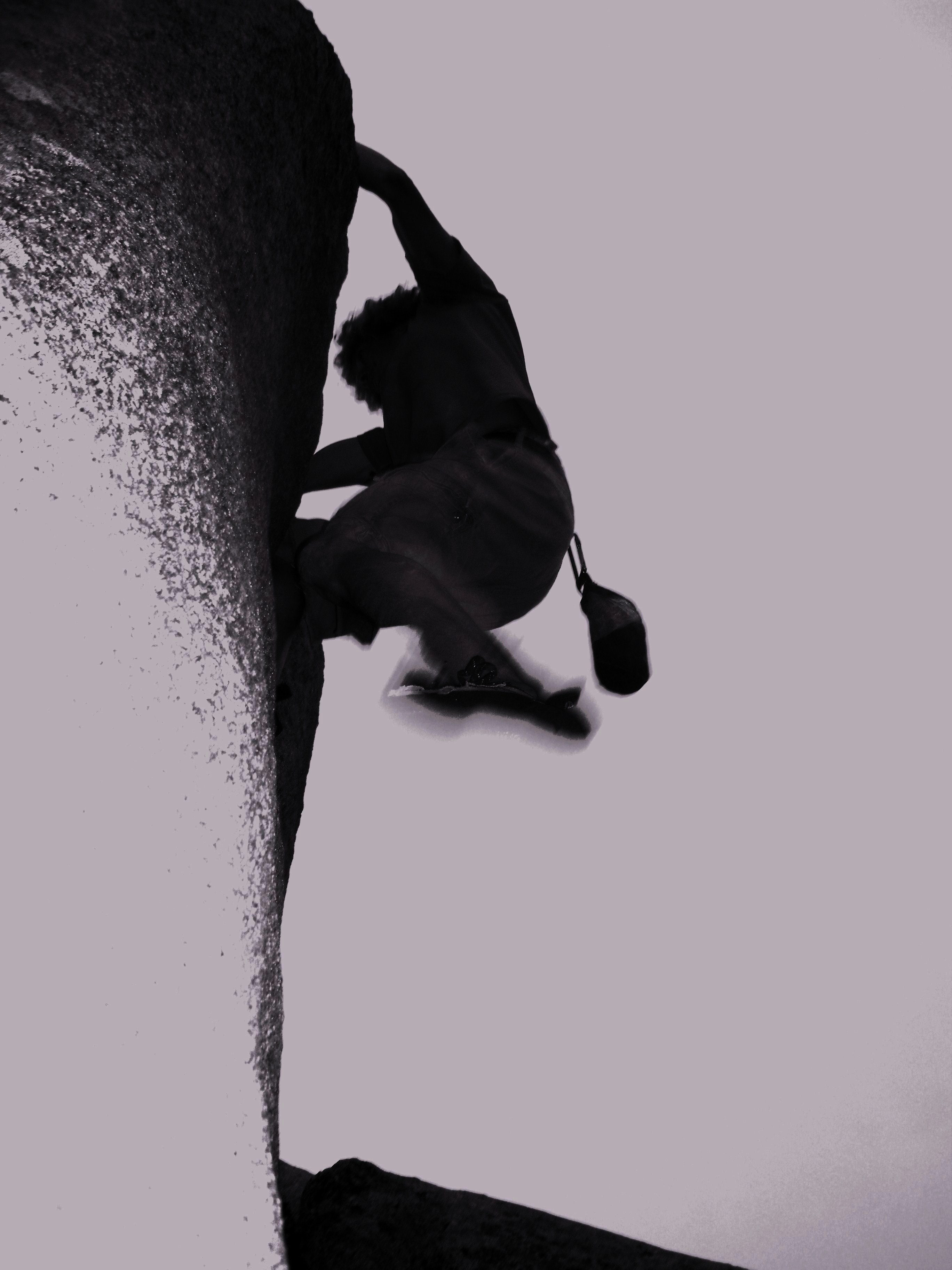 When one seeks out to know the full truth in a situation it seems like there are always twists and turns. But if you really want to arrive at the destination, you’ll get there, seeing something different than what you probably imagined in the beginning.

Two days ago I published my “Open Letter to Climbing magazine” critiquing Climbing for what at that time seemed like a blatant copy of one of our columns “The Last Pitch”. I was more than happy to take this issue online, because I’d been hearing about Climbing taking article ideas from potential contributors and claiming them as their own, and also duplicating identical wording for columns from other entities in the industry. I wanted to take a stand for the little guy.

I thought I was being a champion for a just cause: exposing the truth. And, I still have that conviction. I just think there’s a little more to the story that I owe the reader.

When I initially spoke with Julie Ellison, who knows how to be a good editor and is the current editor of Climbing, with my suspicion of their duplication of our column we quickly got into a heated exchange, which ended in no formal resolution.

Ellison herself was the person who I heard from multiple sources would work with a freelance writer on a story idea, and then suddenly mysteriously stop communication, leaving the writer hanging and clueless as to what was happening, only to find out months later that she had stolen the idea and written the article herself in Climbing. This seemed like enough evidence for me to take my issue with “The Last Pitch” column to the world of social media, for better or worse.

Of course, the letter made its way through social media, and Reddit. Some people championed the letter, others made fun of it, but interestingly enough, several others had valid critique of my article, and the column itself.

First off it was brought to my attention that we are not the only “Last Pitch” out there. Dead Point Magazine has been doing a “Last Pitch” column even longer than we have (though it does not resemble ours in any way). 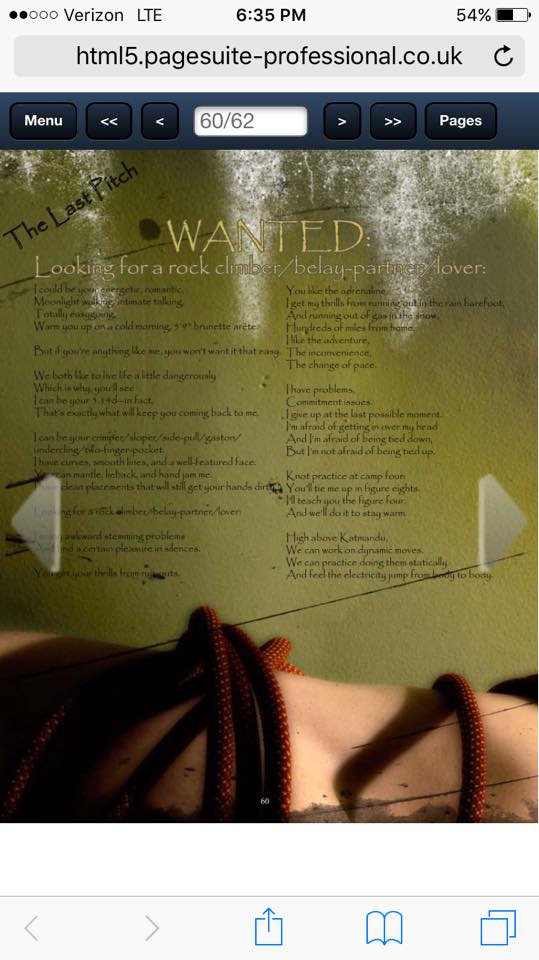 Additionally, another person brought it to the attention that the cover of our magazine highly resembles the format for the cover of the Alpinist. The person questioned that if we were critiquing Climbing for doing something very similar in layout why were we above it ourselves. It was a valid point.

The most important thing about the “Open Letter” was to force Climbing magazine to stop operating so unethically. However, the greater readership to the “Open Letter” found holes in my argument. I don’t want to hide those, and as a journalist at heart, I am always interested in the truth, even above my own personal errors and faults.

There’s just one more interesting layer to this story. Despite the fact that I have several reputable sources that Climbing has blatantly taken ideas from contributors and columns from other publications no one would speak on record. People in the climbing industry don’t want to ruffle any feathers because we are such a small community and upsetting one person might have a ripple effect to their personal position in the industry.

This is something I hope I never fall victim to, and I think this is the best reason why the climbing world needs an independent, free thinking publication like The Climbing Zine. Originally zines were done by skaters and punk rockers, who didn’t give a fuck about the establishment. They wanted to publish things that were full of original, unfiltered thoughts. And, though I’m not a punk rocker, that was the original vision behind this zine, to do something completely new and original and to write freely.

In the end I am more certain than when I started that Climbing purposely copied our column? No. But, am I more confident that Climbing will think twice about stealing peoples article ideas and claiming them as their own? Yes.

And, will we continue to be a voice when we see something that isn’t right in the climbing world, and no one else is speaking up because they are afraid to ruffle feathers? Abso-fucking-lutely.

Luke Mehall is the author of American Climber, The Great American Dirtbags and Climbing Out of Bed.