Remembering How to Believe by Drew Thayer 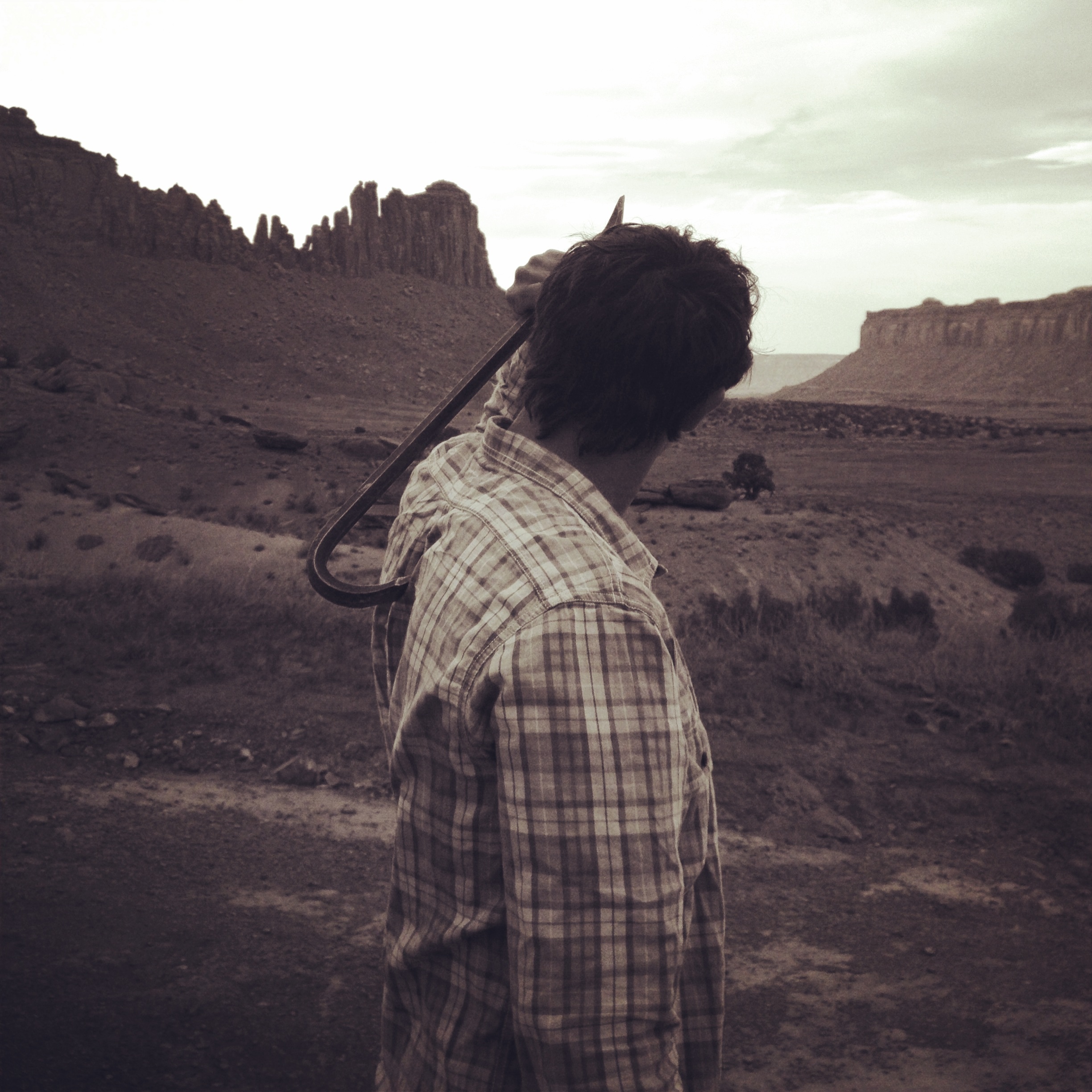 My life is now unmistakably entwined in the rhythms of grad school; work ebbs and flows, and when it flows it’s high tide. The work is engaging, so much so that boredom never really happens anymore…but of course the flip-side of that coin is the lack of quiet spaces. 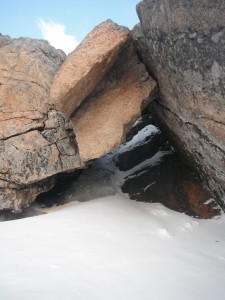 Can math explain this? photo by Drew Thayer

In the fast pace of academic life, if you want stillness you need to create it; it doesn’t just happen. It takes willpower. This is the trade-off, of course, between physical jobs and mental jobs: boredom vs space. As a grad student studying mountain hydrology with geophysics, I think a lot about math and earth systems and I learn to see the world distilled through equations. Structures and patterns emerge out of chaotic complexity before my calculating mind. There is always something more to do, and I am never, ever bored.

In contrast, a couple winters back I was an apprentice electrician. I rose before dawn and drove home at sunset and learned simple tactile skills. I was often bored. And I thought about life a lot, or just generally pondered, or went long hours not even thinking at all. I read good books during my lunch break and thought about them all afternoon, and I knew the stories so intimately I felt their rhythms in my own life. I worked hard, and I loved books, and every weekend was mine to explore red deserts and snowy mountains.

In this new chapter of incessant busyness and cerebral pursuits, getting out to climb in the wild, un-digital world has become more important than ever. I spend so much time inside the world governed by mathematical precision, depending on logical constructs…it can be hard to depend on more organic, un-measurable quantities, like stamina and intuition and touch. It’s strange for me to realize; accustomed to being so rigorously analytical, it can be hard to simply…believe. 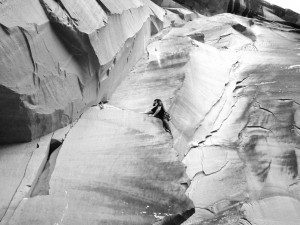 Tim Foulkes getting creative and believing on the Mustache Lady’s Sister, a new route in Indian Creek, located on the Dove Creek Wall.

Belief is the soul of climbing and adventure. A calculated ascent is only worth the paper it was planned on. An inspired ascent, no matter the outcome…that is what takes us beyond the pitiful constraints of our self and allows us to connect to the larger reality. I’m finding now that the only way to balance the analytical rigor of school is to subvert (or transcend?) my churning, analytical brain and get out in situations that appear, to the analysis, to be…simply fucked. This is the moment that you try, in planning, to avoid: a headlamp dies, you don’t have the right size piece, you run out of water, the ice isn’t thick enough…This is where belief starts: the facts predict failure, but the silly monkey decides to succeed anyway, because deep down he knows something: within his oversized brain and primate skeleton resides an overwhelming well-spring of potent, tenacious possibility that we call will-power.

On Saturday I battled up an ice-free granite corner with ice tools and crampons. Did it make any sense? Does smearing on featureless granite with crampons work? Is falling wearing crampons a good idea? None of these! Calculating mind would have promptly bailed…but after a day of hard effort in that spacious arena, I’d succeeded in leaving the analyst behind, and found space for belief again. I believed I could climb the corner, so I did. And for five minutes, the world was sweet, blissful silence. And THAT is freedom.