College Me and The New Members in the Tribe 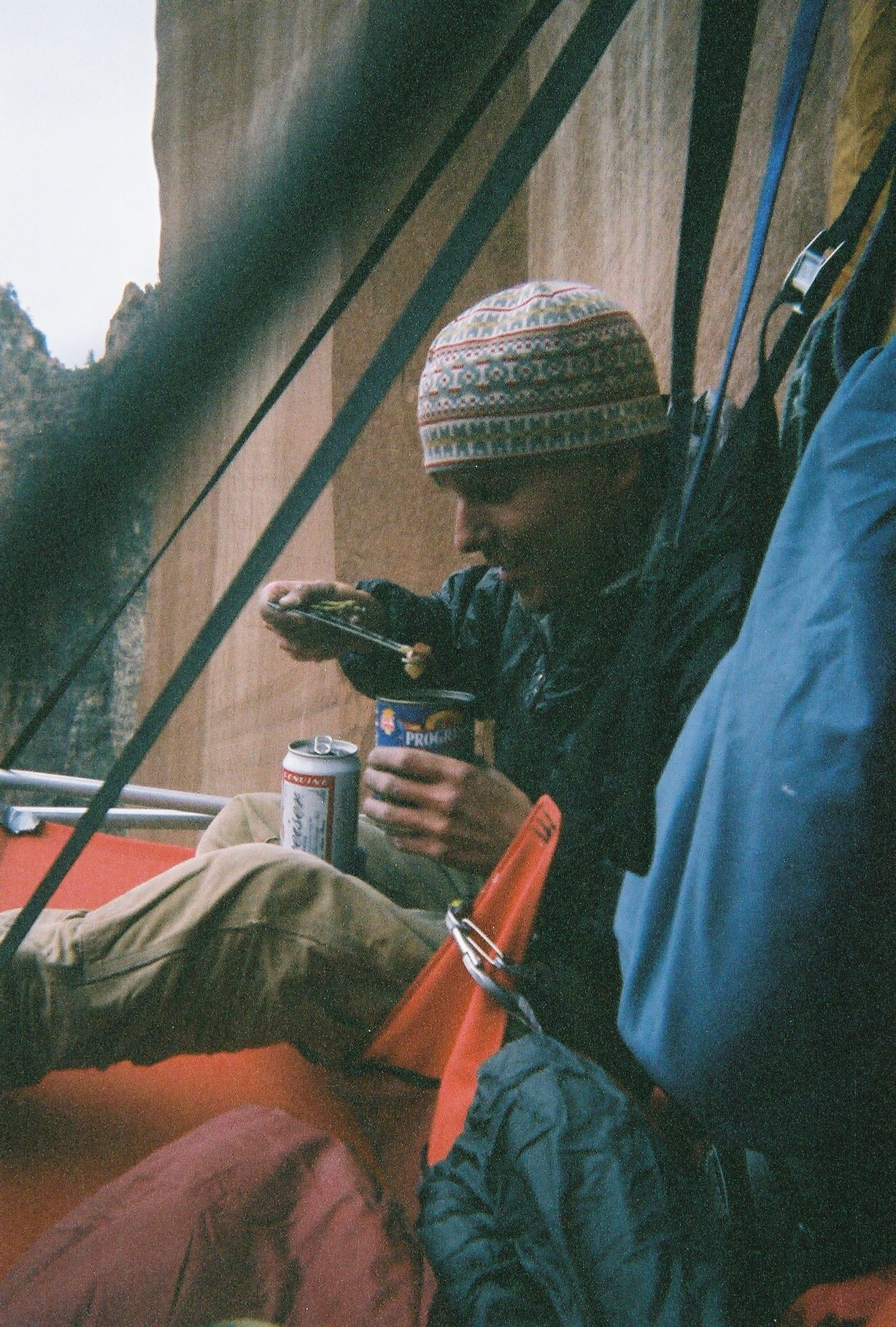 I awoke in the Indian Creek desert to the sound of a crying baby. I tossed and turned over in the back of my Subaru – it’s always a good morning when I wake up in the back of my car – and sat there basking in a new sort of nostalgia. The tribe is growing.

banner photo caption: College days, learning to wall climb. When Dave Ahrens and the author did Moonlight Buttress they ate their meals with a nut tool. Taken with a disposable camera (pre-digital days) 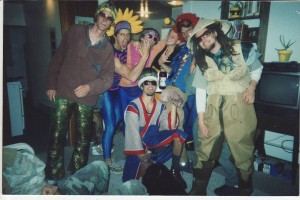 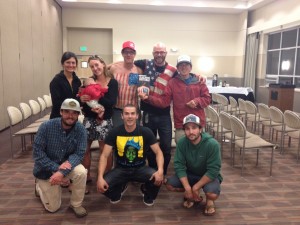 Our tribe, those who believe and know our outdoor experiences define who we are and shape our existences, is constantly ebbing and flowing. New friends, kindred spirits, are essential to recreation, but with Persephone, the crying baby, well, she is truly the first in my circle of friends to be brought this closely into the climbing world.

Sure, I have other friends who have kids, but most of them procreate and then seem to disappear off the face of the earth. They move to places like Denver, Oklahoma, and Texas; and then they become “the friends I talk to once a year on the phone”. There’s no fault in that, raising children is hard work, and I understand why many of my friends have left Colorado mountain towns for steady paychecks and domestication in the flatlands.

But Persie, her parents have stayed put, for now anyways, in Gunnison, and are still dedicated to climbing and skiing, and all that comes with that lifestyle. This little sweetheart, she puts a tear in my eye and a smile on my face just thinking about her. So, to say the least, I didn’t mind her crying that cold late November morning. I couldn’t have been happier to have her there.

In college, when I knew everything, I proclaimed to my parents that I was never having kids. I was sure of it. “There’s already too many people on this planet,” I told them. “Overpopulation is the number one environmental problem, so why should I contribute to that?”

When I shared this bit of information with a ladyfriend of mine in college she replied, “You’re going to be a lonely old man.”

I replied with silence.

I know I’m a failure in the eyes of College Me. Everything was about the outdoors and the environment, and my professors seemed to plead to me, it is up to you to do something. I thought our generation was going to save the planet, and I thought I would be able to curb my consumption and carbon footprint. I envisioned myself driving a car that ran on hemp oil or hydrogen or something, living somewhere in a yurt where I raised and grew my own food, and writing ferociously like Edward Abbey, taking down the machine one sentence at a time.

And where am I at? Ten years out of college and my Subaru is gulping down cheap gas like there’s no tomorrow. My phone does really cool things, I buy most of my food at the grocery store, and my energy comes from all traditional sources that are contributing to climate change. At least weed is legal though, College Me has got to be stoked about that!

I don’t have kids, but not for environmental reasons; that notion has long faded, my belief now is that the outdoor minded/liberal arts educated folks are the ones that should be procreating. Saving the planet. Impossible. Saving yourself and changing your ways. Difficult, not impossible though.

The one thing I am proud of is knowing and appreciating the moment. Lose a friend to an avalanche, a motorcycle wreck, or a climbing accident and the truth is revealed: your time here is precious and you are just one-minute part of a complex world. Have you done something you’re proud of? Are you doing at least one thing to put your life in the right direction? Is there someone still around that you really love? Yeah, you may not have grown up to be who you wanted, but is there something that still gives you hope? Then that’s what you live for. At least that’s what I live for. Hope. Friends. Love. The moment.

I don’t have kids simply because I haven’t met my life partner yet, with a huge dash of good luck, and proper usage of birth control. I know most women want kids, and I know there’s nothing I love more than women, so College Me loses in this argument. Seeing the changes that happen in women from their early twenties to late twenties has been eye opening as well; that biological clock thing they tell you about that never seems real until you witness it first hand.

I think most single people who are grown adults have that one who got away. Or, maybe more than one. I can fondly reflect on a few. The other day on the phone I was talking with a former lover who I once thought was The One Who Got Away. Eventually I realized she wasn’t, but she is still somehow I highly respect and try to stay in touch with. She is also about to deliver her first baby. Educated, passionate, beautiful, and environmentally minded, I know she’s going to be a great mother.

Our conversation wasn’t overly profound. It revolved around, what so and so is doing, and how our careers are going, but I noticed she was eerily calm and centered. When we dated and she was in her mid-twenties she was certain she didn’t want a child, but as she grew older, and fell in love again, she realized for sure, she did want a kid. And, so she is.

As our conversation grew to a close she said something that stuck with me. “You know, for most of our lives we’re preparing to arrive. We’re kind of always in that process of arriving at something.”

Last week I ventured out to Indian Creek to that same campground where we spent Thanksgiving; I was supposed to meet a friend but I couldn’t find her. The campground, which was full over the Thanksgiving holiday, was quiet, with not a single person in sight. I couldn’t bear to stay, it was just too silent, and it would have been weird to stay there all by myself.

So, I turned my Subaru around and headed back to Durango, looking forward to days in the future in the desert, surrounded by friends, and little ones running around; a picture of the future College Me could have never imagined; one more beautiful than I ever could have dreamed.

This piece was originally published in this week’s Durango Telegraph.