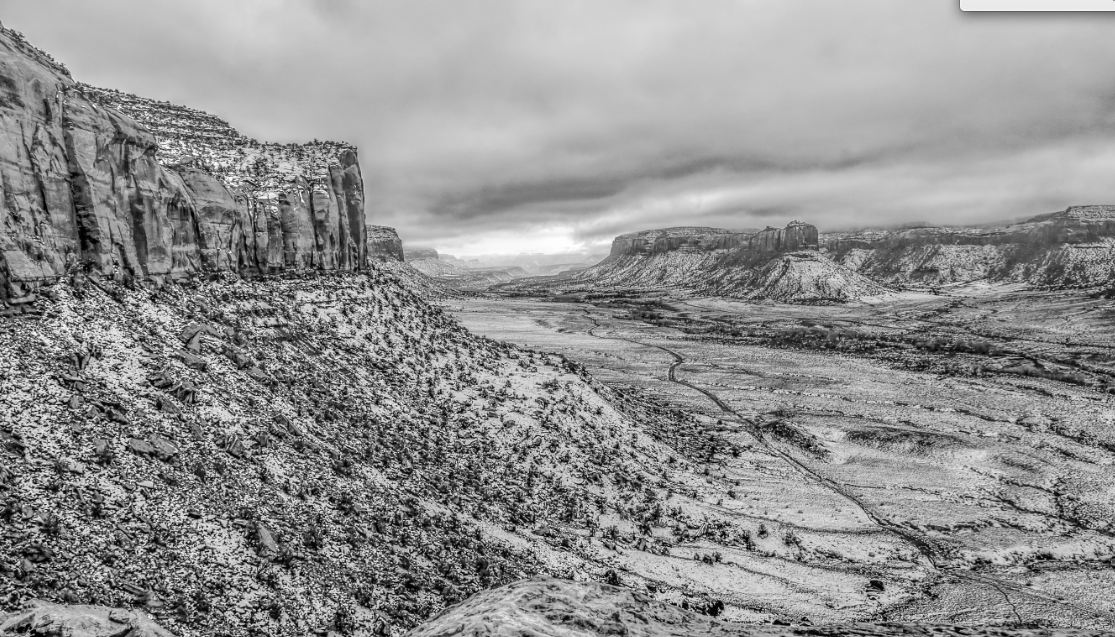 We were about thirty minutes into our adventure and five minutes away from finding the explosives. I looked back to my companion for this adventure—a BLM law enforcement officer, packing a gun and everything—and asked if he was doing alright. He was just fine, and minutes later we were checking out the explosives.

“You moved these?” the officer said. “You’re brave.”

I’d found the box of explosives on an exploratory hike in my favorite place in the world, Indian Creek, which is part of the newly created Bears Ears National Monument. Shortly after discovering them I was confused about why they were there at this particular rock band, so like any modern human I took to social media. I posted the photos, and several friends knowledgeable about mining and extraction chimed in. The answer from just about everyone was that it was leftovers from an exploratory mission to find uranium. 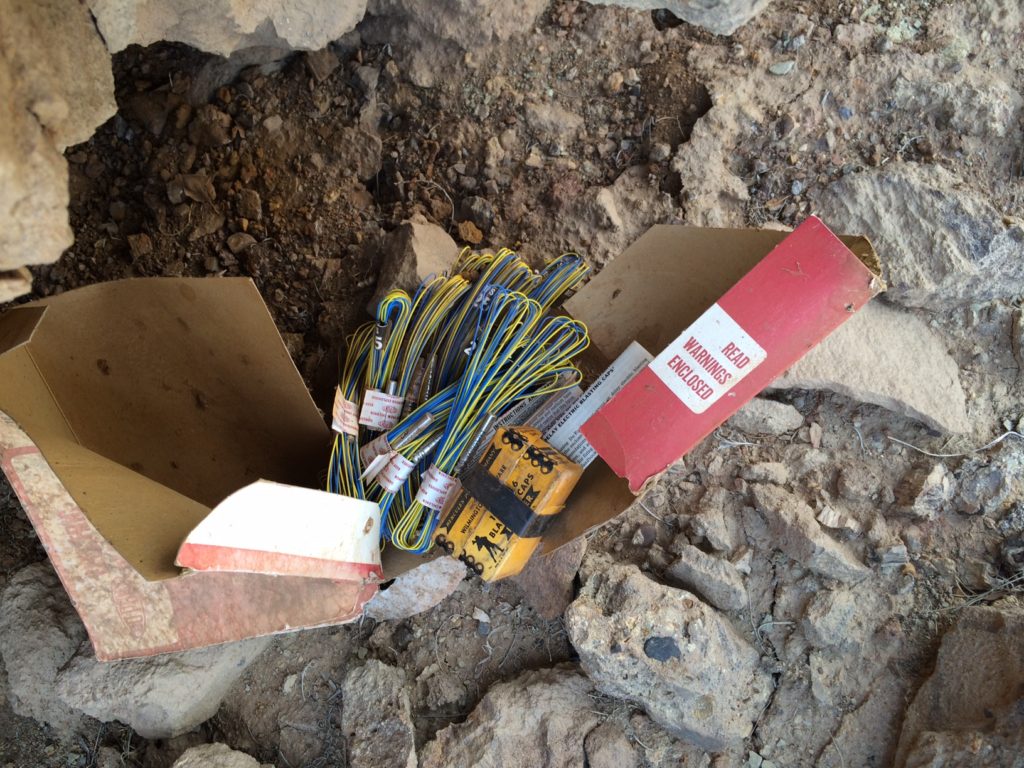 A day later I got a Facebook message from the Moab police department. A friend had showed my pictures to someone in their office, and they inquired if I could help assist them with pin-pointing the explosives so they could be properly removed. I was more than happy to do that, and after a couple messages the sheriff put me in touch with the Monticello BLM office.

The mission went perfectly, I was able to re-find the explosives (I wasn’t sure if I’d be able to) and the officer was good company. We avoided talking about the politics going on with the landscape we traversed, and instead talked about the landscape itself. Sometimes it’s nice to leave politics out of a conversation. We talked about how good the climbing is in Indian Creek, and he told me he was afraid of heights, but agreed that if he ever went climbing he would tie in with me.

The reason I write that sometimes its nice not to discuss politics is because there doesn’t seem to be much civil banter going on in this country these days. Had this officer and I discussed politics we would have discovered that we either agreed or disagreed, and then I may have judged him based on what he believed. It was nice to have that neutrality. We simply talked like we were both Americans, on the same team. And we are.

I’ve never thought of myself as a Democrat or a Republican. Both are flawed parties, and honestly I wish we had at least one other option, hell, why not five other options? As a writer I’ve always felt it was my duty to be a contrarian, to question both sides. Or may I paraphrase Chris Rock in saying, “You’re an idiot if you’re automatically a liberal or a conservative on every issue without examining the issue.”

Obama designed the Bears Ears National Monument in the twilight of his presidency, just before leaving office last year. Perhaps the most important thing to note about this monument was that it had been designed with the Bears Ears Tribal Council, a coalition of five Native American tribes, and these tribes would also be involved in the management of the land. Outdoor recreation advocates had also managed to get rock climbing written into the proclamation, the first time that had ever been done for a national monument.

Those who are against Bears Ears National Monument claim that it is a federal land grab that was not done with the approval of the local residents that live around the land. Drive through Monticello and signs of “No Monument” grace most of the businesses along Main St. Some believe that the monument status is just a way for outdoor companies to sell more equipment.

Trump announced the shrinkage of Bears Ears earlier this month in Salt Lake City. Days before his visit thousands marched on the steps of the Capitol in support of Bears Ears, while a couple hundred attended a “thank you” rally for Trump in Monticello. Earlier this year Utah lost the bi-annual Outdoor Retailer trade show and the millions of dollars that came with it, because state officials were urging Trump to shrink Bears Ears. Money talks and the Outdoor Retailer (OR) show moved to Denver; a loss for Utah, and a win that Colorado really didn’t need, if I do say so myself.

When Trump spoke in Salt Lake his speech showed his cards, and what this was really about. His narrative read something like this, “These people in Utah have been doing what they want in their backyard and now Washington is going to come in and tell you that you can’t do that anymore…well I’m going to change that.”

Ah, the contradictions there. This was a national monument that was led to its creation by an Inter-tribal coalition of Native Americans and now our openly racist white supremacist president is taking the protections away.

But isn’t it obvious right now that ‘Make America Great Again’ was about the things that never made America great in the first place? 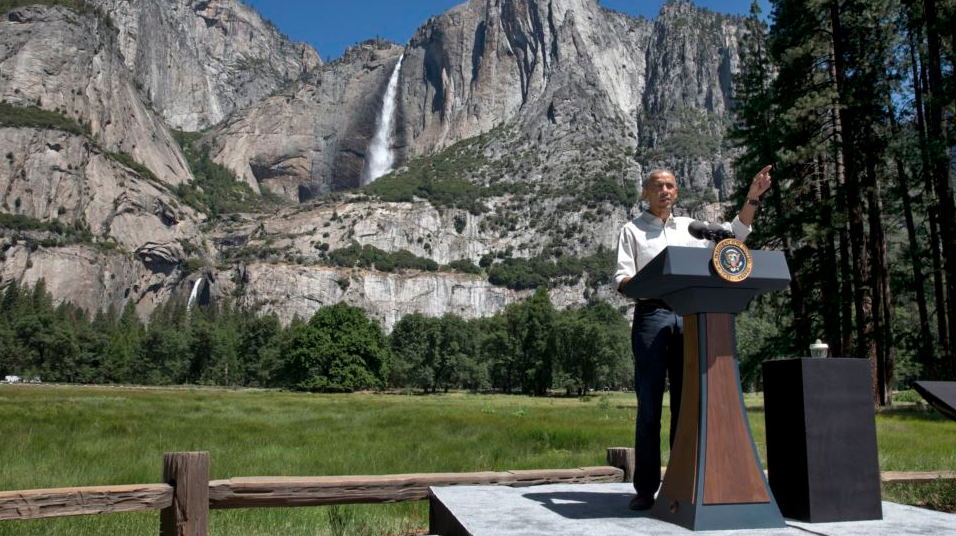 Though I am a contrarian, and I view all politicians with suspect, I firmly believe that Obama was making a sound decision to create Bears Ears National Monument. Trump is wrong about whose backyard it really is. If it truly is anyone’s backyard it is the Native Americans.

Of course there are too many wrongs that have occurred in the creation of our nation. Our future can only be a respectable one if we change course. The status of Bears Ears National Monument will end up in the court system. The Bears Ears Inter-Tribal Coalition has filed a lawsuit, as have outdoor companies and organizations.

In the meantime those of us who are broken hearted by this decision are looking for what we can do. I know I am. The general public overwhelmingly supports Bears Ears; those who are against it are surely in the minority.

In addition to the lawsuits there are some solid grassroots efforts we can all support. One such project is the Bears Ears Education Center, which will be located in Bluff, Utah. 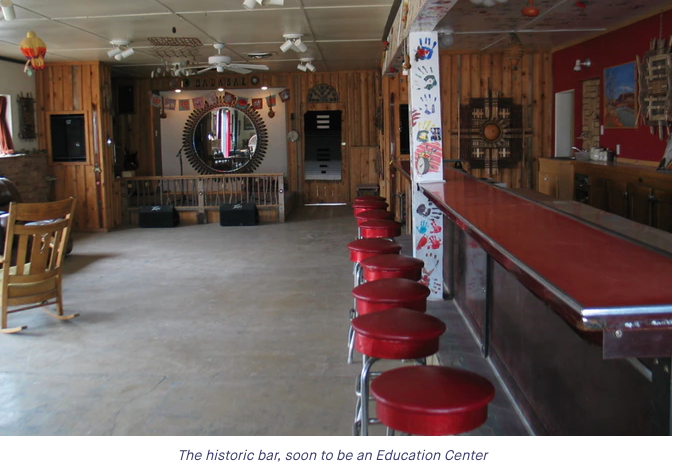 Since the government is not properly following through on monument, Friends of Cedar Mesa has launched an ambitious campaign and Kickstarter project (running through Dec. 31st) to create their own center to guide visitors on where they should go, on how to properly interact with the landscape.

Josh Ewing, the Executive Director of Friends of Cedar Mesa described the creation of this facility as a ‘we the people’ type moment. “What is needed is some strategy and direction, a center will educate and send people to the right place”. He also noted that Bluff is a “proud gateway to Bears Ears National Monument”.

Well, I’m running out of space, and God knows there’s still much more to be discussed about Bears Ears. Even more important is action, so I’m going to make my way over to the Bears Ears Education Center Kickstarter page to make a small donation, and find additional ways to get involved in the good fight.

Luke Mehall is the publisher of The Climbing Zine, and author of four books including American Climber. This piece was originally published in the Durango Telegraph.