The Burnout by Luke Mehall 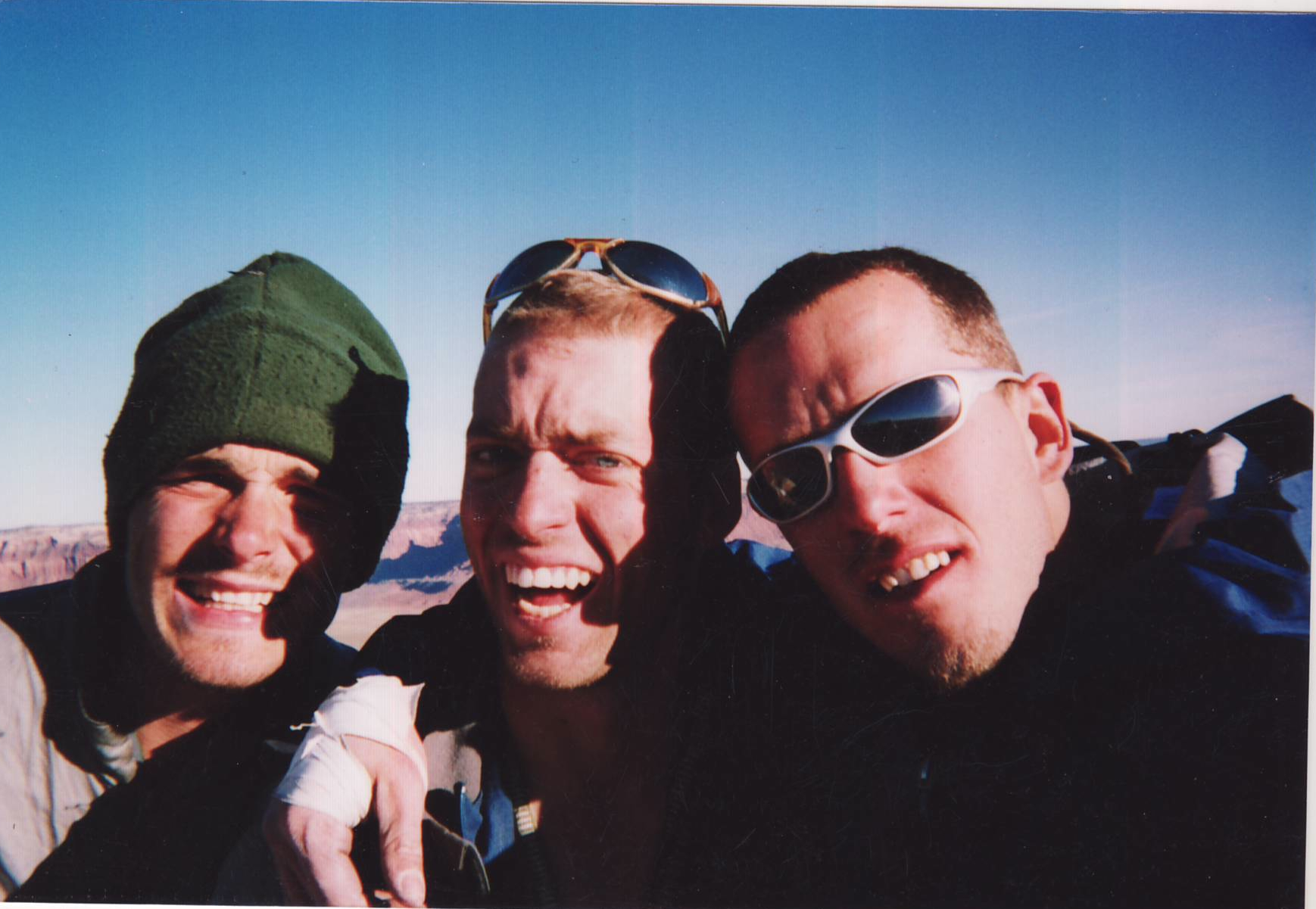 It was many, many years before I realized that this environment in The Desert was the ultimate. I just didn’t see it. The climbing was too hard, too painful, too demanding. Perhaps I just had to get through the fire, the burnout, before I fell in love.

I remember a beer run to Moab early on. I figured I’d get some more cigarettes; I was getting low. I was running on empty for some time in that late 1990s era, and the pack of ciggies I smoked every day was the constant metaphor and reminder that my life would never be shit. I’d taken off from home in the Midwest in the most dramatic of fashions, suicidal and thinking that life was about to be over. If only I’d known then that that was only the beginning.

by Luke Mehall (This piece is an excerpt from his fourth book, Graduating From College Me, A Dirtbag Climber Grows Up)

Well, the beer run was the longest of my life, a full two hours there and back. I remember the twists and turns at that one hairpin curve, and how after that point, it was a different world—no longer just cows, deer, sagebrush, and juniper trees. There were crimson walls of glory with the most unforgiving crack climbs you’ve ever seen.

I recall camping at the lower Bridger Jack campsites, sites that are now closed off. I recall the older climbers talking of bigger objectives, and mostly, I recall a statement that one of them made about forgetting what month it was. There was a kind of brilliant, beautiful absentmindedness to this lifestyle. I remember how they would use their old juice bottles as their water bottles. I remember when the trip was coming to an end, all they would talk about was when they would return. They all lived up in Laramie, Wyoming, and it seemed crazy that they would drive two states away just to climb some cracks. But I didn’t know then what I know now.

Five years and a bachelor’s degree later, I was starting to get it. In fact, it was all I got. So, I was on the road and living in my brand-new tent in that same Bridger Jack campground where I’d seen the preview of my life unfold, even if I didn’t realize it at the time, which of course we rarely do.

I was off the cigarettes and off those delusional thoughts of suicide and turmoil. I was tuning in to the belief that life had something to really offer, but I’d still hadn’t found the balance yet. I was climbing with random people when my buddies weren’t around, but most of the time, I did have friends around. The climbing life isn’t much without good friends. The random encounters can lead to lifelong friendships, but they can also expose the risk, danger, and vulnerability that is climbing, and ultimately, the lack of control we have in putting our lives in someone else’s hands.

So it was my friends, Dave and Tim, that laughed their asses off when we came back to camp one day to find that my tent had been destroyed, some of my carrots in the cooler had been eaten, and several beers were crushed and drank.

My heart sank when I saw the sight. My brand-new tent, trampled and crushed to oblivion and the contents of the cooler spilled out into what appeared to me was an act of vandalism. I looked around to find the culprit. Then, I looked to the ground and saw hoof prints. Horses. It was horses.

Dave had an extra tent that he’d scored as booty on Denali the previous year. It was known as the Shit Tent. A client had had some unfortunate bowel occurrences in the tent and left it behind. Dave, being a proper dirtbag, rescued the tent, cleaned it out, and had it as a backup for a situation like this.

Living in the Shit Tent. No wonder I wasn’t getting any action during this era. Can you imagine? “Well, would you like to come back to my Shit Tent?” Doesn’t exactly flow off the tongue, does it?

The desert can build your spirit up and knock it down. And then, when you’re down, it might kick you, as the horses kicked over my cooler and drank my beer. At least there was still beer. And there were still friends. And campfires and stars. The lonely life of a climber living in nature still always has its companions, even if it’s just rocks, on the ground and in the sky. This whole planet is just a rock anyways, right? Is it an illusion that we aren’t always alone?

In the morning, you’re supposed to be excited to climb these cracks again, right? Like that’s what you’re living for, right? That’s what living the dream is? That’s what you dreamed about in Outdoor Recreation class when you stared at the teacher and four walls, just waiting to get outside and hit the open road.

Climbing a crack like it’s your job becomes a very hard job. These cracks make you feel pain, and they make you bleed, especially if you refused to use tape, as many of us did in those early, stubborn years. “Tape is cheating…tape is aid.”

An ideal experience of climbing a crack in the Creek means you gave everything you had, and you were scared and in pain, and when you got to the chains, you’d completed an epic battle; at the top, there would be endorphins flowing through your body, and you’d breathe that fresh desert air, and when you lowered back to the ground, your team would be there to congratulate you on your go, your mojo.

Take the passion out of that equation, and it’s a grim picture. When you don’t have the strength to do what you’ve been doing nonstop for the last month. When that desert sun feels like it’s beating down on your soul and you’re past the point of recovery and you only need a rest day or two, you are burnout, my friend.

That’s when it’s time to leave. It was hard to accept then because I was never looking beyond the climbing day. What would I do for the summer? I guess I’d go back to that same dishwashing job in Crested Butte and live in a tent again. New tent for sure. I’d get a new tent.

Did I really want to work hard and live in a tent, just to come back to this desert and live in a tent? This is what they called “living the dream,” huh? Was I missing something? Why wasn’t the desert beautiful and inviting again, like when I arrived? When did the desert become so inhospitable? I would have spit at it had I not been cottonmouthed and burned. Once, the rocks were comforting and inviting, and now all I saw were the sharp thorns of cactuses and horses out to get me.

I would describe the sight in my rearview mirror that hot late-spring day when I left, but I doubt I looked. The only thing in the world that I knew was that I wanted out of the desert, out of that Shit Tent, and back into the mountains, where there were flowers and girls and mountain streams that I could bathe in and sage I could smell deeply and all sorts of other nature comforts that the desert was no longer delivering.

Luke Mehall is the publisher of The Climbing Zine. Graduating From College Me, A Dirtbag Climber Grows Up, was published last fall, and is available in print and on Kindle.