As Long As Life Endures, A Climber Wedding (On The Hulk) a short film 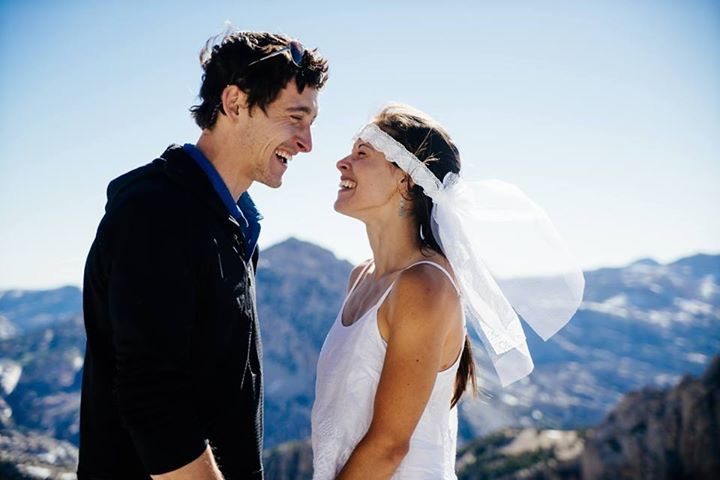 We couldn’t have planned for how perfect this truly went. The weather for that whole week in July was bluebird sky, so we went for it. Cheyne Lempe, Drew Smith, Racquel Esqueda and Brian Kimball all met us in the parking lot for Annett’s Mono Village and marina at 10am. We picked up the trail behind the RV campground and hiked along Robinson Creek for about 2.5 miles, a very flat and wooded trail. We passed a grove of aspens and shortly after found the start to the climber’s trail, which would take us south into Little Slide Canyon. This is when the 3,000’ of elevation gain began – switchbacks and bushwhacking. Cheyne’s role was to document the ordeal and the ceremony. Drew was our officiate and Cheyne’s climbing partner. Racquel and Brian were close friends helping us carry in all our food.

Cheyne had amazing vision for the film. We had expressed the general flow of what we’d want and he took care of the rest. He’d see something or would strike inspiration and tell us to stand there and walk here, or tell me about this and that while I capture this amazing lighting right now, etc. This of course wasn’t his first wedding film, but he had definitely never done anything quite like this. 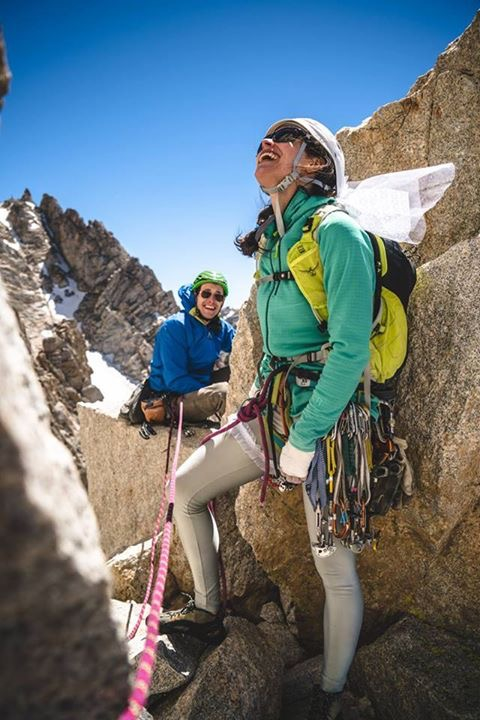 I hired him because I knew he had the talent to create what I was dreaming of, but he was also just a really nice guy I had met through mutual friends. We spent the first day hiking in and setting up camp, the whole time Cheyne was coming up with ways to capture our story. We stood on top of a small outcropping of rock, the evening waning behind us, holding hands or strolling about to Cheyne’s direction. We laughed at ourselves and sometimes felt shy, but the energy of the whole place was sublime. The Incredible Hulk had a mesmerizing presence, the granite so clean and geometric.

I couldn’t believe that we were finally there, after half of a year of planning and preparation. But the reality of those six months was this: you can’t really plan, nor did I want to plan everything to the T. I was half treating it like a normal weekend climbing trip, and half accepting that it would be what it would turn out to be. I knew that the ceremony would happen no matter what, but the goal was to have it at the top. With work and a few injuries, I was a little nervous about how well I had prepared my body, but that was the perfectionist in me trying to dictate my future. I knew I was very capable of climbing the Red Dihedral, a 12-pitch route at 5.10b. So I let the raw, wind-filled air and the beauty of the alpenglow fill my heart with what we had come to feel: love.

The next morning, it was time. But time had no meaning. We were without need, only want: to be there, and forever change ourselves. Drew and Cheyne started up before us, Drew was the rope-gun so Cheyne could film when he needed. Patrick and I free soloed up easy terrain to the start of a 5.8 roof. I tied in, breathing as deeply as I could. I would start us off. No pressure.

But the climb went beautifully. The sun slowly made its away over us, and pitch after linked pitch we performed not only an adventurous dance, but a display of our bond as a couple. The symbolism of adaptation, of union, we felt went hand in hand to the art and experience of trad climbing. And to make things even more interesting, we were doing the route for the first time.

We reached a false summit after 8 pitches and 7 hours, and decided to perform the ceremony there, in a shallow wind block, as we weren’t sure how the wind would be above. We discussed where and how, and I changed into a knee-length dress. Cheyne stood holding the camera out in front of him and Drew began. We all read from a short script I had composed, and when it was over, Cheyne laughed and excitedly exclaimed how he had never been so still in his life. The aura was surreal, frankly. We were at 11,100’ and it felt like the top of the world. If the stars were out, we could have plucked them like ripe mangoes, their fiery skins at first bitter, then sweet.

We did it. We were married. We climbed our 9th and final pitch to the top, then descended into the sunset, amidst our euphoria, lost to the echoes of tumbling scree.