To Live Is To Fly by Luke Mehall 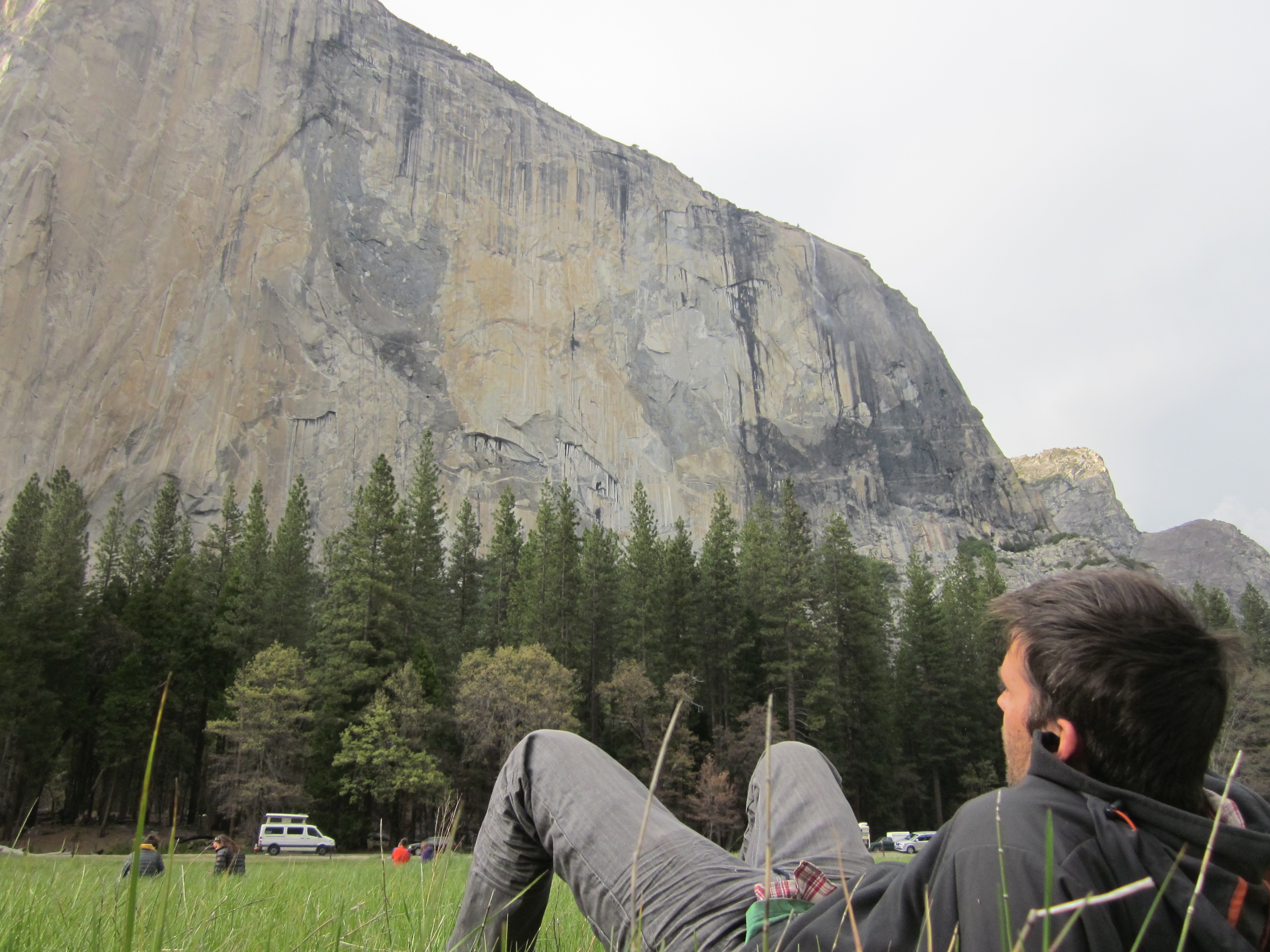 As I start this piece it’s that time of the year when the Animas River here in Durango looks like a chocolate milkshake, and we’re all shedding our clothes, and living closer to the sun (and the rain).

I don’t know about you, but I’m enjoying this weird weather. Sure, it gets in the way of our outdoor endeavors, but we need it, and the land needs it. Plus, to have snow covered mountains this time of the year is really special. Big props to you hardcore skiers who are still getting after it, I hope the redemption feels divine. You deserve it.

Since I last wrote a La Vida the outdoor adventure community lost a major pillar in the form of BASE jumper and climber, Dean Potter. When I started climbing in the late nineties Dean was a climbing god. He would climb without a rope on El Capitan in Yosemite thousands of feet above the ground, and later invented a form of climbing that combined BASE jumping, called Free BASE-ing; and he applied that on the notoriously difficult and dangerous wall, the Eiger in Switzerland. He was a dirtbag rebel, who only had one peer in climbing, Alex Honnold. With Free BASE-ing he didn’t have a peer, he was a lone bird flying through the skies of innovation; living closer to ecstasy, and death, than any of us could possibly imagine.

I felt fortunate to learn of Dean’s passing by word of mouth. I really hate finding out about death through a computer screen, even if it’s not someone I knew personally. I’d spent the afternoon with my ladyfriend, and was getting ready to head over to a barbeque. She was checking her laptop, and told me, “Dean Potter died,” followed by, “BASE jumping.”

The words echoed in my head. It wasn’t a surprise, Dean had been using up his nine lives over and over again, and even if he seemed like a god he was indeed a human. He died with another fellow BASE jumper, Graham Hunt in Yosemite, in quick succession, crashing into a wall below a notch they’d hoped to clear.

I put my head down and let the death sink in. Then I smoked one for Dean.

BASE jumping makes other risky sports look like golf; the risk is so high that I don’t think anyone can be truly surprised when a BASE jumper dies. That does, however, do nothing to lessen the sadness of their loved ones. I felt sad to see how quick some people were to judge their risk taking in various online forums and editorial columns. I followed Dean’s pursuits for years, and he made it clear that his dreams were to fly. He wrote about his dreams and nightmares, and felt a deep calling to fly. And so he did. And he flew until he couldn’t anymore. And, maybe he’s reincarnated into a flying creature now; above us with only a distant memory of his past life. I’m not a religious man, but such energy does not seem like it would die.

I met Dean a couple times, but was unable to ever get past the “fan-boy” stage in conversation. That was a shame because Dean was always full present, and didn’t seem to think he was better than me. The best memory I have of Dean though is a time when we were both climbing on the walls of Yosemite.

My friend Dave and I were slow at work on the Washington Column, a beginner big wall, that many climbers use as their first long Yosemite wall climb. It was mid-November and we toiled away for a couple days, and came away with sweet victory; even sweeter because a big storm rolled in that night and closed the autumn climbing season for good. The next day we learned that Dean and his friend Sean Leary had climbed The Nose on El Capitan in just over two and a half hours. In the time that we climbed one hundred feet they raced up nearly three thousand feet on El Cap.

Sadly, Leary died BASE jumping last year, and Potter had to go search and find his body. I still feel deeply inspired by their athletic feats, and sad for their friends and family that they are no longer with us as humans.

To judge their risks, as many have done, seems to be a cheap shot to the lives they led, and the loved ones they left behind. Their deaths are a reminder that this thing we call life is a miracle, an unexplained phenomenon of living and breathing that is so incredibly fantastic at times we should stop to consider the vastness of it. That we should pour all our energies into loving each other, because when we’re done that’s really all any of us are going to be remembered for.

Lately, I’ve been blessed and encouraged to follow my own dreams, and I’ve been planning lots of trips that God willing I’ll be able to write about and pay for my travels with. Last month my friend Shaun and I decided we would travel to Yosemite together, again. We’ve had many failures there on El Capitan and other walls and we want to go back for redemption. We agreed that we should try The Nose, often called “The best rock climb in the world”.

The next day I got a text from my friend Eric about a death of a young climber on The Nose. I soon learned that it was Tyler Gordon, a Durango local, who recently graduated from the University of Colorado in Boulder. He was high on The Nose, when he fell two hundred feet to his death, after he’d failed to clip in properly. I didn’t know Tyler, but I can guess some of you reading this are still mourning him. What else can I write than my thoughts and prayers are with you.

Despite the inherent risk of climbing Shaun and I will still travel to Yosemite in September to touch the magical stone that is El Cap. In the face of death of close ones and heroes I used to ponder if the risks we take in our outdoor pursuits were worth it. I’ve answered that question with a resounding yes, many times over. I have other questions to God that I suppose will only be answered when I reach my own death. Until then, those that have passed will know, and I’ll try to move delicately and carefully, with those who have passed living right next to where my heart beats.

This piece was originally published in this week’s Durango Telegraph.