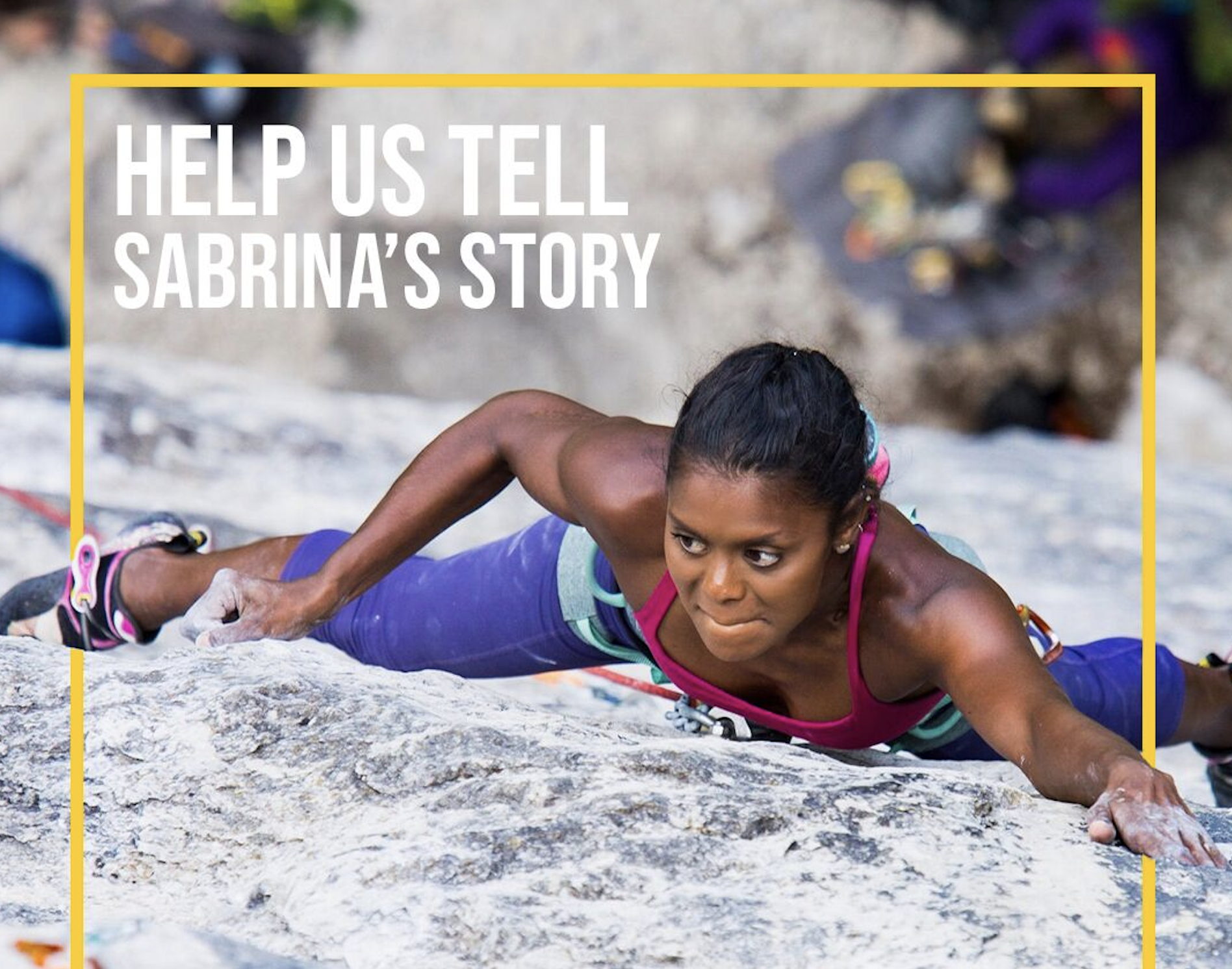 One of the greatest joys I have as a publisher is discovering an amazing climbing project, and then being able to share that with our audience.

This one is from our friends at Melanin Base Camp is a film called Titan Project about Canadian climber Sabrina Chapman, and her quest to send a 5.14.

Here’s some more beta, and be sure to check out the video preview. Cheers!-LM

Melanin Base Camp is partnering with Beast Fingers Climbing on a new Kickstarter campaign. Their goal is to raise $24,051 in 30 days in order to produce a short film about Sabrina Chapman, an advanced black Canadian rock climber on a mission to complete her first 5.14a.

Not only is she one of a small handful of black women climbers worldwide who are attempting elite grades, Sabrina didn’t even start climbing until she was 26-years-old. She was the first woman to complete a 5.13d in Ontario, the first woman to be featured on the cover of a climbing guide in Canada and the first black woman ever to make the cover of a climbing guide. Her story is inspirational for women and marginalized people who don’t see themselves represented in the outdoors, but who are determined to find their place in it.

To help tell Sabrina’s story, Melanin Base Camp and Beast Fingers Climbing are relying on generous contributions from people like you! To learn more, visit melaninbasecamp.com/donate, or go directly to Kickstarter. Thanks!