The Light and Dark Sides of Free Soloing by Alexa Flower 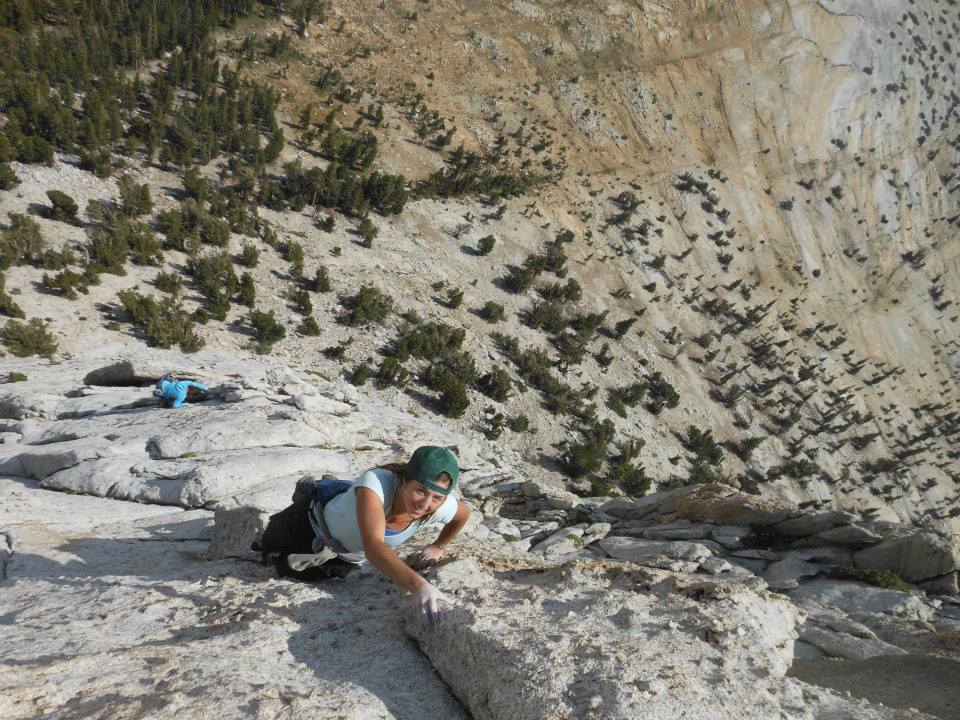 I’ve heard some describe Yosemite as a vortex, and so is the culture that comes with it. I am sucked into soloing like a teen trying their first sip of alcohol.

By Alexa Flower, Senior Contributor. This piece is an excerpt from Volume 7, Crag Dogs, Hyenas, and Free Solos.

One afternoon in the valley, Jon, Mike, and I are relaxing at the picnic table at Camp 4 along with some other friends.  We are feeling the aftermath from last night’s shenanigans and the motivation to go climb is slowly escaping us. Jon suddenly perks up.  He looks at Mike and I inquisitively, revealing his idea.  Jon, my trusted friend and climbing mentor, says with no doubt I can do it. 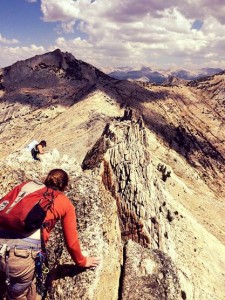 We’ll take a rope just in case.  You’ll be psyched! And he’s right.  The route is easy, he says, I’ll show you the way.  You’ll cruise this!  And he’s right.  Two hours later we stand atop Royal Arches in Yosemite howling at the world beneath our feet.  I savor my first taste of this new kind of freedom and ecstasy.  I rely on myself alone, mentally and physically, and I am enough.  I am seduced.  We have yet to see the darkest depths.

Like my favorite beer, I keep coming back for more.  I like the taste.  A fear that once paralyzed me is now under my control.  I stare death in the face and yet have never felt so focused and at peace.

A few times, however, I’ve found myself biting off more than I can chew.  Continuing up the finger crack, it soon disappears into a blank face before me.  A black crow cries overhead and my stomach is stricken by the intensity of the moment.  My instinct is to panic, but my brain knows better.  I try to breathe and calmly search for the hold I haven’t realized is there, all through the inner turmoil.  An alarming thought pulses through my veins- a fear that I may not make it out of this one.  I continue on and the holds reappear.  Better holds than before.  The air in my lungs respires and I exhale. Once again, I am proven wrong in the best sense possible.  I feel safe and in control.  The morbid thoughts continue to linger, but they are distant now.  As I complete the climb, I am shaken, yet stronger, and quickly put it behind me.

In a way, soloing gives you a sense of invincibility.  Indomitability. Being capable of focusing, despite the heaviness of possible, extreme consequence is self-empowering, and brings a meditative-like state.  It presents a new challenge with bigger stakes.  A gamble wagering your self-control, your mental and physical strength- your ability to find peace within, amid extreme pressure.

My good friend Alix’s birthday approaches and she wants to do a group solo.  The six of us head out with high spirits to traverse Mathes Crest and summit Cathedral Peak.  It remains one of my most memorable days living in Tuolumne Meadows.  We complete the link-up blissfully, and later head to Lembert Dome for a final solo beneath the high Sierra sunset.  The sun paints strokes of fiery orange, brilliant red and yellow amidst the blue sky before kneeling out of sight.  The camaraderie and utter joy is unshakable. We share endless moments of happiness that come with living.  In a unique way, we are the same, and we understand one another. 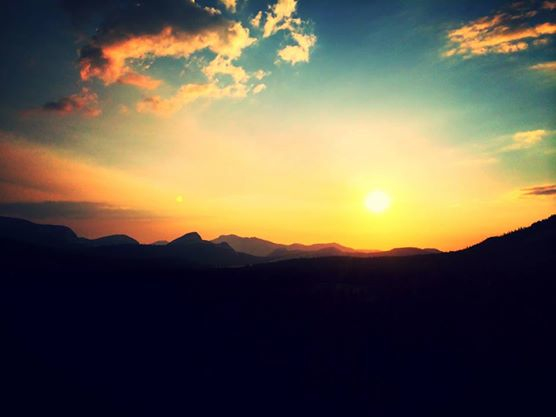 A week passes and tragedy strikes on Mathes Crest.  Someone who I do not know personally has paid the cost that I know nothing about.  Someone who has years more experience and skill than I.  I can’t help but feel pained for his loved ones as if they are my own.  As I head out the next week for another solo, my mind wanders uneasily.  I wonder how much is knowledge and true acceptance, and how much is ignorance.

Beginning my solo on a climb I know too well, my mind doesn’t journey to that peaceful, meditative state.  I am not focused on the imminent moment, but instead picture my beautiful mother.  My sister and my father.  I picture the man whom I have not told I love yet.  I think about what I would take from them if a hold did break, or if my foot did slip.  I had always thought soloing to be a very personal experience, but now feel inconsiderate and tentative holding that belief.

I mention my thoughts lightly to a few friends.  They express that when soloing, they go out accepting the possible consequence of death.  For myself, I cannot say I agree.  I solo knowing it is a safe bet with high stakes.  I don’t want to die, and I go knowing I won’t fall.  I wonder if that man on Mathes Crest ventured out with the same mindset as me.  In Mark Twight’s novel, Kiss or Kill, he writes, “we are willing to play for more than we can afford to lose”. I understand more and more.

I have always been one to push my limits in all aspects of life.  I know that humans are capable of so much more than they allow themselves to be.  I know that we can let fear reign over us, if we allow it to.  I fight that as if it will be the death of me.  I know that fear of life takes away from living.  But to what extreme is this enduring truth?

Is it selfish of me to solo?

If I choose not to, am I succumbing to that fear of failure and letting it control my decision?  Am I choosing to not live life as fully, and contradicting what I have always lived by? Or am I weighing the decisions and understanding that this is not just about me…

Today, I am torn.

Alexa Flower is a Senior Contributor to The Climbing Zine.

Pain and Perseverance: Linking Sixteen Towers in a Day by Matt Pickren
September 17, 2020