The Art of Roping up with a Rando by Dakota Walz 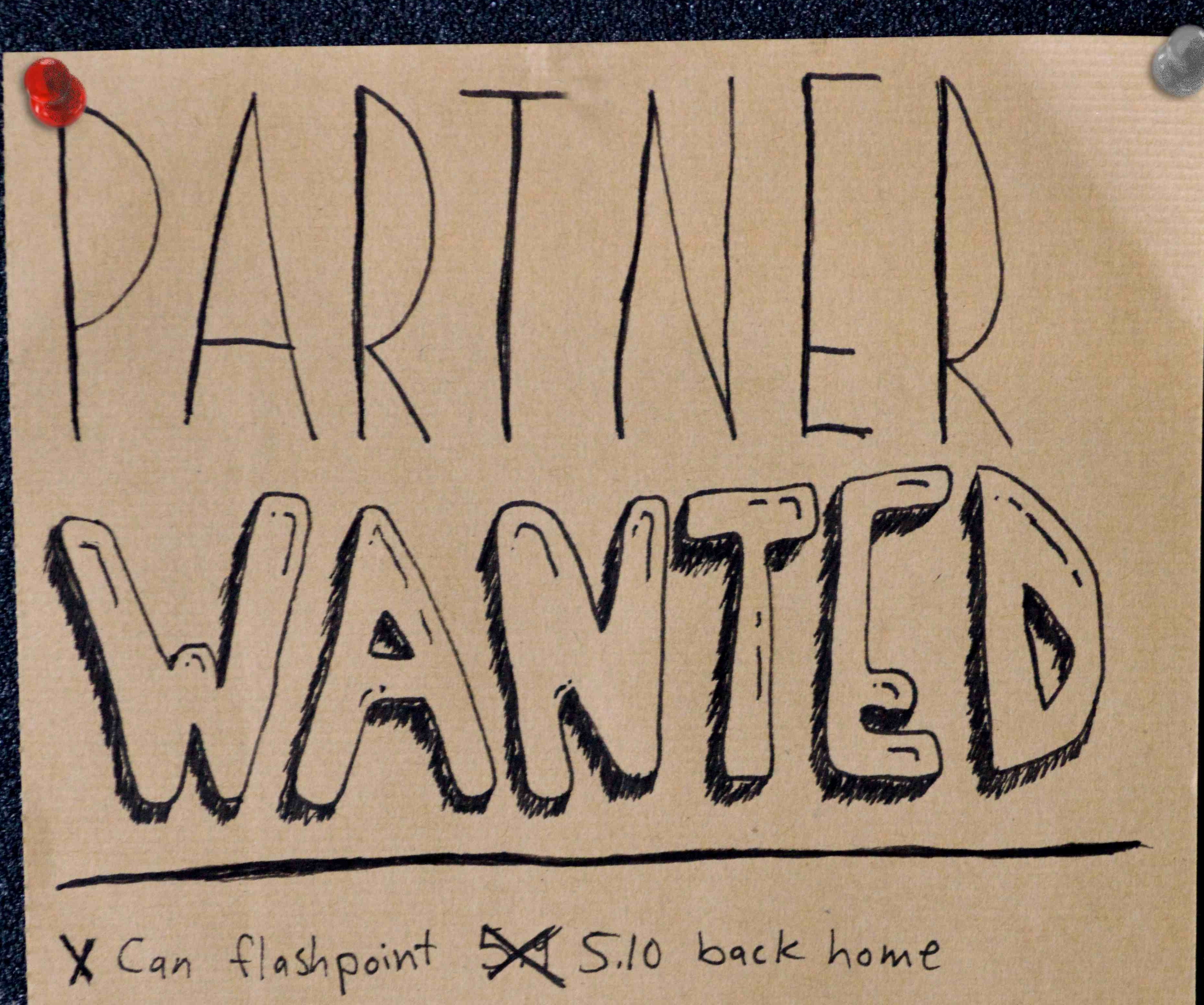 I have been alone on the road bouncing from park to park for 2 months. My car is a wreck. I rarely don’t smell like feet. But I climb every single day. And it is freak’n awesome! Traveling solo has presented the unique challenge of needing to find new partners at each destination I ramble across. Fortunately I have had the irreplaceable pleasure of getting to climb with wonderfully fun new found friends. Aaand… the dismay of spending entire days roped up with folks I can only barely stand, or seem like they may be TRYING to get us killed. 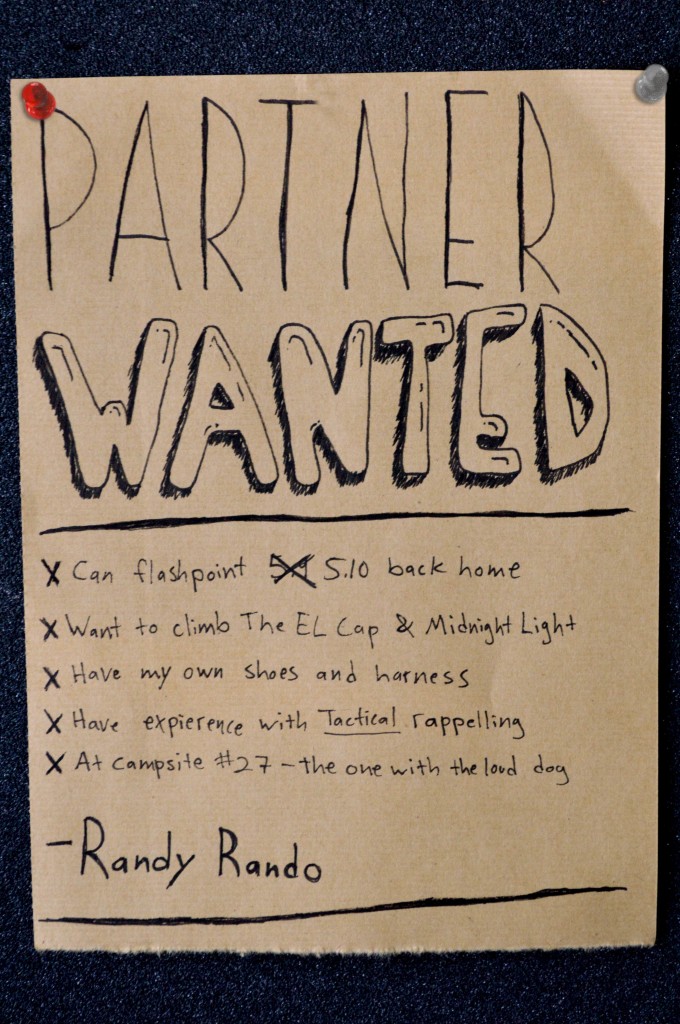 Epic: /’ep·ik/ noun- An outing that extends far beyond its intended boundaries of length, danger, and fun. Often followed by a rescue.

Rando: /’ran ·doe/ noun- A random climbing partner. Usually not one’s first choice of person to rope up with.

Finding a stranger to share a rope with can be a tricky and delicate task. Imagine you are going on a first date with someone you just met online. But only now, your date will be responsible for your life AND your opportunity to send. All day. (Unless ya bail) This can be a difficult concept to get behind. But never being one to waste a good day for climbing, I have come up with a few “tests” to determine if my potential suitor will be right for me. As the Rando and I do the awkward dance of meeting and picking out routes, I am silently sizing them up against my 6 Steps to NOT Epic-ing with a Rando:

(Author’s note: Salt ain’t just for French fries. Try adding some to this article. Obviously I am biased and we all look for something different in our in soul mates climbing partners) 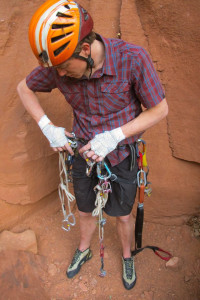 Usually by this point you should be able to decide if you’re either stoked to climb together ooor maybe better off just taking a rest day. Assuming they have passed all or most of these tests it is always still a good idea to be double checking one another. As the vertical date commences you will very quickly learn whether or not you are a good match. Try your best to be a good partner. Remember, etiquette requires that you offer them at least a few hits of your summit beer/doobie and that if you’re tying the knots you’ll be rapping first.

Assuming you both survived your first date, the question of a second will assuredly come up before you make it back to camp. Best case scenario; everything went well and you have a great partner for as long as you’ll both be around. Worst case scenario; well, this can be a difficult dance in itself. How do you tell someone you’re just not that into climbing with them if their tent is just a few yards away from yours? It’s like breaking up with a roommate. Talk about awkward. You could try lying and telling them you’re leaving, but then what? Do you sleep in a cave for a few weeks waiting for them to leave? Or do you slowly make your way up a big wall, spending as many nights on the wall as possible hoping they’ve gone by the time you get back down? 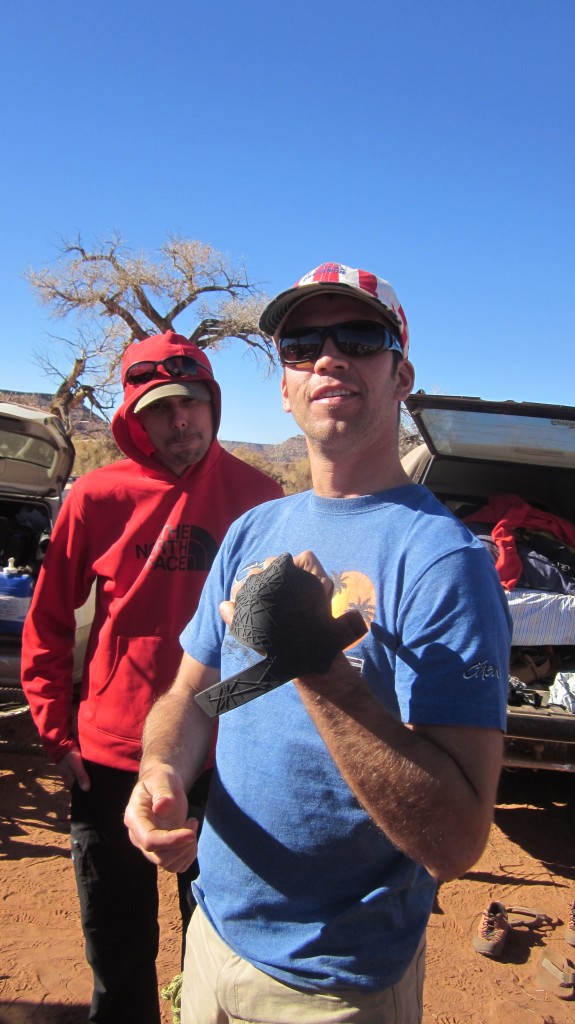 Red Flag: Hand Jammies. Unless the climber is European, then they def. crush, or you are in Patagonia, cause they apparently are great there. Everyone else, beware.

I have tested both of these strategies out and can say with confidence that they definitely work. If, that is, you’re better at living in a cave or on a wall than you are at dealing with difficult social situations. Better still though, instead of spending all that extra time and energy just to avoid someone try telling them you need to take a few rest days to restock on supplies and write some letters etc. Even if the Rando doesn’t get the hint they will still be inclined to find someone else to rope up with in the mean time and if you’re lucky they might not like you as much as they do their new partner.

As a living breathing namesake, Dakota Walz represents the few unlikely big wall climbers to come from the 3rd flattest state in the union, North Dakota. On rest days or while driving across the country he scribbles away in his journal and writes the comedic vertical adventures of beloved mulleted rock stars, Shred All Fear. 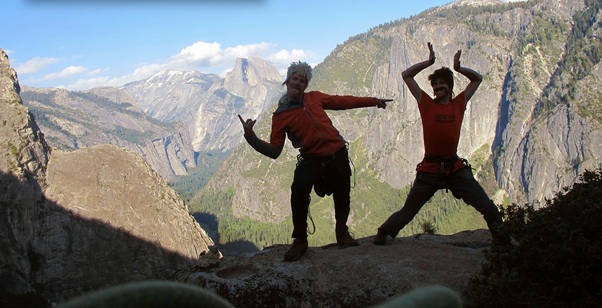 This is the type of stuff going on where Dakota writes at Shred All Fear!