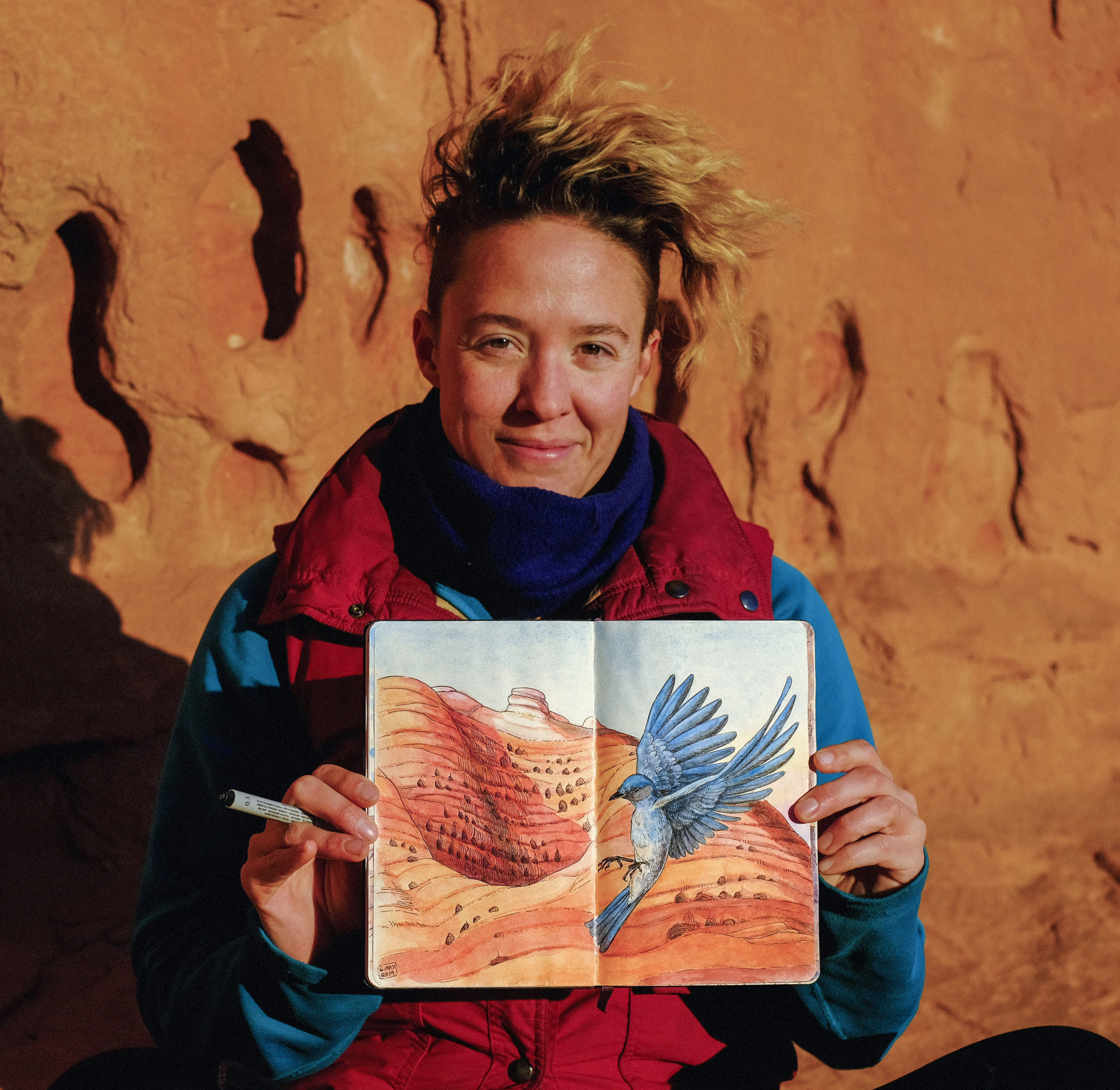 I think I’ve read the words afraid, scared, terrified, anxious, and fear more over the last two weeks than in the last two years. In the contexts of both I am afraid and don’t be afraid. Like all climbers, I’ve spent time putting myself in situations that scared me—on purpose. I’m a very average climber. I’ve had my highs and lows, but nothing to write to Rock and Ice about. What I can say is that over the past fourteen years, I’ve gained an appreciation for the usefulness of fear.

Words by Samantha Zim, from her piece in Volume 18, the new zine, now available to order.

Whether it’s the fear of falling while climbing or the anxiety I felt the first time I left home on a solo climbing trip, fear has made me adapt my behavior, and it has shown me my weaknesses. In climbing, fear has pushed me to become an attentive belayer, made me wear a helmet, and shown me the importance of partnership. It’s guided my choice of routes and my decisions while climbing them. If used correctly in climbing, I feel that fear can be a tool. That’s not to say that it doesn’t get in my way sometimes—it can be hard to put it back in its box once it’s done its job, but I do think it has a use: it has made me a safer climber.

With a novel disease sweeping across the world, the kind of fear we’ve been talking about recently is different than the type of fear I just described, but it’s already teaching us about ourselves. It’s showing us how we need each other, how connected we are. It’s showing us the cracks in both our relationships and the social systems we rely on. It’s encouraging us do the hard work of thinking far beyond our own immediate desires and slowing down for the sake of the vast webs of people we are connected to via the social contracts of humanity. It’s showing us the importance of the people we are afraid for.

Our human community is facing incredible challenges at the moment and will continue to do so for some time. I think avoiding fear is unrealistic right now. However, being afraid of things that are dangerous isn’t just logical, it’s useful.

I hope that instead of running from it or giving in to it, we can collectively find a way to use and learn from fear. I’ll be endeavoring to do the same.

Samantha Zim is a medical and scientific illustrator, watercolorist, sketchbook hoarder, occasional writer, and very average rock climber living and working in Moab, Utah. Zim crash-landed in the desert in 2012 and eventually found her way to watercolor illustration via the chaotic flow and passionate community of canyon country.