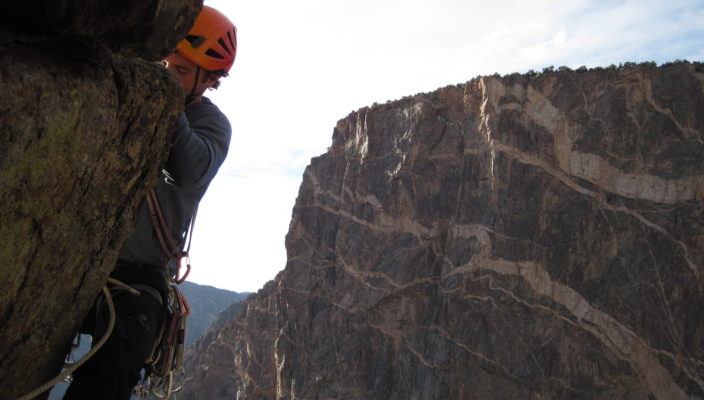 Reflections in The Black by Vic Zeilman

The black-and-white photograph is small and square, half a century old, showing my grandmother posing in front of the dark, mysterious walls of the Black Canyon. As I study the image, I quickly realize that she is witnessing a time period in 1961 when there is not a single documented rock climb of any significance in a fifteen-mile stretch of vertical wilderness. She is looking at the largest cliffs in Colorado, and they are still completely untouched. 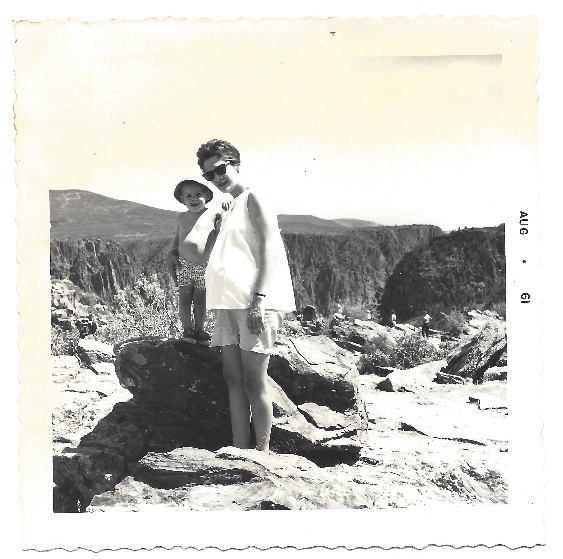 The author’s grandmother, Dotty Zeilman at the South Rim of the Black Canyon in 1961. Photo: Zeilman family collection.

The vintage photo takes me by surprise. It is indeed my grandma, frozen in time, preserved in faded ink. She is twentysomething, very pregnant, standing with (what has to be) my toddler of an uncle and unborn father at one of the overlooks at the Black Canyon of the Gunnison in Western Colorado. This is my home turf. I would recognize it anywhere. I’m sitting cross-legged on the carpet with a half-empty, lukewarm beer, thumbing through boxes of old photo albums. The June heat in rural Ohio is oppressive, and for miles around me in every direction, vast fields of corn and other crops extend to the horizon line, as far as the eye can see. We have traveled from across the country to say good-bye to my grandmother, the matriarch of our family. She is sick, and this time it doesn’t look like she will be getting better. Sadness hangs in the air as thick as the Midwestern humidity. I examine the photograph again. Printed on the right edge is the date AUG – 61. I knew that my grandparents had lived in the Gunnison Valley in 1961, when my grandfather worked for a brief stint as an art professor at Western State College. I remember hearing about his stories of Gunnison back in the day, when they might change the price of gasoline for those with out-of-state plates on their cars. The town epitomized an East Coast perception of the Wild West. There were ranchers, rodeos, and saloon-style buildings on the downtown main street, the same piece of earth that infamous cowboys, outlaws, and lawmen had once passed over. 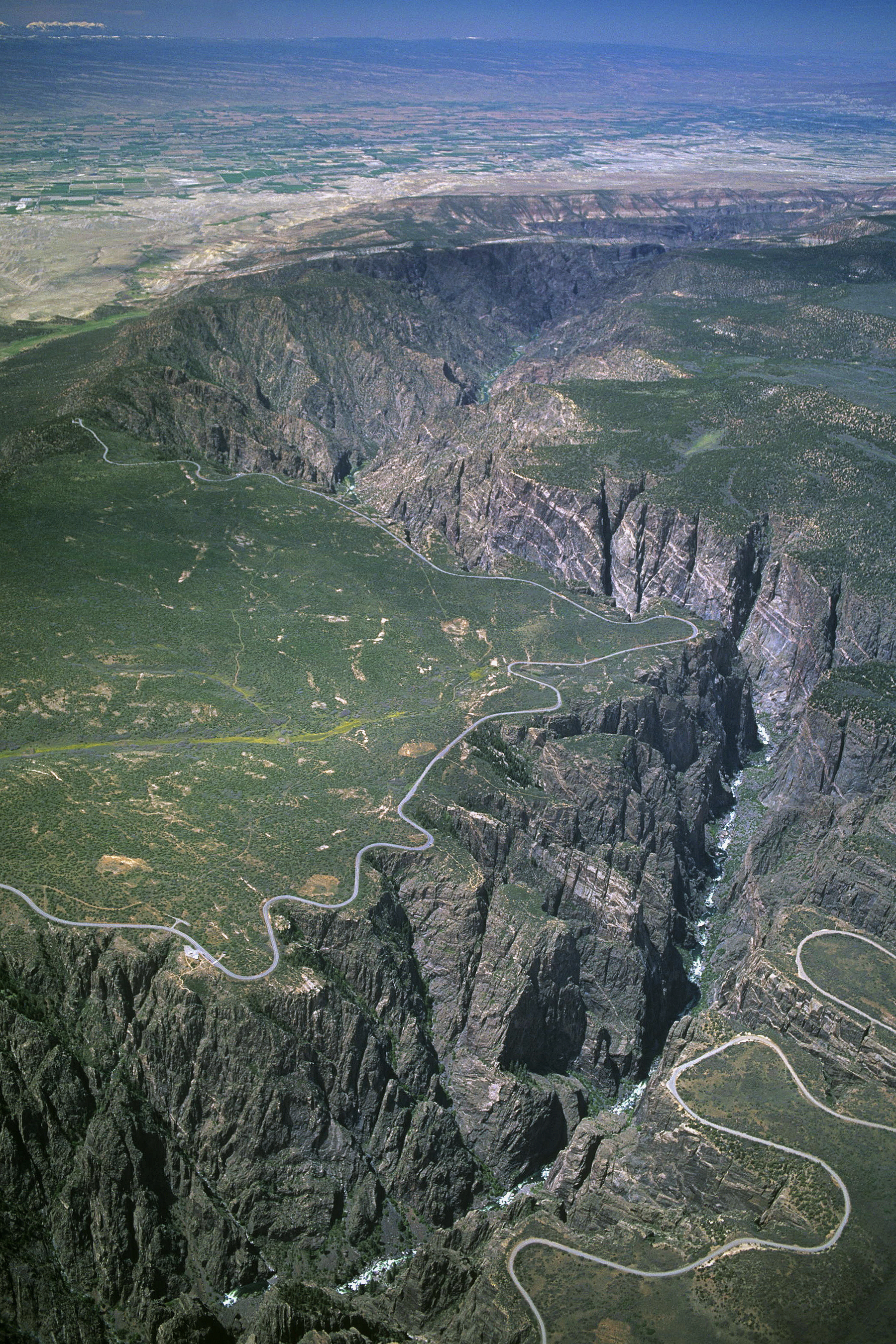 An aerial shot of The Black Canyon. Photo: Vic Zeilman

An ambitious railroad and prosperous mining industry had long ago seen boom and bust, and an eclectic mountain culture of adventurers, dreamers, and artists was taking root. The pristine waters of the Gunnison River had not yet been dammed, creating what is now Blue Mesa Reservoir. There was no ski area in Crested Butte. No one was mountain biking. This was a cold, isolated cow town in the Colorado boonies, and Black Canyon National Monument was on few people’s radar. I think about the past three years, how I have been working diligently on a new climbing guidebook for the Black Canyon, and now this photo seems to strike a chord somewhere deep. It is hard evidence of a family connection to this inspirational place, decades before I would ever lay eyes on it myself, or stand at the bottom of those massive cliffs that would ultimately change the course of my life forever. I lean backward on the carpet, stretching my legs, and sip the dregs of the bottle. I wonder whether I would have discovered the Black Canyon in the same way if my grandparents had never been in Gunnison. Would I have eventually stumbled across this place, which means so much to me now, if some shallow roots had never been planted there decades before I was even born? I have always believed that so many events in life seem to have a strange way of coming full circle. Like portions of our history are written for us before we ever take our first breaths. 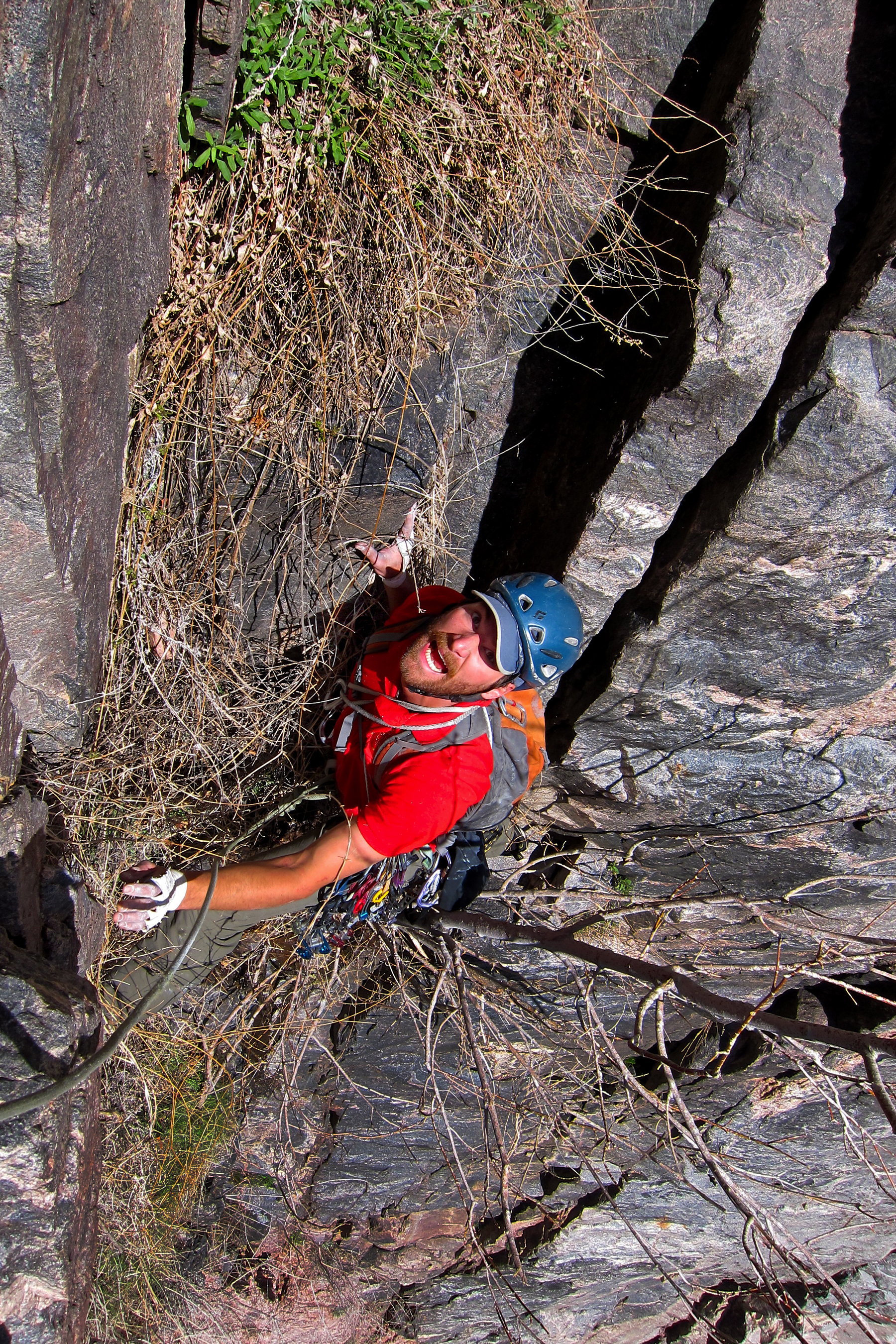 The author of Diagonal Will. Photo: Jonathan Schaffer

“The Black” by Vic Zeilman  (via Kevin Daniels publishing)

Dig the words? Keep the dream alive by subscribing to The Climbing Zine. It’s $24.99 a year for three issues, and $37.99 for two years (six issues) $54.99 for three years (nine issues) and $99.99 for five years (fifteen issues). We run new specials every week with freebies, so be sure to check out our store for the latest beta. About us: The Climbing Zine was started in 2010 by Al Smith III and Luke Mehall. It continues to the day with the mission of representing the true essence of climbing. Our crown jewel is our printed version, but we also do the interweb thing, and Kindle.  We have also published six books: The Desert,  Graduating From College Me, American Climber, The Great American Dirtbags , Climbing Out of Bed, and Squeak Goes Climbing In Yosemite National Park (a climbing children’s book) . Check out our new film, Just A Climber, For Bears Ears

This site uses Akismet to reduce spam. Learn how your comment data is processed.

THE DIRTBAG STATE OF MIND PODCAST

Get The Climbing Zine in print