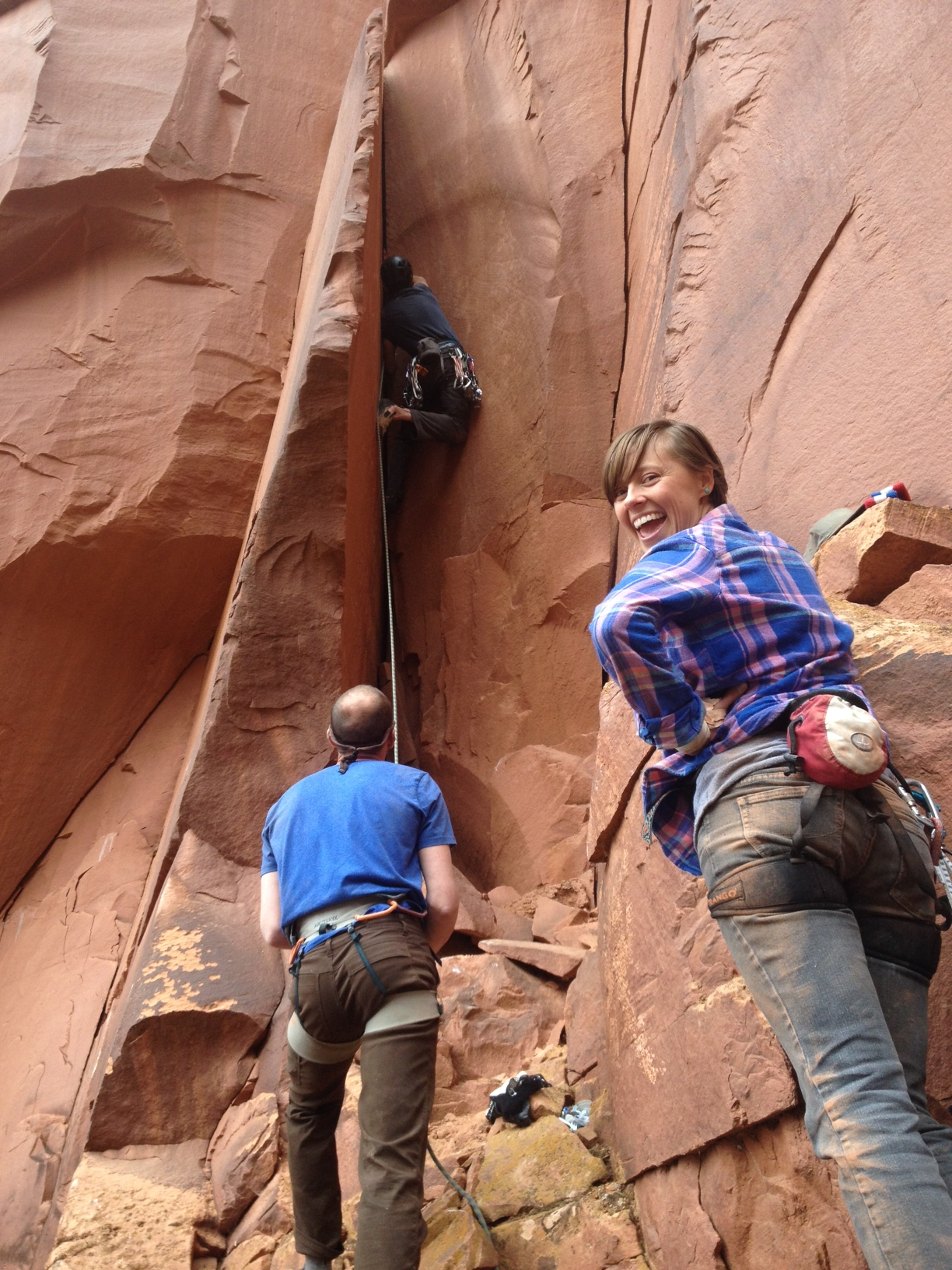 As of last weekend there’s a brand new wall in Indian Creek: The Dove Creek Wall. The best part is it’s in the shade all day, and also can be combined with a day of climbing at the Optimator Wall, which doesn’t go into the shade until the early afternoon. Also: there’s a 5.9 called 99 Cent Tamale, that can be climbed almost entirely using face holds, which would make for a good first lead in The Creek. There’s also a testpiece finger crack, called Superette Crack (5.12+/5.13-) that awaits a second ascent. The beta is up on Mountain Project, and here are some photos from the last two years while the crag was being developed. 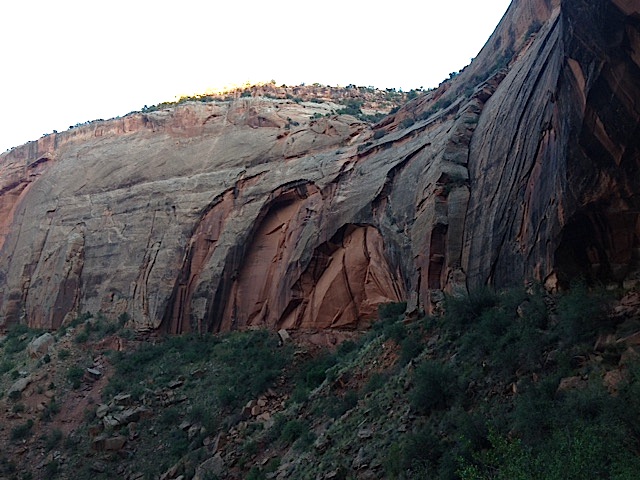 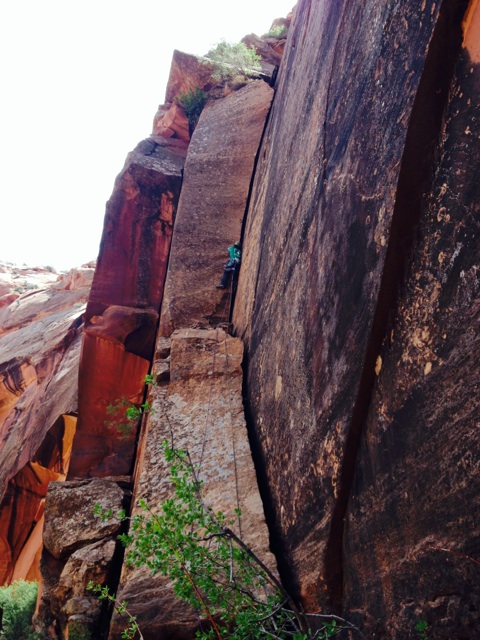 Dave Marcinowski leading the FA of Just Lie It Back (5.10-). 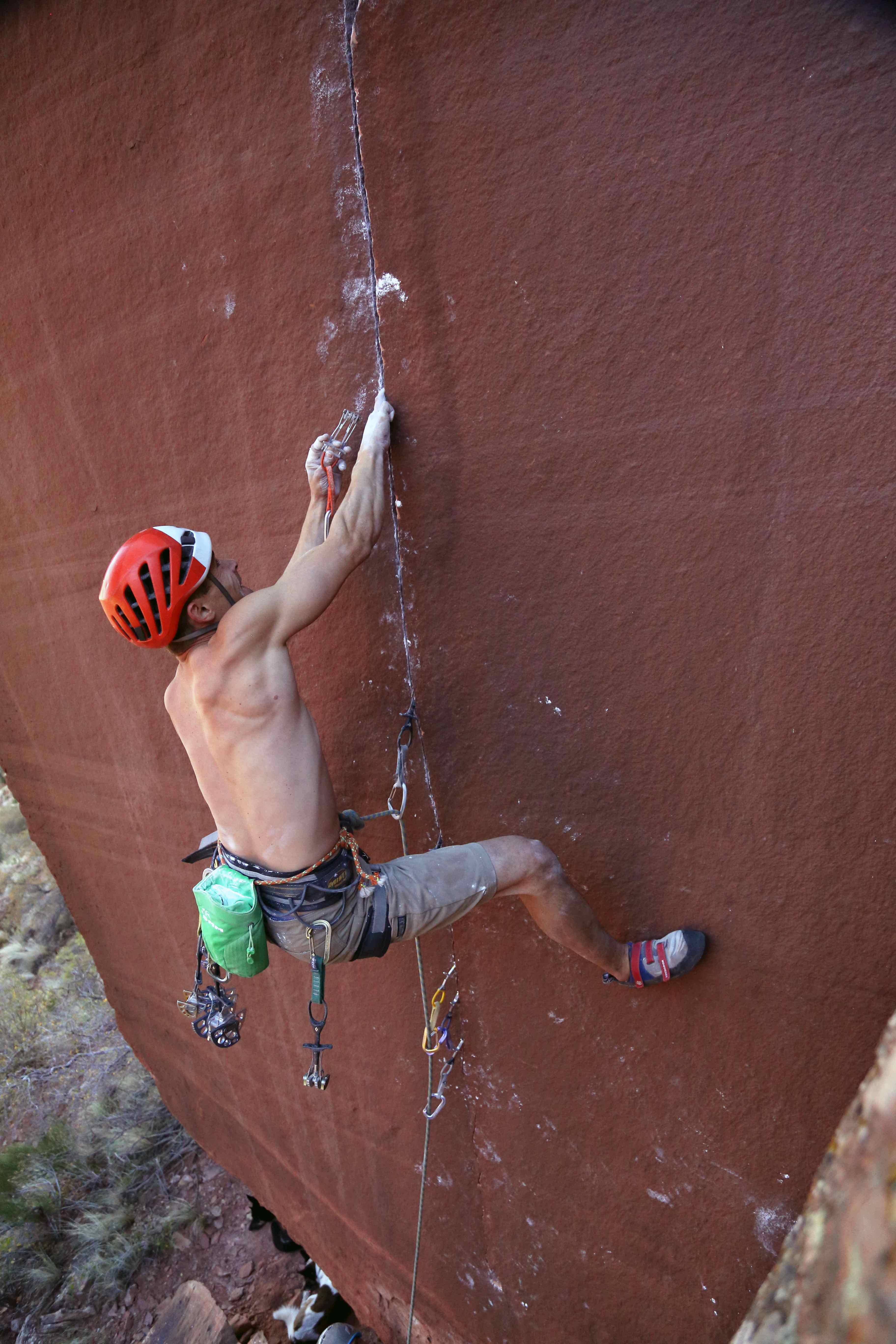 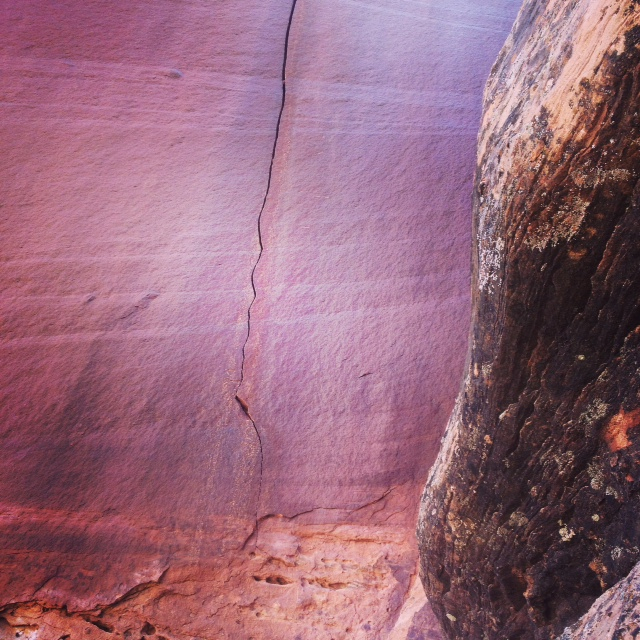 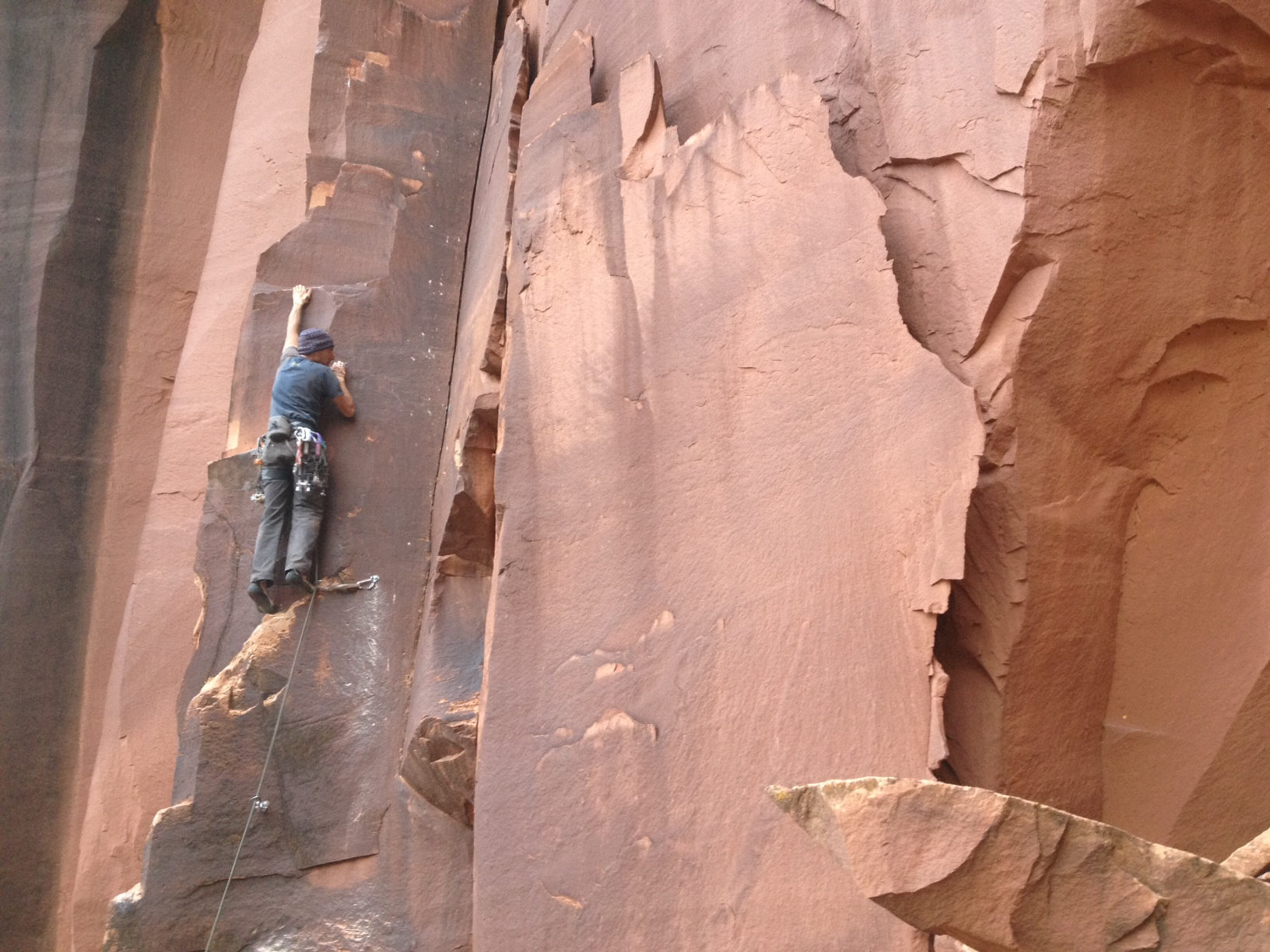