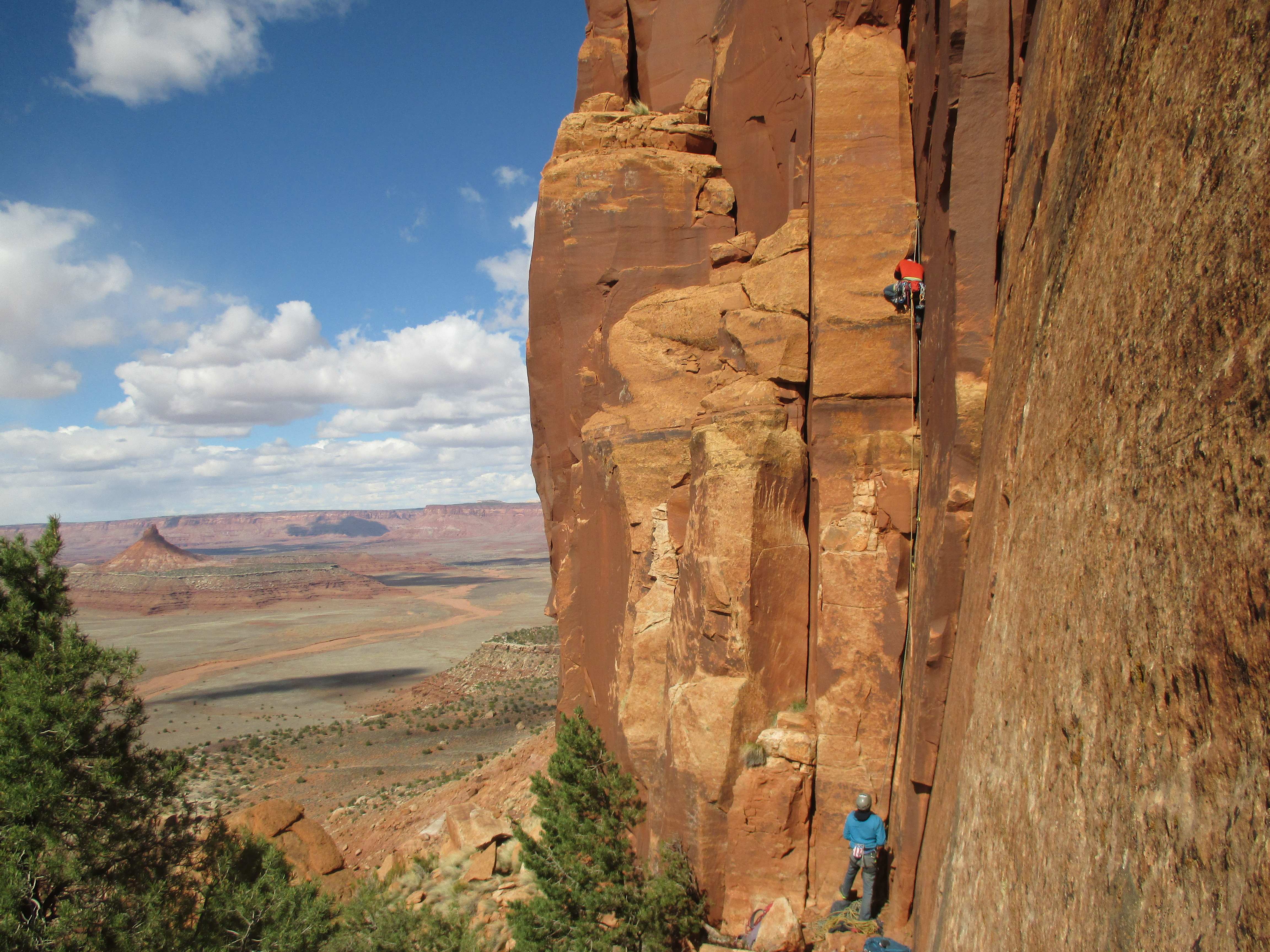 Utah and Colorado. We are neighbors, and many of us go back and forth between our borders so often it’s hard to know which place to call home. Sure, the government makes us all have an address to claim, but that feeling that overtakes you when you arrive at your favorite red rock destination feels a lot like home too, doesn’t it?

by Luke Mehall (Note, this piece was written for the current issue of the Utah Adventure Journal)

I call both places home in my heart: the campsites, washes, and walls of Indian Creek provide a true sense of place and meaning during the spring and fall, and the house I rent in Durango provides a more permanent sense of establishment when the desert is either too hot or too cold. I still hold down a couple steady-paying gigs in Durango during desert season (writing and rolling burritos), so that two-and-a-half-hour drive is like a weekly commute. It’s a lot of driving, but there are worse commutes in the world, don’t you think? 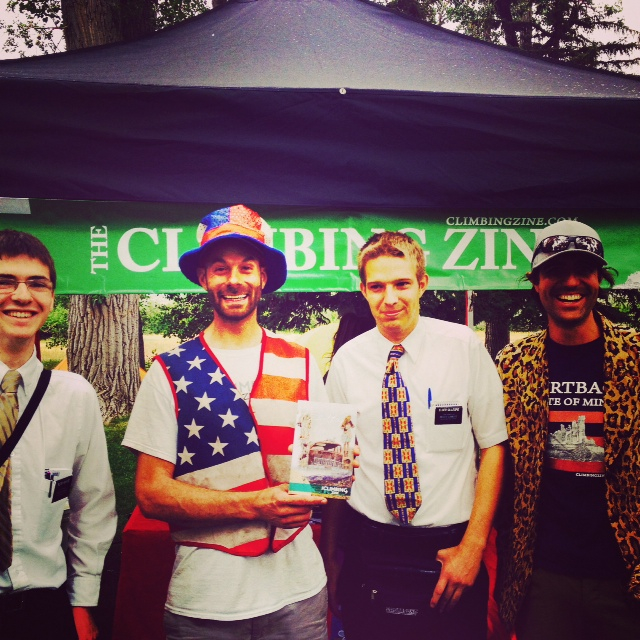 This is what it would look like if Colorado and Utah united!

Growing up in the Midwest, I’d heard of Colorado, of course, but I don’t know how much I really knew about Utah, other than it was that place Jerry Garcia sang about in “Friend of The Devil” where he “spent a night in Utah in a cave up in the hills.”

Come to think of it, some twenty years after I first heard that lyric, and of Utah, it still rings true—it’s a place, once you know that red rock matrix well, you could do such a thing, and no one would ever know you were there.

Once you come down to town, back to that so-called reality, Utah shows a different kind of flavor, one rooted in weirdness, a religiously conservative nature, and harsh laws if you are a hedonist, like many of us Colorado folks are (read: you like to smoke weed and drink beer). You want to buy a beer? Too bad it’s warm. You want to smoke some weed? Well, there’s a $1,000 fine for that here.

That’s something we Colorado folk learn as “part of the deal” in Utah. Be careful. They are looking for you and want your money. And really that’s all you have to do: be careful, don’t give them probable cause, and you’re good to go.

In the last few years since Colorado legalized the devil’s weed and created an empire around the plant, boosting our economy, and keeping people out of the criminal system that should have never been there (you should try it, Utah), the philosophical gap between the two states seems to have widened. This became evident in the most concrete of ways a dirtbag philosopher such as myself happened to notice: a bumper sticker. It read: FREE MOAB, set inside a mock-up of the Colorado flag.

And, while we’re talking about us sinners, can I take a tangent to mention a section of highway that takes one from Durango to Indian Creek used to be called 666 before they renamed it, for a variety of reasons, one of those being that 666 is the “number of the beast.” Oddly enough, 6 is my lucky number, so I’ve never been afraid of the dreaded 666—in fact, I kinda like it.

Anywho, what were we talking about? Weed. Yeah. No, wait Moab, and the people who want to free it, which I imagine some longtime Moab folks felt quite amused by. Who do these Colorado folks think they are? They don’t even live here, and they want to shape the culture. They define our seasons, as in the old joke: How do you know when the seasons are changing? When the license plates start turning green.

Much like Austin seems to be for Texas, Moab is for Utah—a relatively hip place in an overly conservative state. And that’s what the true differences are in Colorado versus Utah, right? A difference in political beliefs. Utah’s history is unique to any other place because it was shaped by the Mormon religion (you know, the LSDs), a group of people who fled persecution all the way from the East Coast to the Wild West, where the founders discovered a place that would let them have forty wives (well, for a little while). You can still see the sad remnants of that lifestyle in places like Colorado City.

So, now we have a movement, albeit a bumper sticker movement—in the interest of full disclosure, my friend made said stickers—to Free Moab from the unjust laws and odd culture of Utah. (Warm beer is un-American, dammit).

At the same time while all of this is going on, you have the Republican Congressman Rob Bishop advocating a bill to turn over federal land to the state of Utah, so that the state can develop this land in a variety of ways. And, all of this got me thinking; maybe Utah and Colorado could work something out with this Free Moab movement. Maybe we could give Utah something in return.

Now don’t get it twisted—I like Boulder. It’s a cool mountain town that was probably cooler before it became defined as a cool town, but it’s still a great place. But, Boulder suffers from a phenomenon I’ll greatly reduce for the sake of brevity: “too many pretentious hippies.” You see, hippies, like the Mormons, are great. They are nice, and although they don’t always smell the best, they usually have good intentions. They have their own unique set of beliefs and want to save the world in their own little way. Hey, at least someone’s trying to save this damned planet! (Let me also add that if I have to decide on a religious belief, I’m going to pick Hippie. If I’m going to be in eternal heaven, I think I want the noodling of Jerry Garcia there.)

So, Utah is too stiff, too rigid, and too conservative. And, Colorado, especially Boulder, well, sometimes we are too loose, too stoned, and on the verge of too liberal. Why don’t we mix it up? Nothing good has ever happened from large groups of hippies. Well, maybe except the Grateful Dead and Dr. Bronner’s soap. Which begs the question, if so many hippies use Dr. Bronner’s, why do they always smell so bad? If a hippie takes a shower in the woods and he still smells, did that shower actually happen?

What I’m getting at is that these two cultures (the Mormons and the hippies/dirtbags) are bound to clash, and maybe if we got together and comingled these cultures, there would be a better balance.

If I can digress, the native people of these lands used the land in a much more natural, effective way, in a similar yet less-destructive and environmentally consumptive way, migrating to the mountains when it got hot in the desert and back to the lower elevations in the winter. They had shit figured out, that’s for sure, ’til the white man and his crazy ideas came along.

Now, as I’m finishing up this article, and doing some research, aka Googling, and wait, Brendan Leonard, that Semi-Rad guy, has already thought this subject through more than I have. (Insert, my fist shaking at the proverbial sky with Brendan’s face in the clouds.) His idea: a megastate, Utahlorado. Just merge it all. No more Free Moab. No more stereotypical Coloradoans. Just one place of awesomeness.

“And think about the license plate options,” Leonard writes. “Peyton Manning throwing a football through Delicate Arch? Or maybe the green mountains of Colorado’s current license plates with “UtahloRADo” on them, celebrating the addition of the word ‘rad’ to Utahans’ new home state? Musicians covering ‘Rocky Mountain High’ would only have to add one syllable to the chorus, which wouldn’t be so awkward. Try it once: ‘Rocky Mountain High, Utah-loradooooo.’”

This piece was originally published in the Utah Adventure Journal. It will also be included in Mehall’s upcoming fourth book, Graduating From College Me, A Dirtbag Climber Grows Up, coming out on October 18th. 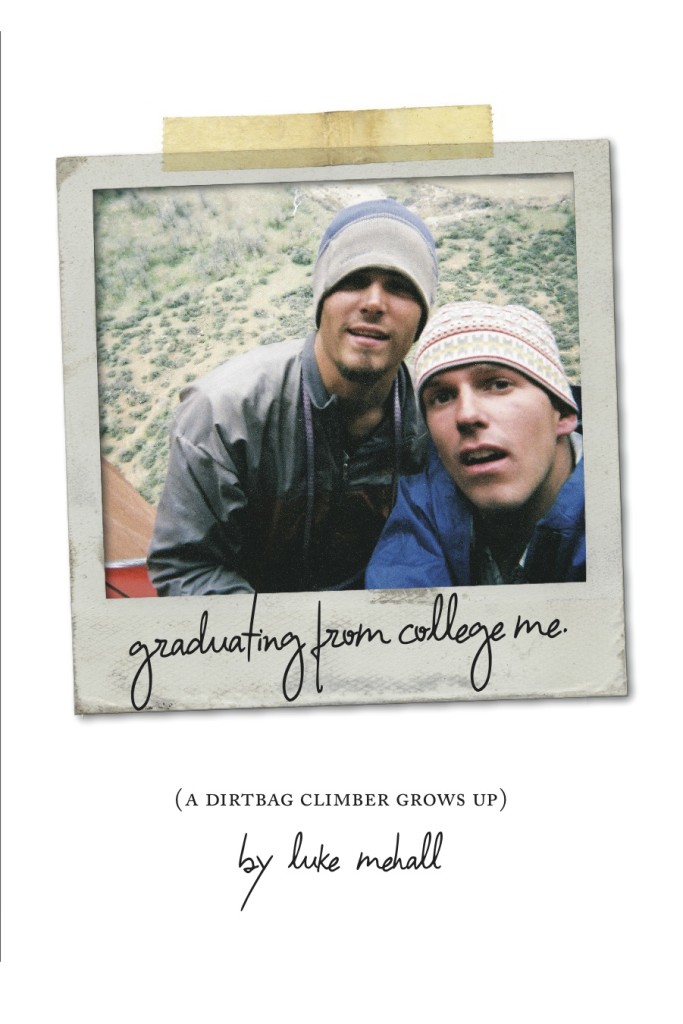 We have also published three books: American Climber, The Great American Dirtbags and Climbing Out of Bed, both written by publisher, Luke Mehall.