Book Review: The Alchemy of Action by Doug Robinson 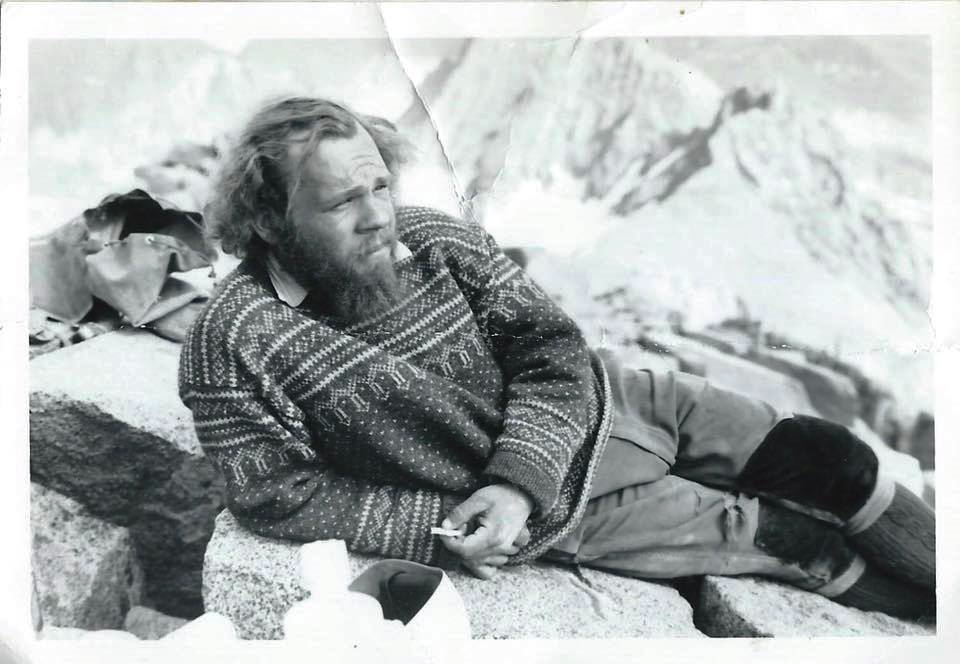 Books often inspire me more than the imagery or dialogue in a movie and I think it has to do with the fact that a book is more my speed. If a particular passage calls to me, I can re-read it; If I drift off whilst reading, I can come back in my own time; and, if a quote inspires me, I can highlight it – freeze framing it in time for me to ponder over and over until my heart’s content. The Alchemy of Action, by Doug Robinson was just that for me – a book requiring heavy digesting and periods of time to allow the contents to sit, distilling meaning as the complex parts reform a taste accustomed to my perceiving and memory-laden mind.

Doug Robinson is a well known climber and guide; he was at the forefront of the clean climbing movement in the 1970s, and this, his second published book, is a volume of work that dives into much and many as it relates to high output activities like rock climbing. Doug’s book speaks to me because he gets at that natural high in life that we, the ‘conquistadors of the useless,‘ get to experience. While I have yet to climb a big wall in this lifetime, I have experienced that juxtaposed feeling, twinkling in the tinged corners of my mind, creeping at the edges of my vision, that Doug talks about in length, both superficially and in detail. 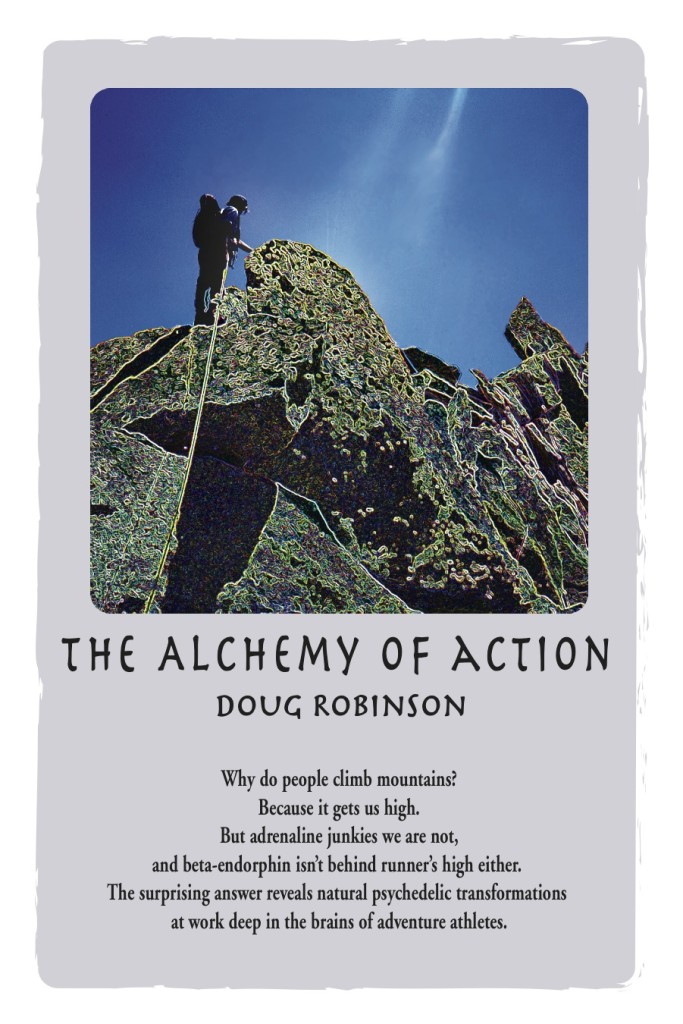 Throughout the opening chapters, Doug describes other encounters that friends or acquaintances have had spiritually or physio-mentally whilst performing at the edge of what appears to us as the physical human limit (Uli Steck, Dean Potter or Alex Honnold anyone?). I am in wonder of his stories, and of his sharing of storied lives from the edge. Perhaps I fancy myself as an edge seeker and those I know and love, too.

A portion of the heart of the text is Doug’s explanation of the processes in the human body that lead to a certain reaction or response systematically, beyond our conscious knowing. For example, he discusses in concise brevity about the physiological process of imbibing caffeine – a routine that many are familiar with on a superficial level though unfamiliar with at the cellular systems point of view. From this, he continues to build upon ideas of minute processes occurring in the body, things far beyond our everyday comprehension that are essential to our being at rest and in motion; things that are so far ingrained into our DNA that our minds, unless we study neurochemistry for a living, have no comprehension of the busy bee activity and requirements that occur everyday, every continuous second in our bodies.

With a background in Exercise Physiology that’s exactly more of a background now, I was delighted to awaken regions of my memory that recall the roles of processes and organs in my body and to grasp, from an admitted position of limited understanding, how much further Doug goes into exploring and explaining this inspired topic. For example, throughout a few relevant chapters he will often explain a molecule diagram he’s incorporated as visual fodder for the reader, going on to explain the process whilst making comparisons to other substances that share common elements and pathways in our bodies. To me, this says: “I am Doug, I did my research.” And, I have to imagine he did such out of a curious quest to know and explain experience, not out of a vain attempt to look intelligent to the scientifically minded. Clearly, Doug’s time in the wilds of the Sierras has had a profound impact on him and his quest to portray, in words, as a writer said experiences beyond the mere action.

Whilst a myriad of tangents make it occasionally difficult to focus singularly on one specific topic, Doug admits his diverging thoughts and covers a wide range of applications within this broad and emerging field. Even venturing to once again, as I see it, kick start the conversation within a demographic that gets it (i.e., climbers) about the plausibility of psychedelic substances in therapeutic applications – demonstrating the strength from our bodies natural release of these psychoactive substances in how their effect affects ones everyday presence positively in our society, our families and friendships. Currently, very little research exists into these matters and Doug’s exploration of the intersection between minute psychedelic release of organic substances present in our bodies and high output activity – activity that doses us with probable amounts of risk, duration, or superseding of perceived limits – is fascinating and enlivening to me. Bits of this book remind me of LSD My Problem Child, a book published in 1979 by Dr. Albert Hoffman – the Swiss chemist and father of LSD.

On the overall I highly recommend this book to those curious about anything I may have touched on. Doug has in no ways covered the topic completely and my sense is that he knows he’s only hit the tip of the iceberg. Perhaps this book will awaken you to an alternative way of mentally approaching what it is you do? Or, maybe you’ll find curiosity in that twinge of psychedelic experience you subtly feel next time you top out on a desert tower, or voluminous physical event requiring much, if not all, of your perceived physio-mental faculties? I applaud Doug for this book and I hope it inspires the already inspired in the journeys and adventures of our lives.

Get your copy of The Alchemy of Action

Al Smith III is the co-founder of The Climbing Zine. He lives in Gunnison, Colorado.