Volume 6 in Print – Our Crown Jewel 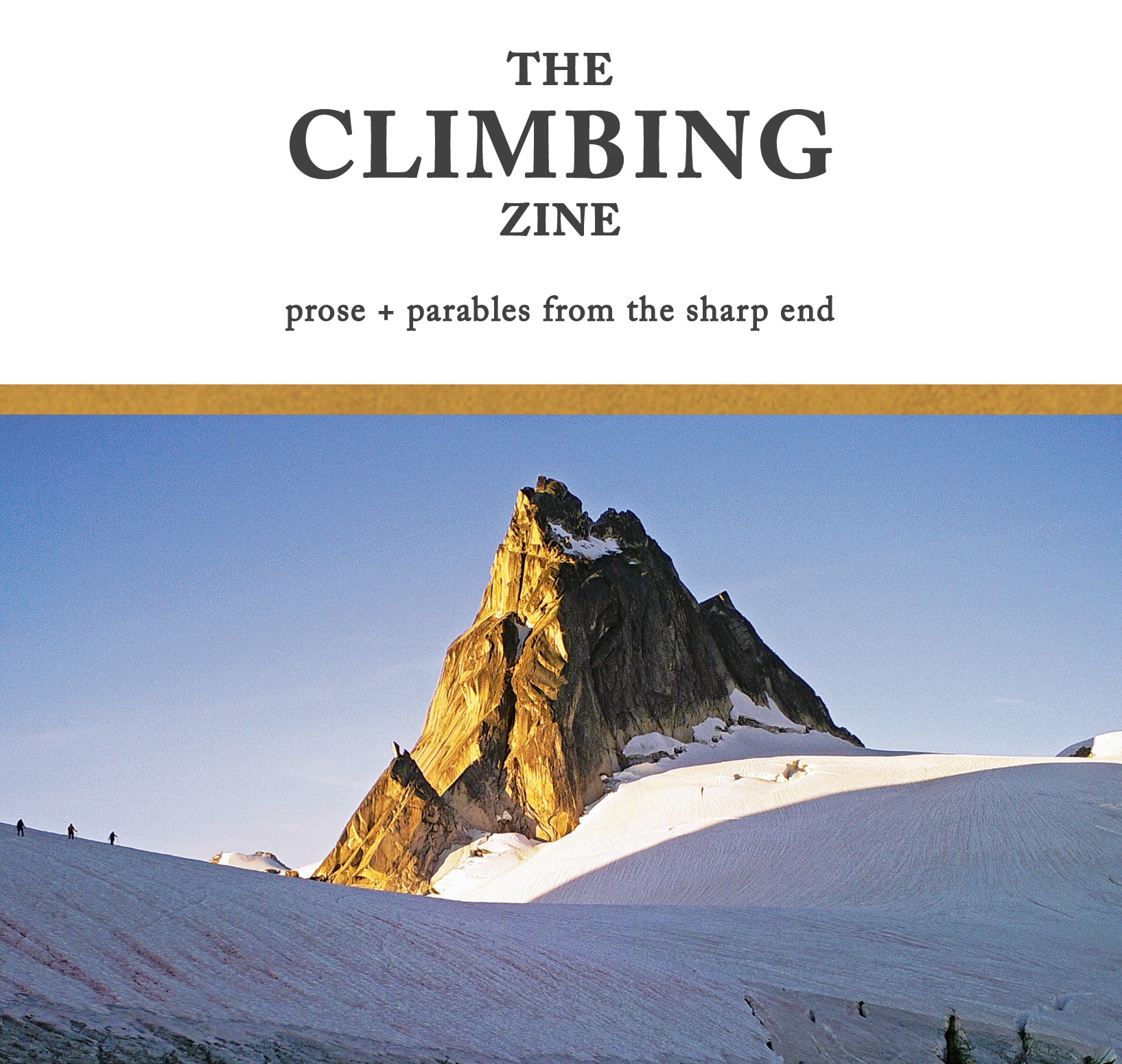 The sixth volume of The Climbing Zine is now live on Kindle and available in print. Titled “Prose and Parables From The Sharp End” this issue features a range of some of the most talented underground climbing writers including: Drew Thayer, Alexis McLean, James Lucas, Scott Borden, Brendan Leonard, David Fay and Alexa Flower.

The print version is completed as well, and is available in gear shops across the country. It is also available through our site as of September 29th. We are now also offering a subscription to The Climbing Zine, two issues per year, for $18.00 including shipping, starting with Volume 6.

Here are some words from our introduction to get a feel for the zine:

We often say that we started The Climbing Zine in 2010, but in reality it started itself. I’d been intrigued with zines ever since I first came across them in Salt Lake City, after briefly living there in 2008, and had subsequently published a couple of my own old-school black and white zines.

Then I met zine co-founder Al Smith III, who had an affinity for do it yourself (DIY) art, and we decided to do a zine together. The original plan was to publish just one issue, but the stories kept coming. Four years later, and here we are: we’re a legitimate publication that offers a unique perspective on this thing we call climbing.

While we’ve been doing our thing for the last few years, a revolution in climbing media has been taking place. When I started climbing in 1999 in Illinois, I spent just as much time poring over magazines as I did actually climbing. I loved reading about the characters of the climbing world, and the places I could go if I took the risk to start living a lifestyle that was very much different from the mainstream America that I knew. Without those stories climbing would have just meant going from hold to hold, but with them climbing was a gateway to another life changing world.

In those days pretty much all we had were magazines, books and VHS tapes. Now it is across the board, from short videos that cater to our society’s ever decreasing attention spans, to thoughtful podcasts that explore a deeper terrain of the climber’s psyche. And, if I can dare say so, things are better now than they were then. There are many ways to tell our stories, and there’s more democracy.

In four years of publishing The Climbing Zine we’ve learned a lot. My favorite part of being the publisher is when someone lights up when I hand them a copy of the zine. This doesn’t happen every time, but when I do get an energetic response I know I’ve met a kindred spirit. This is exactly what happened when I met Kevin Volkening, aka K-Bone, and showed him the zine. His eyes lit up, and he was incredibly psyched on what we were doing. We talked excitedly about art and climbing, and his psyche fueled me for days.

Sadly Kevin passed away last year in a climbing accident in Clark’s Fork, Wyoming. This issue is dedicated to Kevin, and though he never had a chance to publish something with us during his lifetime, his words grace the pages of this issue of the zine. With the blessing of his wife, Marge, we’ve published a story of his, “Road Trip Time Continuum”, and we also wanted to close this introduction with some words from his journal. 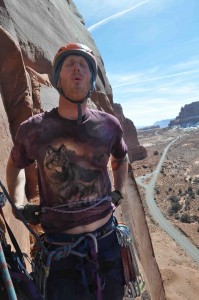 As of right now we’re 13 hours into the drive between Bozeman and Yosemite. We just passed a sign placing us 16 miles from Fernly. A small town in central Nevada. I’ve got to say for 13 hours on the road, I’ve still yet to reach that stage where I pray every mile down was actually 10. I strangely miss Margaret, I guess this shouldn’t be “strange” but by strange I don’t mean that I usually don’t miss, I mean I didn’t expect to have thoughts that I wish she was here the first day. I guess she’s just been so amazing as of late I can’t help but feel closer to her now more than ever before.

Some call Yosemite the birthplace of modern climbing, others revere it as the proving ground for today’s hardman. Whatever it is, it’s a place I’ve been dreaming of returning to since last June. It’s one of the places you don’t explain to others, because unless they’ve been, you’re just wasting your time. I’d just say I’ve slept and slept good before final exams, in open bivys before massive routes, in the dirt in Cody and countless other places and situations of discomfort. However, for the first time in years last night, I slept terribly. Apparently I’ve found something, which will challenge every thing that I am, The Captain.

On that note, we hope you enjoy this zine half as much as we’ve enjoyed putting it together.