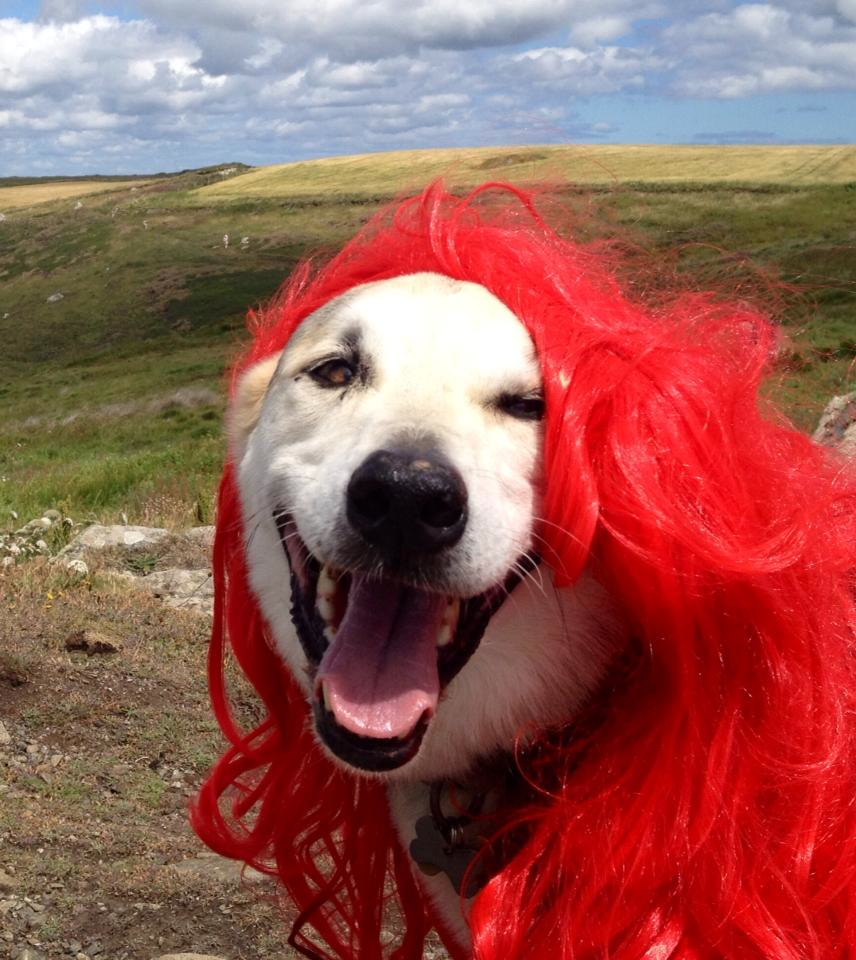 Editor’s note: Longtime Climbing Zine contributor D Scott Borden wrote this piece for Volume 7, and sadly as the Zine was going to press Rasta passed away. Our thoughts are with you and your family at this time Scott. Thanks for such an inspiring piece! -LM

We have all seen some cray-cray stuff when it comes to pets at the climbing crag. Like the time I was passed on the seventh pitch of Half Dome’s Snake Dike by Dean Potter short roping his little dog behind him as he soloed the route. Or the lady that brings her cat on a leash to the boulders and sends V7 while that fur ball watches disapprovingly. (Why are they always so hard to please?) Or the dog that ran off in Utah’s deserts and when hope was lost she returned 12 days later without a scratch. Or the time I saw a guy with an eye patch and a parrot on his shoulder crushing 5.13 cracks in Indian Creek. (Though come to think of it, it may have been Halloween.) However, none tickle my biscuit better than the story of Rasta Dog. Of course, being my dog, I may be a little biased.

After the third excruciating and ear numbing time I heard this line I snatched up a puppy from the young man figuring I was saving it from the danger of dying of a patchouli oil and weed smoke overdose. The puppy was only four weeks old and fit in the palm of my hand. He was completely reliant on me for everything. Being in college and climbing every possible second, like so many young men with too much responsibility, I was in way over my head. Just for perspective: I ate a strictly vegetarian diet mostly from dumpsters around town, lived in my truck, refused to wear shoes to class, owned one pair of pants and showered once a week. I could barely take care of myself, what the heck was I going to do with this adorable dog?

I would venture to say that thus far, this story is probably a dime a dozen. How many lost climbing dirtbags do you know that live in the back of their car and have a dog?

Rasta Dog would go through the inevitable stages of a crag dog. Young puppy stage: where he would bark uncontrollably and annoy everyone not matter how much attention you gave him. Middle aged stage: where he would demand a good hour of stick throwing and then wander around the crag for hours alone but always end up back at the car at the end of the day just in time to head off. Old man stage: where he would be happy just to get to the crag and chill out. “What a good, cute crag dog,” everyone would say. Well, they didn’t put up with his crap for 13 years prior did they?

I guess it wasn’t what Rasta Dog did that was story worthy, but perhaps more what he created. When I finished college I wanted to travel. So I left Rasta in the capable hands of my most responsible friend, Taryn. Now Taryn wasn’t just responsible, she was the president of the student government at our college. We had co-founded (with several other friends) an environmental group. She was an ass-kicking environmental activist with the looks to match.

Of course, I wanted nothing to do with her romantically. She was the type of girl you take home to Mom and I was looking for the type of girl you snuggle with in the back of your truck. You know, the truck you’re living in. She was too serious for this man on the run, but she sure would take good care of the Rasta Dog.

And so it went, she took Rasta while I travelled the world climbing and after a while I came back to the same town. Rasta and I were reunited and she noticed how happy he was to see me. She asked if I would take him back since we seemed so content. So I did and after a while I got that wandering itch again and pleaded to give him back. She obliged and I headed to climb internationally again. It was then that we made an agreement that whoever was most stable would take the dog. At that pivotal moment the three of us became a pack, separated only by distance.

Four years later, Taryn called me on the verge of tears. I was living and working in Yosemite National Park and she needed to give Rasta up because her work required her to travel constantly. I agreed and we made plans to exchange him. Then suddenly, out of nowhere, she changed her mind. She decided her lifestyle was unsustainable and that Rasta was the only thing stable. I knew that feeling all too well and could appreciate her reluctance. In the meantime, she needed to go to Saudi Arabia for some work and needed someone to watch him, so I happily volunteered.

She came to drop him off and we talked about times of old and new. We walked in the Tuolumne Grove of Giant Sequoias and when we got to the Kissing Trees (two trees that intertwine to unimaginable heights) I leaned in and kissed her. 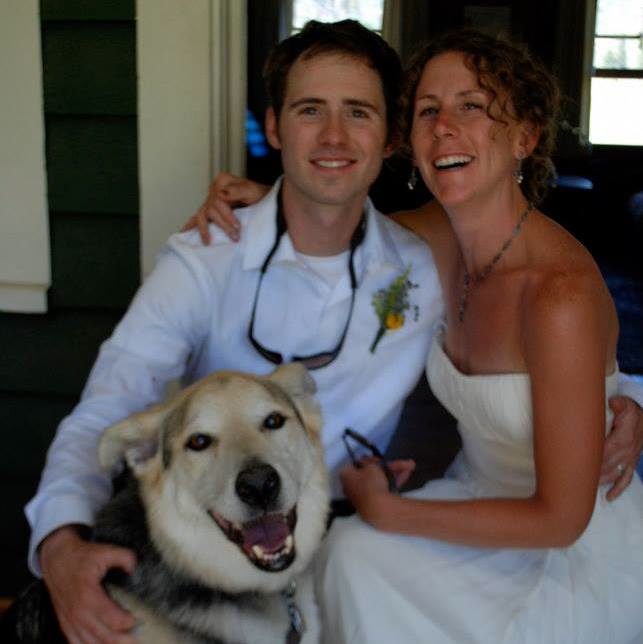 Two years later we were wed in the Big Meadow of Yosemite National Park. The story of how Rasta created a perfect ‘parent trap’ was told during the ceremony and he was the official ring bearer. When Taryn and I were announced as partners he barked loudly as everyone clapped and laughed at what could only be described as Rasta’s abundant joy. We have since moved to the United Kingdom, and of course Rasta flew here with us. As we anticipate the birth of our first child, Rasta sits at our feet (now 14) and seems very content with the new addition to our pack. Since the pack was reunited, whenever we go climbing he sits quietly at the crag with an odd look of contentment.

As if……maybe……just maybe, he was planning this union the whole time. While we will never know his true intentions, one thing I am sure of is that he is truly a wise and crafty crag dog, if I’ve ever met one.

The Climbing Zine Volume 7, (Dirtbags, Crag Dogs, Hyenas, and Free Solos) is available on Kindle and in print.

Scott Borden just moved back to Gunnison, Colorado. He has been contributing to The Climbing Zine since our very first issue.