The Giving Bolt, An Ode To The Bolt by Jimmy Keithley 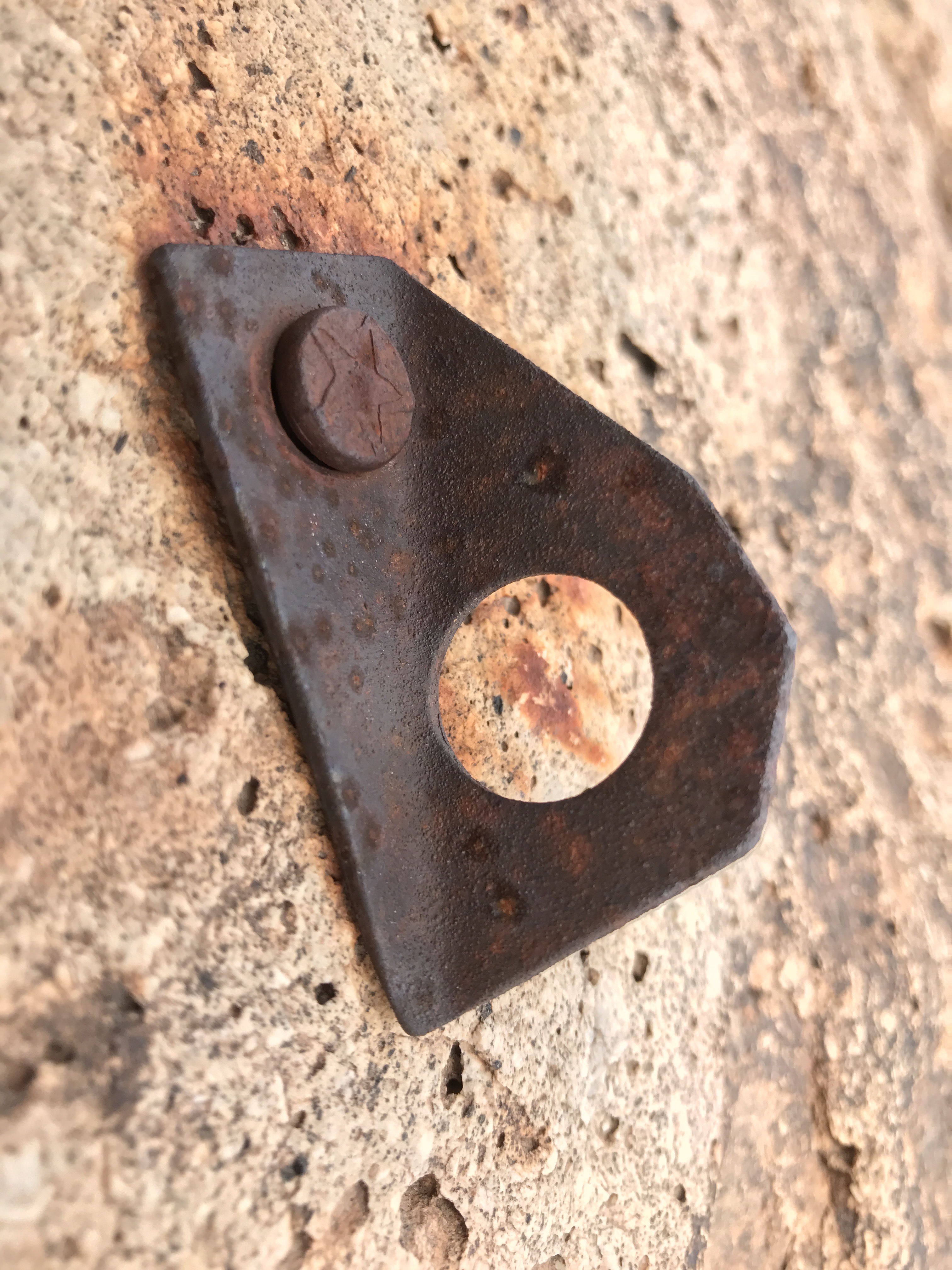 Well here we are, old bolt; let me just say this before I remove you.

You should be proud because great care was taken when you were placed. Questions were asked, such as: Was this the best spot for you? Was there any place for passive pro? Would you be chopped? Would the coming onslaught of climbers pull you out? Would the harsh weather and corrosive environment weaken your strength?

by Jimmy Keithley (note this piece is published in Volume 14, now ready to order.) 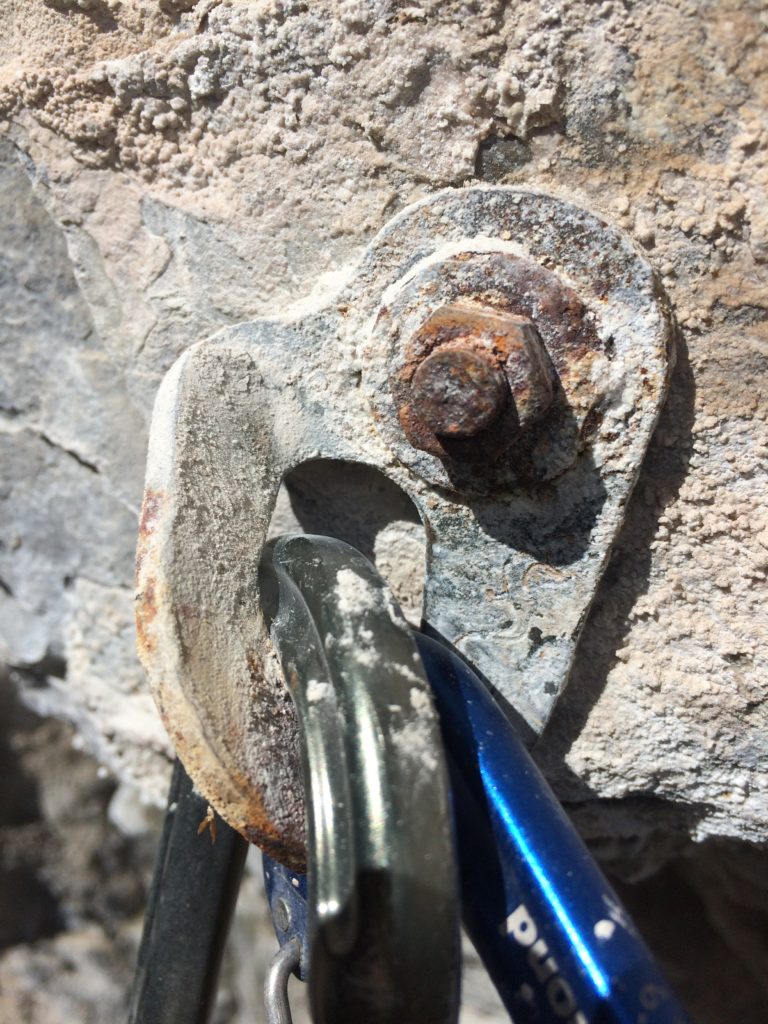 A plated steel bolt, which was replaced by a stainless steel version. At the time of this photo the bolt was less than five years old.

And yet you have endured so much abuse over the years: the hang dogs, the gumbys who put crappy bail ’biners on you, the spandex-clad climbers of late ’80s and early ’90s who yo-yo’ed you to death, and yet through it all, you have hung in there.

It hasn’t been all bad though; you have seen some amazing things over your lifetime. First ascents, first leads, first onsights, and climbers of all walks of life who chose you to protect themselves. There have been priceless moments, where an intimidated leader has clipped you, followed by a deep sigh of relief. Like many of us, you have worked far past your retirement age, without a complaint or budge.

Sure, you have had a little work done, a tightening of your nut or a new hanger! But it’s still you, your guts are rusting, and your strength isn’t what it used to be. Don’t you worry; we won’t replace you with some cheap plated-steel knock-off from the hardware store.

Your life is far from over! We have plans for you, oh yes! We might use you as a plant holder, a trophy for a collection, a bottle opener, a key chain, or use you to educate others.

Maybe just maybe, you will be put in the Patagonia Store in Brooklyn, and a hipster will gawk at your rustic beauty as they clip eco-friendly clothes to you. Either way, your legacy will live on in our hearts and racks. And we thank you for your decades of service to the climbing community.

Now, where’re my tools? Let’s get you the hell out of here.

Jimmy Keithley will forget your name immediately after meeting you but won’t for get the route you were on when he met you. He volunteers his time with the Salt Lake Climbers Alliance as a board member and has served as the WARI (Wasatch Anchor Replacement Initiative) chair. Keithley and his family can be seen climbing together around the Wasatch and beyond; they are the proud recipients of the Access Fund Sharp End Award.

Show Up As You Are: The Rise of a Routesetter by Devin Dabney
October 21, 2020

Biophilia On The Rocks by Birch Malotky
October 12, 2020

Flirting with The Nose In A Day in The Valley of Stone
October 12, 2020