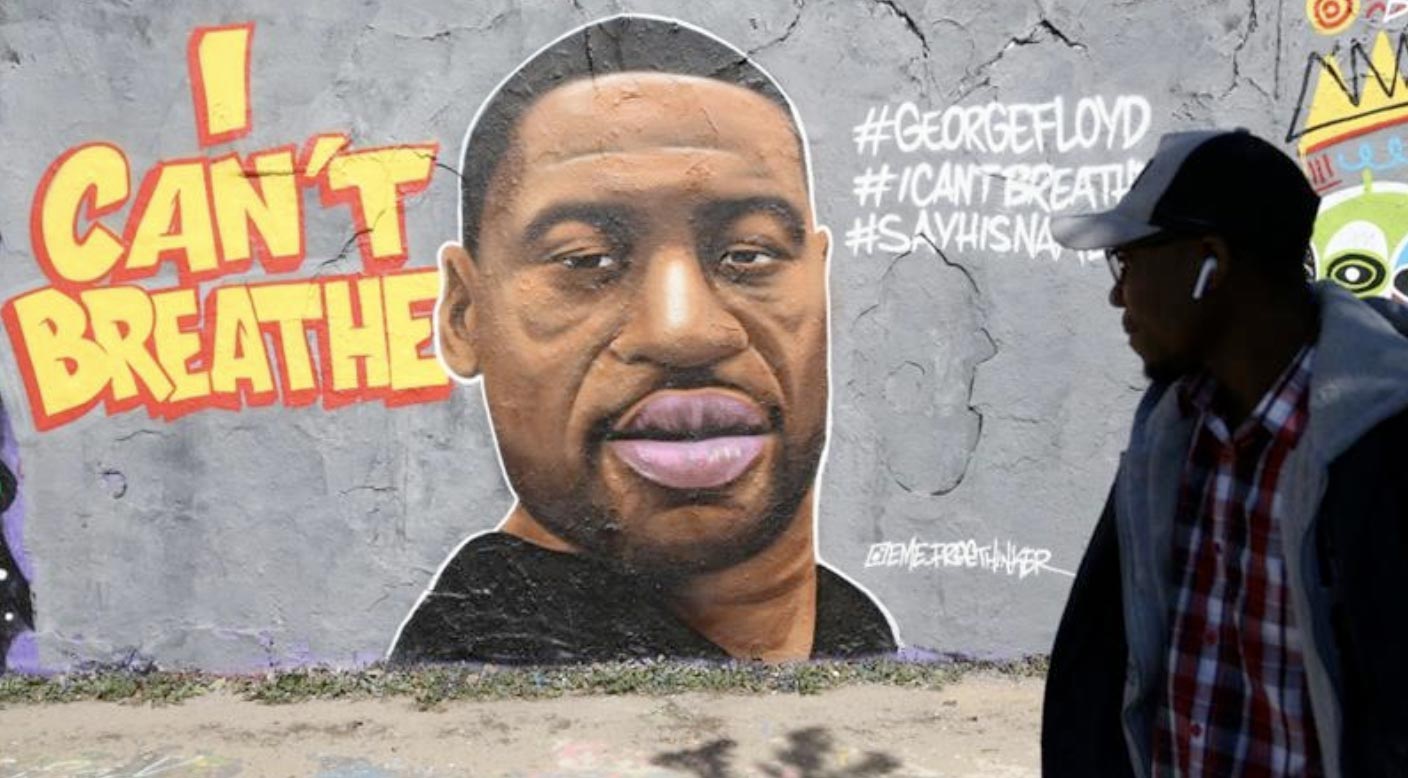 I thought that my last column was hard to write, but this one might be even more difficult. Last time I wrote about the passing of my friend Dan Escalante, who was killed in an avalanche in Crested Butte. I cried the whole time I was writing it. In some ways I could say Dan helped me through that; his spirit guided me to find the right words.

Words by Luke Mehall, publisher of The Zine

There is a singular similarity to my last column and this one: I have only one thing I can write about. And in this moment, it is another death. The death of George Floyd, and the subsequent protests following it.

There is an emptiness that I feel while writing this, and not because its early afternoon and I haven’t eaten anything besides a smoothie. That’s my normal morning routine. Have a smoothie, get jacked up on caffeine, and do my business for the morning.

I just finally watched the video of the police killing Floyd while he was in their custody. I wasn’t going to watch it, because I knew what happened, and I find myself being disturbed by videos like this. But, if I was going to write about it, I figured I should watch it.

I have a police officer in my family—my future brother-in-law—so I cannot simply bash police officers. They have difficult, often thankless jobs, and the bad apples seem to define their work in the last few years.

To me this murder by the hands of police officers is a continuation of the oppression of black people that has taken place since the United States was born. We are a country that was created on the foundation of slavery and genocide. And our president seems to represent a last grasp of power based on that foundation.

Protests—both peaceful and violent—are currently in their seventh day as I write this. One day our country is being told to practice social distancing, and the next thousands and thousands of people are gathering in the streets. Leaders who were preaching social distancing are now telling people to go out and protest. Just when we thought things couldn’t get any worse this happens.

UPDATE: Just after writing this the officers were charged.

I am also at a complete loss for any more words to write about this. For many years now, since I became an educated adult, I’ve felt ashamed of the history of our country, but also hopeful that we could become a more perfect union. I am still hopeful, while we are at another low point in our country’s history. Things are likely to get worse before they get better. Violence only needs to more violence. People want justice. Are we as a people and nation capable of that? Only time will tell.

Note: this piece was originally published for the “La Vida Local” column in the Durango Telegraph on June 4th.

Luke Mehall is the publisher of The Climbing Zine and the author of five books, including American Climber and The Desert.