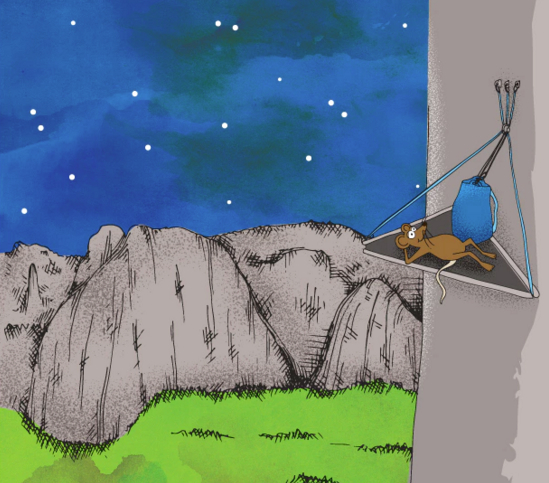 UPDATE: the second edition of Squeak! has been released. Same great story, with a couple updates, including The Climbers Pact from the Access Fund. You can get a copy of the book here.

Longtime Zine contributor and all around good guy, D Scott Borden announced the release of his children’s book, Squeak Goes Climbing in Yosemite National Park. Borden wrote the story and our wonderful designer, Mallory Logan did the illustrations. A portion of the proceeds goes to the Access Fund. 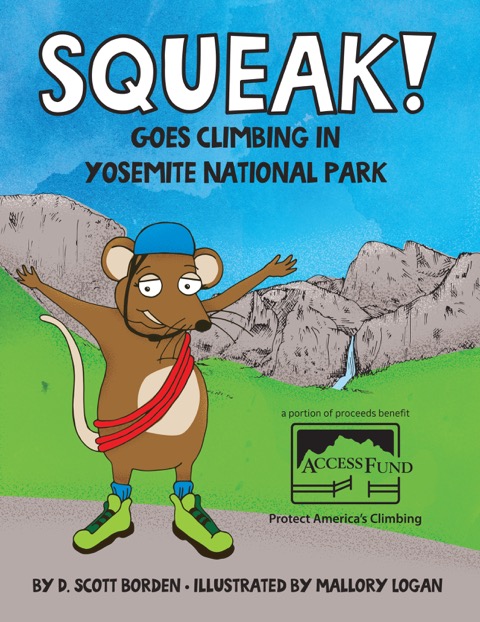 Squeak lives a normal mousey life in her meadow home until she stumbles into a climber’s haul bag and is dragged up El Capitan. Scared but not alone, other animals try to console her as she struggles to stay positive on her three-day journey. All of a sudden the climbers are in trouble and need help. Will Squeak face her fears of climbing and save the day? Teach your child about climbing, Yosemite National Park’s natural history and overcoming fears to achieve anything with this ages 2-adult children’s book.

Pick one up in our store.

The Giving Bolt, An Ode To The Bolt by Jimmy Keithley
October 5, 2021