About The Cover (The Climbing Zine Book) 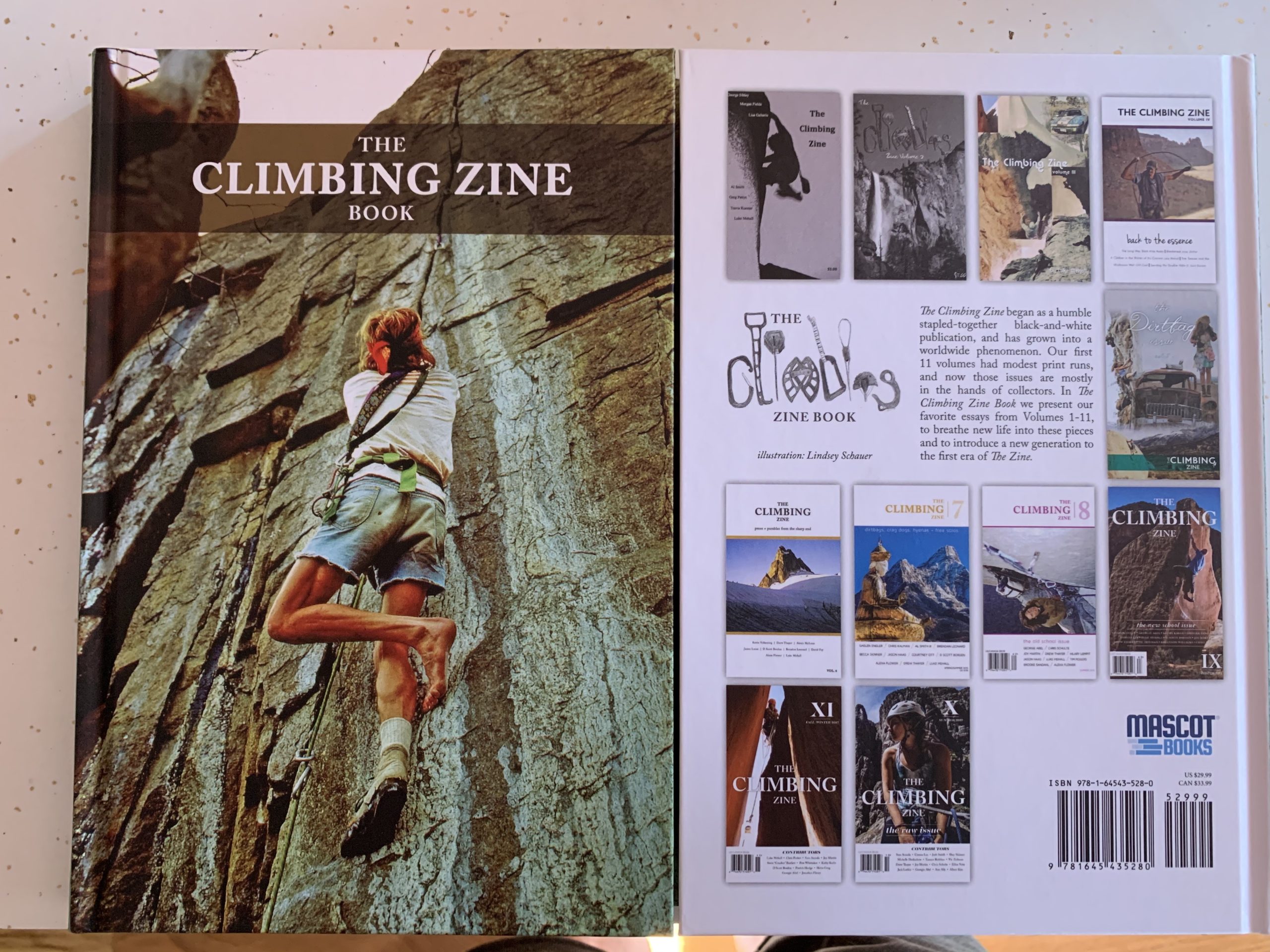 As I’ve said and written before, my favorite thing about publishing The Zine is the connections it helps create. I am able to connect with people that I wouldn’t otherwise be connected to if I didn’t publish this zine. Thus is the case with the legendary climber Jimmie Dunn.

I met Jimmie at a presentation I was doing in Colorado Springs, Colorado, in 2018. The turnout was small, but special. I’d already worked with Stewart Green—one of Jimmie’s lifelong friends and climbing partners—and he encouraged Jimmie and another mutual friend, Keith Reynolds, to come to the presentation. Since that day we’ve cultivated a friendship, and Jimmie has provided some of the coolest photos we’ve ever published: this cover shot being one of them.

The 1978 photo of Jimmie says so much on its own: the swami belt, his bare foot, and his general style; but there’s even more. It was taken on Jimmie’s camera by a great friend of his named Albert Dow. Dow died a hero’s death; he was killed in an avalanche during the famous rescue of Hugh Herr and Jeffrey Batzer on Mount Washington in New Hampshire.

Jimmie also had a sketchy but eventually funny story about the climb Zonked Out, located at the Woodchuck Ledge in New Hampshire. Jimmie’s (then) wife’s dog got into a fight with an animal they thought was a woodchuck, and Jimmie ended up getting bit in the butt by that animal during the scuffle. His first fear was that he might have rabies, so they cornered the animal to capture it, in order to get it tested, which they eventually did with the help of Forest Service employees. While trying to catch the animal, they realized that it was not a woodchuck but a giant beaver! And luckily for Jimmie, it was not rabid.

He went to the emergency room and got stitches and, a few days later, returned to Zonked Out with Albert Dow. He had previously tried the climb entirely barefoot, but on this attempt, he decided to wear one shoe on his right foot for a critical smear. With his left foot bare for a crucial toe jam at the crux, he sent the climb—and then rated it 5.10+++. It is now considered to be the first 5.12 in New Hampshire.

Jimmie was inspired to try barefoot climbing after his friend and climbing partner “Hot” Henry Barber had returned from a climbing trip to Dresden, Germany, where barefoot climbing was commonplace. Jimmie also added that he and Henry, one of the best free climbers of his era, had previously tried Zonked Out together and they had both failed.

Since we first met, I’ve had the chance to climb and hang out with Jimmie on several occasions. Though he’s the climbing legend, he’s always praising my friends and me for how strong we are, even though in his prime he was way more of a crusher than we are. At seventy-one, his passion for climbing and climbers is still going strong—even if he doesn’t climb as much or as hard as he used to, because of his duties as a father and husband, a lifestyle he is quite content with. (Though he shared with me that, on New Year’s Day, he did fourteen pull-ups in a row!) To me, Jimmie represents the true spirit of climbing, and I am grateful to call him a friend.

The thing that shines through Jimmie the most is his love for the natural world. He sees climbing as a vehicle to appreciate that world, and he hopes that all climbers will fight to protect our natural resources. I have been talking to Jimmie about creating a book of his photos and stories—so that’s something to look forward to!

I hope that you find as much enjoyment reading this book as we had creating it. And here’s to another ten years of The Zine!

Luke Mehall is the publisher of The Climbing Zine. He looks forward to seeing everyone on the other side of this pandemic.

We have also published seven books: The Desert,  Graduating From College Me, American Climber, The Great American Dirtbags , Climbing Out of Bed, The Climbing Zine Book and Squeak Goes Climbing In Yosemite National Park (a climbing children’s book) .

Staying Hungry on The Salathe by Brittany Goris (an excerpt)
July 27, 2022