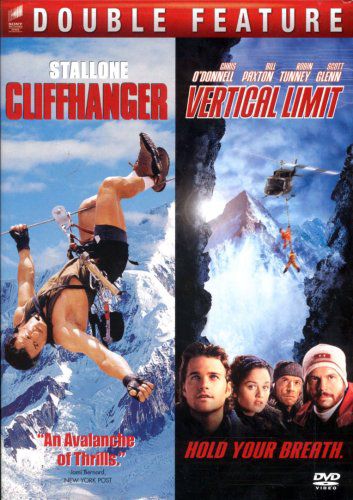 “Do you do that?” is a question I’ve been asked throughout my climbing existence, with the emphasis on you and that.

The question is always from a non-climbing friend or family member, and the subject matter for discussion is typically a recent TV commercial that uses rock climbing to sell something.

by Luke Mehall, author of Climbing Out of Bed

Over the years it has varied, from the Marine Corp commercial featuring a “climber” in the Utah desert a number of years ago, to the credit card ad, with climbers dangling off a portaledge, just a year or so ago.

These days the topic of conversation is a commercial for a bank, which features Katie Brown and Alex Honnold climbing Ancient Art in the Fisher Towers, near Moab, Utah.

If the conversation is with a beautiful young lady, I typically go into, “well, yes actually I have done that climb,” but usually the dialogue goes somewhere in the direction of me explaining that free climbing doesn’t mean you’re not using ropes, and no I don’t free solo (much to the relief of flatlander friends and family).

When I was recently in Chicago for my brother’s wedding, I fielded a lot of climbing related questions such as these, and it made me think of a couple things:

1. Climbers aren’t really famous. Most non-climbing people (especially in locations where climbing isn’t popular) don’t know the name of any particular “famous” climber. The most talked about climber is usually the one that has been in a commercial recently, and is not known by name, but rather, simply as “that climber”.

2. What do climbers represent to the non-climbing public? What do we as rock climbers contribute to society? What lessons and information about our passion can we glean to the people?

I would comfortably state that Alex Honnold is the most famous climber in the United States right now. That said, ninety-nine percent of non-climbers don’t even know his name. He is “that guy in the bank commercial” or “the guy in National Geographic or 60 Minutes, who climbs in Yosemite without a rope”.

All climbers know who Honnold is, and he is certainly famous in our community. However, in the great picture of things, the climbing community is a small, counter culture that doesn’t have much influence in mainstream American culture.

Alex Honnold is known to the mainstream because he climbs crazy stuff without ropes, but equally as influential is his appearance in a bank commercial, on a climb, Ancient Art, a route that many “average” climbers, including yours truly, could do. My guess is that Honnold can comfortably walk in anonymity most places, with the exception of rock climbing areas. An average professional basketball player is more of a household name than our sport’s most famous climber.

This essay could take many tangents from this point. Alex Honnold is a controversial climber, and desktop climbers on internet forums heavily debate his climbs. One recent post on www.mountainproject.com titled, “Will Alex Honnold be the first free soloist to die on film” felt overbearingly mean-spirited. Though sometimes I am inclined to entertain the notion that climbers are of intellectual superiority to the masses, conversations on climbing forums certainly prove me wrong.

There’s also reasonable arguments that Honnold is not the “best” climber, a topic of conversation that is also meaningless. Even when climbing is an Olympic sport (it’s currently being proposed for the 2020 games), the winner of such competition will not be regarded as the best by the climbing community. Climbing is not an activity where someone can be the best; there are simply too many disciplines.

It’s an understatement to say sports are very important to our culture. It’s a multi-billion dollar industry where the winners are Gods, and we worship these stars by the tens of thousands in mega-stadiums from sea to shining sea. The stars are given millions of dollars for their work bouncing, throwing and catching balls and other various objects, and they are treated like royalty. They have an impressive athletic prowess, followed by a sometimes less than impressive audience that consumes what they promote (often alcoholism, unhealthy food and lifestyle). To be fair, I am a part of this audience myself. I enjoy watching basketball, and my heroes as a child were the famous players of the era I grew up in. Traditional sports paved the way for my interest in rock climbing.

I think what rock climbing really means to the masses is further complicated by the portrayal of climbing in Hollywood. No Hollywood film has ever got it right. From the embarrassment that Sylvester Stallone portrayed in Cliffhanger to the joke that was Vertical Limit, when Hollywood takes on climbing they completely botch it.

But that’s okay. Part of what makes rock climbing culture unique and intriguing is the fact that it is not mainstream.

So what does the climbing community have to offer to non-climbers? We have our stories. I have a repertoire for non-climbing friends, and when I’m telling these stories, the person is usually captive and attentive. Whether it is the time I got stuck on a wall overnight, a couple thousand feet above the ground, or the time I camped out in Joshua Tree for a hundred days straight, these stories engage and offer a perspective of living within wild, natural settings that many people have forgotten.

For them to know there is still a tribe of people finding freedom and adventure, facing danger with courage, living their lives out under the blue skies and stars, well, I think that is meaningful. Just as it is important to know there are still tigers, lions and bears out there, even if we never see one.

As I reflect on that, I think about what Alex Honnold and his climbs do for me. The level that he is on is so much higher than I’ll ever get to. He climbs routes without a rope that I can’t even do with one. To me, Honnold is an inspiration, more than anything. An inspiration to try harder, live more, and experience life (and climbing) to the fullest. And at the highest level of evolution, that is what we should do more of for our fellow human beings, provide motivation and inspiration for one another.

Climbing is a spiritual pursuit in a materialistic world. The rewards in climbing are different than traditional sports, and therefore our meaning to the mainstream is different, and our heroes are portrayed in a different light. Our rewards are sunsets and views, a high standard of physical and mental fitness, and eternal reflections that make us appreciate life at a fundamental and spiritual level. And, perhaps there is a part of everyone (even those that spend their lives away from the natural world) to be reminded that we are part of the same world, one still full of magic and mystery that the climber inhabits and thrives within, reaching higher and higher.

Luke Mehall is the publisher of The Climbing Zine, and author of Climbing Out of Bed, a definitive collection of climbing and mountain town stories. 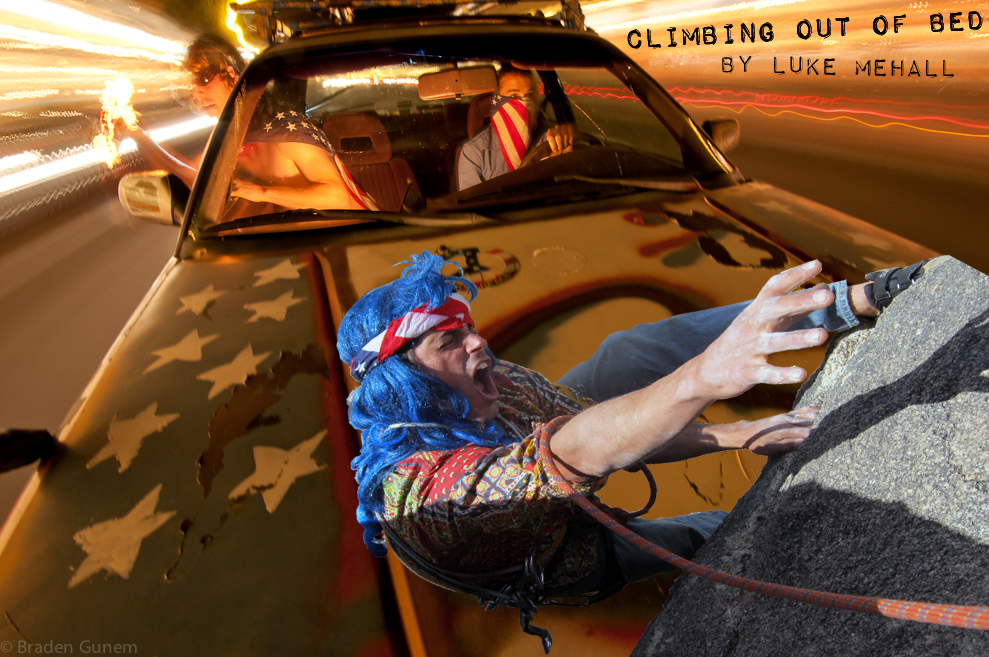