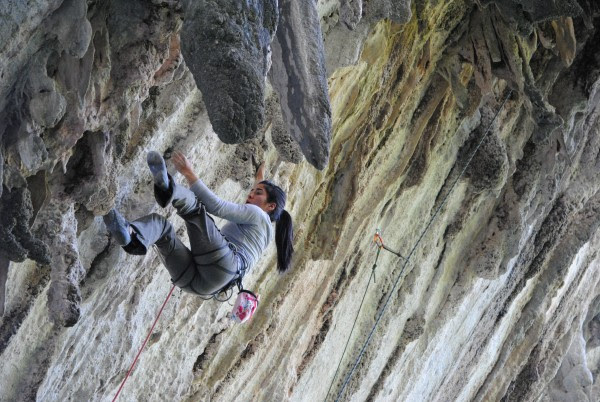 The Cumbia Cave is down a bumpy road in Nuevo León, Mexico. It is located in an area called Las Adjuntas, which is where two rivers converge in a beautiful lush canyon famous for it’s canyoneering adventure called Matacanes. The Cumbia Cave is on the way to the already popular area El Salto also known for it’s incredible tufa climbing.

Nuevo León is loaded with climbing potential. With only a few local climbers bolting and a smaller number of US climbers than pre-drug war days it is overwhelming how much development of amazing climbing there is to be done here now. Another area which has huge potential is called El Diente which is ten minutes down a road from the city of Monterrey. It has everything for a great sport climbing area four stalactite caves, a 1,000 foot El Diente (the tooth), and an amazing two pitch tufa wall two minutes off the road pictured below. It is all on National Park land but unfortunately a mining company now owns the access road to this amazing gem. 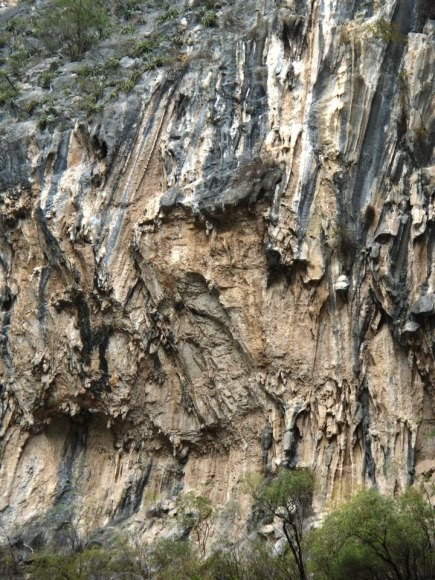 We found the Cumbia Cave while driving to another cave full of amazing tufas in the Chipitin waterfall. We decided the drive and hike was a bit to much for that cave though I think somebody could bolt a long adventure route there and it would be amazing. We started bolting the Cumbia Cave last spring and there are currently 15 routes from 11a to 13a. 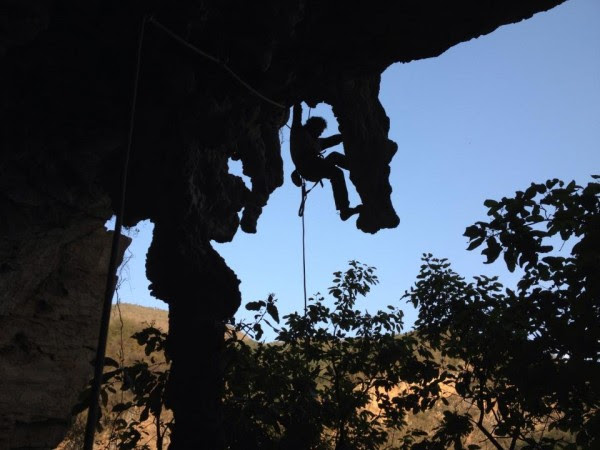 Rodrigo on some big stalactites on Cascabel, 5.11a 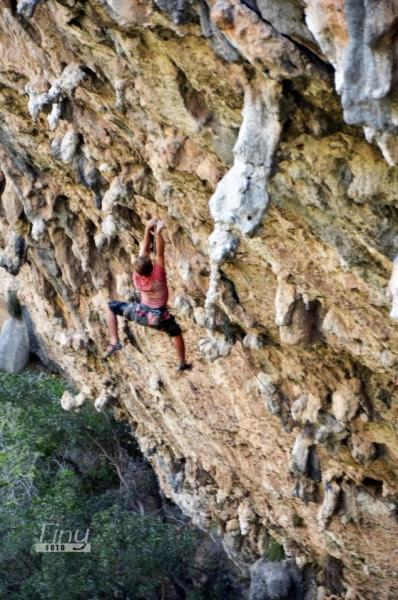 With the abundance of holds and tufas at the Cumbia Cave we will likely be bolting many more routes. Just looking around a little last weekend I spotted another cave across the canyon. We also bolted an area called the La Cueva del Oso two years ago it is a little more remote and has the white dust of north facing limestone caves. 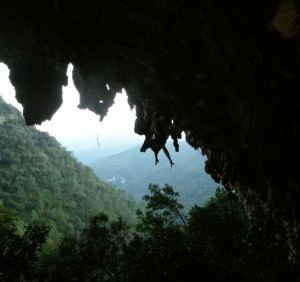 Joel transformed into a Tufa on Vasco Viejo, 5.11d

If anyone is interested in climbing or bolting in the Cumbia Cave this winter feel free to contact me for beta on getting there. There is some beta here:
http://www.elpotrerochicoguides.com/#!cumbia-cave/c1rqz

Mark Grundon splits his time between Mexico and Yosemite. He is the owner of El Potrero Chico Guides. In addition to establishing new routes, he also replaces old, rusted bolts on established routes, making them safer for the rest of us.

A full chapter in Luke Mehall’s first book, Climbing Out of Bed, documents Grundon’s battle with testicular cancer when he was in his young twenties.