Letter To The Zine by Ken Turley 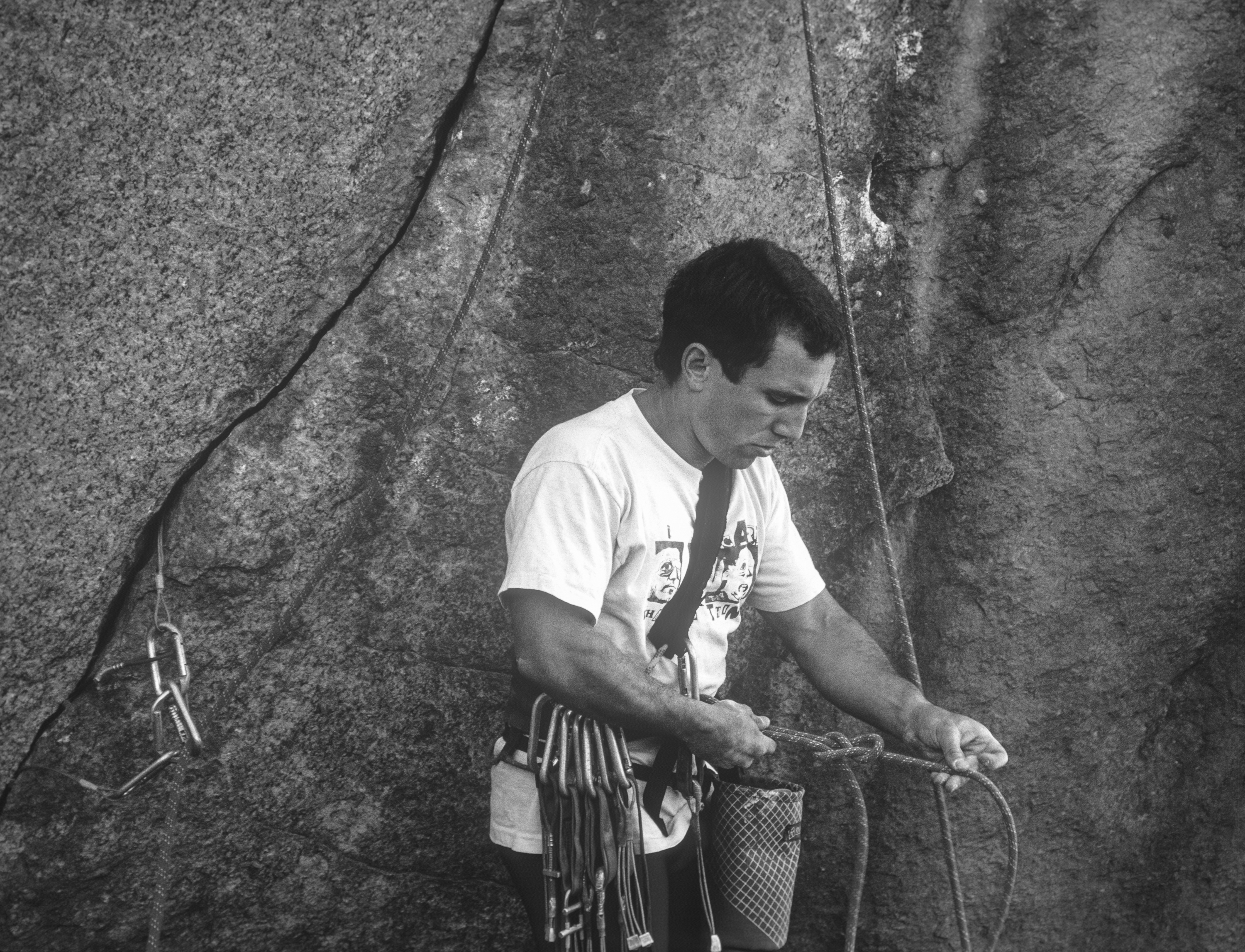 To Roy McClenahan by way of The Climbing Zine,

Glancing through the pages of Volume 16 of The Climbing Zine in my local climbing gym in Missoula, Montana—a setting that feels a galaxy apart from the rugged hill country of east San Diego County where I grew up—I was stopped in my tracks when the Greg Epperson photo of Ray Olson leapt out of the pages at me. Imagine then my further shock when I saw my own name appear in the text.

I grew up in Lyons Valley, about fifteen minutes from Deerhorn Valley. Around 1980, my climbing partner, Craig, suggested we explore the boulders at Deerhorn. Imagining the undiscovered world of climbs we were about to reach, we bushwhacked straight up the steep slope toward them, only to be amazed when we came upon a network of neatly pruned trails leading from one rock to another. It wasn’t long before a solitary hiker appeared, cruising down the ridgetop. “So,” he said, “I see you’ve found Deerhorn.” He carried a nylon sack, the size of a Hefty lawn-and-garden trash bag, on the outside of which he’d sewn the words This Place is a Mess. That, of course, was Ray Olson, and that sack would often accompany him as he collected trash and shooters’ debris from the surrounding hillside. 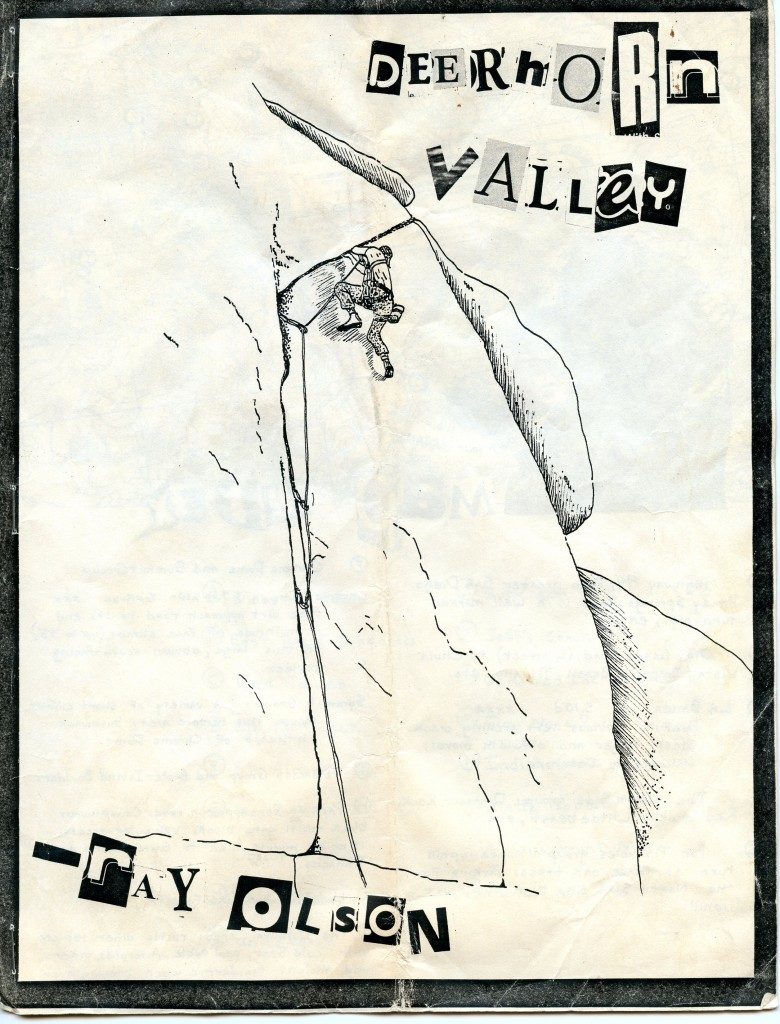 My friendship with Ray started that day and would last through much of the ’80s. Soon I had a FROG swami and leg loops, pack, and several of the jumbo-size crack-climber specialty chalk bags, including a skull and crossbones one. Ray and I named it the “soloists chalk bag.” It’s likely I was wearing it on a day at Idyllwild when I did what remains the longest free solo of my climbing career, a four-pitch moderate on Tahquitz. I was there with Ray, and he suggested the climb. I can still remember how confident and relaxed I was, palming an arching undercling, feet smearing on low-angle slab, feeling as bold and totally badass as Ray, who casually led the way.

Ray was only two years older than me, but he seemed a generation more wise and worldly. I once told him of my plan to give up all junk food, alcohol, and whatever other evils I could think of that must be harming my climbing. Ray considered this announcement, then said, “I don’t know about that, Ken. Everyone needs at least one vice.” I’ve kept those words close to heart ever since.

By 1990, I’d moved from climbing to sailboat racing. I raced with a regular crew, known particularly for our multiple vices, and we needed a team shirt. I’d seen a graphic Bruce Pottenger of Kinnaloa produced, the one-and-only “This ain’t no wienie roast.” Bruce agreed to print us shirts for our crew, with the graphic on the back and our boat name on the front. The image in the graphic depicts Ray Charles with spirals in his glasses. The artwork is by Ray Olson. I still have that shirt (see attached). It’s threadbare and unwearable, but like my memories of Ray, I’ll hang on to it to the end.

Your article on Ray is well written, sincere, and engaging. It captures the personality and essence of one of the more memorable individuals to have touched my life. I thoroughly enjoyed reading it and am honored to have been included. 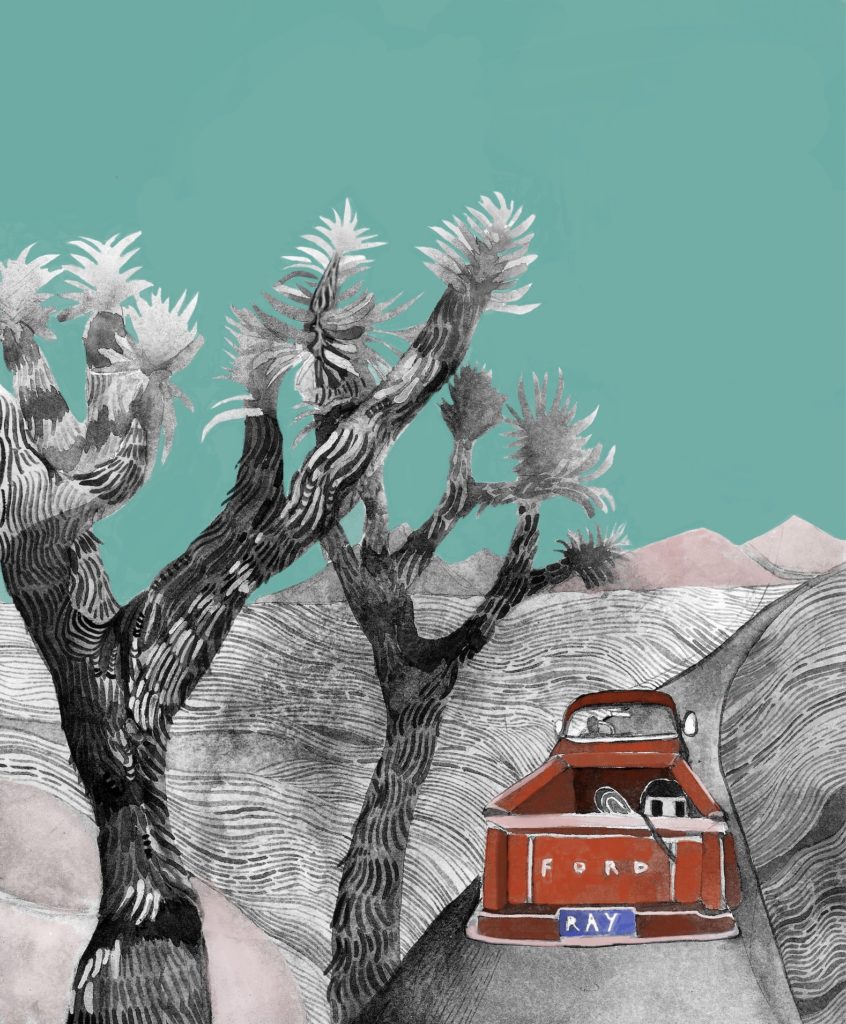