Legalize It! A Climber’s Thoughts 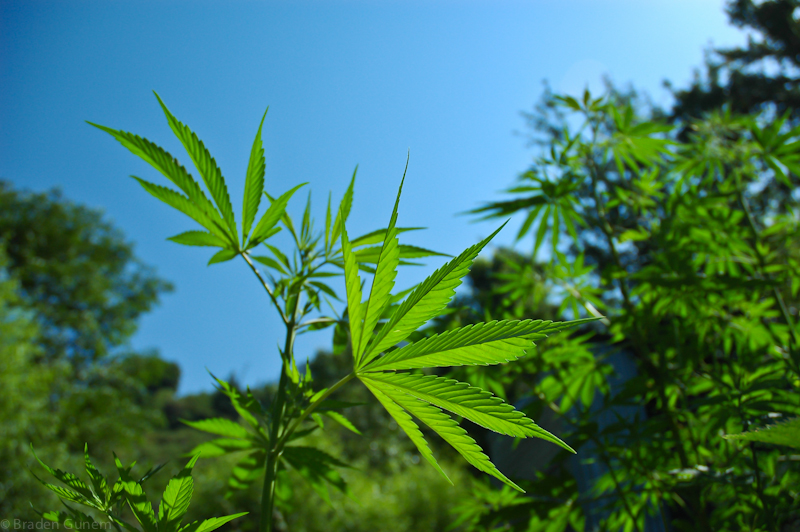 El Portrero Chico in Hidalgo, Mexico, is where we go to rock climb. It was New Year’s Eve, and we were there to escape the Colorado cold. The limestone walls soar into the heavens; tilt your head back to see vertical walls full of vegetation, walls where even palm trees grow out of the rock. 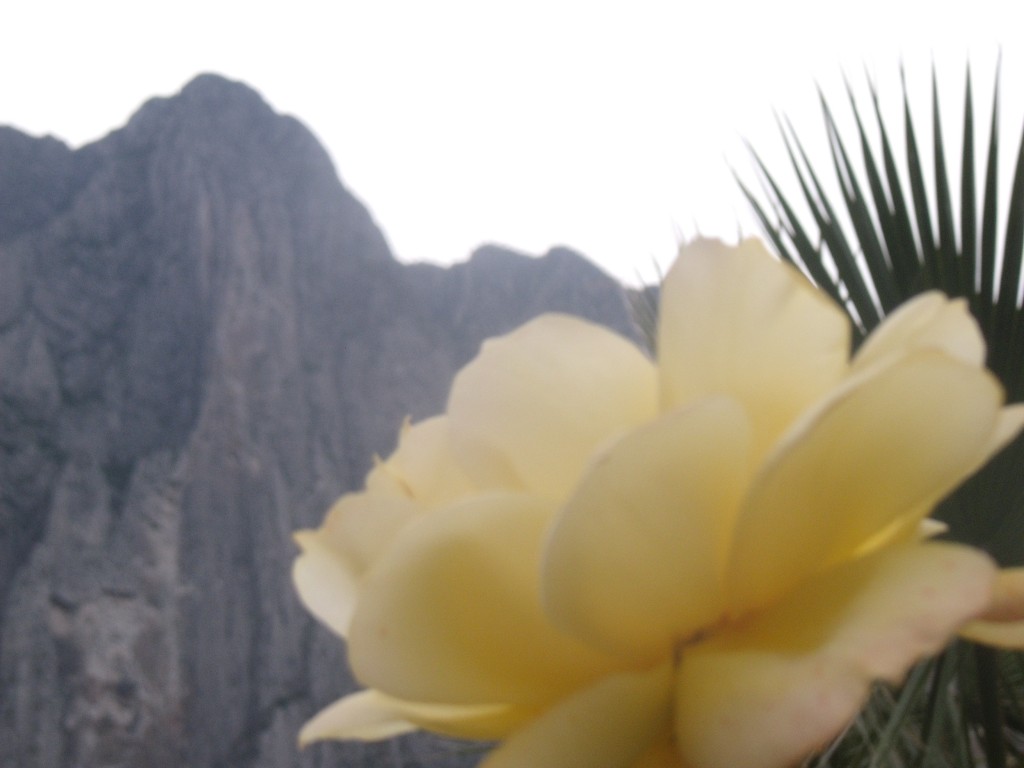 We are athletes, but we like to party. Even the best of the best rock climbers, the Spiderman types who dangle a thousand feet above the ground on vertical terrain without a rope, partake. Why is marijuana so popular with climbers? Perhaps it is that while climbing is an intense activity demanding focus and concentration, weed provides just the opposite experience.

We were on the hunt for some weed, mota, ganja, herb, whatever you’d like to call it, for a few days. Some years it’s easy to find; this year it was not. The word from fellow climbers is to not even bother trying. Gangsters control all the marijuana distribution.

Thousands have died in the drug war in the last few years in Mexico. Much of this death can be linked to the drug consumption in the United States. Even in Mexico, we don’t see it; we just hear about it. Hidalgo is a safe haven, a small town, where all the locals smile and wave.

This year we finally made friends with some locals from the nearby cuidad of Monterrey, the second largest city of Mexico. They are sweet, exotic and naturally open. They tell us about their culture, about the federales, who can and will harass anyone and everyone, for no reason.

In the United States, many of us have grudges against the police, but where we live in Colorado, the cops do mostly protect and serve. In Mexico, every person has the potential to be harassed by the federales. It was our amigas that eventually scored us weed, at a big climbing party on New Year’s Eve. It’s terrible, the type that high school kids smoke: brick weed that is brown and old.

If there is one experience in my life that has taught me patience, it’s the border crossing after the holidays. It seemed like the entire country of Mexico was going back to the United States after Christmas and New Year’s. We waited in traffic for hours, staring out the windows to the desolate landscape, to the vendors that sell statues of Jesus and the Virgin Mary, and elote, a version of corn on the cob with pepper spices and mayonnaise. People in wheelchairs, without arms or strange tumors on their faces begging for money, shacks next to the highway that make you sad, trash everywhere. We hear a lot of casual racism against Mexicans in the United States, especially the ones that don’t know good English and perform minimum wage jobs. How could we ever hate someone for doing a shitty job for little money? After a week in Mexico, I don’t blame them for coming up to Estados Unidos.

After five hours to cover less than five miles, we arrived at the border. A Subaru from Colorado must be suspicious, because our car was picked as one the border patrol would like to search. We’re prepared for a time consuming process of the cops going through all our possessions, looking at our climbing chalk and thinking it’s a drug or something, but times have changed, an infrared machine attached to a van scans over the Subaru in two minutes, and we are cleared to go. Freedom! 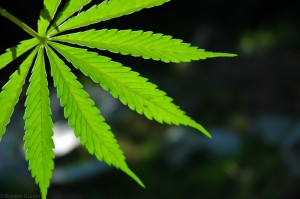 A couple more border checkpoints make me wonder how drugs ever make it into our country from Mexico. It’s hard to believe that the drug trade is a multi-million dollar economy, one that is tearing Mexico apart to feed the American appetite for a change of mood and perspective.

I’d been hearing talk and reading the daily, front page, features in the Denver Post. Medical marijuana is a booming business in Colorado. There are over a hundred dispensaries in Denver alone. Security companies have been getting more work from the related boom, and so have insurance companies and lawyers. A few cannabis colleges have opened up, offering seminars on everything from opening up a dispensary to cooking classes to presentations on marijuana laws. It’s been said that medical marijuana has been the only booming business in Colorado during our current recession.

The fiscal impact is interesting, patients are getting the medicine they need and a culture that has operated underground and illegally for so long is now on every block in the great city of Denver. Pot dealers used to be considered drug dealers. Now with the blink of an eye, marijuana can be purchased legally at hundreds of different shops.

There I sat with my good friend Jack in a friendly neighborhood dispensary, Colfax Wellness Center. All of the pot shops have goofy names like this: Alternative Healing, A Mile High, Sweet Leaf Compassion, The Kind Room, etc. In the waiting room, we sat patiently but eager for our turn to get a look at the pot. Next to me was an old man, who appeared as though his medical marijuana use was actually legit. His hands were shaking, but he must’ve been medicated because the guy was grinning from ear to ear saying how relieved he was that weed was finally legal, so that he didn’t have to worry about it anymore.

This was Jack’s first visit to a dispensary. He’d just obtained his card from a doctor in the same facility granting him the necessary paperwork, notarized and all, to purchase marijuana legally. His condition was pain from a separated shoulder. I’d begun my ventures into legal weed a couple weeks ago after receiving my medical marijuana card. My condition was pain from tendonitis.

While we waited, a gentleman who had some sort of important role with the dispensary gave us a tour of the facility, which included his opinion on all things weed. He showed us all the different kinds of edibles: suckers, ice cream, brownies and cheesecake, all the sugar products one could imagine with weed in them. He showed us the grow room. In the past, a grow room was an exclusive thing that the grower would only show the most trusted of friends. Growing operations have put thousands of Americans in jail in the past, and still do in places where marijuana is illegal.

The plant itself is magnetic and energetic, the brightest of greens. The grow room displayed the lights necessary to grow high quality indoor herb, and there were plants at different stages in the process. If we wanted plants, clones were available for purchase. As a medical marijuana cardholder, I can legally grow some plants myself. I can also have a caregiver grow for me as well.

After a lengthy wait, we were able to see the man with the weed. He looked like a guy who had already been smoking weed before coming to work, but I guess when your job is to sell weed, legally for a living, you are just sampling the product.

We sat opposite of him at his desk. On the desk were twenty different kinds of weed in jars with various names: Trainwreck, Skunk, Purple Haze, Ice O Later, Afghanny, Sage, etc.

In between yawns, the slightly overweight, lackadaisical middle aged man went into great detail on the kinds of pot, and the effect that each would have on the user. The Afghanny-Trainwreck, an indica, would get you wasted. His customers used that and gave him feedback, and they were attached to the couch after using it. Others, like the Sage, were sativa, so the effect would be energizing and stimulating, something he said one would use if she were about to rake the leaves. He went on and on; we just wanted to get on with our day. He had us cornered though, we were in his office, and we were locked into purchasing something. It felt like we were locked into a poker game. I bought some of his special suckers. Jack bought some weed, and after a half an hour of this infomercial like experience, we were on our way.

Many jobs have been created by legalizing and legitimizing medical marijuana. Or maybe it should be said those illegal jobs have become legal. It’s been a boost to the Colorado economy, creating jobs, serving medicine to those who need it and keeping people who partake and are involved in the industry out of trouble with the law.

How this will affect our neighbors, our brothers and sisters to the south in Mexico, is yet to be seen. If marijuana was legal in the U.S. and Mexico, would it no longer be controlled by gangs and federales? Would that then quiet the drug war in Mexico? Would fewer people be killed? Could marijuana be a viable, legal cash crop in Mexico?

Now that I’m done with this piece, I can let my mind go. I take a legal hit, and think of all those that obtain their weed illegally through the gangsters, through the illegal, corrupt Mexican drug trade, one that has claimed thousands and thousands of lives, and wonder if the trend towards legalization will continue?

Luke Mehall is the publisher of The Climbing Zine. This piece is featured in Climbing Out of Bed, available on Kindle and Nook.