Hippies, Dirtbags, and A Gift From Grandma 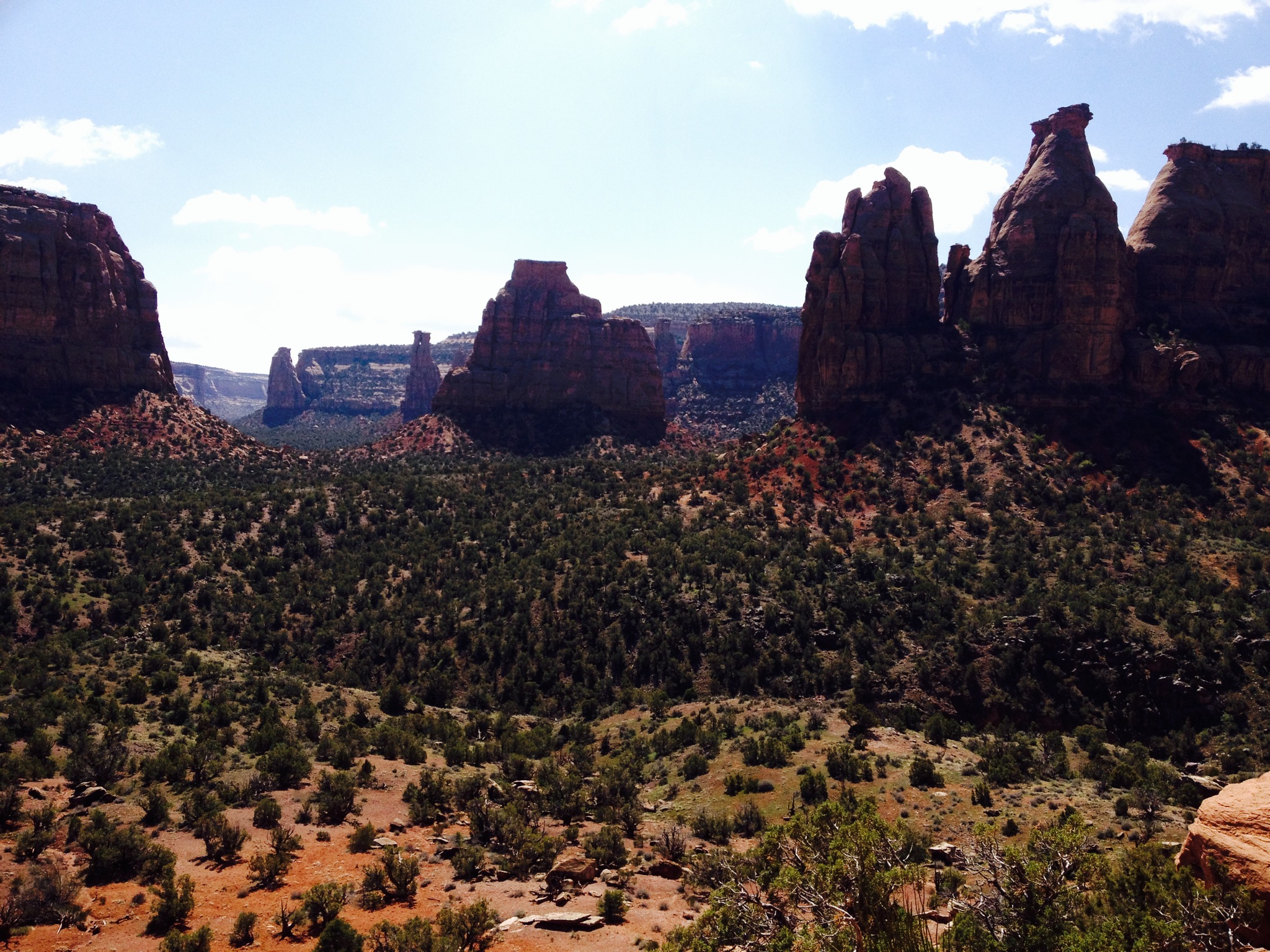 When I was in my later years of being a teenager I was convinced that I was born too late. I wanted to live in the 1960s. I was going through phases, searching for who I was, and I thought I was a hippie. I had dreadlocked hair, smoked pot, experimented with psychedelics, and constantly listed to Phish and The Grateful Dead. The problem was the Grateful Dead stopped touring just as I got into them, and therefore I thought that I’d missed something. There was really nothing I was interested in other than this lifestyle. I got by in school, taking those pills, and doing my schoolwork, but there was nothing I was passionate other than the hippie life.

by Luke Mehall, Publisher of The Climbing Zine (This piece is an excerpt from an unpublished book project.)

When I moved out west I was at the end of my hippie days, and evolved into a dirtbag, which really has a lot in common and nothing in common. The main thing they have in common is appreciation for living a life outside of the American Mainstream, and a lack of hygiene and frequent showering. The ultimate high for a hippie is the psychedelic experience, and the ultimate high for a dirtbag is the climbing experience, which are similar in a strange way, but those similarities can only be understood if both have been experienced.

Once I started to really be engaged with the dirtbag life, I finally realized that I’d been born at exactly the right time and space. What I was born to do was to travel and climb.

Of course this revelation is worthless if you don’t have anyone to share it with. Rock climbing demands partnership, friendship, an alliance that we are both going to share these ups and downs, trials and tribulations, highs and lows, and emerge from the experience a changed individual. It’s like a relationship in many ways, a certain chemistry has to exist, a certain amount of putting up with each other’s shit, and there has to be something in that other person that make you feel you’re becoming a better person for the time spent in the car, on the rock, and all that lies between. 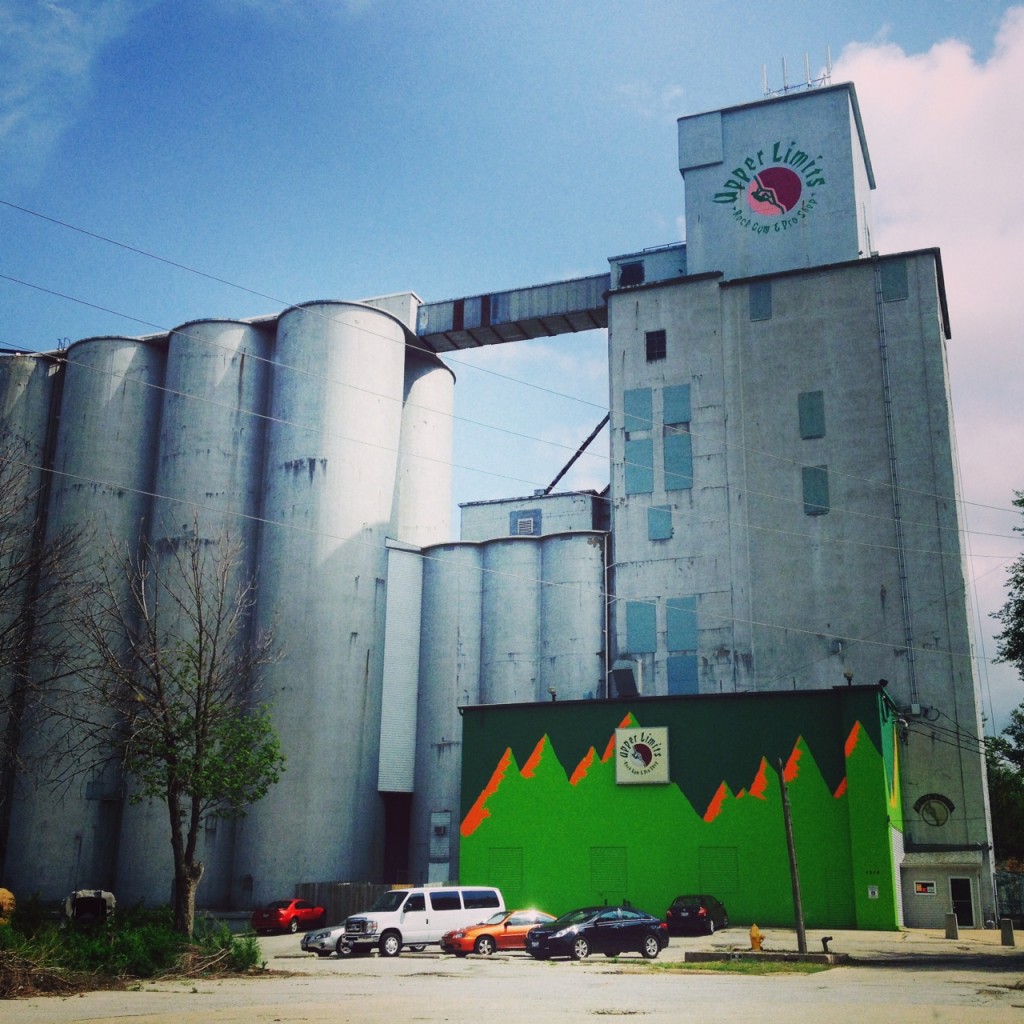 Where it all began for Tim and Luke, the Upper Limits climbing gym in Bloomington, Illinois.

Tim and I were high school buddies, and we both were intrigued with the hippie lifestyle. In high school, even in college, those similarities are enough for two young men to become friends. Once we entered the world of climbing, the real world, our friendship would be put to the test.

I convinced Tim to move out to Colorado from Illinois. He was in college out there, and I knew him enough to know he was hungry for something else. I suggested that he should visit Colorado, to see if he might want to live there. He did, and I gave him a tour of all the rocks I knew about near Gunnison. Soon enough he moved out and we were going climbing every weekend. And then quickly I learned that he had something, bravery I didn’t have but wanted, a spirit that was key to unlocking the gate to the mystical world of climbing.

In those days Tim had a purple truck. It was that purple truck that took us on our early adventures around Colorado: to Eldorado Canyon near Boulder, Turkey Rocks in the South Platte, and the Black Canyon, the closest big walls near Gunnison. Somewhere in between me taking Tim climbing for the first time, and this Yosemite adventure I’m about to tell you about he surpassed me exponentially in climbing ability. He was stronger, braver, and more efficient. It was my will to take Tim climbing for the first time, and persuaded him to move to Colorado, but soon it was his will that I was subjected to, where Tim wanted to climb, I followed.

Perhaps because Tim was so brave, my own inner strength was still in its developing stages. Like many climbers will do I was struggling with fear. I had an occasional mystical breakthrough like I did on Devil’s Tower, but for the most part my climbing ability was on a plateau because of doubt and fear; those unreasonable emotions that become obsessed and must be dealt with or your life is going to be a shameful one.

Perhaps my fears were warranted. I’d already had several close calls, which brought me closer to death than I’d ever been before. When one gets closer to death, you also feel alive more, but that is a complicated thing, and no one wants to be too close to The End when he is only arriving at the beginning of truly living life.

The first incident happened in Taylor Canyon, a granite haven, just twenty minutes from Gunnison where we’d escape to whenever we could. Taylor was a mystery in those days. There wasn’t much of a guidebook, only an incoherent pamphlet of information, so discovering climbs was a slow process that relied on word of mouth, and trial and error. 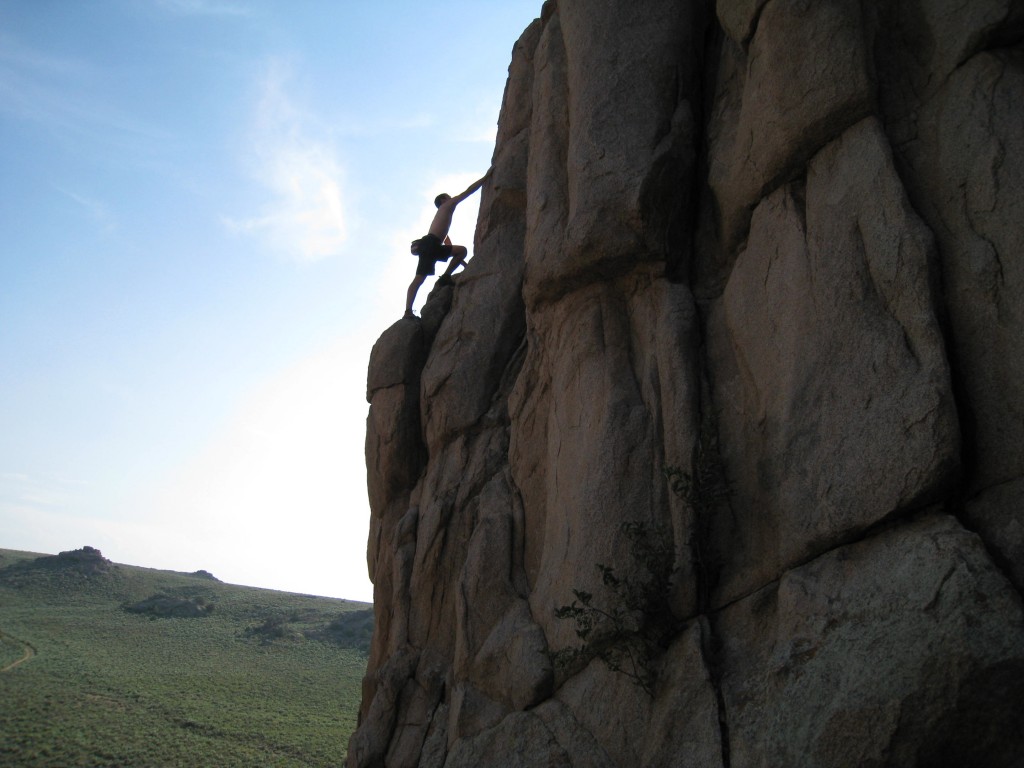 Well we found a route, a short one, fifty feet tall, that I was able to lead up, clipping bolts and standing on edges. At the top I reached two bolts and clipped in, planning to untie and thread the rope through the chains attached to the bolts. This is a common practice a climber will do hundreds of times throughout their life. When I untied I made a classic mistake, not tying the rope into the anchor, and I dropped the rope. There I was hanging off two bolts, fifty feet in the air with no rope. I started frantically yelling to my climbing partner, and felt that I needed to make a decision right then and there. What I should have done was patiently wait at the anchors until my partner found a way to hike to the top and drop the rope to me. Instead I unclipped and free soloed to the top, climbing fifth class terrain in an erratic, adrenaline filled manner. There was a reason the anchors were placed where they were, the rest of the rock leading to the top was loose and unstable. Fortunately I made it to the top and found a gully to down climb back to the ground, my heart thumping, and a general feeling of lack of control.

Another incident happened in the desert just a couple hours west of Gunnison, near Grand Junction. We were climbing at an obscure crag in the Colorado National Monument, an area that is like that classic cowboy desert of sand and red rocks. I was with Josh and Jerid, two boys who grew up in Junction, and were as hooked as I was on climbing and the life. Jerid went to school with me at Western State, and Josh was his best friend, who was an angelic soul, but was on house arrest for simple sinning that young men in their early twenties will do.

We found our way to the Devil’s Kitchen, a series of freestanding red rock formations rising maybe seventy feet in the air, with some crack climbs here and there. We each had a couple of Camalots, spring loaded devices that one can place into cracks and clip a rope to, which when used correctly will stop a fall. My Grandmother had just given me a #2 Camalot for Christmas a couple months before and I was eager to use it. The three of us stared up at this crack, starting with low angle hand jams, and then moving left over into a roof that had another crack running through it.

Somehow I ended up being the one who would lead it, so I racked up with all the gear we had. I climbed up the first thirty feet, jamming my hands and feet in the crack, and then moving left into overhanging roof. As I hung from the roof I had a desperate feeling that I needed to get some gear in. My last cam was fifteen feet down and five feet over to the right. The more I thought about my situation the more I was losing control, that is what you need in the vertical, control, mastery, a feeling that you have a grip on the situation. I was soon hanging there, almost horizontal, and moved my hand out of the jam out, and then I slipped.

Death winked. The end. No control.

It happened so quickly. I was flipped upside down and in one brief instant I hurled face first towards the ground. And then I looked to my belayer, Jerid. I was hanging five feet above the ground and looked into Jerid’s eyes. I quickly flipped my self back around Jerid lowered me down to him. I looked at Josh and instantly hugged him. I cried from fear, but I was uninjured. 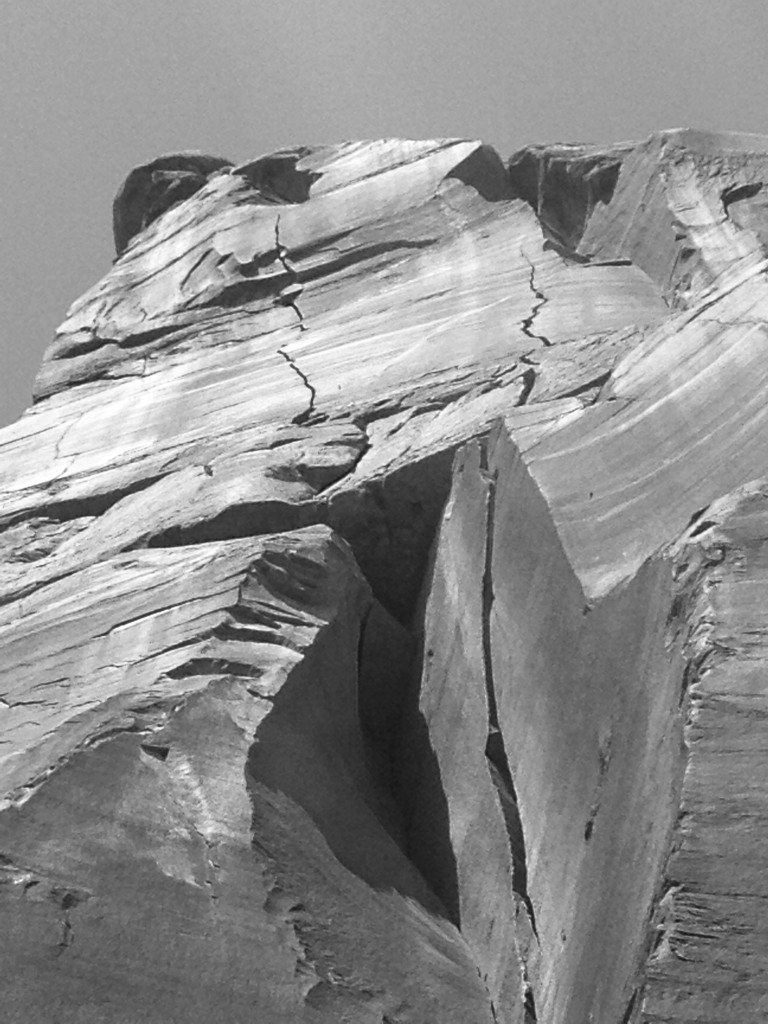 I flipped upside down because the rope was behind my legs when I moved into the roof. I’d made a very beginner mistake. I should have placed protection in the horizontal crack before moving into it. I was doing what many beginner climbers do, learning by mistake. But the mistakes in climbing always are attached to living or dying.

I only lived out of chance, luck.

Perhaps there were spirits looking after me, or perhaps I placed that #2 at just the right location. A few more feet lower and I would have landed head first on the ground, a forty foot ground fall. Instead it was a thirty five footer into the air.

I never did tell Grandma that her Christmas gift saved my life.

Powders of Persuasion by Luke Mehall (from The Desert)
June 3, 2022

Events We Support: Get Complimentary Zines for YOUR Event
December 21, 2018