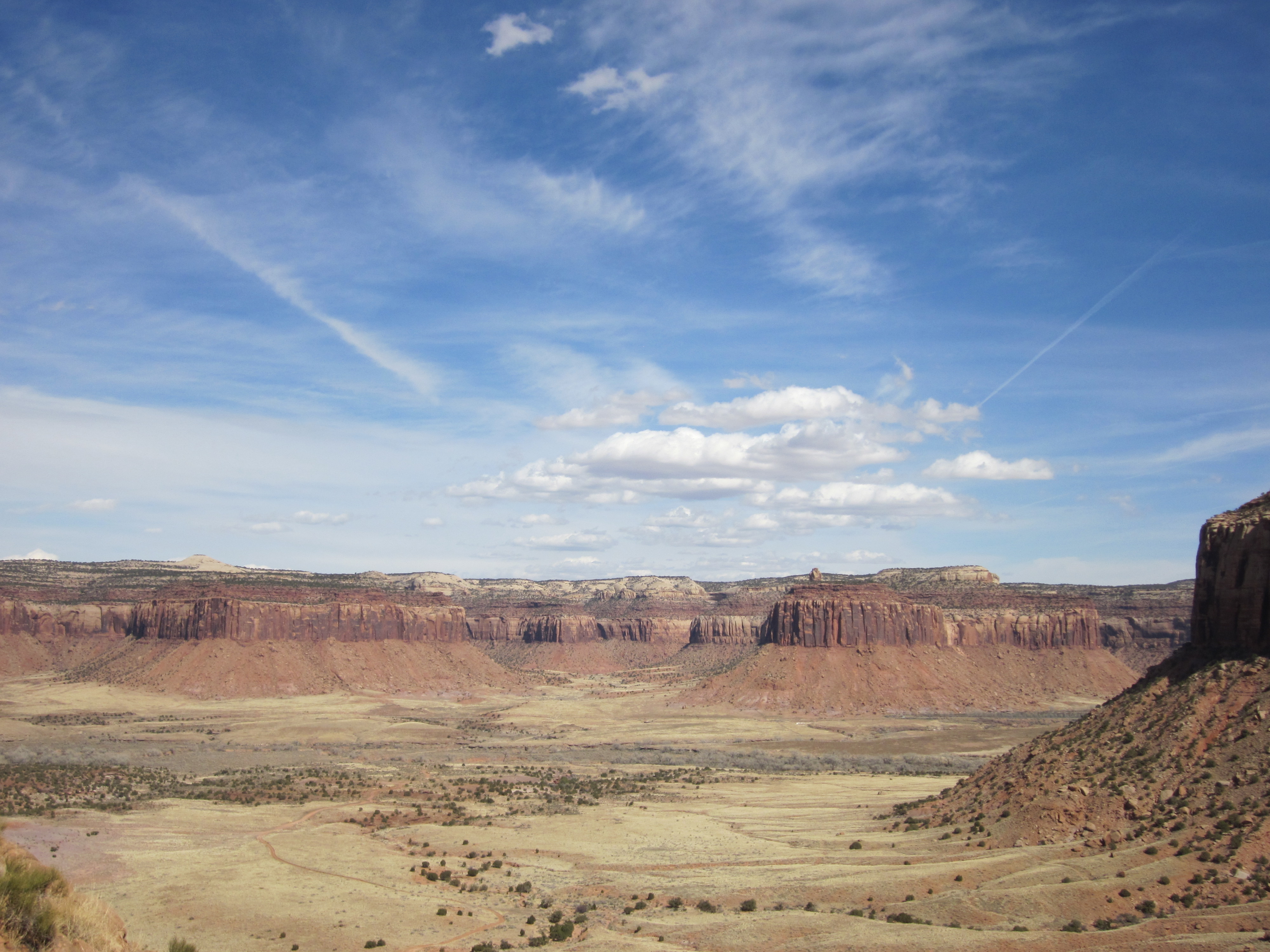 There’s a joke amongst locals that Indian Creek is the best rock climbing area in Durango. Located close to the southern edge of Canyonlands National Park in Utah, a mere 2½ hours from town, Indian Creek is a premier sandstone climbing destination that attracts climbers from all over the world. With climbers that make pilgrimages from so far away, it’s easy to see why Durango residents feel like the famous gem that is Indian Creek is in their back yard.

But as the area becomes more popular and use is increasing, some local climbers have risen to the occasion to protect it, most notable notably through involvement with Friends of Indian Creek (FoIC).

Some climbing history of this unique canyon: the native people were surely the first to scale the red rock in one way or another, and their petroglyphs and house ruins can still be seen today. Modern climbing began in the early 1960s, but things didn’t really get going until 1978, with the invention of the spring-loaded camming device. The contraption is essential in protecting climbers from falls, particularly in the perfect parallel cracks that define Indian Creek. Since that important invention, the popularity of Indian Creek has only increased, and today it is more visited by climbers than ever.

The land that Indian Creek is situated on is mostly Bureau of Land Management (BLM) property, although some is owned by the Nature Conservancy, including the most popular climbing spots, the Supercrack and Battle of the Bulge buttresses. This mixture of ownership is enough reason to have a climbers’ advocacy group. However, the No. 1 issue that FoIC addresses is actually No. 2.

“Poop is a big issue,” said Sam Lightner Jr., president of FoIC. “It doesn’t break down well in the desert environment.”

Friends of Indian Creek, which was founded in 2004, has played an essential role in lessening the impact of human waste, which was listed as a major concern in the BLM’s 2005 environmental assessment for the area. The group has raised funds to install several toilets at popular areas, and human waste bags are available where there are no toilets. This fall, as part of National Public Lands Day, with the BLM and a crew of volunteers, FoIC installed toilets at two major camping areas, Super Bowl and Creek Pasture. They also did some trail work so campers can access the facilities without harming the delicate desert environment and crytobiotic soil.

Steve Smith is a Durango climber and FoIC board member who helped out with the improvements. A chemistry teacher at Animas High School, he felt the calling to help out because of his deep appreciation for the area. “The Creek is an important place to me because it’s beautiful,” Smith said. “There is a stark beauty there that is unique to the Southwest. The climbing is also unique; it blends strength and technique in a very distinct way.”

Smith says that the work he’s done with FoIC involves talking with land managers, restocking the waste bags, and working on selling T-shirts as a fund-rasier. He credits the Durango community for being supportive and proactive through FoIC. “At the recent Public Lands Day, Durango was highly represented, including a large crew from the Fort Lewis College climbing club,” he said. Backcountry Experience and Kling Mountain Guides have also hosted events that have raised money for FoIC, including the recent Reel Rock Tour fund-raiser at the Abbey Theatre, which garnered $750.

Amanda Kiessel, a Backcountry Experience employee who helps organize the fund-raisers, noted that it’s important for the store to support preservation efforts for a couple of reasons. “We want to support organizations that protect and preserve the playgrounds our customers enjoy,” she said. “It’s where we go for staff retreats. We love Indian Creek, too.”

Smith feels that a little effort goes a long way when working with land managers. “The biggest accomplishment of FoIC is developing positive relationships with these folks,” he said. “Having positive relationships requires simple consideration for their needs and perspectives. It’s really a case of people being nice to each other and being willing to help each other out so both groups get what they want.”

The BLM is quick to agree that the FoIC has done a great job representing climbers. Bob Leaver, outdoor recreation planner for the BLM Monticello Field Office, says that he’s been overwhelmed with the number of volunteers who have shown up to help with recent projects. “There is a sense that these folks really want to give back to the area,” Leaver said. “This year we had 97 volunteers for our two projects at Indian Creek.”

Leaver noted that in addition to FoIC, other groups have contributed efforts to improve Indian Creek, including Rocky Mountain Field Institute, the Access Fund, and the American Alpine Club. Earlier this year, FoIC received the BLM State Director’s Public Lands Partner award for its efforts at Indian Creek.

Another mission of FoIC is to keep the camping free of charge. There are no fees to camp or climb in Indian Creek, and it is perhaps the most well known climbing area in the West that remains so. These are just two more unique features of Indian Creek, and when complimented with the views and landscape of the region, it is regarded as one of the best places to climb in the world.

“It’s got a quintessential Western view, a John Wayne-looking place; it is the classic American desert,” Lightner said.

Lightner, who has been working with climbing-related access issues since the 1980s, feels that Indian Creek is in a good place with regards to keeping the area open to climbers. Because of that, the scope of FoIC is broadening to encompass other areas and issues. The group is working to get a climber-friendly policy in place in Arches National Park, something that could also impact climbing policies in Canyonlands, as the two areas are governed by the same office.

Back on the Indian Creek radar, there is currently a push from San Juan County to have an OHV trail pass through Creek Pasture, one of the main Indian Creek campsites. Friends of Indian Creek would like to see the BLM revisit the idea and perhaps make the road avoid that campsite.

“In the next few years, we are also hoping to get a walk-in campground for climbers to use,” Lightner added. “Someplace where you could camp for a weekend, and not have to drive your car, for example, a place located by some of the climbing walls.”

Smith noted that it is everyone’s responsibility to protect Indian Creek and the unique experience that the area provides. “We must continue to use simple considerations as climbers: closing gates, controlling dogs around cattle, obeying closures for raptors, not climbing above or near petroglyphs, and helping to improve the high-use areas like at the Public Lands Day. A little bit of effort goes a long way.”

Luke Mehall is the publisher of The Climbing Zine, and the author of Climbing Out of Bed.