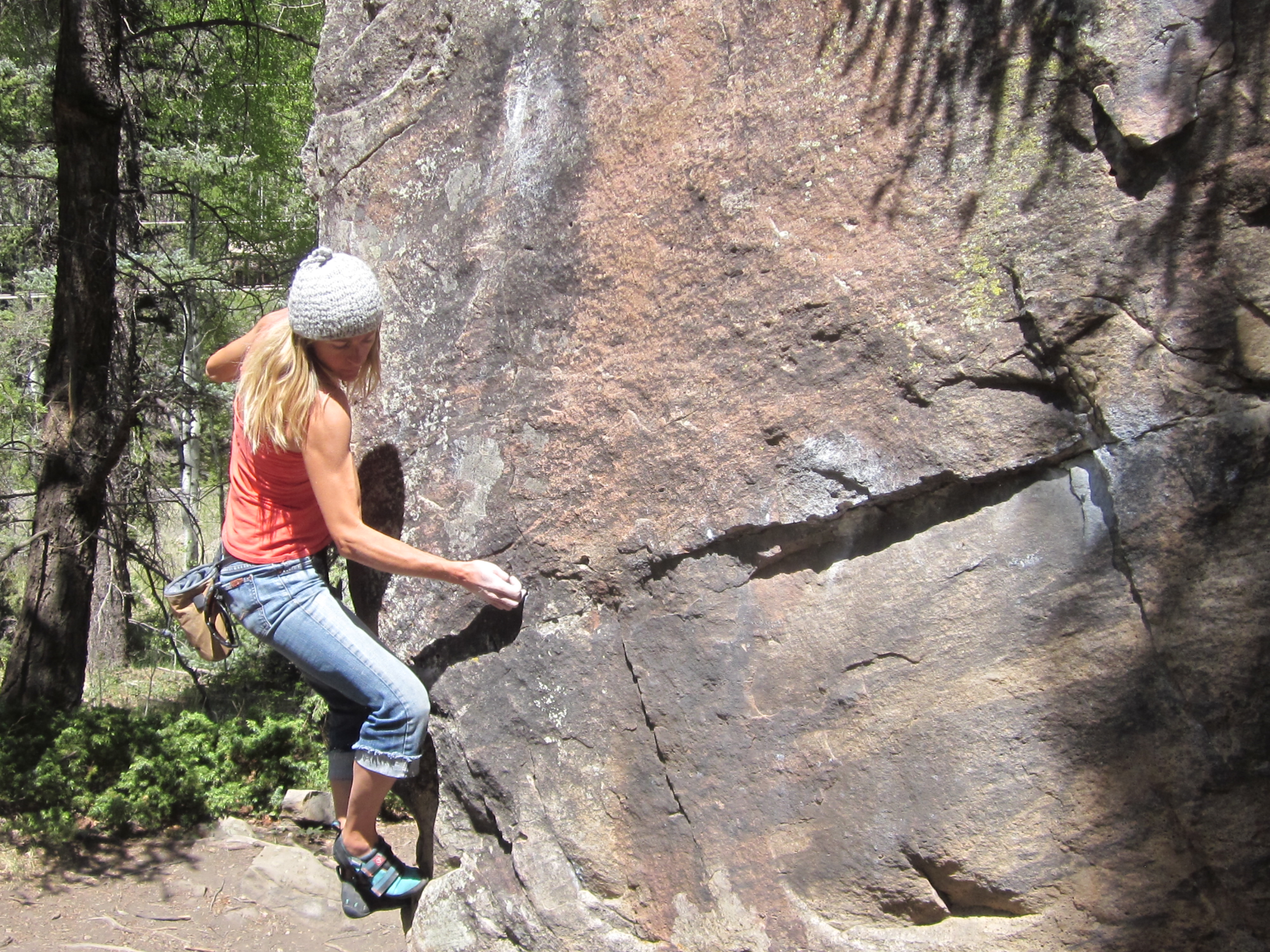 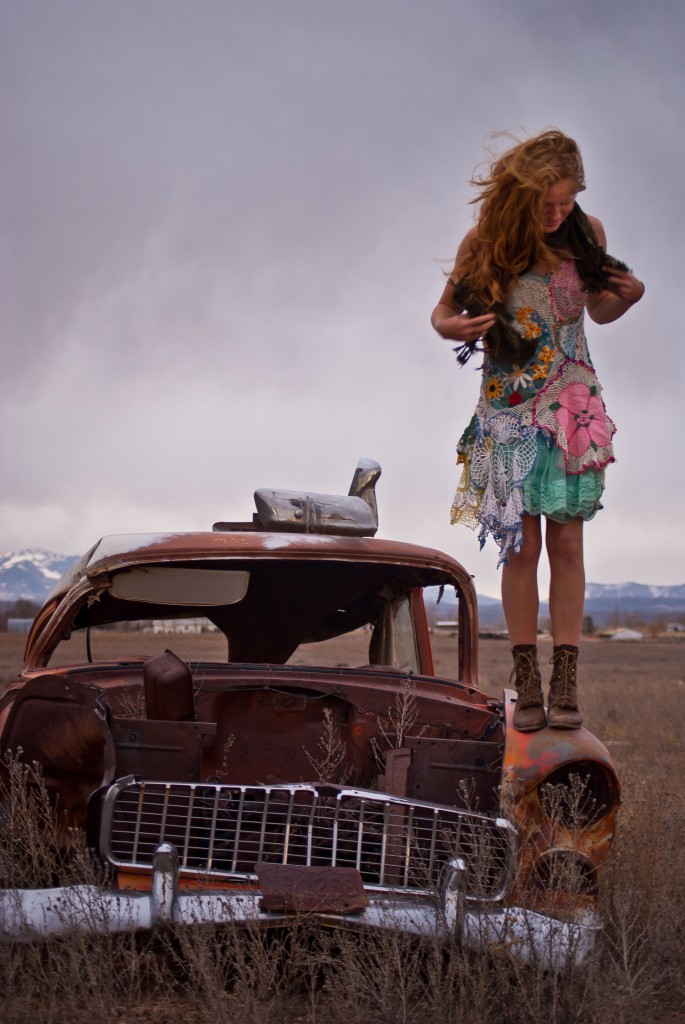 There are many sacrifices and struggles to live the dirtbag life, but my most major gripe has always been women; there are not enough of them within the dirtbag culture. Many nights spent at campfires within various climbing areas, where the men outnumber the women five to one, support this complaint. However, that all changed when I moved to Durango.

Durango is an anomaly of mountain towns, because there seems to be an even ratio of men to women that are interested in the outdoors. Typically, mountain towns seem to attract more dudes than ladies, but not here. We’ve got beautiful women of all types who ski, boat, climb, bike, hike and camp in the great outdoors. And, over the last few weeks I interviewed a few of them, to get their take on dirtbagging it in Durango, and beyond.

Kat and I had been playing phone tag for a few days before I finally tracked her down. She would either be working in the field for a week at a time, or out on an adventure in the wilderness somewhere. She’s an avid rock climber, who lives out of her truck, and works as an outdoor educator. Originally hailing from Maryland, the 23 year old fell in love with the dirtbag lifestyle after working at a camp in New Mexico, followed by an internship with Outward Bound. She openly expresses the happiness and joy she’s found through committing to a life the great outdoors.

“I’m definitely a dirtbag,” Kay says. “I could have definitely pursued a career path where I made more money, but I’m really happy with the life I live.”

For Kat, her climbing experiences led her to living the life she does. “I’ve never done anything that makes me so focused and in the moment all day. Once I tasted that, there was no turning back.”

She also feels that it is easier to “get away” with some of the techniques use, as a woman. “People just don’t expect it from the ladies. It’s a thrill to live on the fringe of society.”

Kat described once instance where she unknowingly ended up sleeping on a farmer’s property in her vehicle, and he discovered her. “He was really angry until he realized I was an innocent, young woman. His family ended up inviting me in, and making me dinner.”

Like many women in Durango I’ve talked to, Kat really enjoys having outdoor adventures with other ladies. “It’s very empowering, and there’s less ego than with men.”

Ultimately Kat feels the dirtbag lifestyle allows her to transcend into a higher state of freedom and consciousness. “There’s just something about defying the set pattern of society. My independence from living as a dirtbag unlocked a door of personal freedom, and what is best for me.”

Even at the ripe age of 23, Kat realizes that women are less likely to live in a dirtbag fashion for as long as men do. “All women should start dirtbagging when they are young,” she advises.

My roommate and landlord, Renee, is another local woman who could be considered a quintessential female dirtbag. She’s lived out of her truck with her boyfriend Andrew, climbing and camping all over the United States.

“For me being a dirtbag is all about forsaking money for the purpose of a dream, and being able to travel,” Renee says.

She’s also incredibly creative with her resources partaking in dumpster diving, and knitting her own gifts and clothes. She and Andrew have several chickens and an elaborate garden that supplies food in the warmer months. She’s incredibly generous, and when they lived along the river trail last year, she would give zucchinis to strangers.

At 25 years old, Renee is quite young to be both a dirtbag and a homeowner, but she plans to use the house as a way to provide income through renting, and still be able to travel and climb.

Like Kat, Renee feels a strong bond with other female dirtbags, “I grew up in Southern California, and didn’t get along with other women. I just thought it was me and then I moved to Durango, and met so many rad chicks with similar interests.”

Renee also feels the women of Durango, and other various mountain towns are forging a new identity of a western woman. “When you hear stories about the wild west and mountain people, it’s almost always the story of a mountain man. The mountain woman is still emerging to define herself.”

Of all the dirtbags I’ve interviewed for this column, my new friend Rose has been the most elusive. Initially she was excited to be interviewed, but then began avoiding my phone calls to meet up. When I saw her at a get together, she apologized for blowing me off, and just said she didn’t want her name to be in paper. She finally agreed to an interview when I told her we could use a different name to protect her identity.

Rose, who is 32 years old, has lived a life of dirtbagging and adventure. She’s climbed and traveled to: Africa, China, India, Nepal, Egypt, Turkey, South America, and Mexico. While in Africa she climbed Mt. Kenya and Mt. Kilimanjaro, and has also done big rock climbs in the Black Canyon. Among her occupations are: waitress, barista, nanny, landscaper and house sitter. For her the dirtbag life has always been about reducing expenses, avoiding rent, and then spending all the money on adventures.

Rose especially values her adventures with other women, especially those that are strong and independent. “Women can tend to be insecure, and it is great to find those that are not like that. My friends and I can do things that really strong men can do, and that is really empowering. We use our time in the outdoors together to catch up as well. The women I do stuff with in the outdoors are also more flexible, polite and accommodating than some men I’ve climbed with.”

While Rose has already seen more than many people will in their lifetime, her journeys now are more inward. She tries to focus more on relationships, and being grounded. Along with this, she feels her outdoor experiences, though less frequent, are richer.

“I enjoy climbing more now, I don’t equate my performance with who I truly am,” she says. “Just focusing strictly on outdoor activities isn’t going to make me a happy person.”

Rose has lived in Durango now for nine years, and says she never expected to stay here so long. Part of the reason she has stayed is the community, people who strive to live a healthy, balanced life. “We grow up later here in Durango, there’s not as much societal pressure to live in a certain way like there is in other parts of the country.”

As for the future, Rose strives to maintain her physical fitness and pursuits, build a career and strengthen relationships with those that are important to her. “I feel like you really can have it all in Durango.”