Dirtbags with iPhones, How modern technology helps make the dirtbag dream a reality 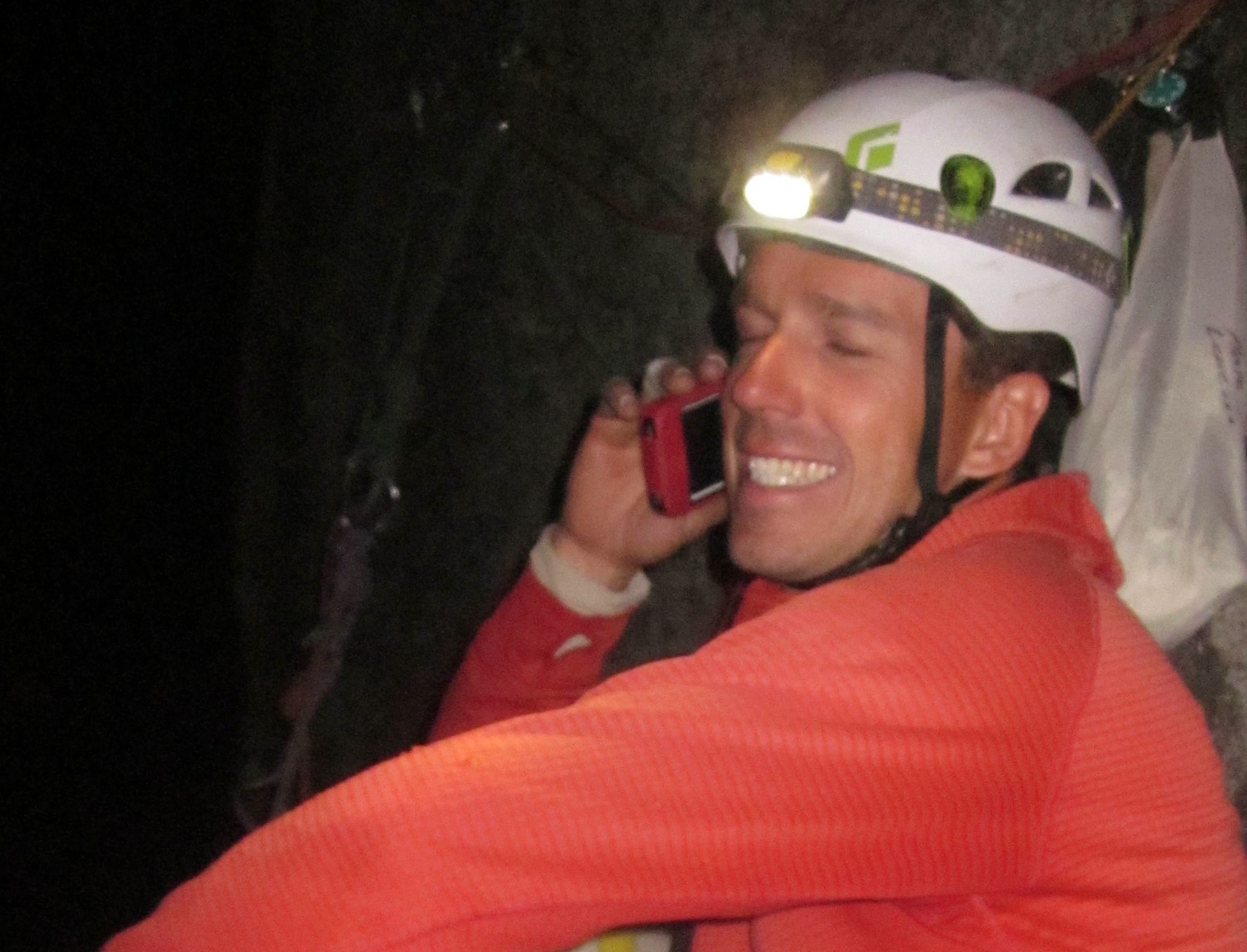 The way of the dirtbag is a simple life: maximizing recreation while minimizing responsibility. Life as free as the wind, work as little as possible, and spend mucho time in the outdoors doing what you love. As a rock climber, in my twenties I lived this lifestyle to the maximum: I’d wash dishes all summer in Crested Butte, and then move closer to the equator when winter rolled around to places like El Potrero Chico, Mexico, Red Rocks in Las Vegas, or Joshua Tree, California.

It was fun while it lasted, but I always felt the yearning for something else. The bottom line was that something essential was missing, other than figuring out elaborate strategies to avoid rangers that wanted to bust me for camping over the 14-day limit, I was rarely using my brain. So I did what a lot of dirtbags do when they get tired of being poor, I got a real job. That lasted a few years until I wanted to live like a dirtbag again. I missed it. I wanted back in baby! So I became a born again dirtbag, or a part time dirtbag, a workbag, whatever you want to call it. I wanted to still use my brain, work hard, but still have a similar freedom of when I lived wild and free. Fortunately advances in technology allowed for the marriage of responsibility and irresponsibility; to do meaningful work these days you often don’t have to clock in.

My last days of living the hardcore dirtbag lifestyle were in Joshua Tree, circa 2006. Many advances in technology were on their way, but most were out of reach for someone living at a low level of income. I made my phone calls on a pay phone, socially networked with Myspace (remember Myspace?) at the local library, and didn’t own a computer. It was 2006, but it easily could have been 1976, well sans Myspace.

While I was basking in my dirtbagdom in Southern California, the great and late tech giant Steve Jobs of Apple, was creating a world that would soon put tools in the hands of low-income dirtbags such as myself. Before he was the CEO of the most valuable company in the world, Jobs was a minimalist hippie, who studied Zen and took pilgrimages to India. He valued simplicity and intuition. As the computer revolution evolved Jobs saw a future where the power of the media would be put in the hands of everyday people.

Of course Jobs wasn’t singlehandedly doing this work, he was simply the most iconic figure to do it. Plus, with Jobs’ background he is the easiest for me to relate to. He listened to Bob Dylan, valued a simple life and loved wild places. He was married in Yosemite, with a wedding cake made in the shape of Half Dome. Unlike Bill Gates, the other icon of computers, Steve Jobs seemed like one of my people.

When I think about my people, I ponder how many artists and athletes that are living the dream. Photographers have always been a source of envy. They travel the world, see beautiful places, and record what they witness. Filmmakers work in a similar way, though the hours they work are certainly not enviable. The most savvy of writers also travel the globe and write about what they see. There is no doubt that modern computers and technology have made these jobs more accessible, and have allowed for these folks to live with more freedom.

Sitting here looking at the technology I use as a writer I’ve got a MacBook I bought used for two hundred dollars, that allows me to work wherever I am, and if I have internet access I can publish and promote my work for free. I have a hand me down iPhone from my Dad, and a digital camera that fits in my pocket. In just a few short years I’ve gone from having basically no technology to having everything I need at my fingertips, and I’ve only spent a few hundred dollars.

The ultimate expression of us outdoorsy folk is to say we’re “living the dream”. Sometimes the dream gets old, we miss the benefits of civilization and end up returning to the lifestyle we were running away from. All of the sudden I feel like there is a new middle ground emerging, and it’s exciting to be a part of. A modern way of living the dirtbag dream, with a new power at our fingertips.